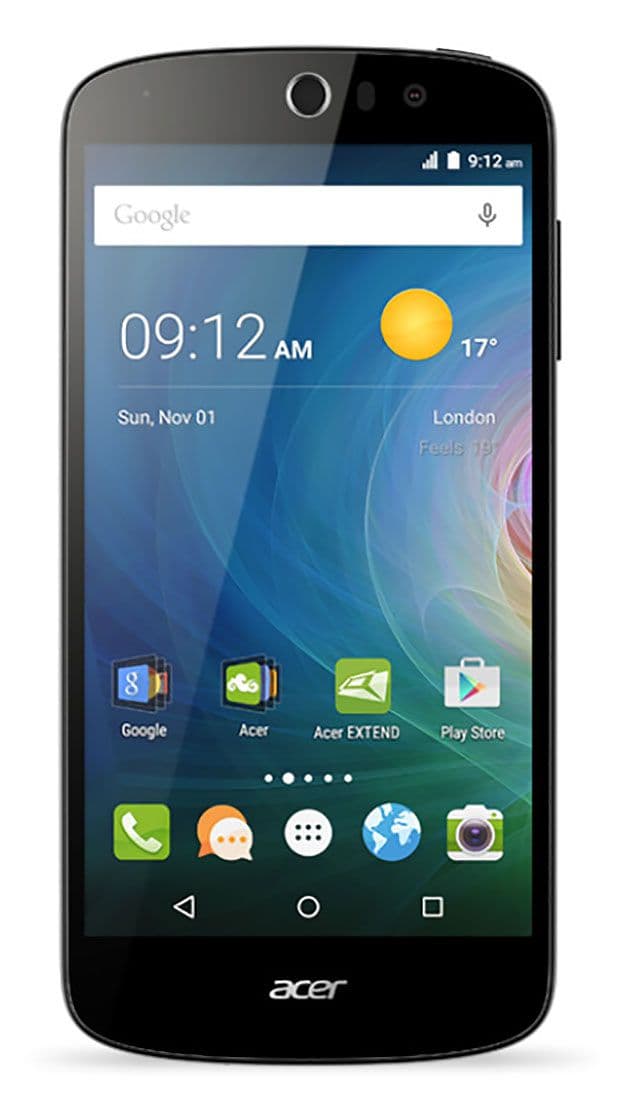 This is a smartphone on Android 5.1 Lollipop with a usual good processor, with a large touchscreen size, with  the usual main camera for photos and video, and the front camera here turned out to be absolutely ordinary. And Acer Liquid Z530 has such features: a slot for two SIM cards.

Acer Liquid Z530 is smartphone of 2015, which was officially announced in September the world′s electronics manufacturer — the company Acer. In addition, this smartphone supports the work of two SIM cards, here you are, and please, the first reason for buying this model (or any other dual-smartphone from the catalog).

In 2015 this new model works out of the box running the Android operating system 5.1 Lollipop. But in the market of android-smartphones an important factor when buying a new device is the possibility of updating it to a fresh version of the OS. So Acer Liquid Z530 has not received any software updates, which is very sad, so we advise you to look at other DROID-smartphones in our catalog.

The screen Acer Liquid Z530 is made using the IPS LCD technology and has a diagonal 5 inches. Such a large main touch screen certainly affects the dimensions of the case, which has a thickness of 8.9 mm. Also inside the case is a battery with a capacity of 2 420 mAh.

Let′s briefly describe the cameras in Acer Liquid Z530. The main camera got 8 MP and it is not double, but usual with one module. If you want to buy smartphone with dual camera, then goto in our catalog.

Frontcamera on 8 MP. Do not say that this is very much, is in our catalog selfie smartphones, whose frontcamera will be an order of magnitude better.

The speed of the smartphone affects not only the optimized software (the newer Android, the better), but also the characteristics of the hardware: the processor and the amount of RAM. Acer Liquid Z530 has 4-core Mediatek MT6735. You can select the RAM 1 GB or version 2 GB.

Available versions Acer Liquid Z530 with different amount of built-in memory: 8/16 GB. Note that the more memory, the more expensive the smartphone. And if there was not enough internal memory, then you can save the necessary data on the memory card microSD .

The smartphone Acer Liquid Z530 began to be sold in October 2015 . Evaluation of the characteristics, probably, you have already folded, and if not, here is our result. Acer Liquid Z530 is a fast smartphone with a large screen and a conventional main camera, and the front camera did not turn out super cool. And to all this we add that the battery, unfortunately, is weak here. 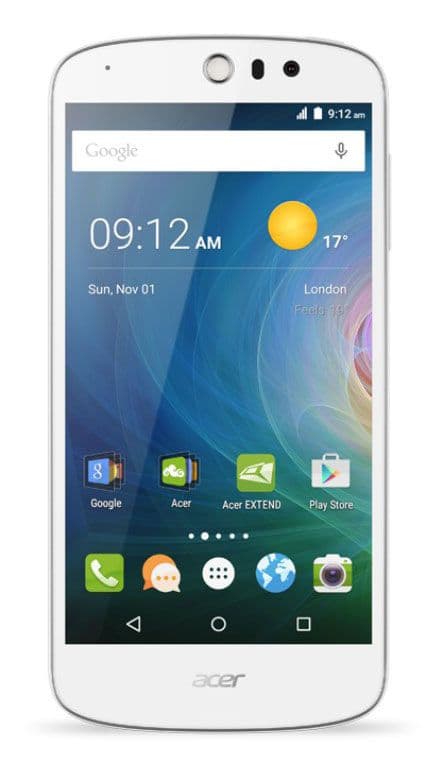 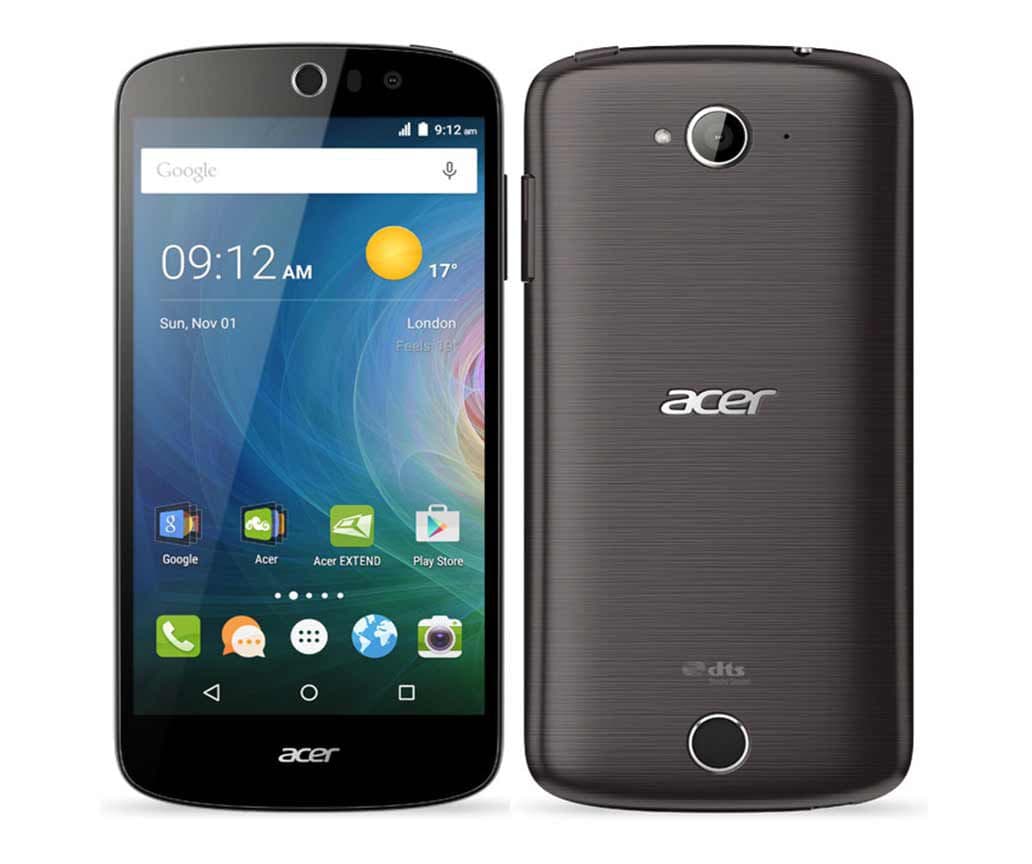 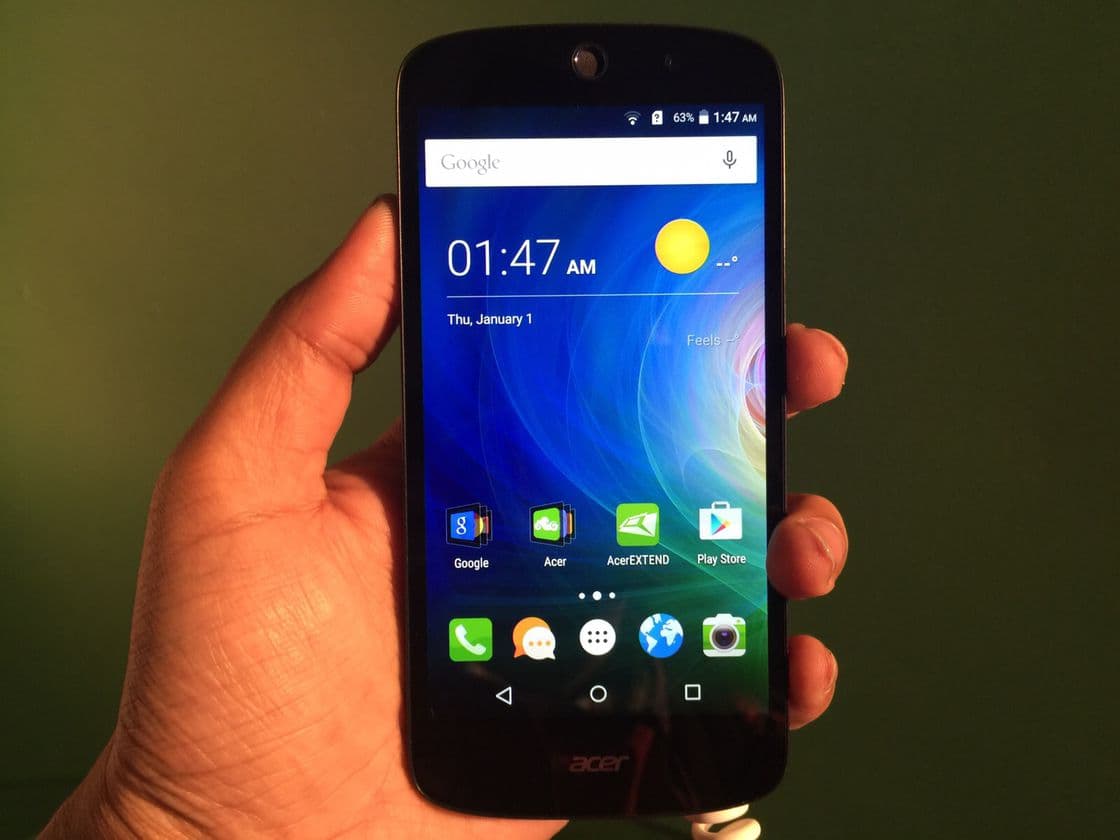 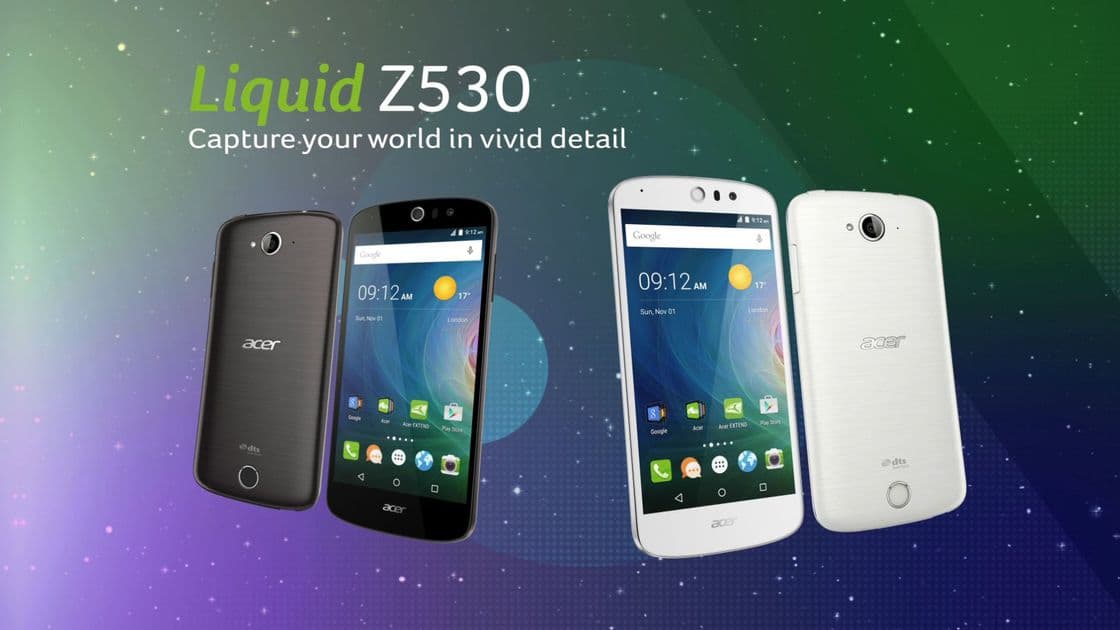 At the moment there are no similar Acer Liquid Z530 models on sale smartphones. We recommend for you look in our catalog DROID-Smartphones.