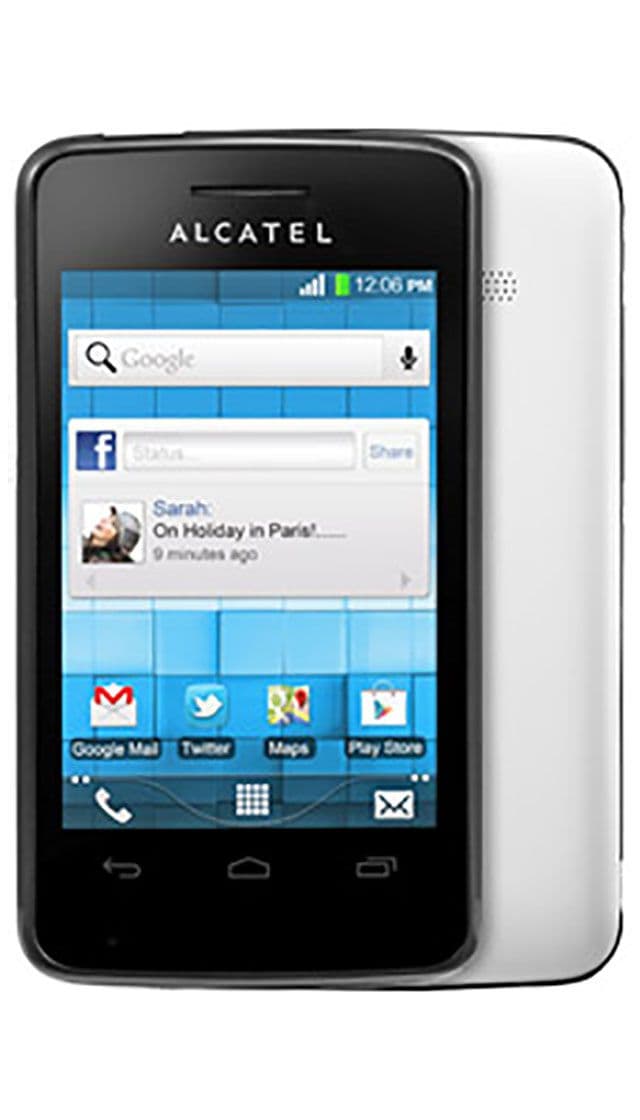 This is a smartphone on Android 2.3 Gingerbread with a not very fast processor, with a small touchscreen size, with  the usual main camera for photos and video, unfortunately, there is no front camera for this model. And Alcatel One Touch Pixi has such features: a slot for two SIM cards.

Alcatel One Touch Pixi is smartphone of 2013, which was officially announced in August the world′s electronics manufacturer — the company Alcatel. In addition, this smartphone supports the work of two SIM cards, here you are, and please, the first reason for buying this model (or any other dual-smartphone from the catalog).

In 2013 this new model works out of the box running the Android operating system 2.3 Gingerbread. But in the market of android-smartphones an important factor when buying a new device is the possibility of updating it to a fresh version of the OS. So Alcatel One Touch Pixi has not received any software updates, which is very sad, so we advise you to look at other DROID-smartphones in our catalog.

3.5 Inch TFT touchscreen occupies almost the entire area of the front panel of the smartphone Alcatel One Touch Pixi. Case thickness 12.2 mm puts the battery in it in capacity 1 300 mAh. As a result, these three important characteristics give us such an idea of the device — small smartphone with very thick case and weak battery.

The main camera on 2 MP located on the back of the smartphone.

After a lot of leaks, we now know all characteristics of the Alcatel One Touch Pixi. The smartphone received 1-core processor. RAM is built-in 0.256 GB.

But the most interesting is the built-in memory of 0.512 GB. This is the only option that is produced by the manufacturer. Looking for memory cards? There is a special slot for card format microSD up to 32 GB.

Price for Alcatel One Touch Pixi: buy or not to buy?

Let′s step back from the lyrics and talk about money. Selling Alcatel One Touch Pixi will begin in August 2013 at a price of $50. There are analogues of this model from its price segment “Ultra cheap smartphones up to $100”, you can choose any smartphone for the same money.