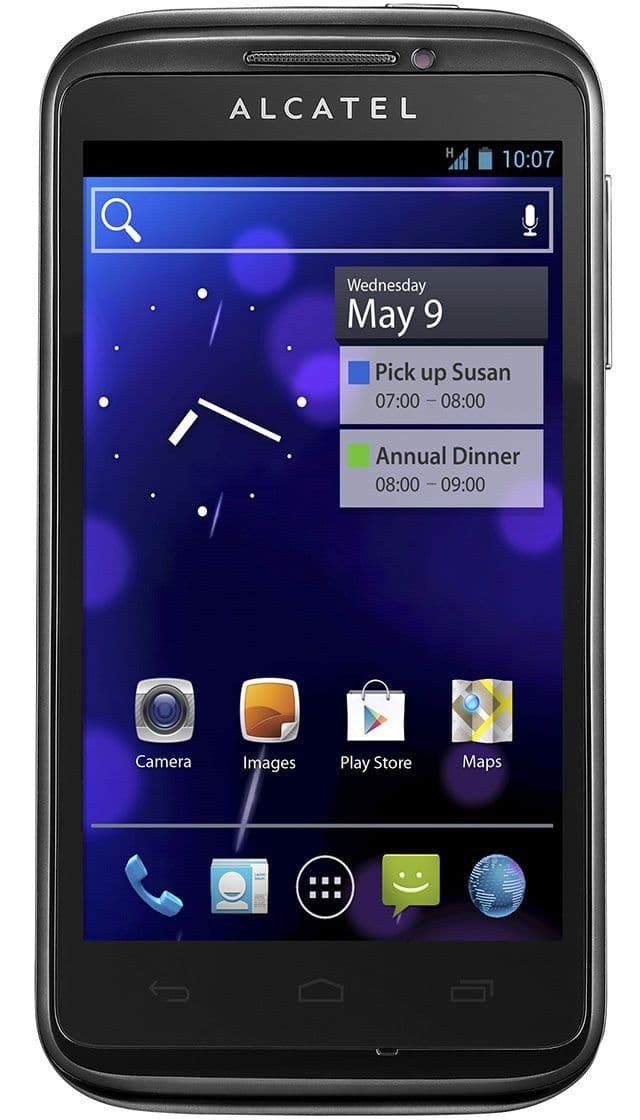 In the short description of the new smartphone Alcatel OT-993 we point out the key characteristics for each smartphone. Firstly, it is an actuality in the market. This model was announced by the company Alcatel in August 2012. Secondly, this concept of adequacy in the market at the moment. We determine this according to the software version on which the smartphone is running and updating. So, “out of the box” Alcatel OT-993 works on Android 4.0 Ice Cream Sandwich and has not received until now no updates to the more recent version of the software. In this case, we advise you to avoid buying models that do not receive software updates. Look at the others smartphones of 2012.

4 Inch TFT touchscreen occupies almost the entire area of the front panel of the smartphone Alcatel OT-993. Case thickness 11.4 mm puts the battery in it in capacity 1 500 mAh. As a result, these three important characteristics give us such an idea of the device — medium-sized smartphone with very thick case and weak battery.

Alcatel OT-993 is not a camera phone, because it has a main camera on 5 MP. If you want to make a lot of high-quality photos and video on your smartphone, we advise you to look in the catalog on camera phones, whose cameras are more than 20 MP. In addition to the main camera, which is very important, it is also worth paying attention to the quality of the pictures from the front camera. And here at this model the front-seat camera got its 0.3 MP, which is very little. If you really want to make quality smartphones on the smartphone, we advise you to look in the catalog selfie smartphones, in which the frontcamera of 13 Mp.

After a lot of leaks, we now know all characteristics of the Alcatel OT-993. The smartphone received 1-core processor on the chipset Mediatek MT6575.

But the most interesting is the built-in memory of 3 GB. This is the only option that is produced by the manufacturer. Looking for memory cards? There is a special slot for card format microSD up to 32 GB.

So this is Alcatel OT-993 after the official announcement. This novelty fell into the segment of cheap of smartphones.

Buy Alcatel OT-993 you can after the beginning of official sales, which start in  August 2012. And now the price from the manufacturer is known — it′s $150 without taxes and fees. The price-to-feature ratio of this smartphone is not bad, because there is a good medium-sized screen, but a weak main camera, and the frontcamera is so-so. 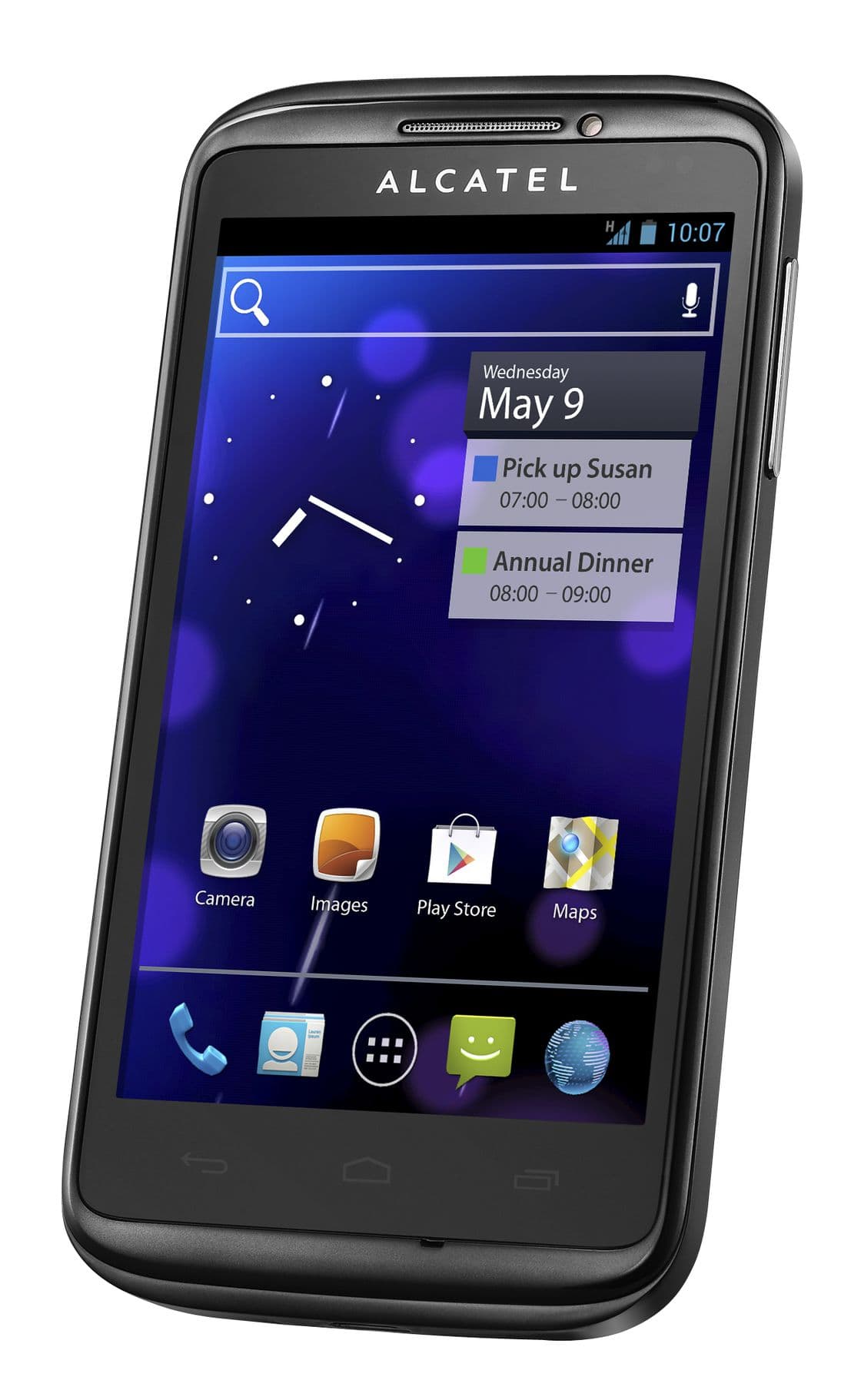 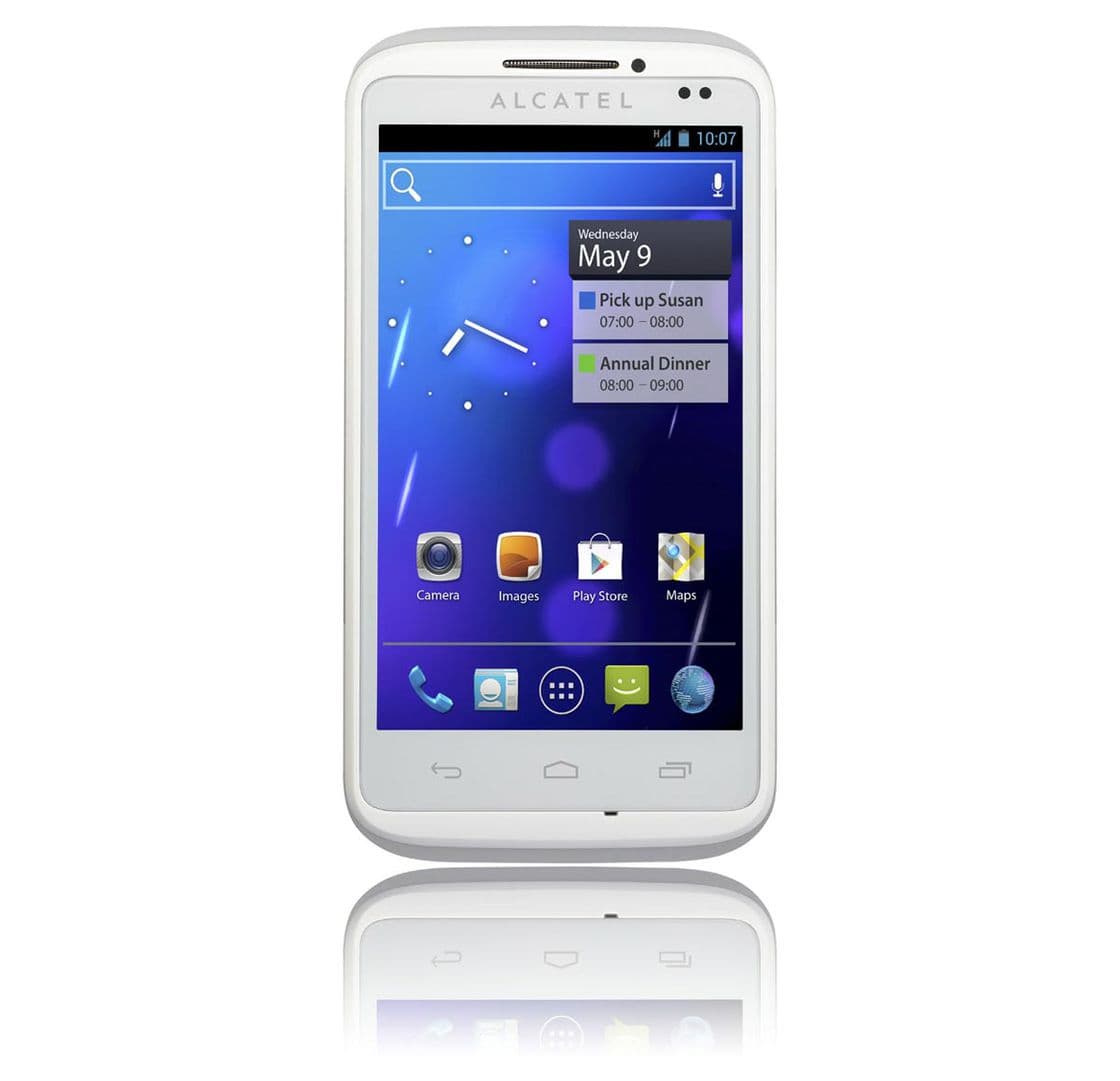 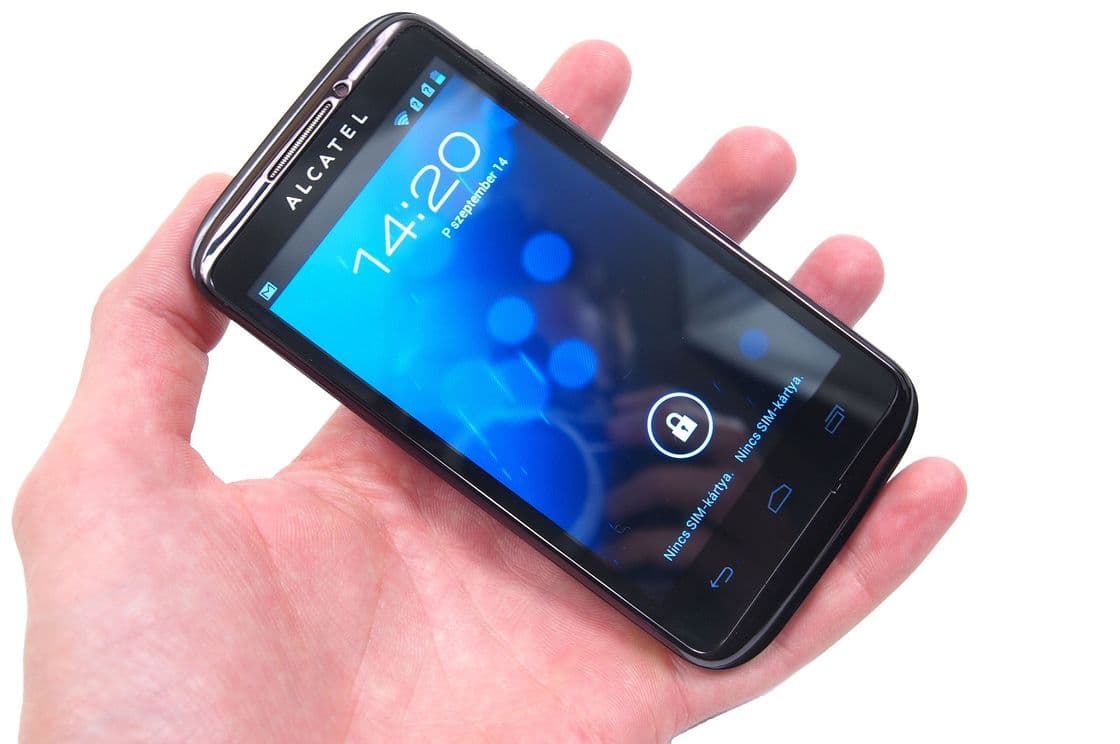