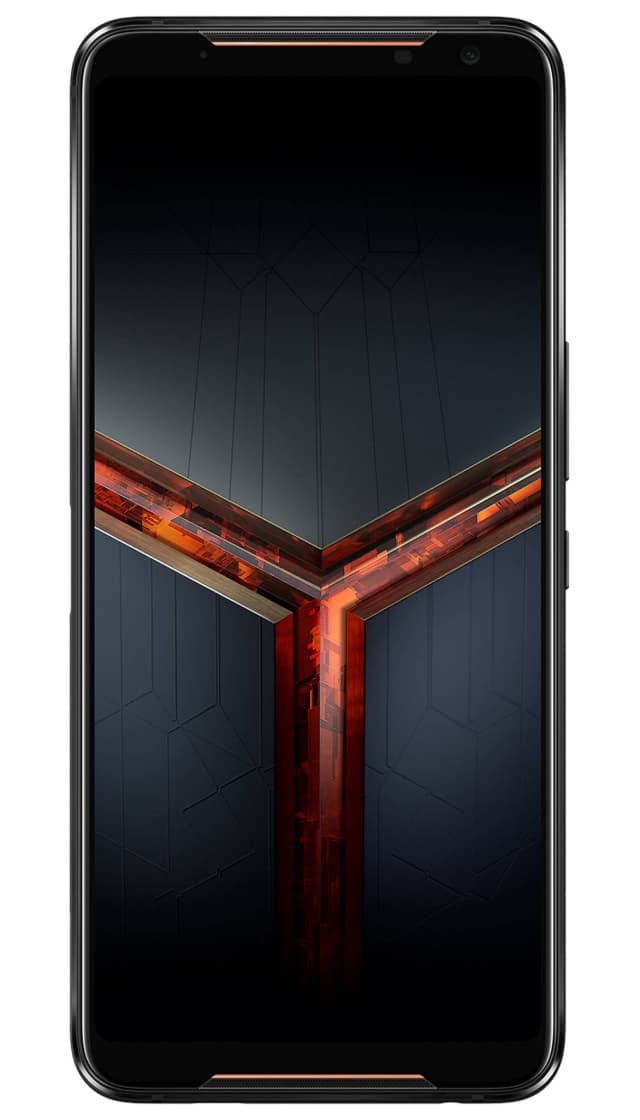 This is a smartphone on Android 9 Pie with a very fast and productive processor, with a huge touchscreen size, with a very cool camera that has 2 modules (48 MP Wide, 13 MP UltraWide), and the front camera here turned out to be very high quality, which can make beautiful selfies. And Asus ROG Phone II ZS660KL has such features: a slot for two SIM cards.

In July 2019 was announced smartphone Asus ROG Phone II ZS660KL. It is located in the series Asus ROG among many others smartphones Asus.

The most important thing you need to know before buying is the version of Android on which the smartphone is launched “out of the box”. And Asus ROG Phone II ZS660KL works on Android 9 Pie, that by the way is not so bad as for smartphone of 2019. But here it is still important to know whether this model is updated to a more recent version. Our novelty Asus ROG Phone II ZS660KL, unfortunately, is not updated to any new version of Android. And it′s very sad, so we would advise you to look at other models of smartphones that are called in our catalog DROID-smartphones.

Perhaps it will be important for you that the smartphone was a dualsim. Then we can make you happy, because Asus ROG Phone II ZS660KL works great with two SIM cards. And since 2020, after the official launch of 5G networks, it has become very important for most buyers that the new smartphone has high-speed mobile Internet. It so happened that Asus ROG Phone II ZS660KL does not have support for fifth-generation networks and cannot provide you with super-fast Internet at a speed of up to 100 Mb/s. If this is important for you, we recommend that you go to the catalog page, which contains all 5G-smartphones on Android.

Very capacious Asus ROG Phone II ZS660KL battery received a volume of 6 000 mAh. In this case, the smartphone has huge touchscreen AMOLED with diagonal 6.59″ and with refresh rate 120 Hz.

The thickness of the body is 9.5 mm. This is a very thick case, we advise you to look in our catalog smartphones with thin cases, which fit comfortably in your hand.

The most important characteristics of Asus ROG Phone II ZS660KL cameras: main camera received 48 MP Wide + 13 MP UltraWide, front camera got 24 MP with a regular lens. See examples of photos and videos from this smartphone to visually assess their quality. And the most interesting thing is that the main camera on the back of the body has several lenses (dual camera smartphones). That can do 2x zoom without losing quality. And with the help of at least two lenses, you can shoot portraits with the bokeh effect, this is when the background is blurred and the photo appears like depth. In this model, the selfie camera is on the front and you can see it. In 2019, smartphones were announced with a front camera, which is located inside the body and is not visible. When you need to take a photo, the front camera slides up from the body. You take your selfie, the photo is saved and then the camera goes down into the body. All smartphones with pop-up front camera from different producers at different prices are collected in the catalog. If you are interested in such models, we advise you to first watch video reviews about them, and then make a choice and buy.

So, in Asus ROG Phone II ZS660KL is installed 8-core processor on the chipset Snapdragon 855+. As for RAM, the memory module is used here 8 GB, but if this is not enough for you, then there is a version for 12 GB. You can choose the right version of the smartphone, but note that the price of these versions is different.

You can store your photos, videos, music and applications only on the built-in smartphone memory, because the support for memory cards is not implemented here. The manufacturer releases several versions of this smartphone with different memory sizes: 128/512/1000 GB. Before buying, be sure to decide how many gigabytes you need.

Price for Asus ROG Phone II ZS660KL: buy or not to buy?

Life is fleeting, and the life of a smartphone on the mobile market in general can be compared with the life of a butterfly. And all because the producers of android-smartphones do not always want to support their devices and prefer to release a new model in six months. Therefore, our task is to help you choose the actual smartphone today, which is being sold and will be still relevant for at least the next six months. If Asus ROG Phone II ZS660KL you find among DROID smartphones in our catalog, you can safely buy it now, and if you do not find it, then its better already do not buy.

Buy Asus ROG Phone II ZS660KL you can in any store (or on the Internet, or in the electronics supermarket), we just advise you to see live on the smartphone and hold it in your hands before buying. 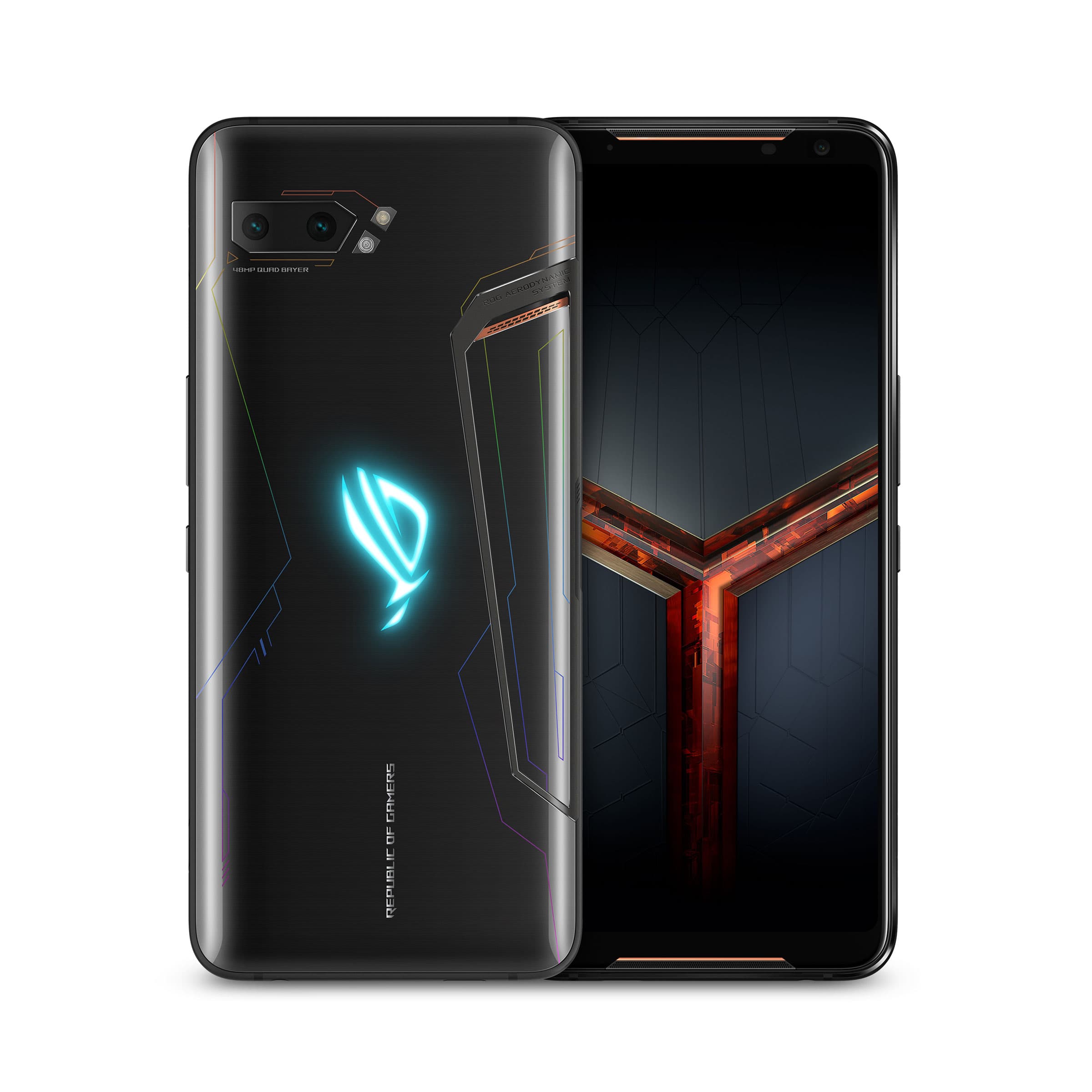 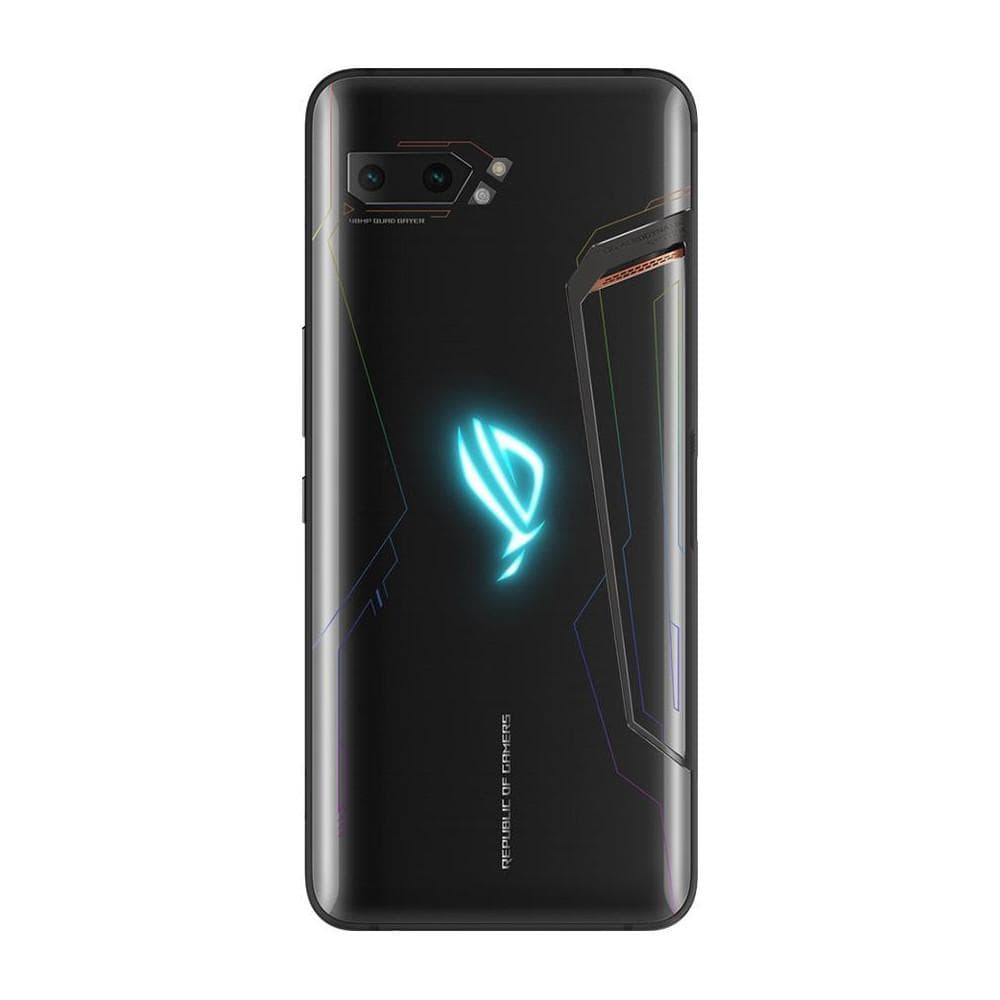 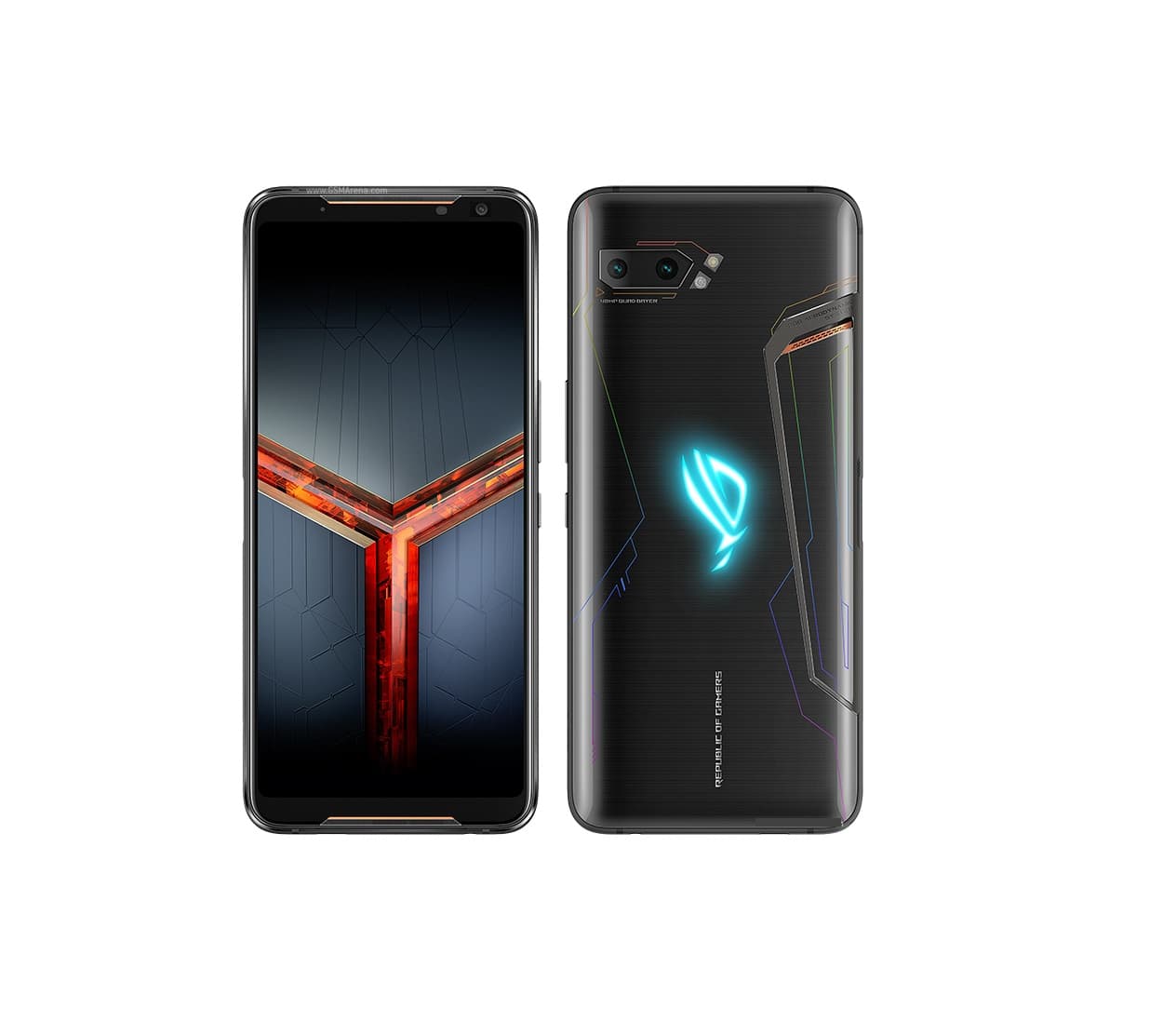 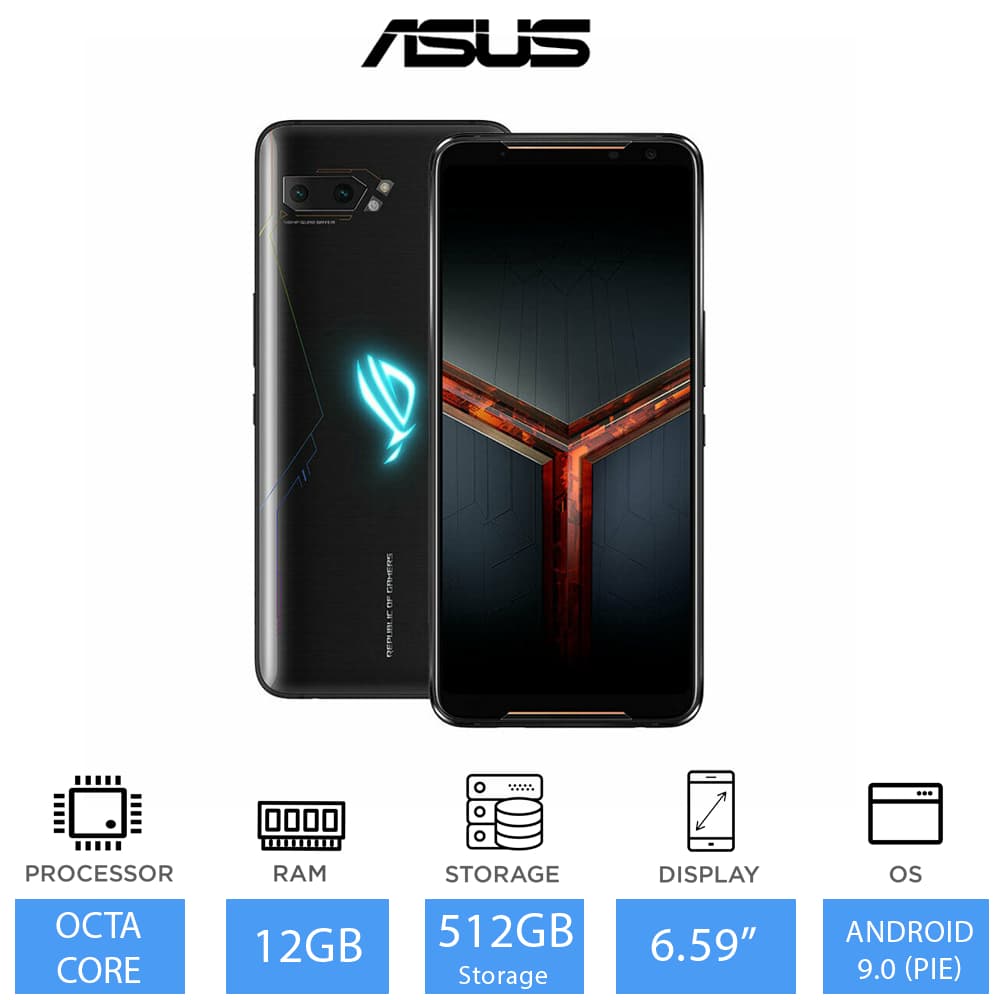 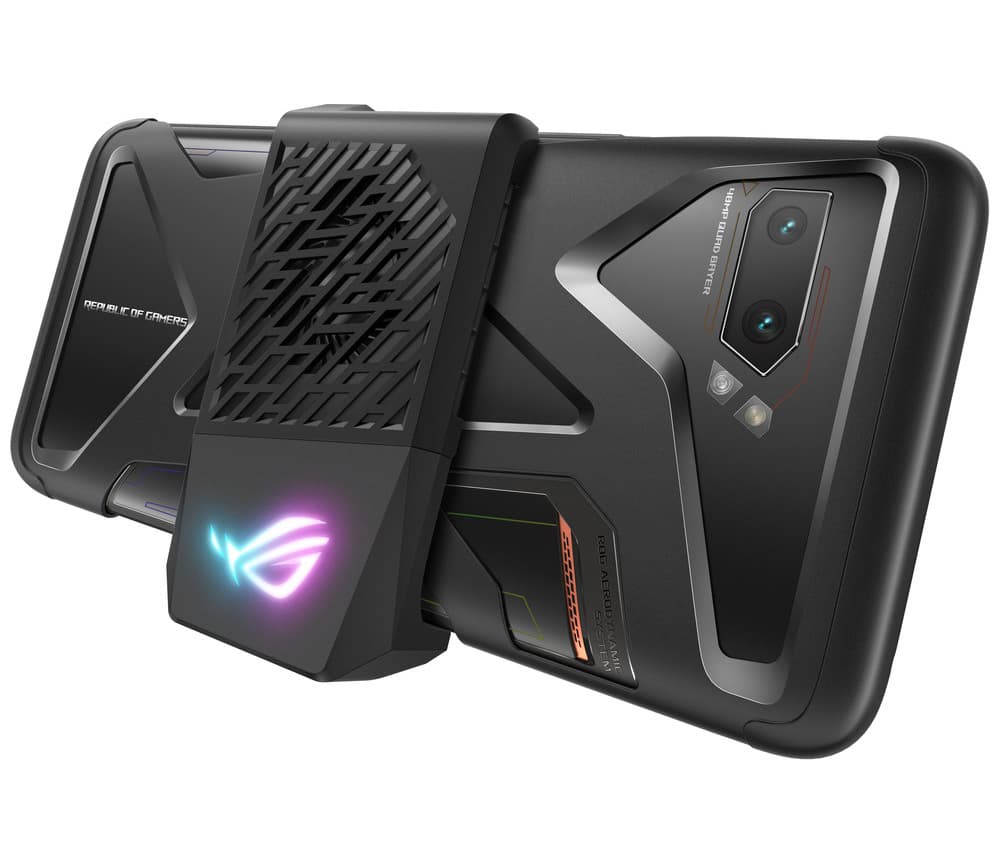 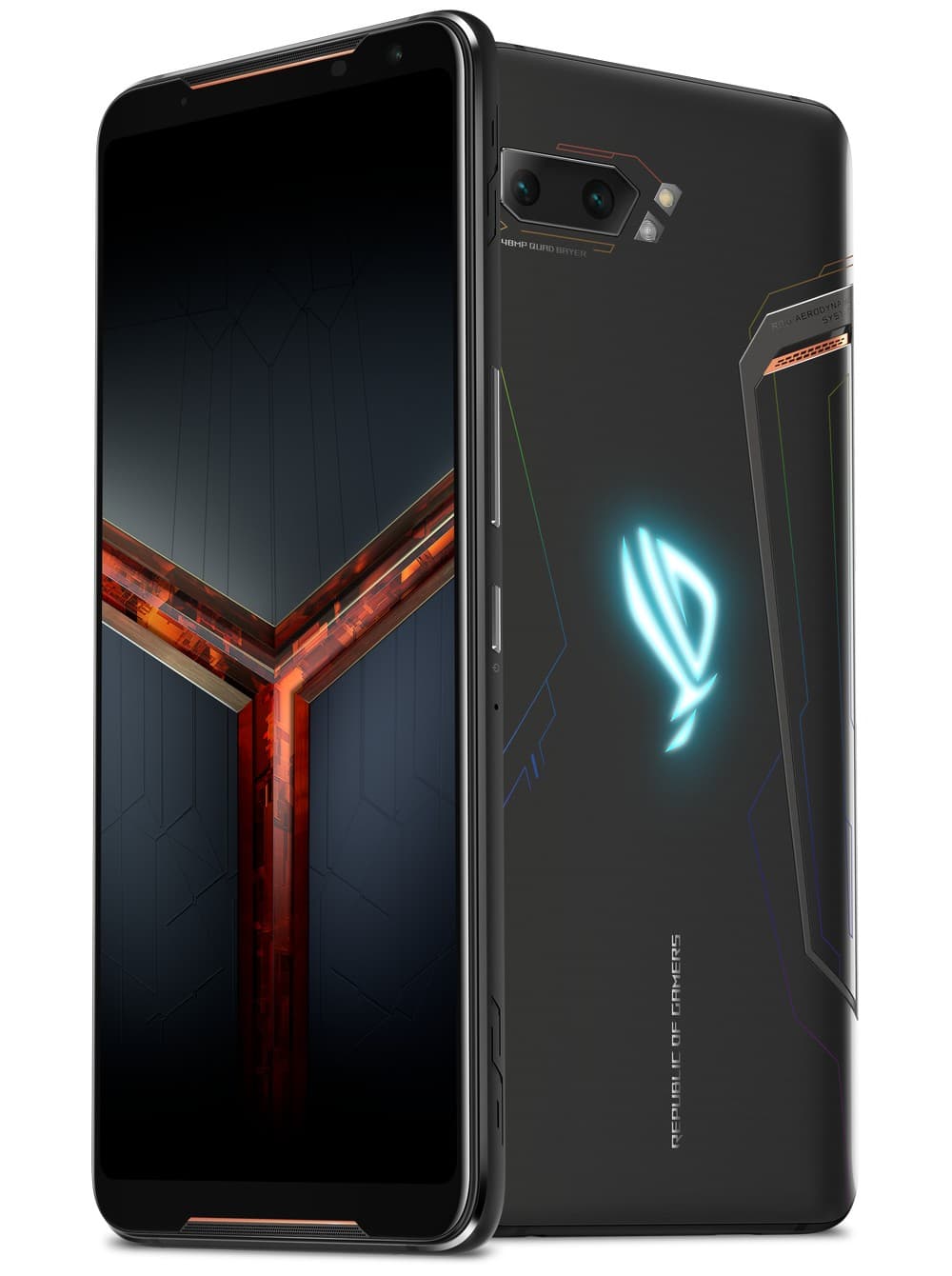 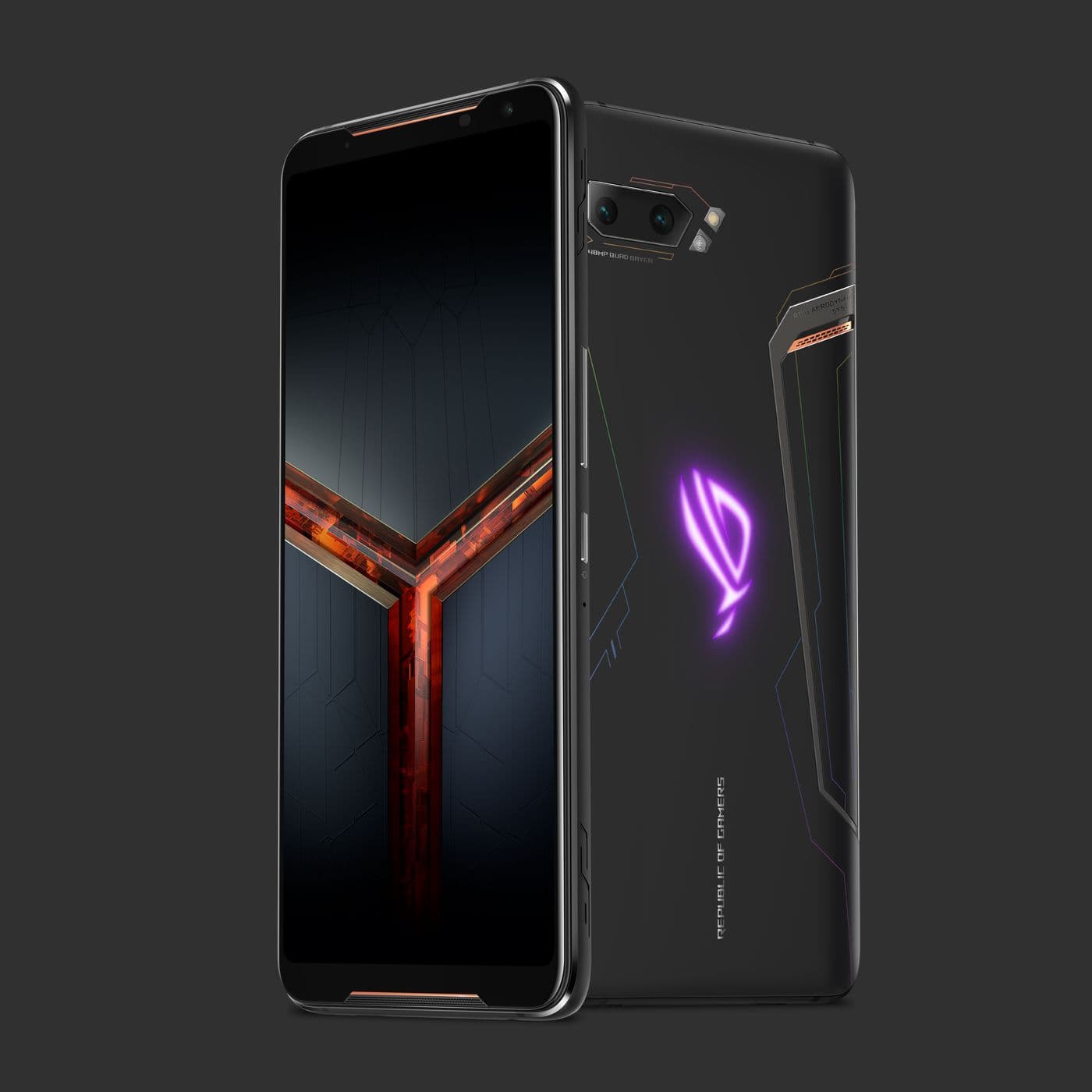 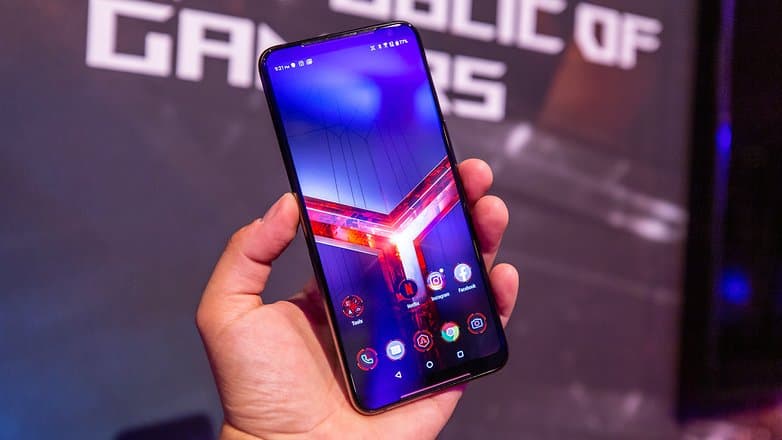 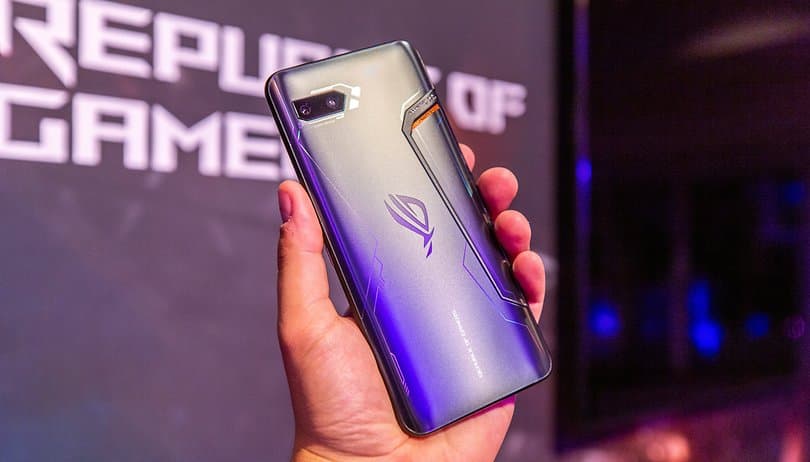 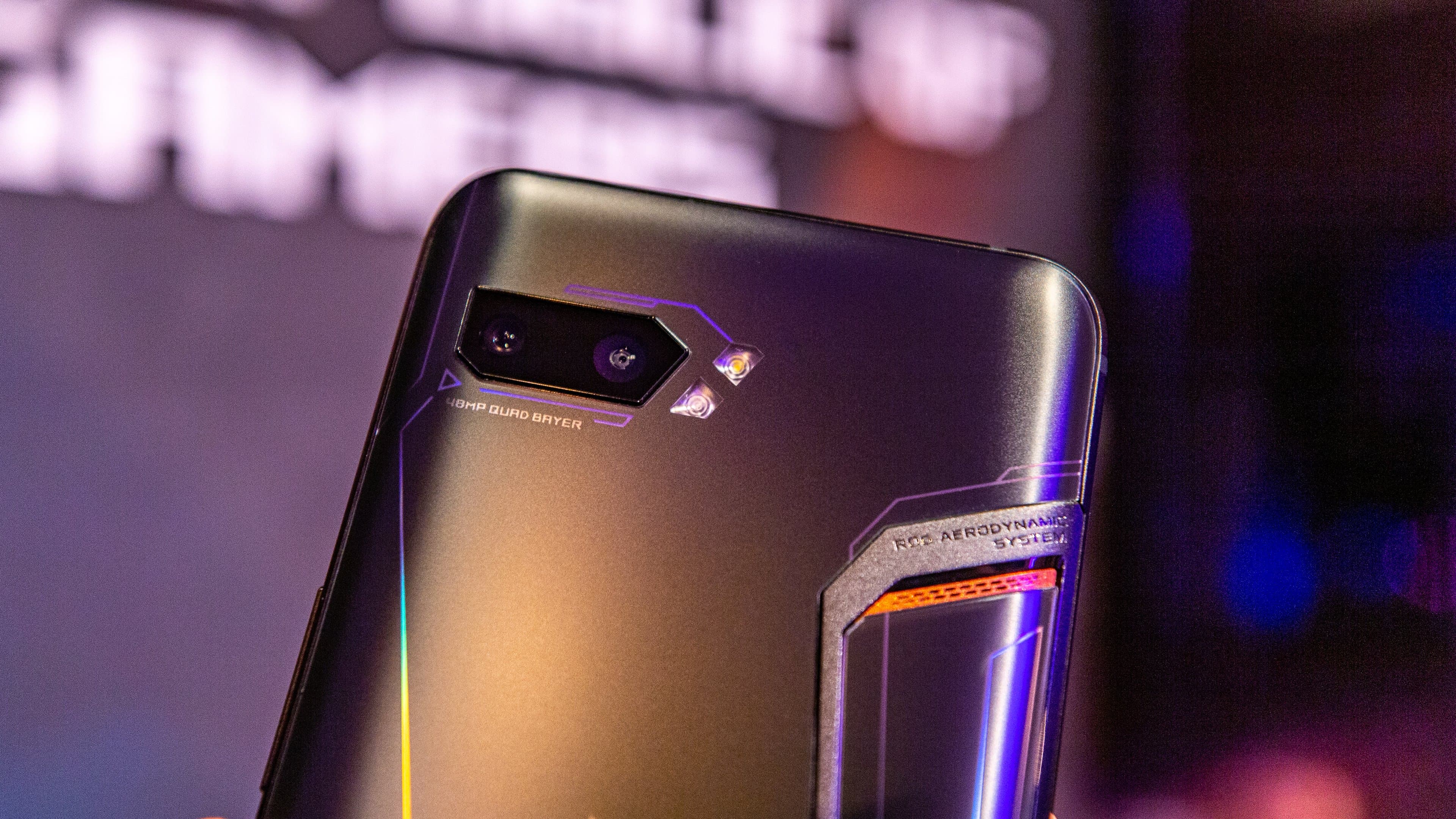 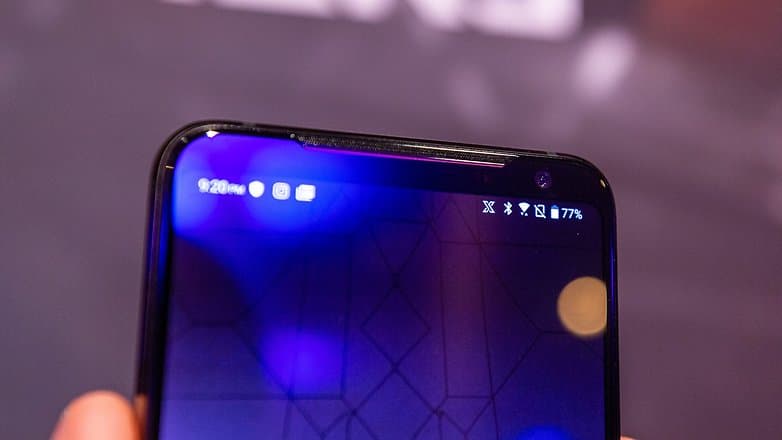 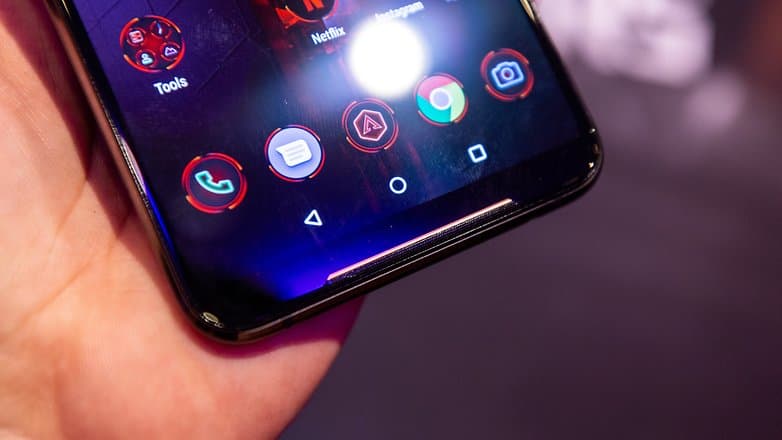 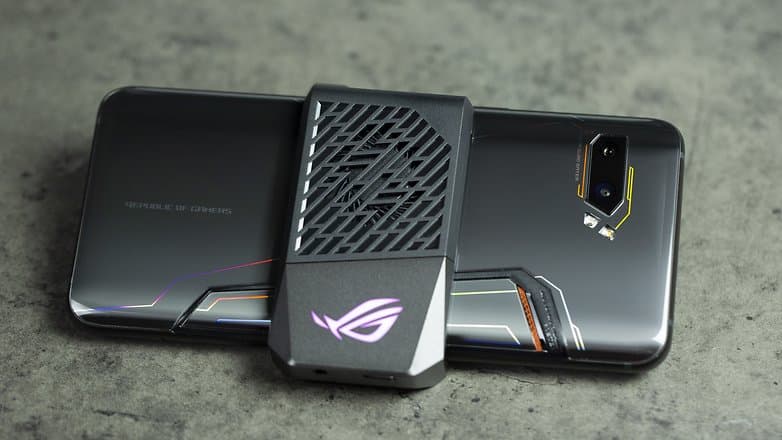 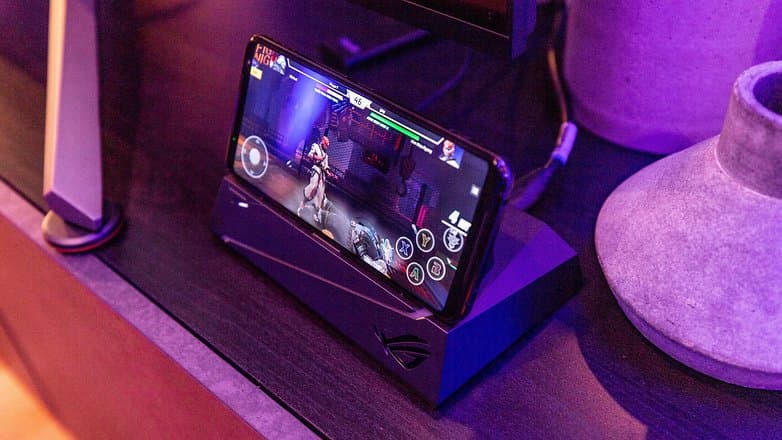 [EN] The Most Powerful Smartphone In The World