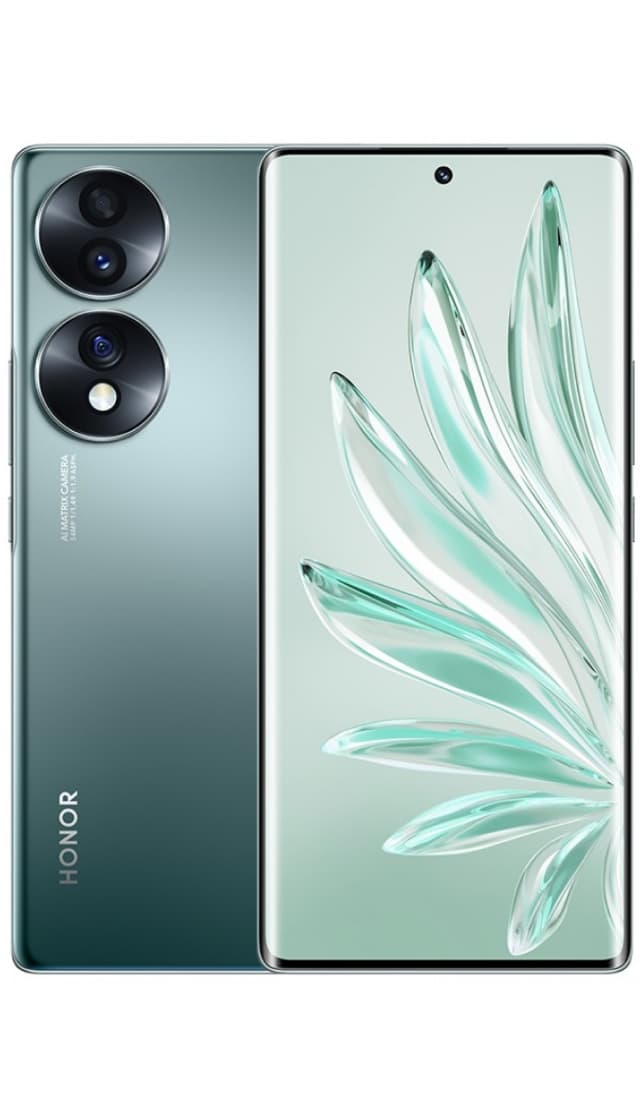 This is a smartphone on Android 12 with a very fast and productive processor, with a huge touchscreen size, with a very cool camera that has 3 modules (54 MP Wide, 50 MP UltraWide, 2 MP Depth sensor), and the front camera here turned out to be very high quality, which can make beautiful selfies. And Honor 70 has such features: a slot for two SIM cards, cut-out notch above the screen (so that a selfie camera, speakers and additional sensors are placed there).

In May 2022 was announced smartphone Honor 70. It is located in the series Honor 70 among many others smartphones Honor.

The most important thing you need to know before buying is the version of Android on which the smartphone is launched “out of the box”. And Honor 70 works on Android 12, that by the way is not so bad as for smartphone of 2022. But here it is still important to know whether this model is updated to a more recent version. Our novelty Honor 70, unfortunately, is not updated to any new version of Android. And it′s very sad, so we would advise you to look at other models of smartphones that are called in our catalog DROID-smartphones.

Perhaps it will be important for you that the smartphone was a dualsim. Then we can make you happy, because Honor 70 works great with two SIM cards. And since 2020, after the official launch of 5G networks, it has become very important for most buyers that the new smartphone has high-speed mobile Internet. Honor 70 has support for fifth-generation networks, so you can choose it for purchase if it suits you for other characteristics and price.

The battery in Honor 70 is installed on 4 800 mAh. It can be said that by today′s standards, such a volume is a very good indicator, of course there are models with even more volume, but they will probably be more expensive.

Let′s briefly describe the cameras in Honor 70. The main camera got several modules (triple camera smartphones): 54 MP Wide + 50 MP UltraWide + 2 MP Depth sensor. Why, for example, has multiple lenses in a smartphone camera become the absolute norm on the market today? Because with these smartphones you can take beautiful portraits with blurred backgrounds (this is called the Bokeh effect). And manufacturers have also learned to make software enhancements to photography based on the analysis of frames from each lens. It seems that this is exactly the case when it is better to see once than read about it a hundred times. Therefore, we advise you to take a few shots yourself with the camera of this smartphone.

The front camera has one module: 32 MP Wide. This is a very good selfie-camera, which will shoot high-quality photos, so you share them with your friends in social networks and not only. This model has a front camera as usual at the top of the screen, like 99.9% of all smartphones. But, if this makes you bored, then we can offer smartphones with pop-up front camera. In these models, the front camera is located inside the body and goes up only when you activate the front camera mode. It sounds interesting, but how convenient it is and how long this mechanism will work is not yet clear.

Smartphone received 8-core processor Snapdragon 778G+ 5G (6 nm). If you want to assess the speed of the smartphone and its performance, then do not forget to see how much RAM is installed in it. Honor 70 received 8 GB of RAM, and there is another version of this smartphone with 12 GB of RAM.

$405 is the price for Honor 70 at the start of sales. For this money you get a smartphone with a fast processor, a huge touch screen, with a very cool main camera that makes amazing photos and videos, and with a cool selfie camera. And with such characteristics, the smartphone got into the price segment “Above average smartphones from $400 to $500”, where you can choose any other similar model for a same price.

Honor 70 will be available after the beginning of official sales. We always recommend that you look at the smartphone before you buy it to make sure that it fits you in all respects — screen size, case materials and build quality, speed and smoothness of the interface, photo and video quality, etc. After you choose a model, then you already look at the different offers from the sellers — you can buy it on the Internet or in the offline electronics supermarket. Buy where you prefer, where there are stocks and discounts, and where the seller guarantees the service of the device under warranty. 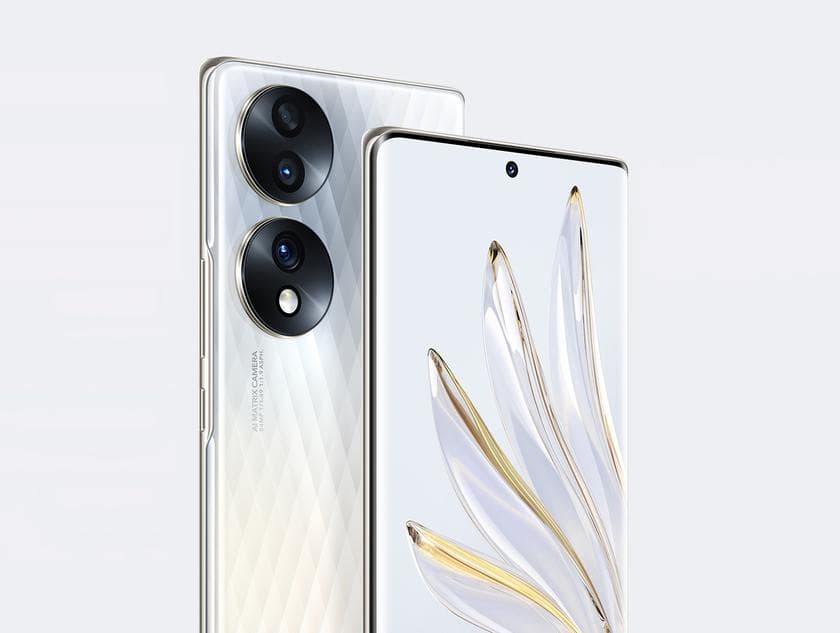 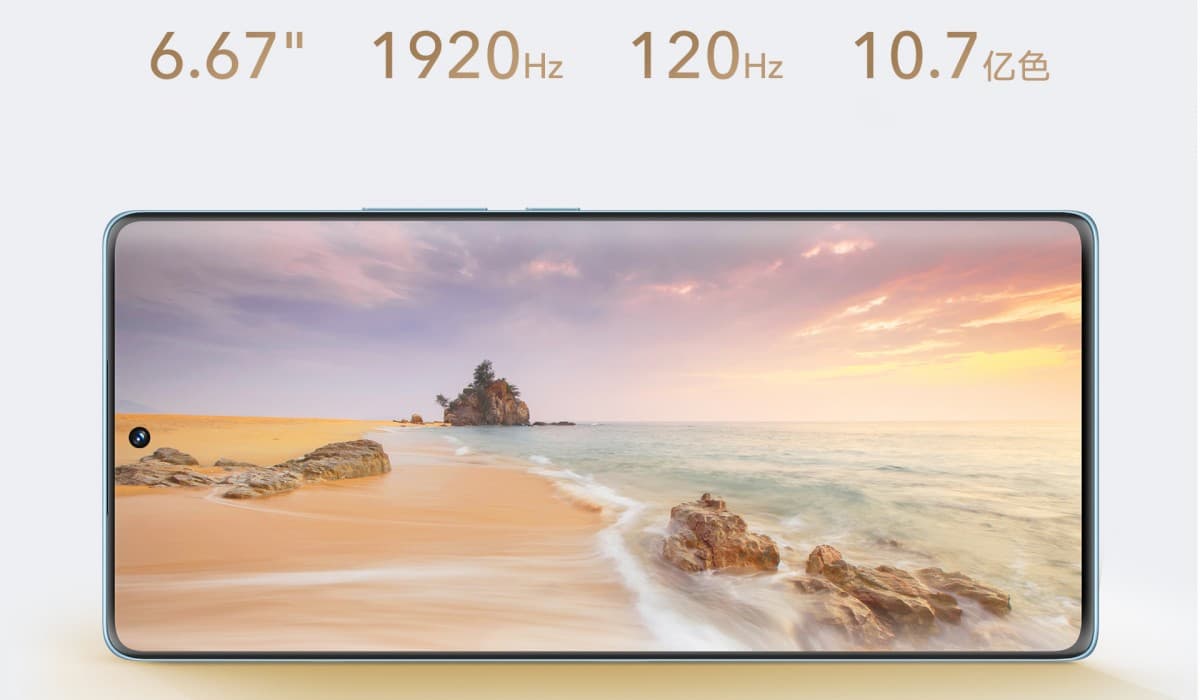 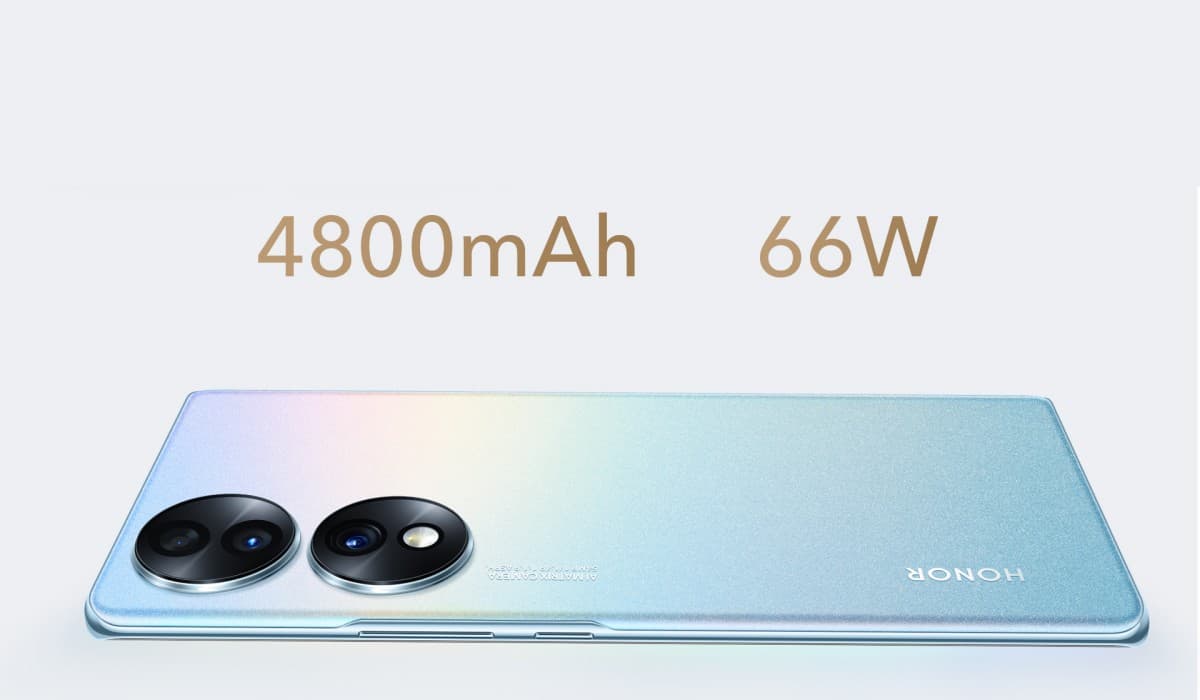 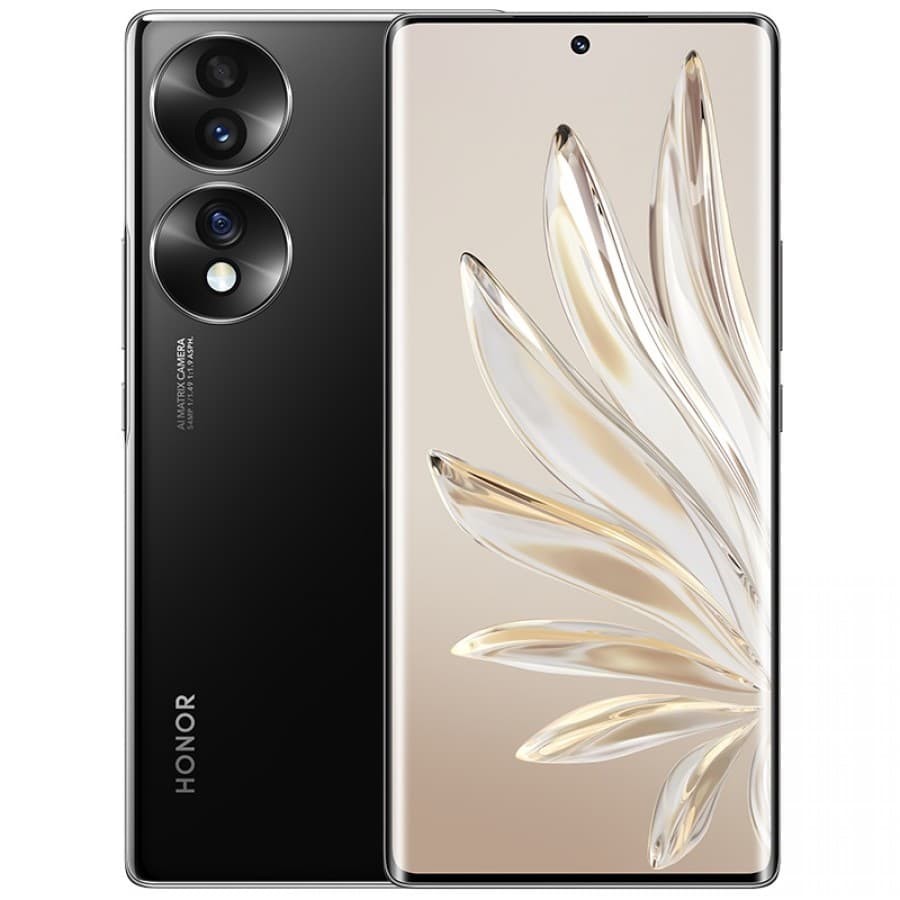 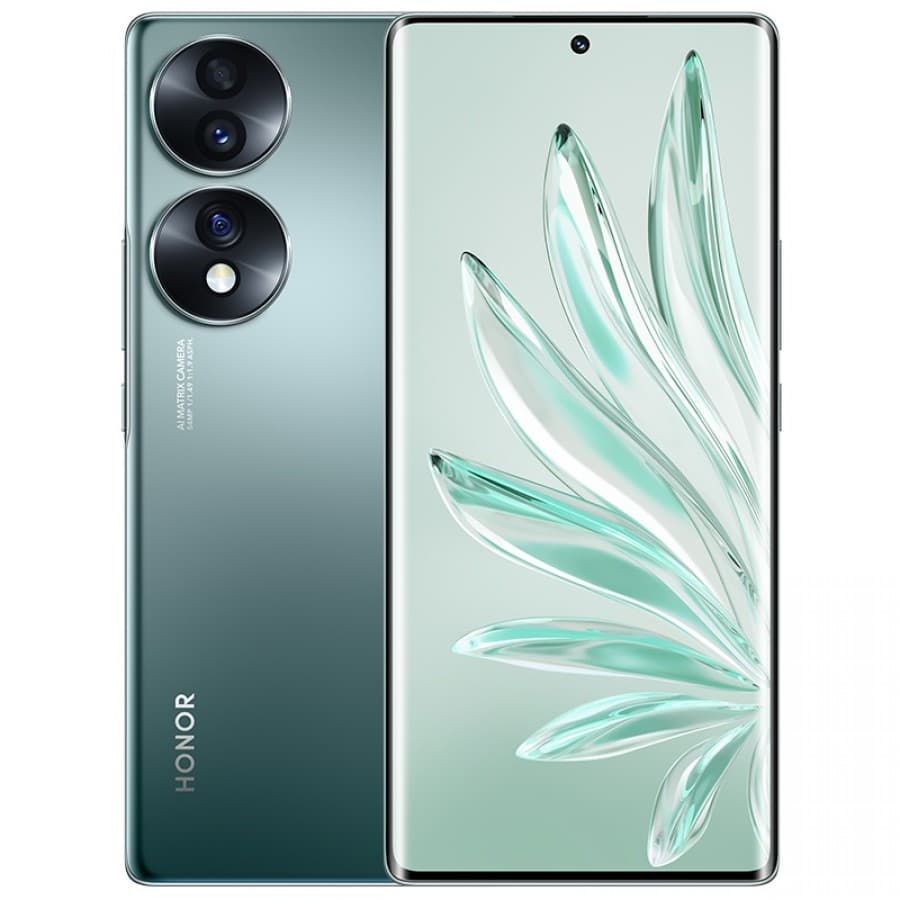 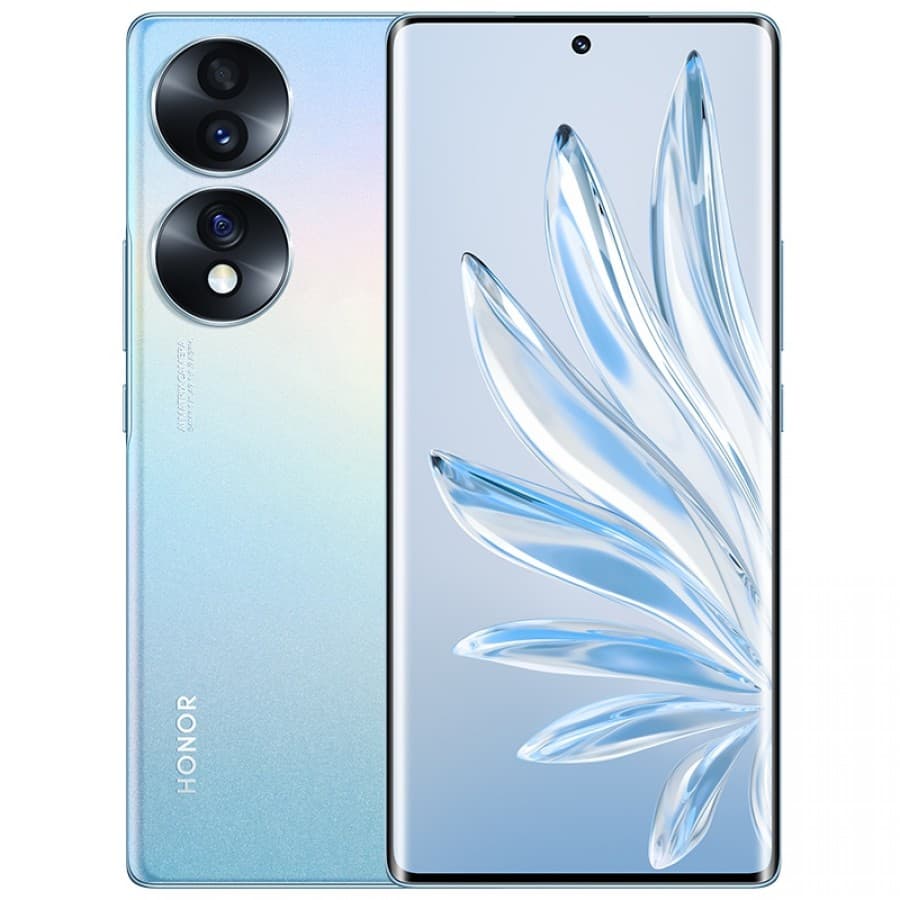 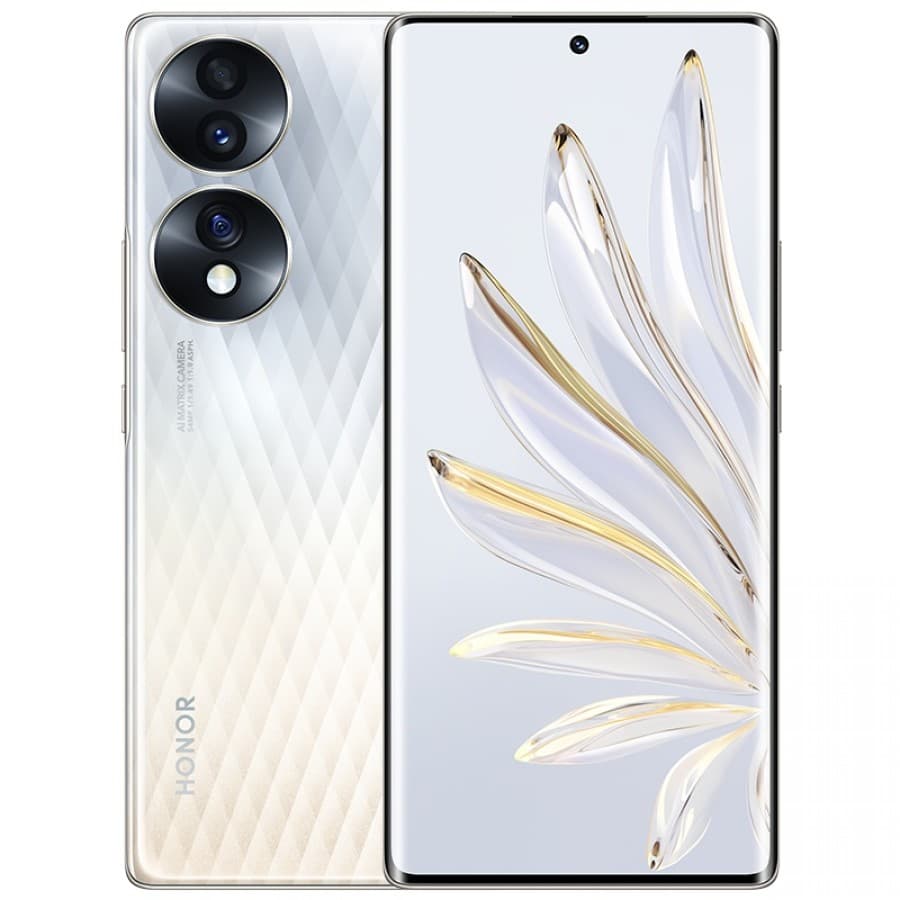 Timeline of news and rumors Honor 70

Three new smartphones were introduced in the new series: the basic version of Honor 70 and two Pro versions. Sales begin in early June in China. And the cheapest smartphone is Honor 70 8/256 GB with a price of $400. Let’s see if it’s worth paying more for the Pro version?

I would like to note that Honor produces very beautiful smartphones: they have thin cases (about 8 mm), an edge-to-edge screen with minimal bezels, a vivid and original design of the main camera unit on the back. All smartphones are awesome and stand out from the crowd of monoblocks.

Now let’s look at the differences between the basic Honor 70 version and Honor 70 Pro/Pro+ versions. The first difference is the screen diagonal of 6.67 inches instead of 6.78 for the Pro versions. Secondly, the cameras received a different set of sensors, in the basic version you will get a 32 MP front camera, and a triple main camera with 54 MP Wide modules (Sony IMX800, 1/1.49″ module with a 2.0µm pixels) + 50 MP Ultrawide + 2 MP depth sensor. The third difference is that the basic version has a larger battery capacity (4800 mAh versus 4500 mAh). The fourth difference, probably the most important, is the processor, the basic version has a Snapdragon 778G+, as in the previous Honor 60 model, and the Pro versions received the flagship versions of Mediatek processors.

So, here we have the following price grid for Honor 70 series:

If you decide to buy the Honor 70 Pro version, then which of these two? They differ only in processors, and all other characteristics are exactly the same. The screens are the same — 6.78 inches (10-bit, 120Hz, 1,920Hz high-frequency PWM dimming, video recording in Huawei’s custom HDR Vivid mode).

Please note that the Pro+ version did not get the 512 GB storage option, and the regular Pro version will be sold with that option storage.

This is the announcement made by Honor in China. We do not know exactly when global sales will start, but in China these smartphones are already available for pre-order, and sales will begin in the first week of June.