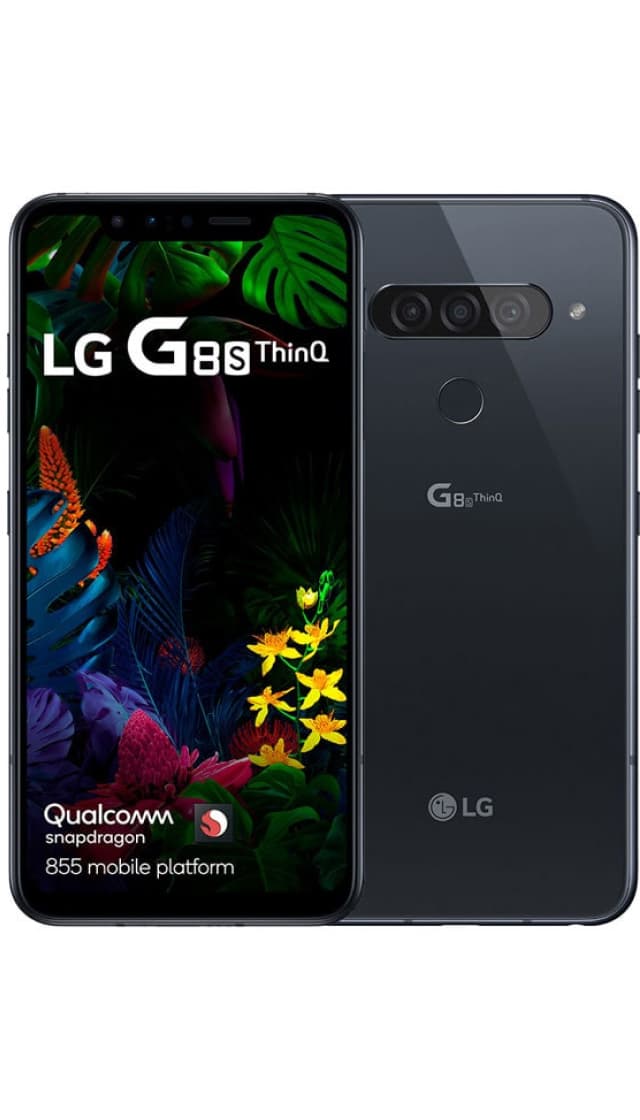 This is a smartphone on Android 9 Pie with a very fast and productive processor, with a huge touchscreen size, with a great camera that has 3 modules (12 MP Wide, 12 MP Telephoto, 13 MP UltraWide), and this smartphone also has a very cool front camera, which has 2 modules (8 MP Wide, TOF 3D camera). And LG G8S ThinQ has such features: a slot for two SIM cards, cut-out notch above the screen (so that a selfie camera, speakers and additional sensors are placed there), dust and water protection.

The long-awaited announcement of a new smartphone from the manufacturer LG, which took place in February 2019 (in our catalog you can see all smarphones of 2019). This is a new model LG G8S ThinQ — dual smartphone works on Android 9 Pie, which does not receive software updates and will forever remain on the old version of Android. If this does not suit you, then be sure to check the selected ones DROID-smartphones in our catalog. These are models that work on the latest version of the Android OS or are updated on it.

And let’s look at an important function — the availability of 5G networks support in a smartphone. LG G8S ThinQ has not received support for 5G networks, but this does not mean that this model is bad and does not deserve your attention. Look at all the features of this smartphone and its price. It is possible that you will like it very much and will be suitable for purchase today. And after one or two years, when you choose the next new smartphone, then on the page of all 5G smartphones in our catalog you will see hundreds of smartphones from many manufacturers at different prices.

The most important thing you need to know about the case and form factor LG G8S ThinQ. The body is quite compact and the screen occupies almost all of its area from edge to edge (from 80% to 90% of the area of the case). There is a cutout above the screen to take up even more space on the front of the case. As you have seen in the photo, here is the usual rectangular cutout for a selfie camera. The case is protected from water and dust, you can safely use your smartphone in a few extreme situations (for example, during rain or in the bathroom, taking a shower). On the front side of the case is located huge G-OLED-screen with diagonal 6.21″. At the same time, a battery with a capacity of 3 550 mAh.

Let′s briefly describe the cameras in LG G8S ThinQ. The main camera got several modules (triple camera smartphones): 12 MP Wide + 12 MP Telephoto + 13 MP UltraWide. Why, for example, has multiple lenses in a smartphone camera become the absolute norm on the market today? Because with these smartphones you can take beautiful portraits with blurred backgrounds (this is called the Bokeh effect). And manufacturers have also learned to make software enhancements to photography based on the analysis of frames from each lens. It seems that this is exactly the case when it is better to see once than read about it a hundred times. Therefore, we advise you to take a few shots yourself with the camera of this smartphone.

The front camera has several modules (smartphones with dual selfie cameras): 8 MP Wide + TOF 3D camera. Do not say that this is very much, is in our catalog selfie smartphones, whose frontcamera will be an order of magnitude better. This model has a front camera as usual at the top of the screen, like 99.9% of all smartphones. But, if this makes you bored, then we can offer smartphones with pop-up front camera. In these models, the front camera is located inside the body and goes up only when you activate the front camera mode. It sounds interesting, but how convenient it is and how long this mechanism will work is not yet clear.

And write a few words about the performance of LG G8S ThinQ. Of course, the very first thing that will be discussed is the processor. The model received a 8-core processor Snapdragon 855.

The second performance characteristic in our opinion is the amount of RAM. The LG G8S ThinQ has 6 installed on the RAM.

The built-in flash memory of this model has the volume 64 GB, but you can choose the version with 128 GB. The manufacturer did not forget about the support of memory cards in the smartphone. Here you can install a card microSDXC.

Price for LG G8S ThinQ: buy or not to buy?

And if you are not suitable for buying LG G8S ThinQ, then choose any other smartphone from the price segment “Above average smartphones from $400 to $500” or directory of current DROID smartphones. 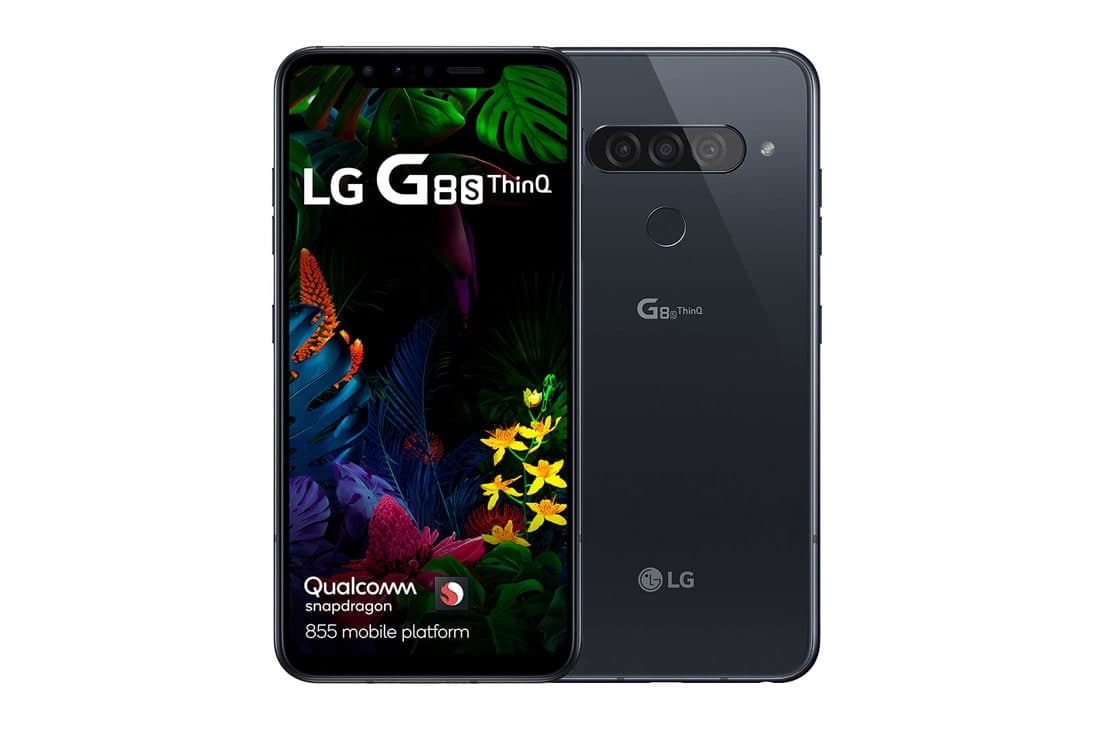 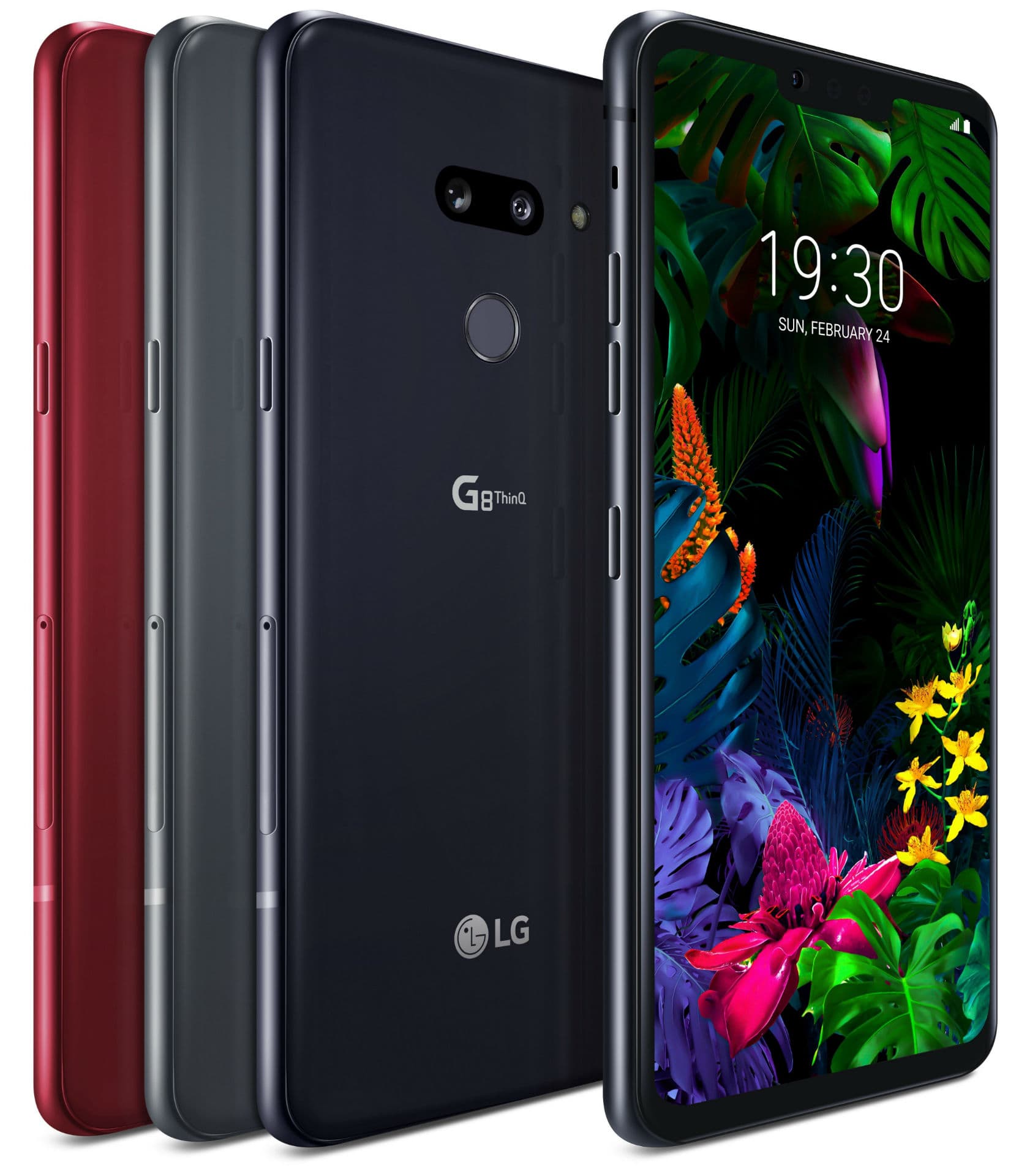 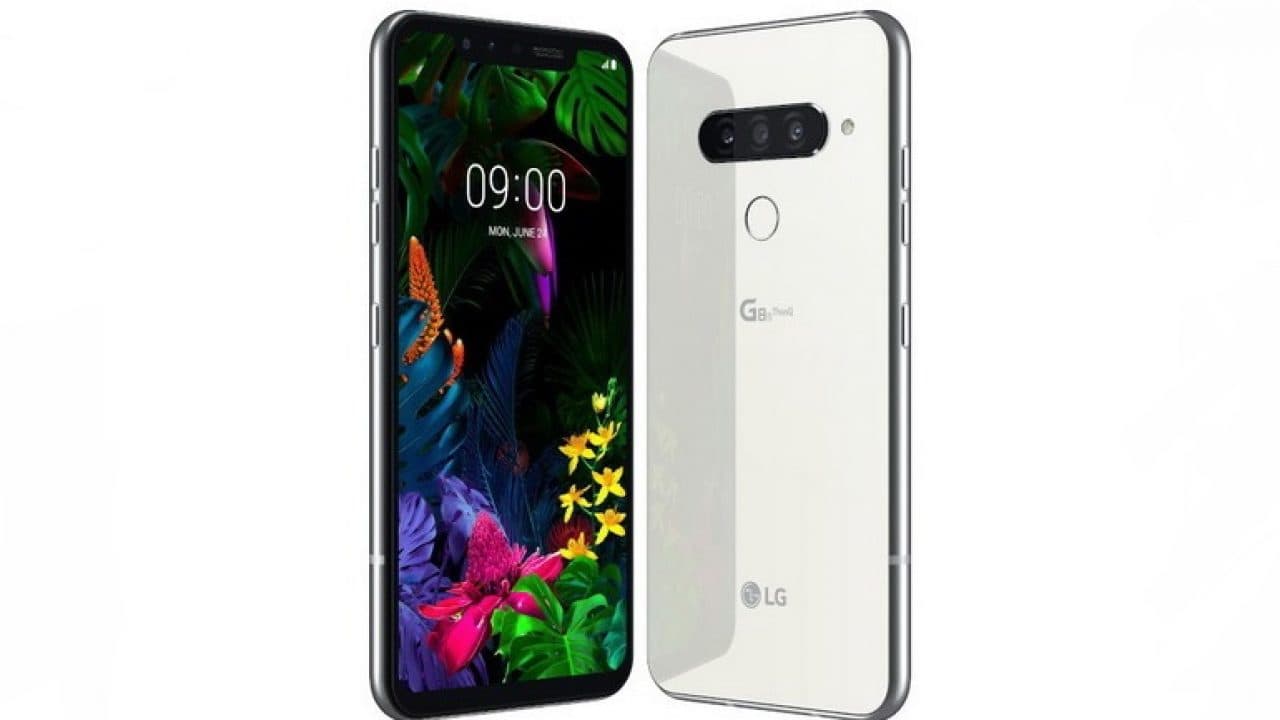 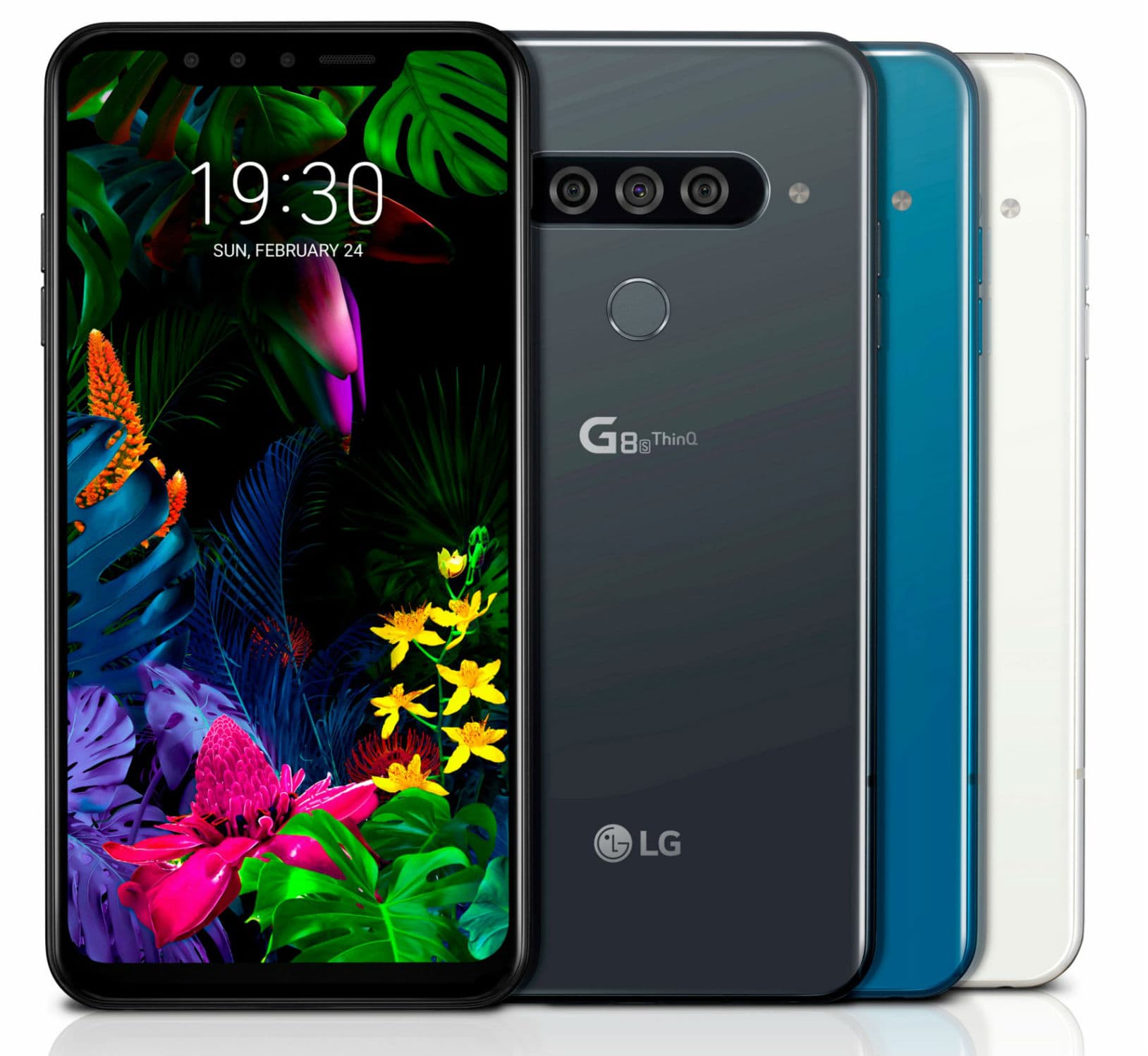 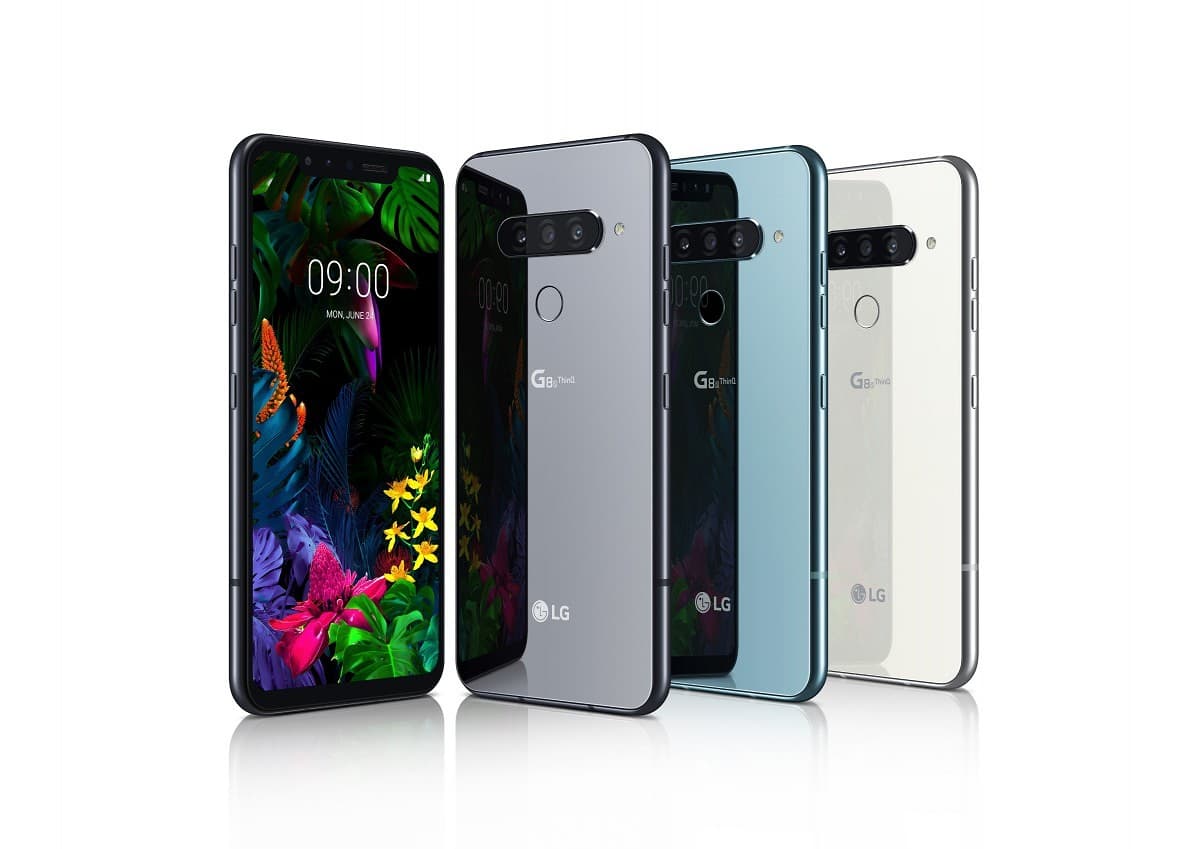 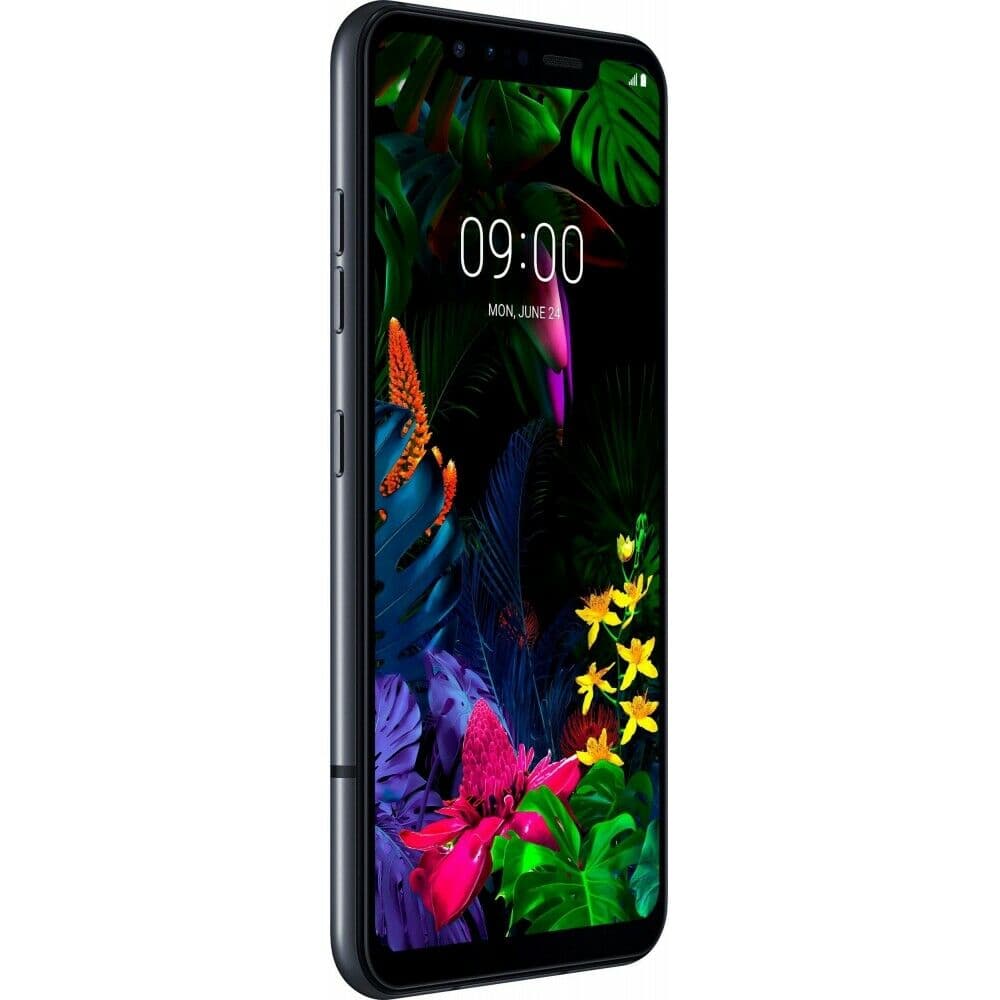 [EN] LG G8s ThinQ review: is it better than the OnePlus 7T?