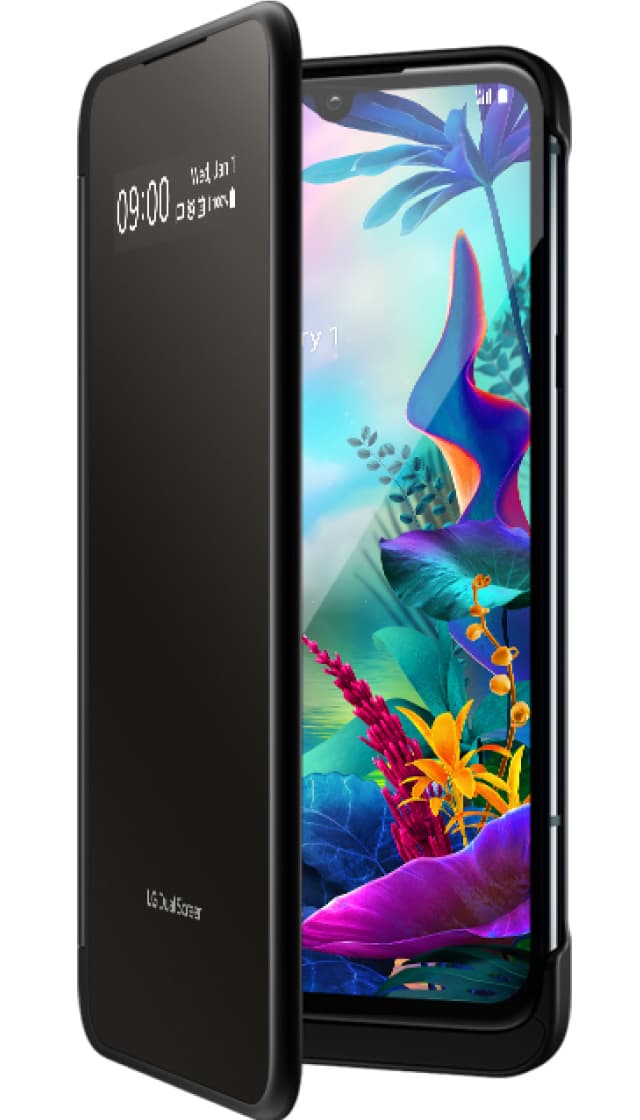 This is a smartphone on Android 9 Pie with a very fast and productive processor, with a huge touchscreen size, with a great camera that has 2 modules (12 MP Wide, 13 MP UltraWide), and the front camera here turned out to be very high quality, which can make beautiful selfies. And LG G8X ThinQ has such features: a slot for two SIM cards, cut-out notch above the screen (so that a selfie camera, speakers and additional sensors are placed there), dust and water protection.

In September 2019 LG company introduced its new smartphone LG G8X ThinQ. This is a new model with support for two SIM cards, which is running on 9 Pie and, according to the manufacturer, will be updated to a more recent version Android 10.

If you think that for today such an android smartphone on the version 9 Pie already outdated, then we advise you to look DROID-smartphones in our directory, where we collected a list of devices on the latest version of Android.

The larger the screen, the larger the case. But in addition to the width and height of the hull, its thickness is important. At LG G8X ThinQ the thickness of the case is 8.4 mm, which turns out to be very thick. Today, there are many smartphones with a slim body. In addition, the screen area in relation to the body area affects the positive feeling of the phone in the hands. This model has a screen area of 80% to 90% of the body area (watch all smartphones with a screen from edge to edge). And one more thing, the screen area is increased thanks to the upper cutout above it, while the body area remains unchanged. LG G8X ThinQ received a drop notch above the screen for a selfie camera and multiple sensors. Check out detailed photos of this smartphone for a better understanding of how it looks in real life.

The battery and the operating time also depend on the screen size. At LG G8X ThinQ installed battery for 4 000 mAh, and this is a fairly good reserve of capacity, which is exactly enough for you for one day with average usage.

A few words about the cameras that have LG G8X ThinQ. The main camera, located on the back, received several modules (dual camera smartphones): 12 MP Wide + 13 MP UltraWide. And by the way, the camera’s multiple lenses are an interesting feature. What does it give you? Additional modules also take a picture during the «shutter release». And then the smartphone, using special algorithms, processes images from all cameras to optimize and improve the final photo. And with several cameras, you can shoot more interesting photos, for example, with the bokeh effect (this is when the subject in the foreground is in focus, and the background is blurred). The main camera we would rate her 4 out of 5.

The frontcamera is also in LG G8X ThinQ. It is located in front of the screen and has one module: 32 MP Wide. These characteristics you will definitely have enough to make your selfie photos in different lighting conditions. This model does not really stand out in terms of body design (in the context of the front camera). Therefore, I would like to tell you that there are smartphones with pop-up front camera. How it works? The front camera is located inside the body and slides up only when you activate the front camera mode. You take a selfie photo or video, exit the «Camera» application and the camera panel begins to slide down into the body. Everything is simple and interesting enough.

A smartphone that always works fast, smoothly and does not overheat is a smartphone-dream! You can see how fast our LG G8X ThinQ works in video reviews, and now let′s talk briefly about the characteristics of the processor and memory. This model received 8-core processor on the chipset Snapdragon 855. The amount of RAM is 6 GB.

The built-in memory on which you will store photos, videos, music and all your data, has a volume of 128 GB. In addition, the smartphone supports memory cards microSDXC.

Price for LG G8X ThinQ: buy or not to buy?

Price LG G8X ThinQ at the start of sales was $270. A smartphone with this price level got into the price segment “Below average smartphones from $200 to $300” and got a very powerful processor, a huge touch screen, and the front camera is very cool with a decent main camera.

If you want to buy LG G8X ThinQ, you can choose any online store or offline electronics store, the main thing is to have a guarantee for the smartphone and the desired version of the model you have chosen. 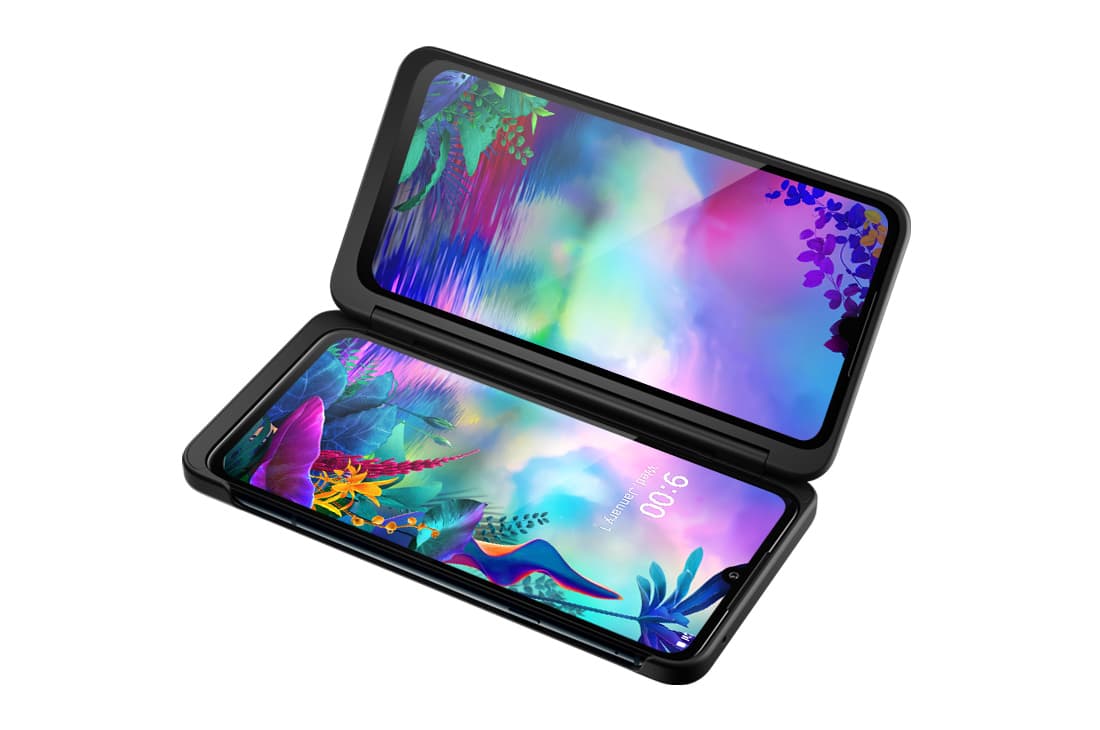 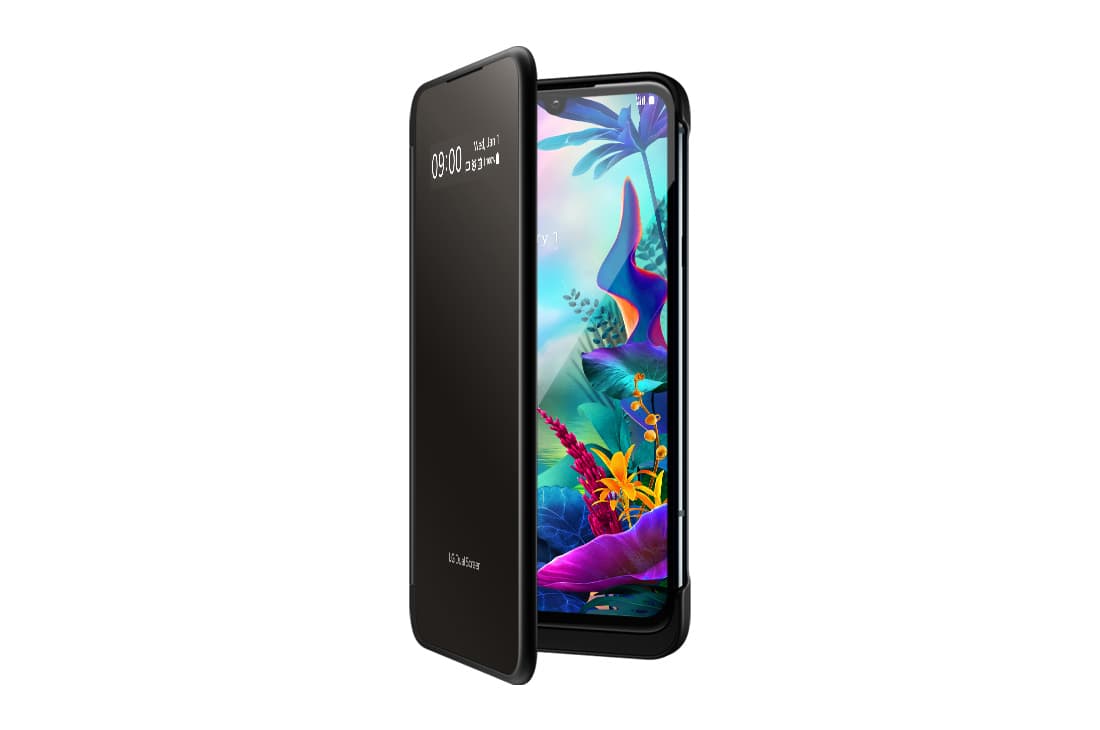 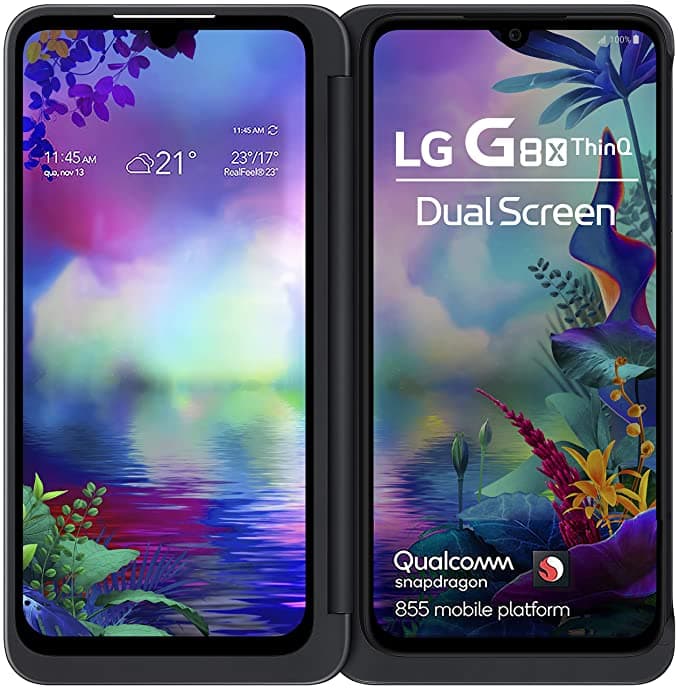 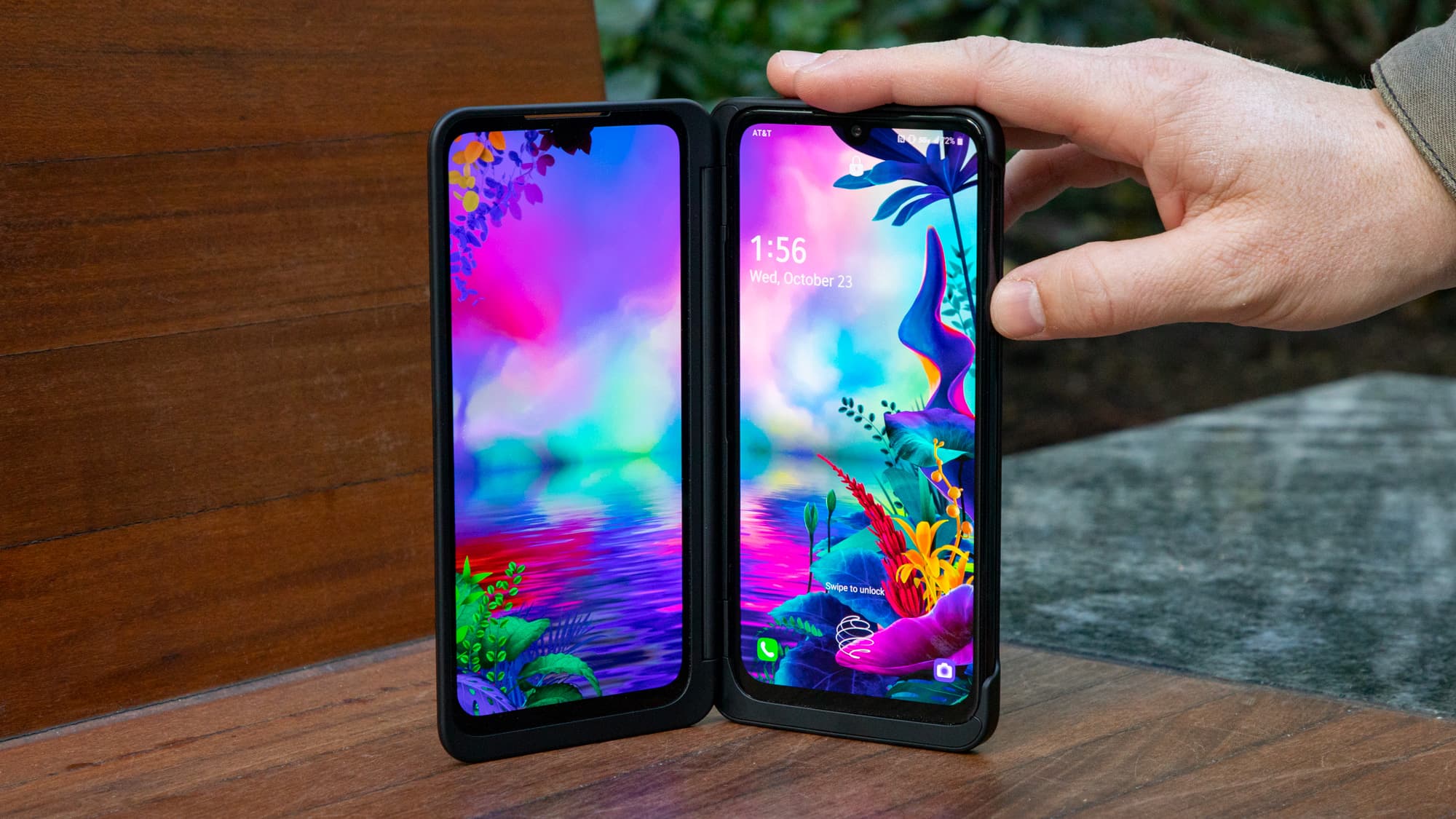 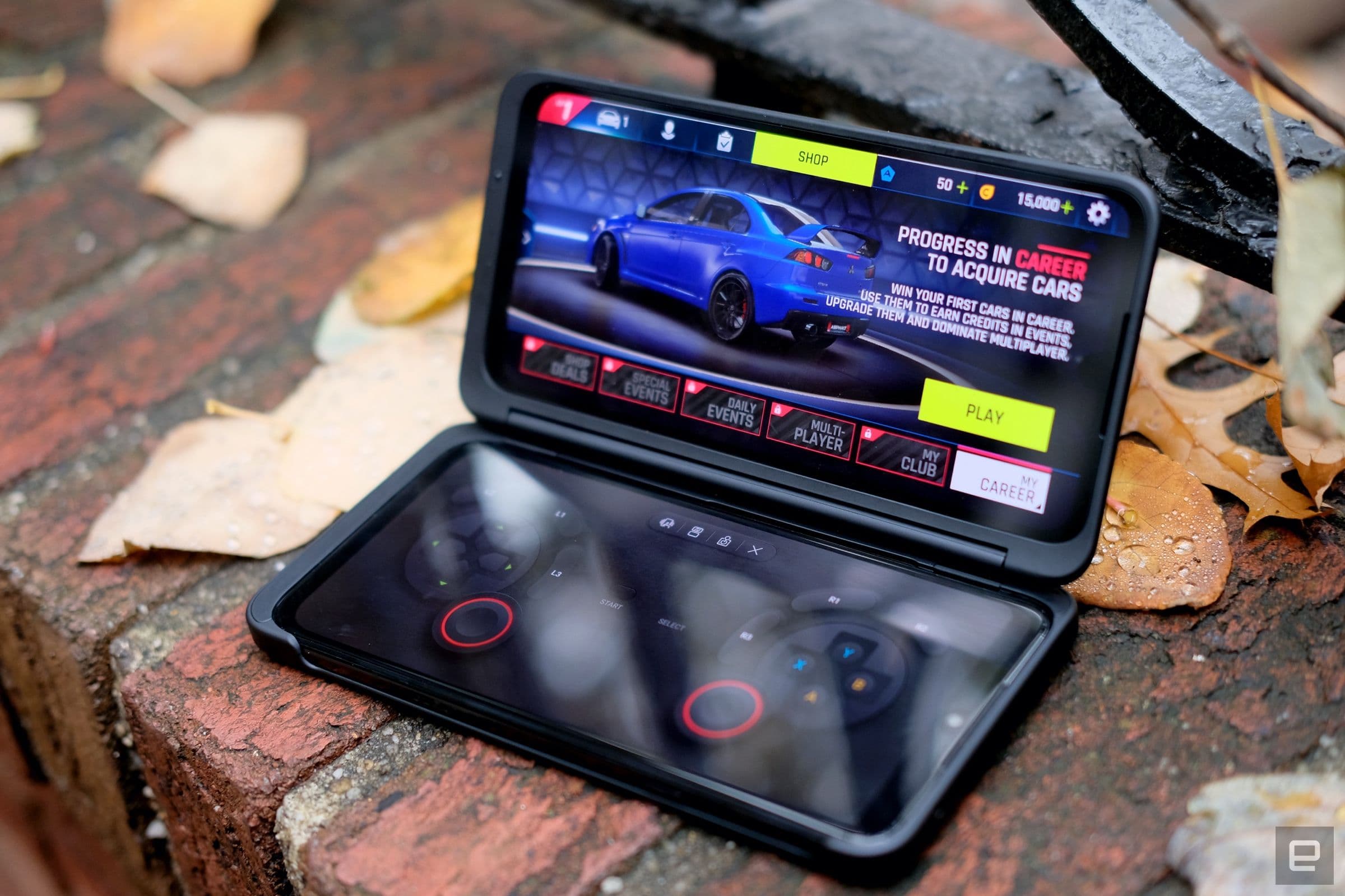 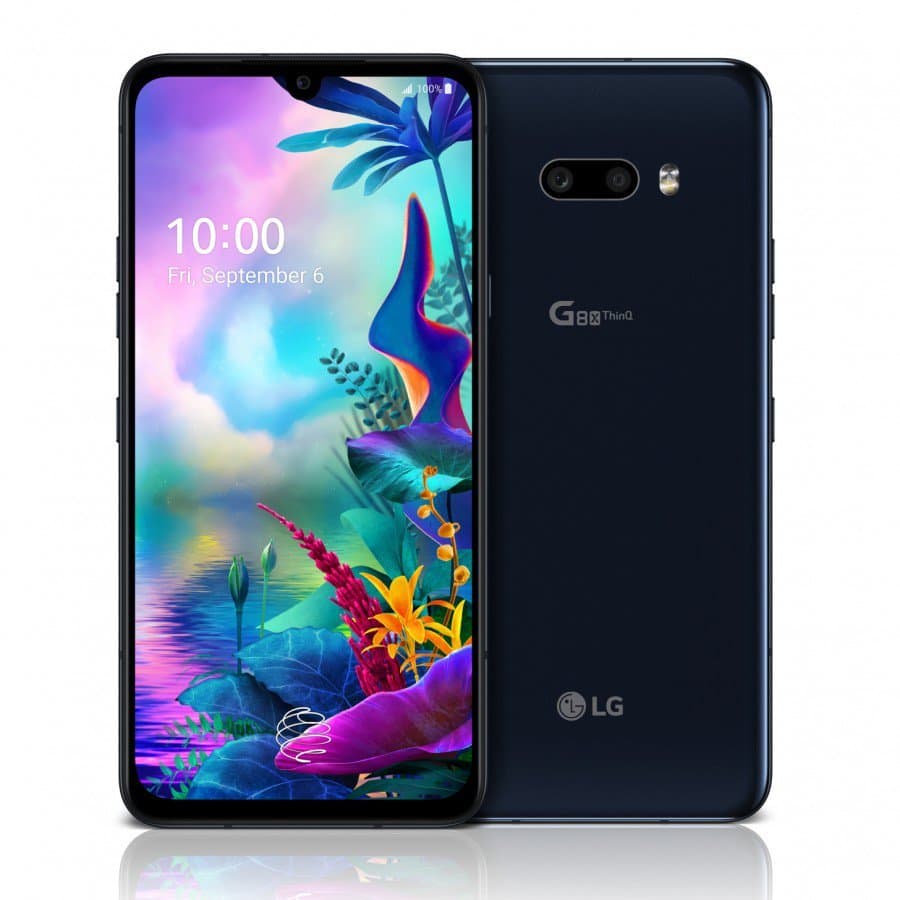 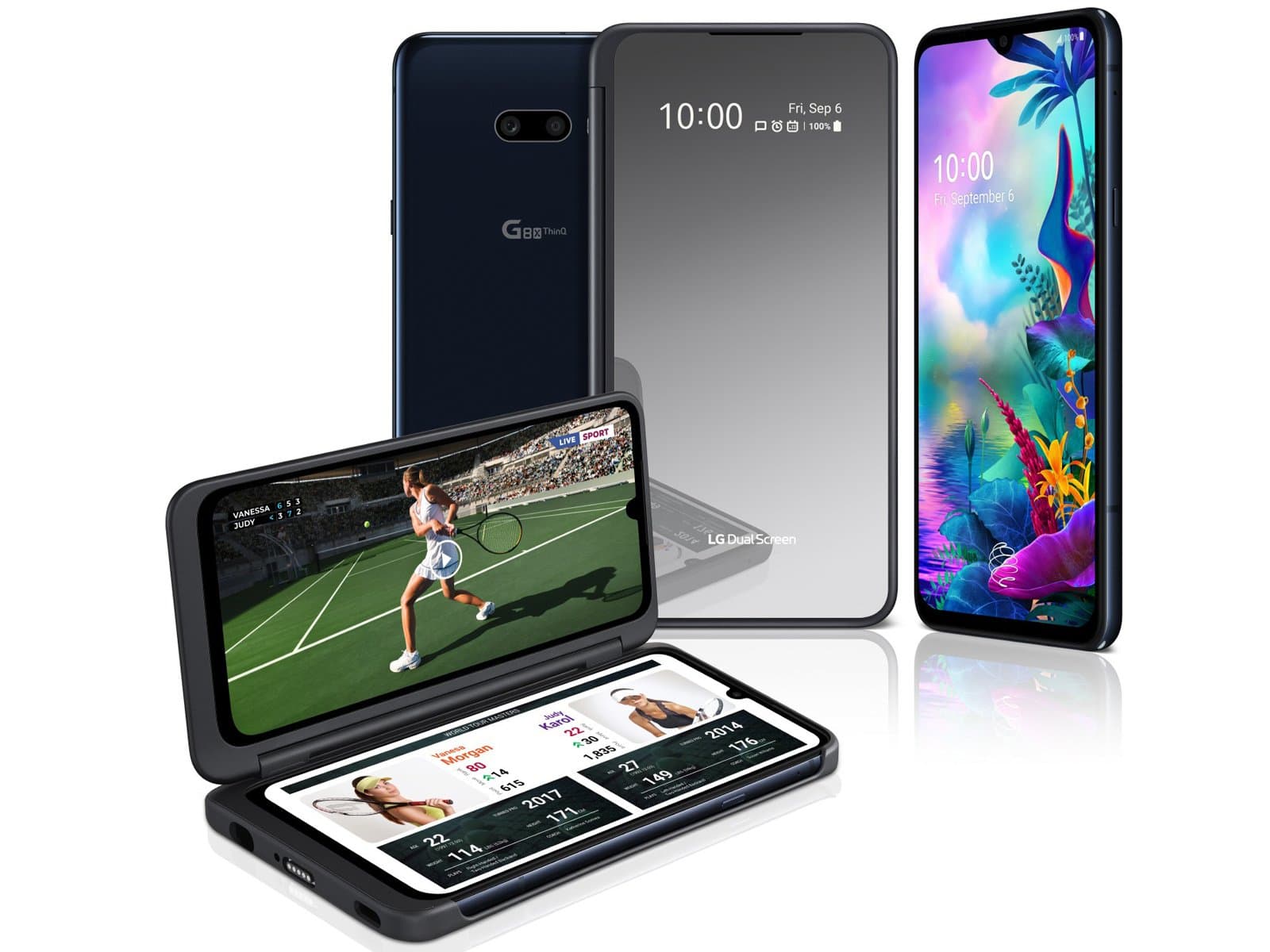