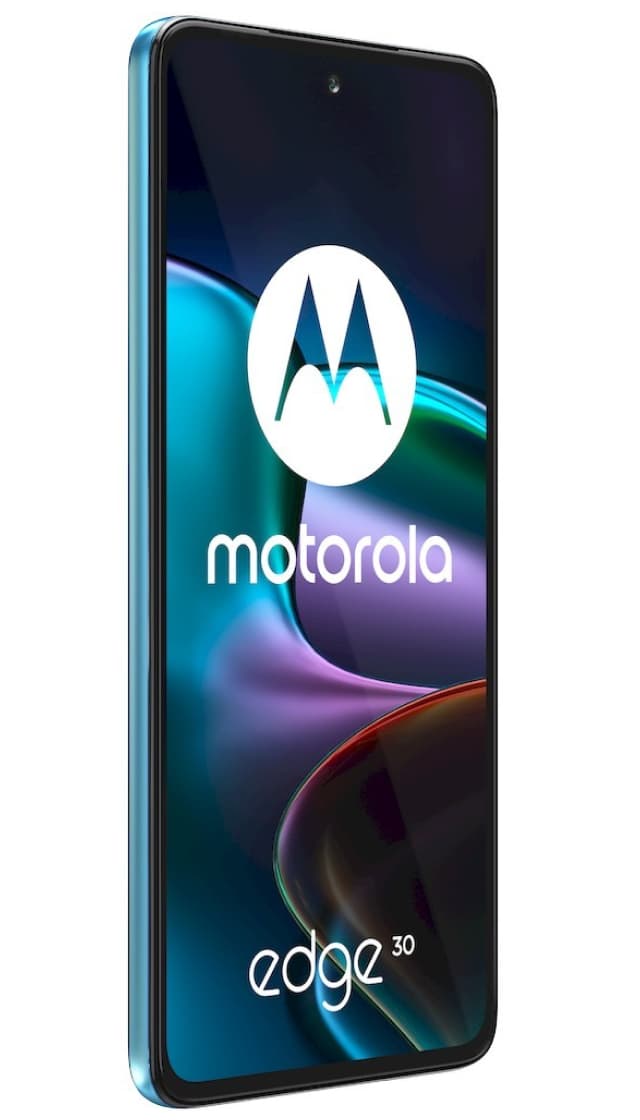 This is a smartphone on Android 12 with a very fast and productive processor, with a huge touchscreen size, with a very cool camera that has 3 modules (50 MP Wide, 50 MP UltraWide, 2 MP Depth sensor), and the front camera here turned out to be very high quality, which can make beautiful selfies. And Motorola Edge 30 has such features: a slot for two SIM cards, cut-out notch above the screen (so that a selfie camera, speakers and additional sensors are placed there), dust and water protection.

“Out of the box” on the new smartphone installed Android 12, which is updated to version 13. And besides, it is important to note immediately that the model Motorola Edge 30 supports two SIM cards (view all smartphones with 2 sim cards in the catalog).

Briefly describe the screen and the body of the smartphone. Motorola Edge 30 received AMOLED-screen measuring 6.5 inches. And this is a phablete, not just a smartphone. And, even if you liked this model, it′s far from the fact that it will be convenient for you to use it. Therefore, we advise you to hold it in your hands before buying. In addition to the screen size, it is also worth talking about the image refresh rate.

And now let’s move on to describing the dimensions of the case. The ratio of screen size to body size of Motorola Edge 30 is very high, so the screen takes up almost all the space from edge to edge (but a little bit lacking to the parameters of a frameless smartphone). In addition, there is a small hole at the top of the screen, which houses a selfie camera. Such a cutout significantly increases the usable area of the smartphone screen and even distinguishes the body design from other models. The thickness of the smartphone Motorola Edge 30 is 6.8 mm. It′s almost the thinnest smartphone, but it′s even thinner. And in such dimensions the engineers managed to put the battery on 4 020 mAh, and this is already the application for success and leadership in tests for the duration of the device from one battery charge.

Another of the features of the hull, we note that Motorola Edge 30 has dust, water protection. This model could become a flip smartphone and get into our catalog on a separate page, where all phones with flexible screens are collected. Unfortunately, this did not happen. And therefore, if you are interested in smartphones with such top-end characteristics, we advise you to look at them in our catalog and get a deeper understanding in which direction the entire mobile electronics industry is moving. Perhaps, in a couple of years, every second person on the planet will have such flip smartphones.

The smartphone Motorola Edge 30 got the main camera with multiple modules (triple camera smartphones): 50 MP Wide + 50 MP UltraWide + 2 MP Depth sensor. And there is also a front camera that has one module: 32 MP Wide. If you judge only by the number of megapixels, then the main camera is super-camera, which is installed in smartphones. But the frontcamera very good, which will surprise you with its high quality shooting of selfie. It seems that we have already written many times that before buying you need to see a smartphone and hold it in your hands. And speaking about cameras, I would like to repeat the same idea once again — look at the reviews about this model, see examples of photos taken by this smartphone. It often happens that in search of a low price, you buy a model with a camera of tens of megapixels, but the photos and videos will not be of high quality.

And write a few words about the performance of Motorola Edge 30. Of course, the very first thing that will be discussed is the processor. The model received a 8-core processor Snapdragon 778G+ 5G (6 nm).

The second performance characteristic in our opinion is the amount of RAM. The Motorola Edge 30 has 6 installed on the RAM, but you can choose the version with 8 GB of RAM, to make the smartphone work even faster.

The built-in flash memory of this model has the volume 128 GB, but you can choose the version with 256 GB.

Price for Motorola Edge 30: buy or not to buy?

Let′s step back from the lyrics and talk about money. Selling Motorola Edge 30 will begin in May 2022 at a price of $470. There are analogues of this model from its price segment “Above average smartphones from $400 to $500”, you can choose any smartphone for the same money. 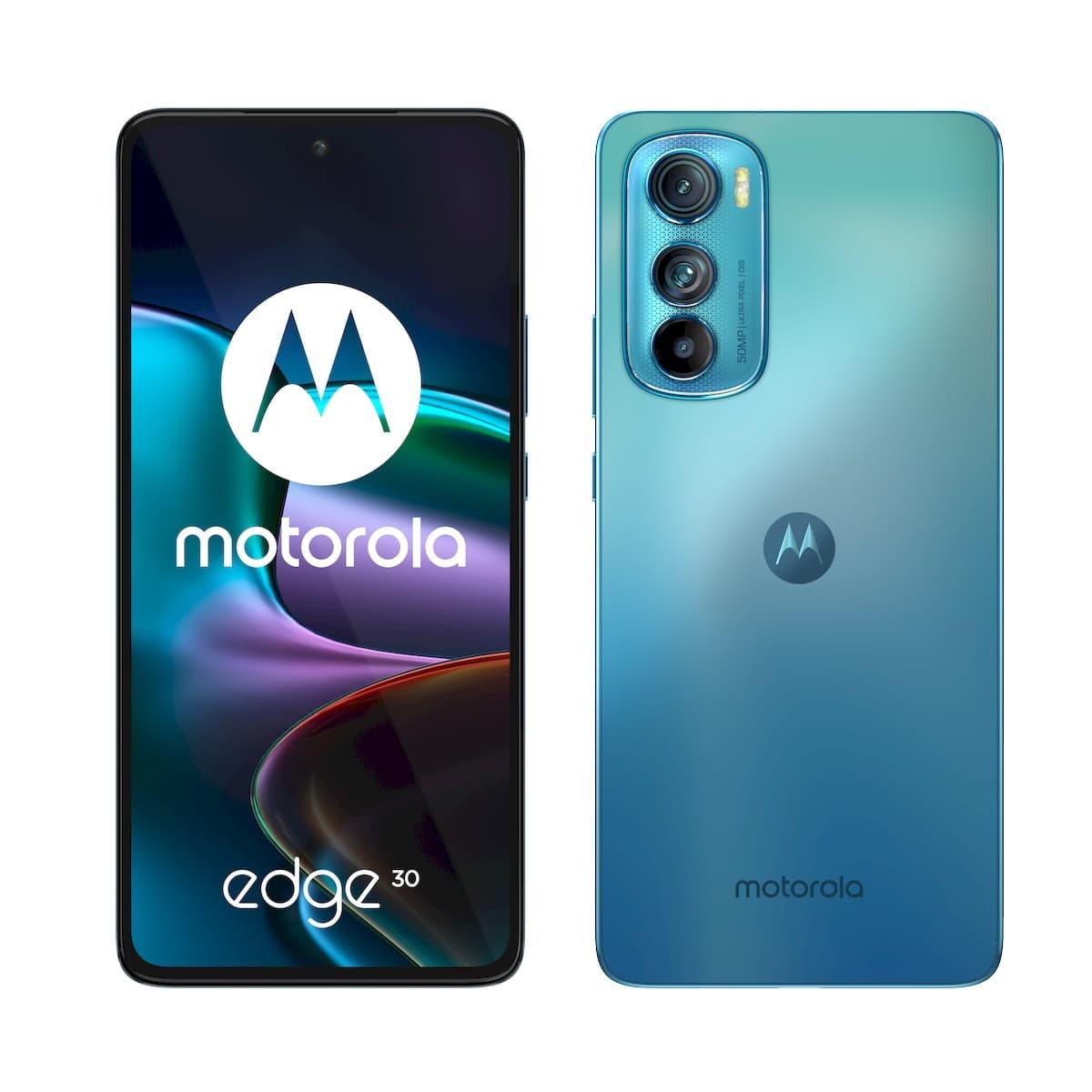 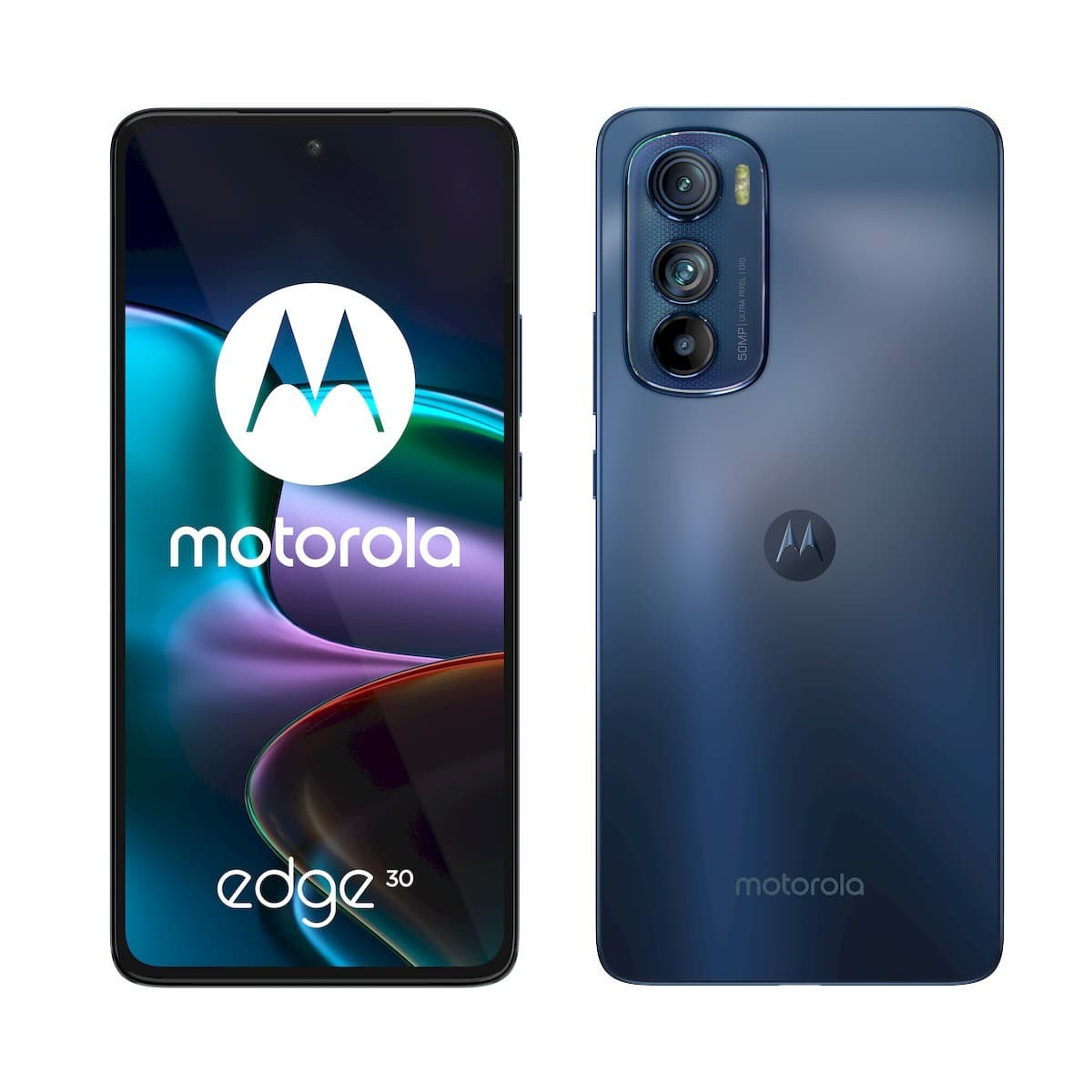 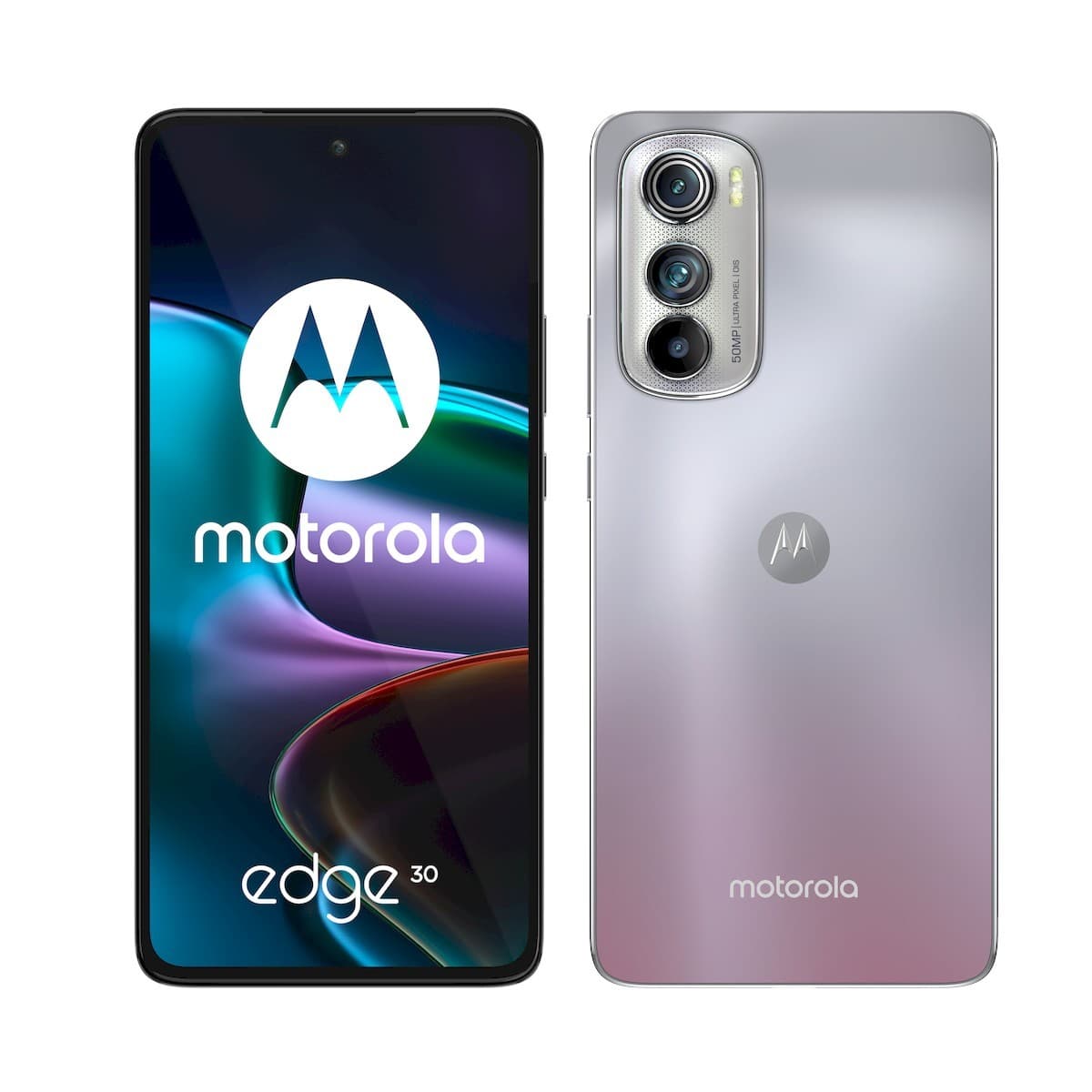 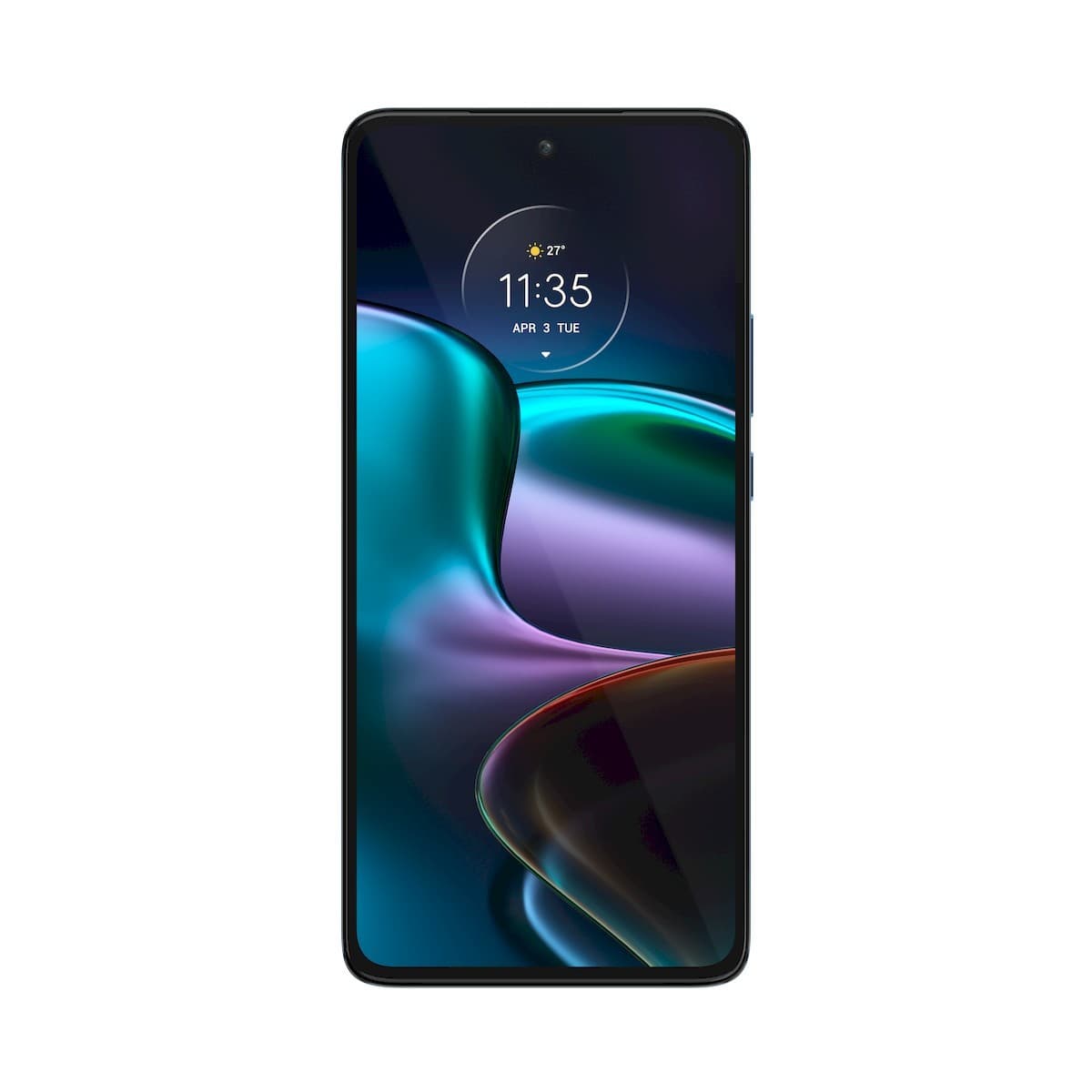 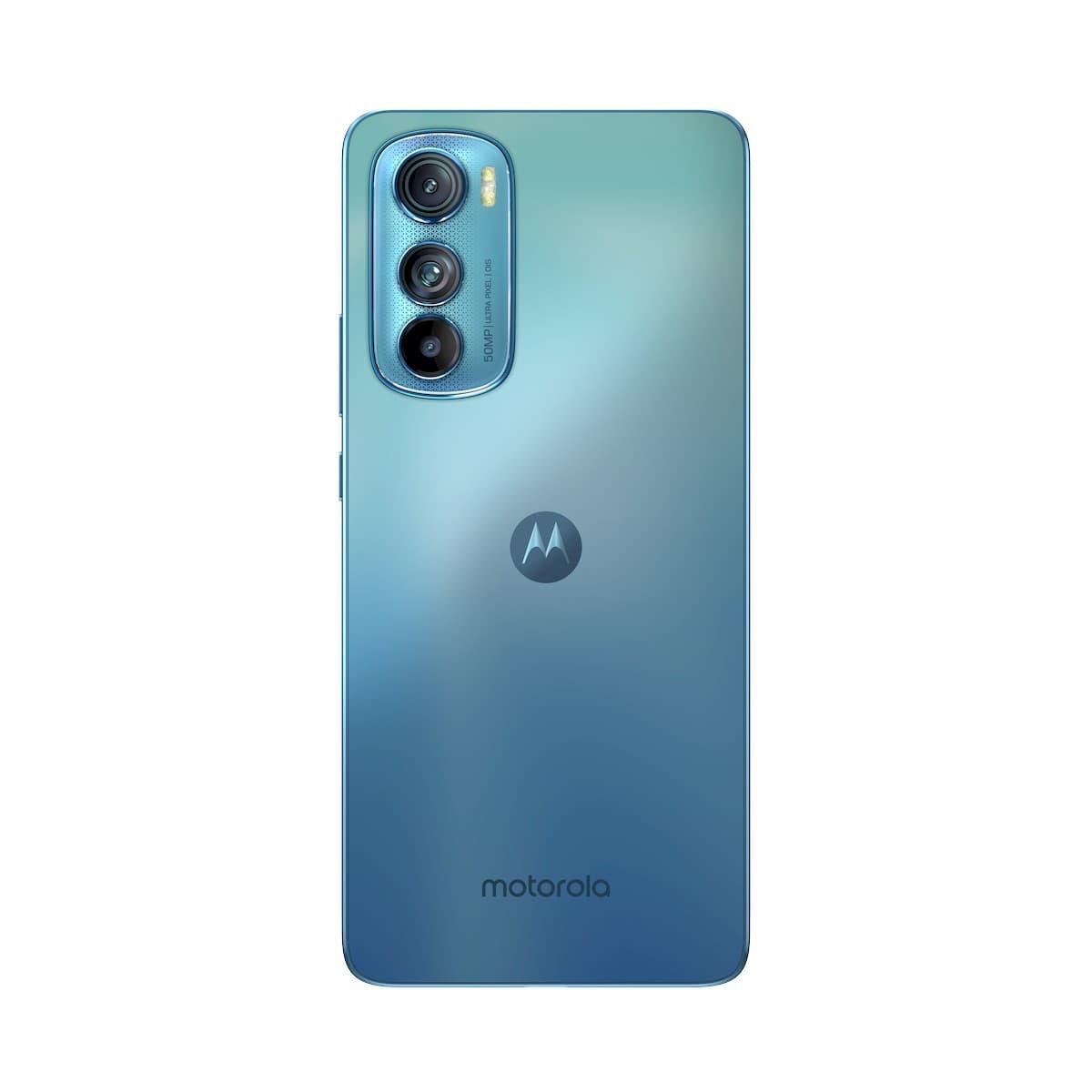 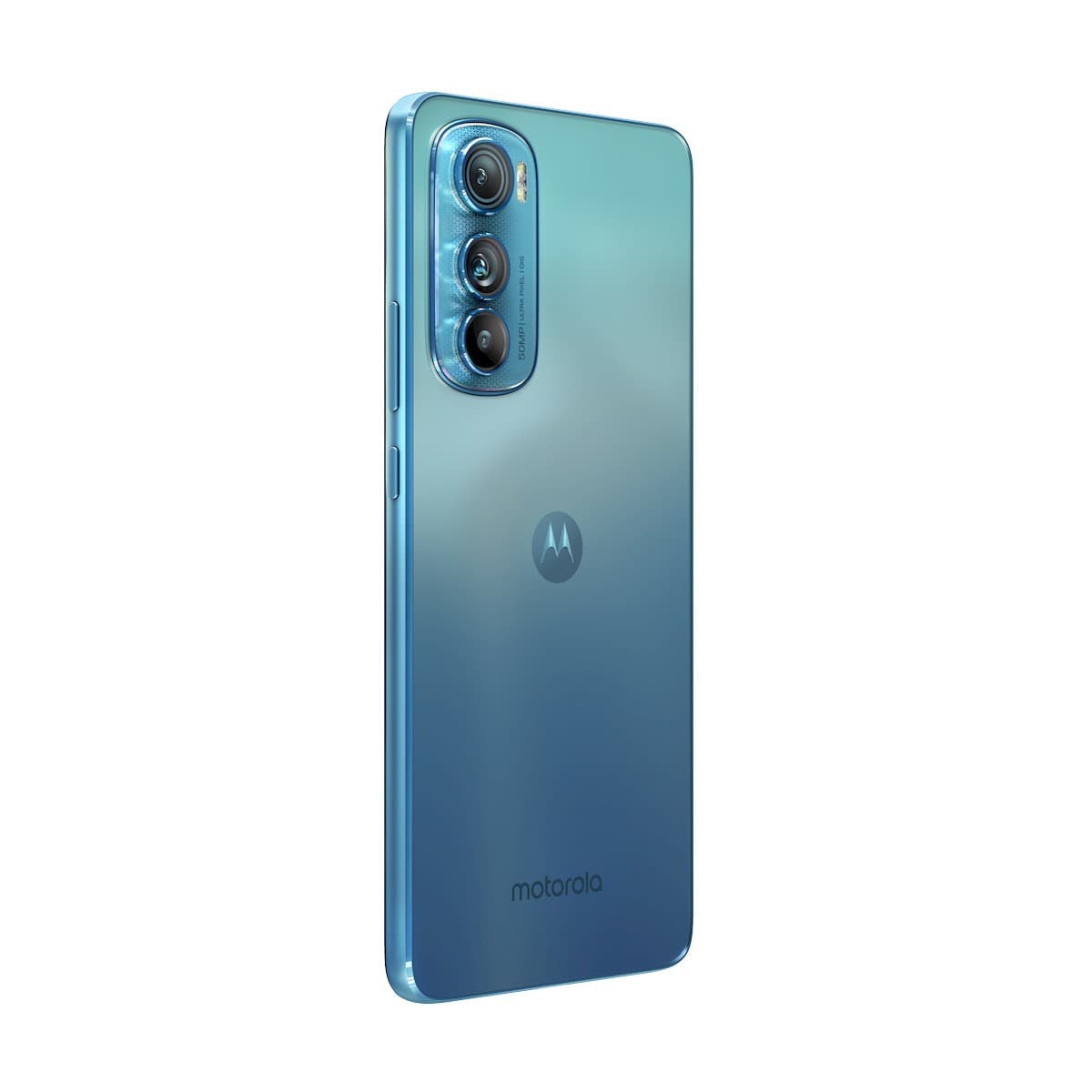 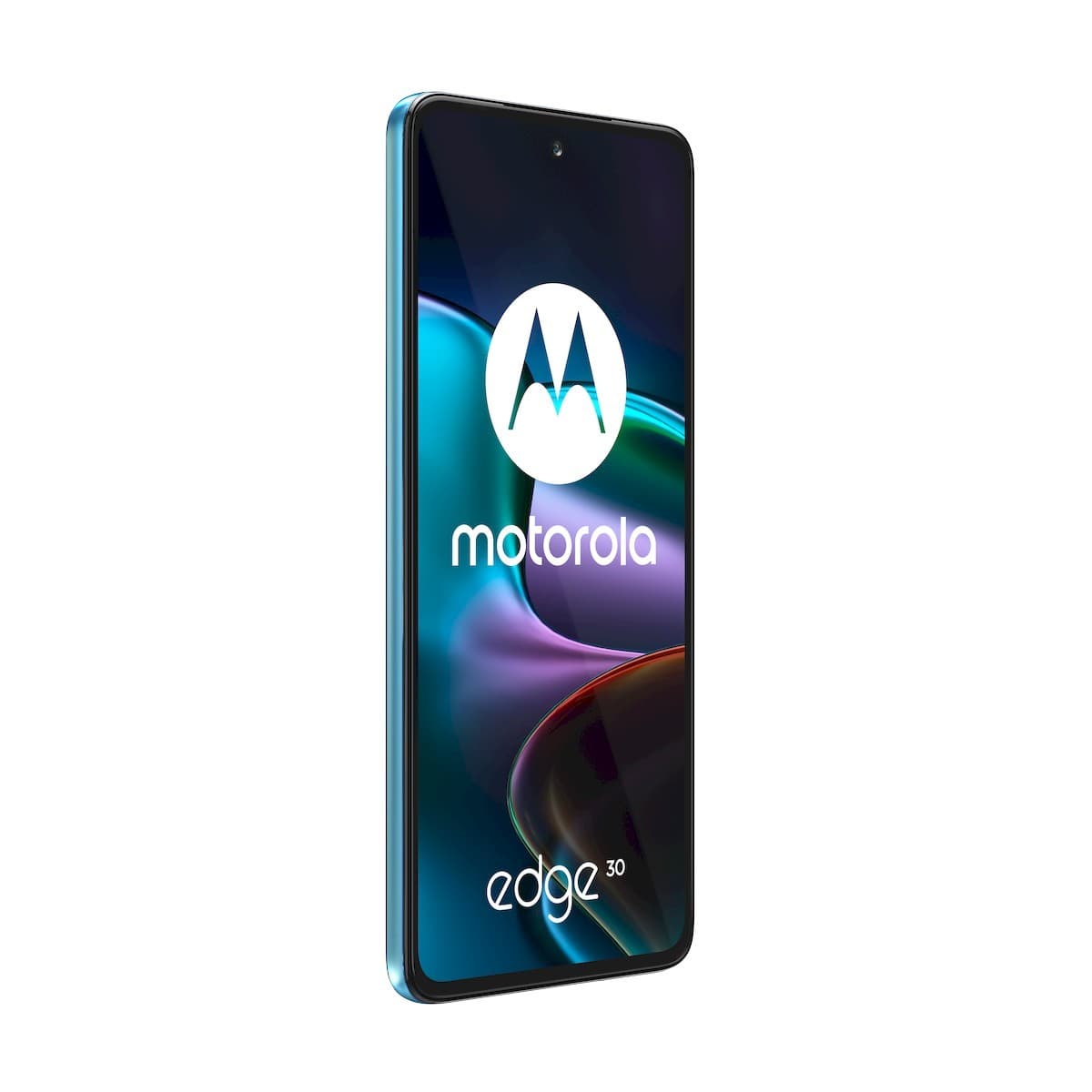 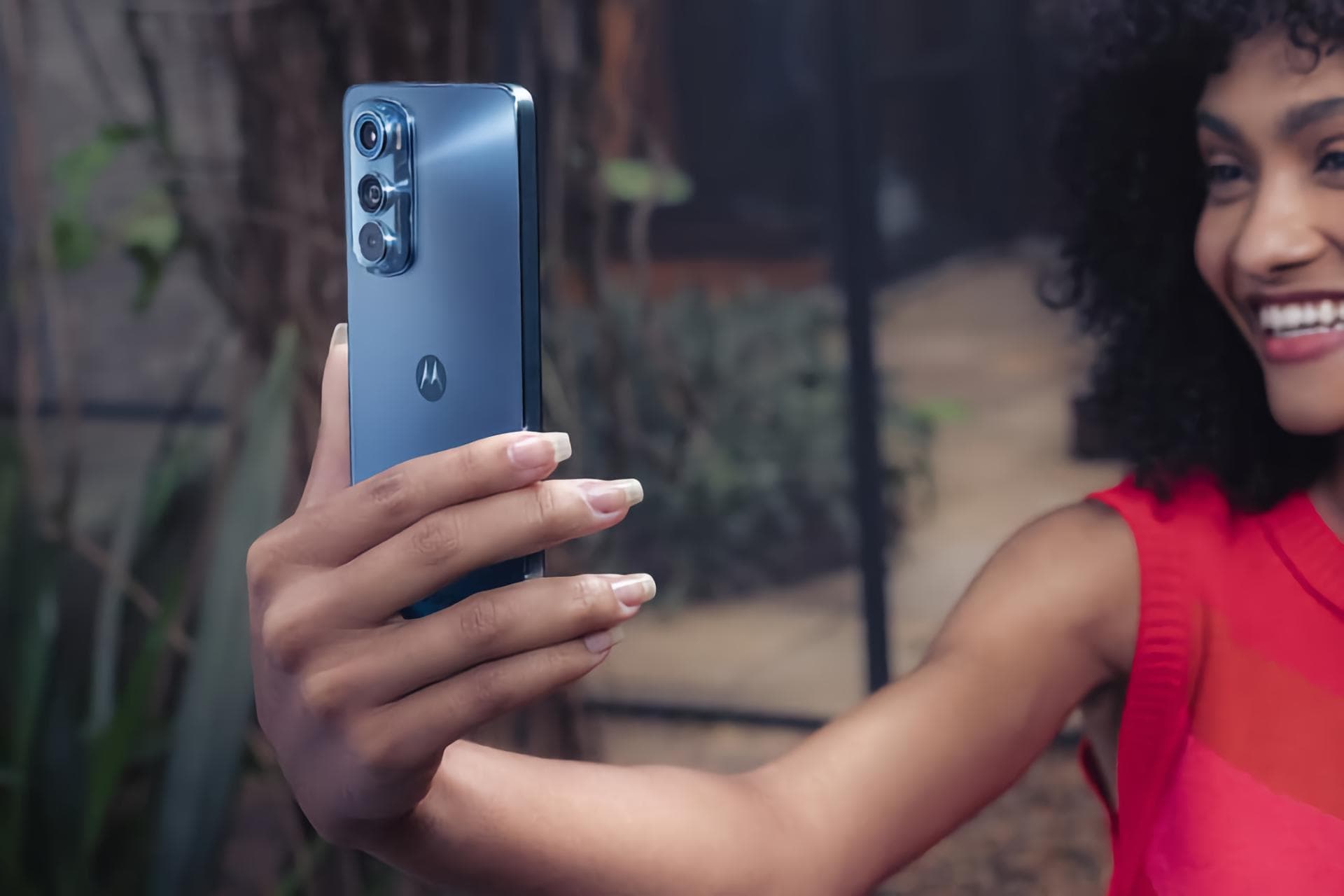 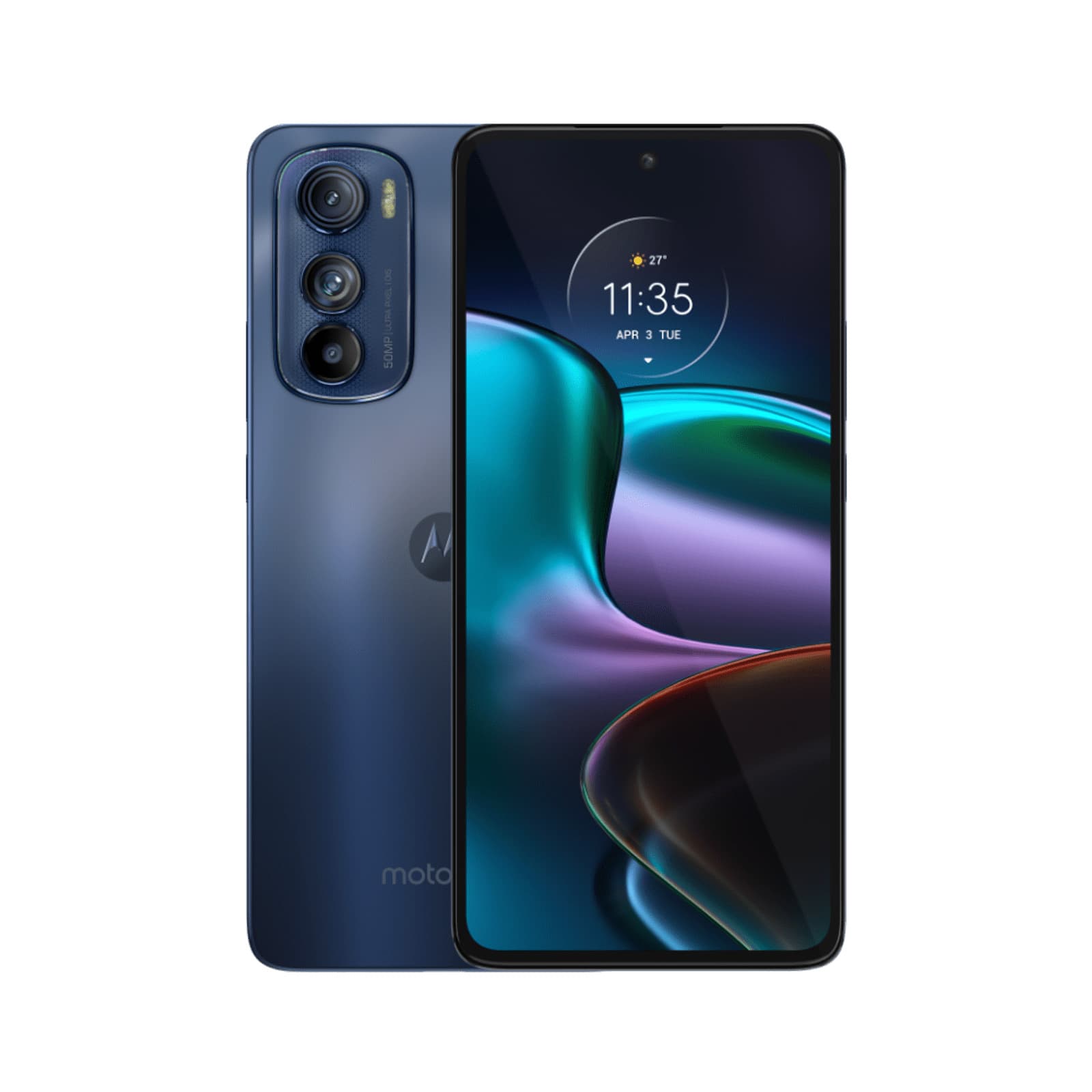 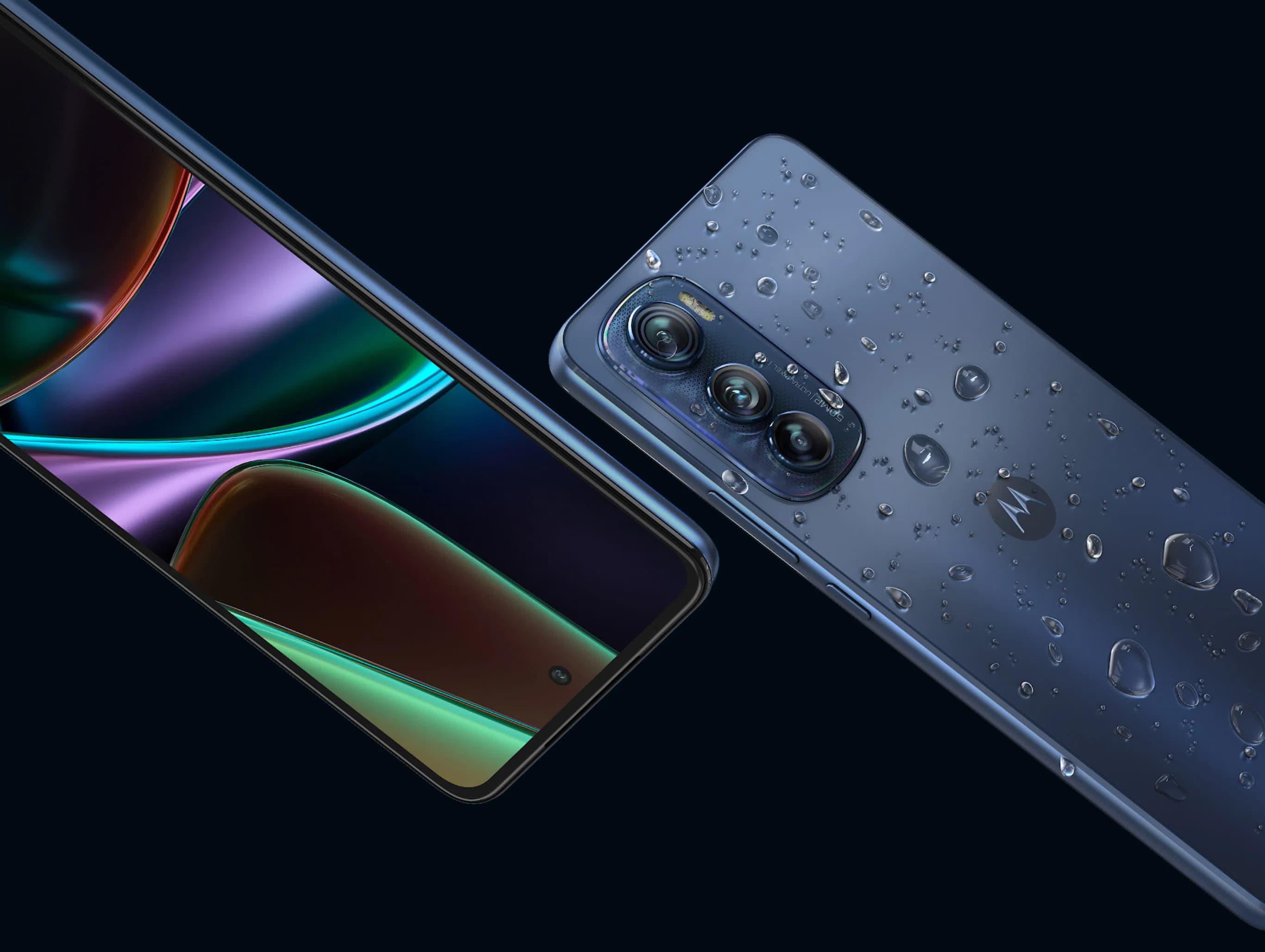 In this list, you can find four models from the Edge series and six smartphones from the Moto G series, including Motorola Edge 30. Stay with us and follow the news. We’ll update when Motorola Edge 30 starts receiving the Android 13 update later this year or early next year.

All models received the latest version of Android 12, 50 megapixel cameras, waterproof housing. All models except Motorola Moto G (2022) with MediaTek Dimensity 700 5G have Snapdragon chipsets. This is where something in common in the characteristics ends. The top model Motorola Edge 30 received the best performance.