This is a smartphone on Android 11 with a very fast and productive processor, with a huge touchscreen size, with a very cool camera that has 3 modules (48 MP Wide, 2 MP Macro, 2 MP Depth sensor), and the front camera here turned out to be absolutely ordinary. And Motorola Moto E40 has such features: a slot for two SIM cards, cut-out notch above the screen (so that a selfie camera, speakers and additional sensors are placed there).

Motorola Moto E40 is smartphone of 2021, which was officially announced in October the world′s electronics manufacturer — the company Motorola. In addition, this smartphone supports the work of two SIM cards, here you are, and please, the first reason for buying this model (or any other dual-smartphone from the catalog).

In 2021 this new model works out of the box running the Android operating system 11. But in the market of android-smartphones an important factor when buying a new device is the possibility of updating it to a fresh version of the OS. So Motorola Moto E40 has not received any software updates, which is very sad, so we advise you to look at other DROID-smartphones in our catalog.

And also it is worth mentioning that the manufacturer did not implement support for 5G networks in Motorola Moto E40. Therefore, if this is an actual requirement for a smartphone for you today, we advise you to choose any 5G smartphone from this list of models.

Briefly describe the screen and the body of the smartphone. Motorola Moto E40 received IPS LCD-screen measuring 6.5 inches. And this is a phablete, not just a smartphone. And, even if you liked this model, it′s far from the fact that it will be convenient for you to use it. Therefore, we advise you to hold it in your hands before buying. In addition to the screen size, it is also worth talking about the image refresh rate. 90 Hz is 90 updates per second of each pixel on the screen. Smartphones with a display refresh rate of 90 Hz were first announced in the premium segments (for example, the Google Pixel 4 model with a price of about $800). And later, similar characteristics appeared in smartphones in the middle price segment (for example, models from Xiaomi).

And now let’s move on to describing the dimensions of the case. The ratio of screen size to body size of Motorola Moto E40 is very high, so the screen takes up almost all the space from edge to edge (but a little bit lacking to the parameters of a frameless smartphone). In addition, there is a small hole at the top of the screen, which houses a selfie camera. Such a cutout significantly increases the usable area of the smartphone screen and even distinguishes the body design from other models. The thickness of the smartphone Motorola Moto E40 is 9.1 mm. This model, you can call “fat”, because today many smartphones with thinner cases are already being manufactured. And in such dimensions the engineers managed to put the battery on 5 000 mAh, that just mega-cool for such a device. The operating time on one battery charge will exceed all your expectations.

Take photos and videos on smartphone Motorola Moto E40 possible on the main camera (48 MP Wide + 2 MP Macro + 2 MP Depth sensor) and on the front camera (8 MP with a regular lens). We tried to group all smartphones in the catalog into segments and this model with such a main camera got in the top segment. At the moment this is one of the best cameras on the market, so we advise you to buy this smartphone and enjoy the quality of the photos and videos taken on his camera.

Smartphone received 8-core processor Unisoc T700. If you want to assess the speed of the smartphone and its performance, then do not forget to see how much RAM is installed in it. Motorola Moto E40 received 4 GB of RAM.

Only one version of the built-in memory in the smartphone is on the market — 64 GB and expand the memory can only be using memory cards. Supported memory cards microSDXC.

Price for Motorola Moto E40: buy or not to buy?

The smartphone Motorola Moto E40 got into our price segment “Affordable smartphones from $100 to $200” and began to be sold in October 2021 at a price of $185. Evaluation of the characteristics, probably, you have already folded, and if not, here is our result. Motorola Moto E40 is a very smart smartphone with a huge screen and the coolest main camera for today, and the front camera did not turn out super cool. And to all this we add that the battery here deserves special attention, because it received a very powerful with increased capacity. 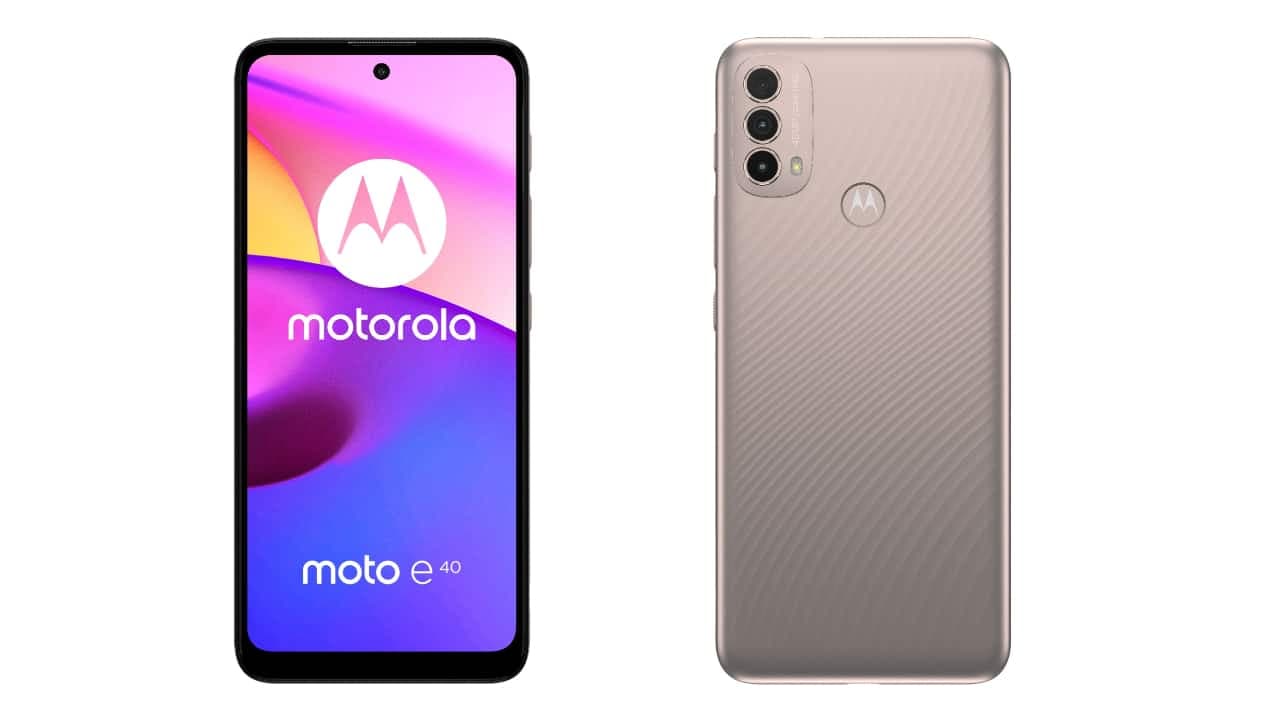 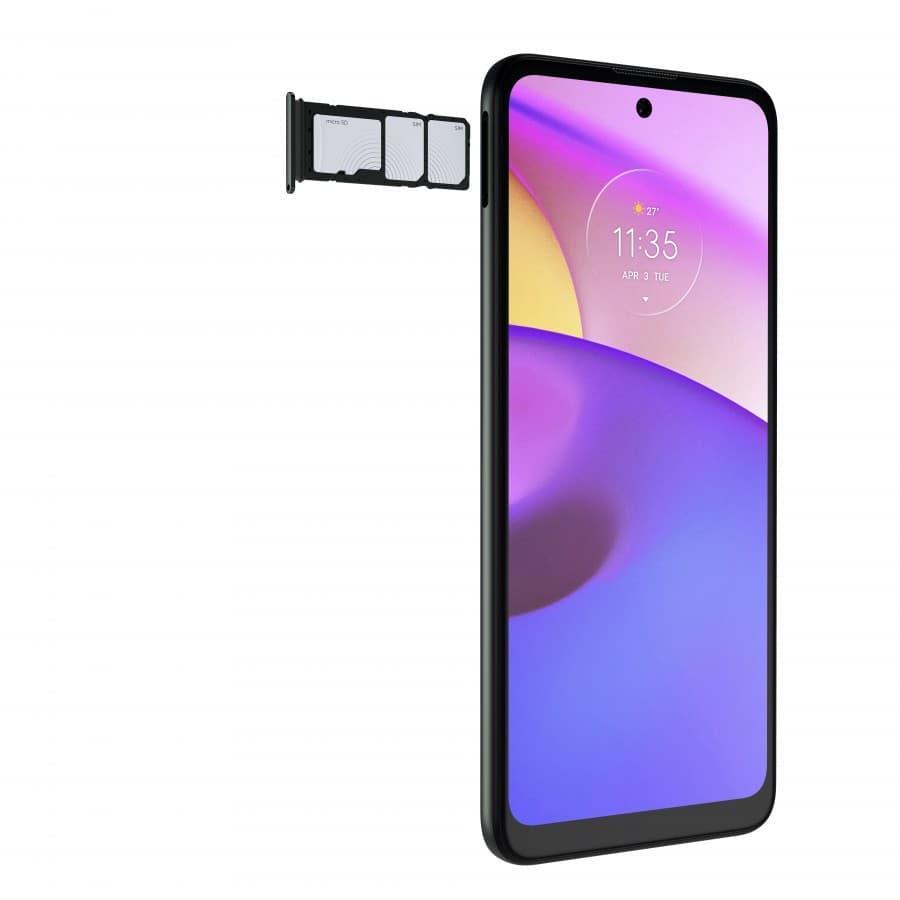 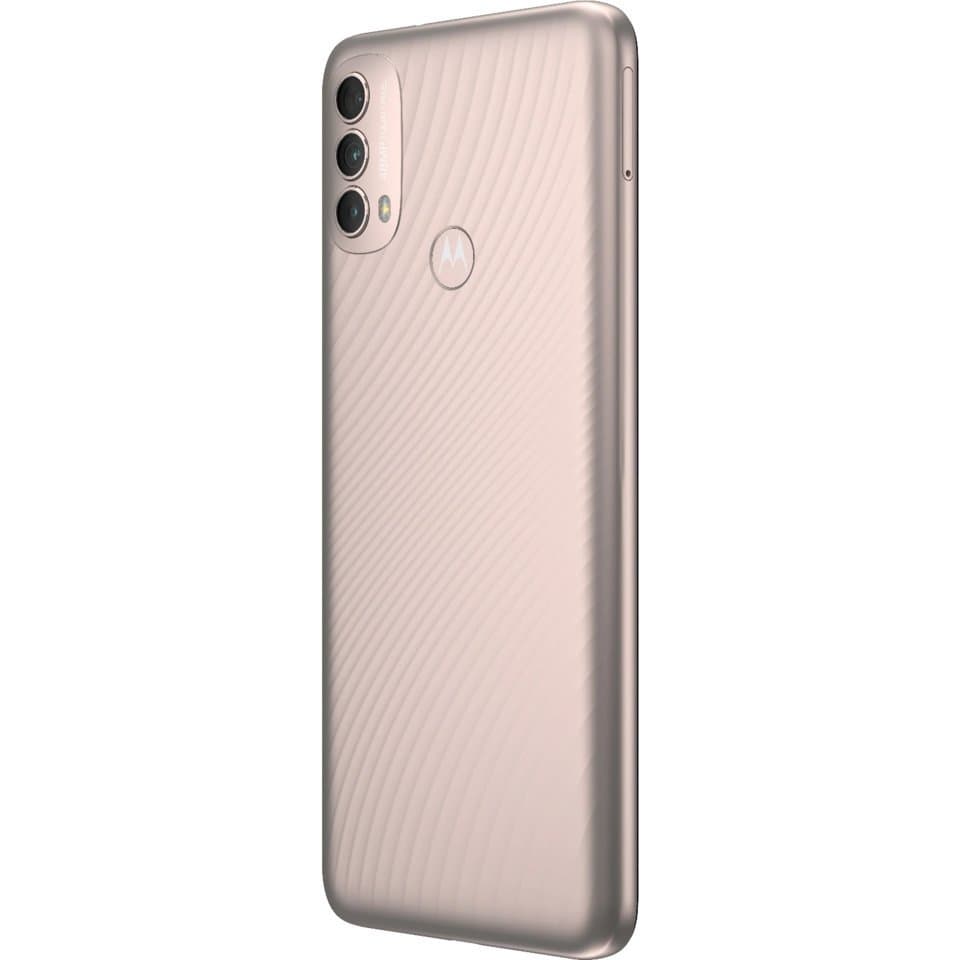 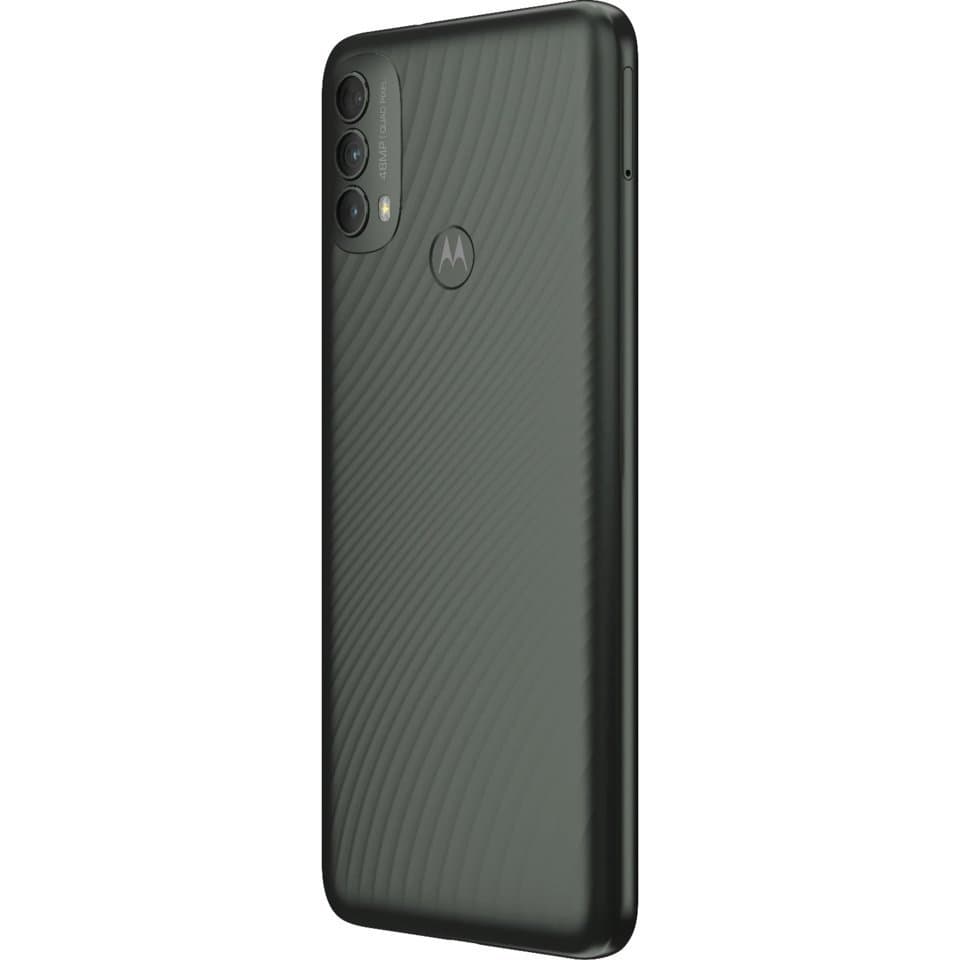 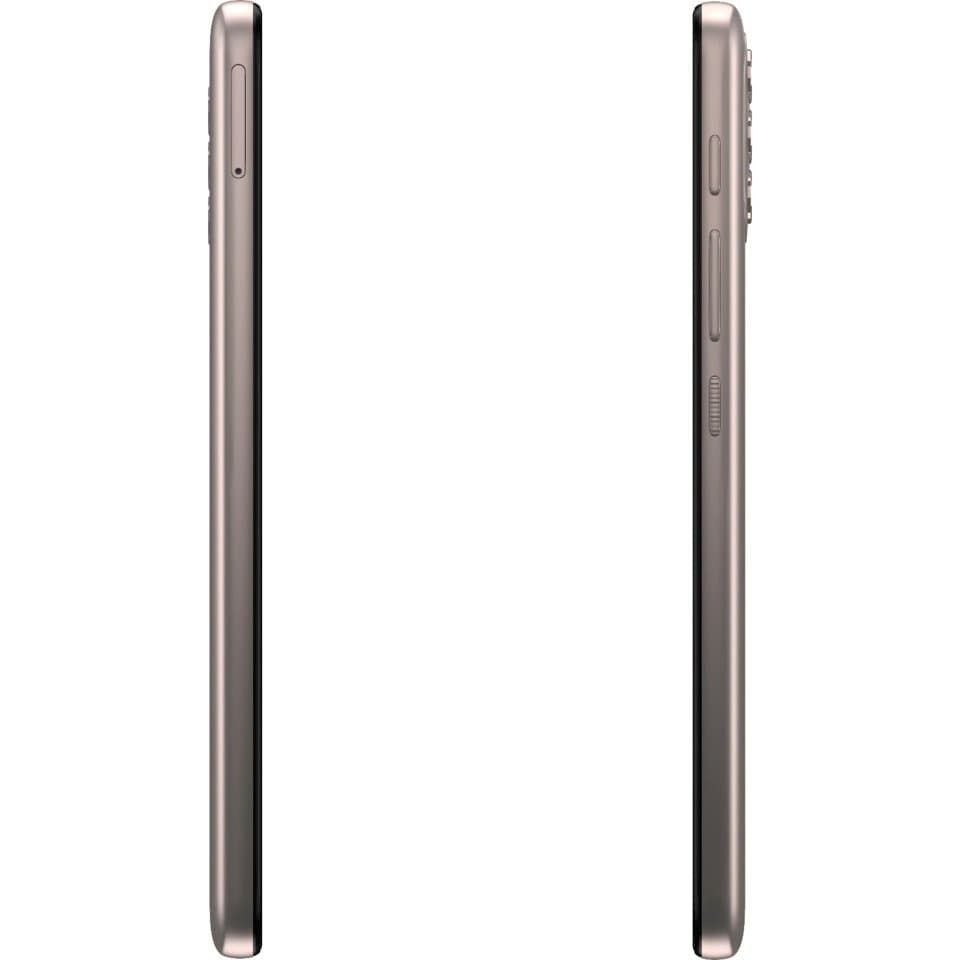 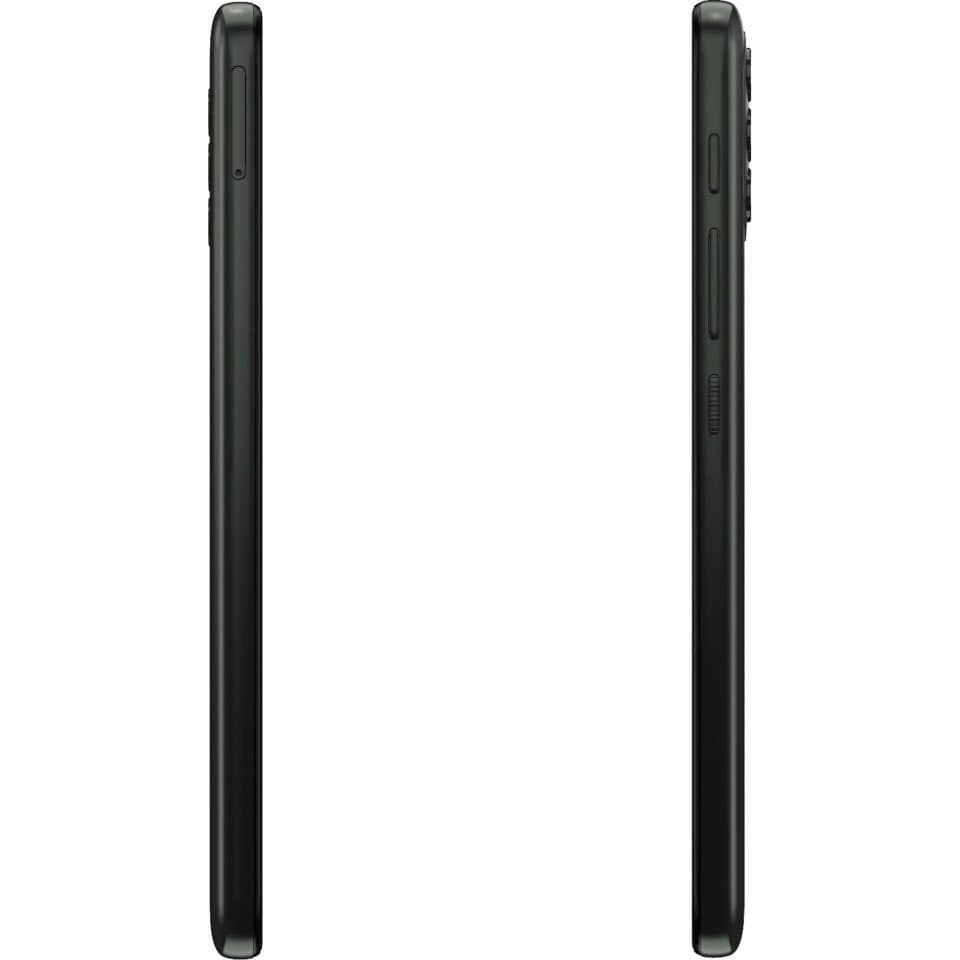 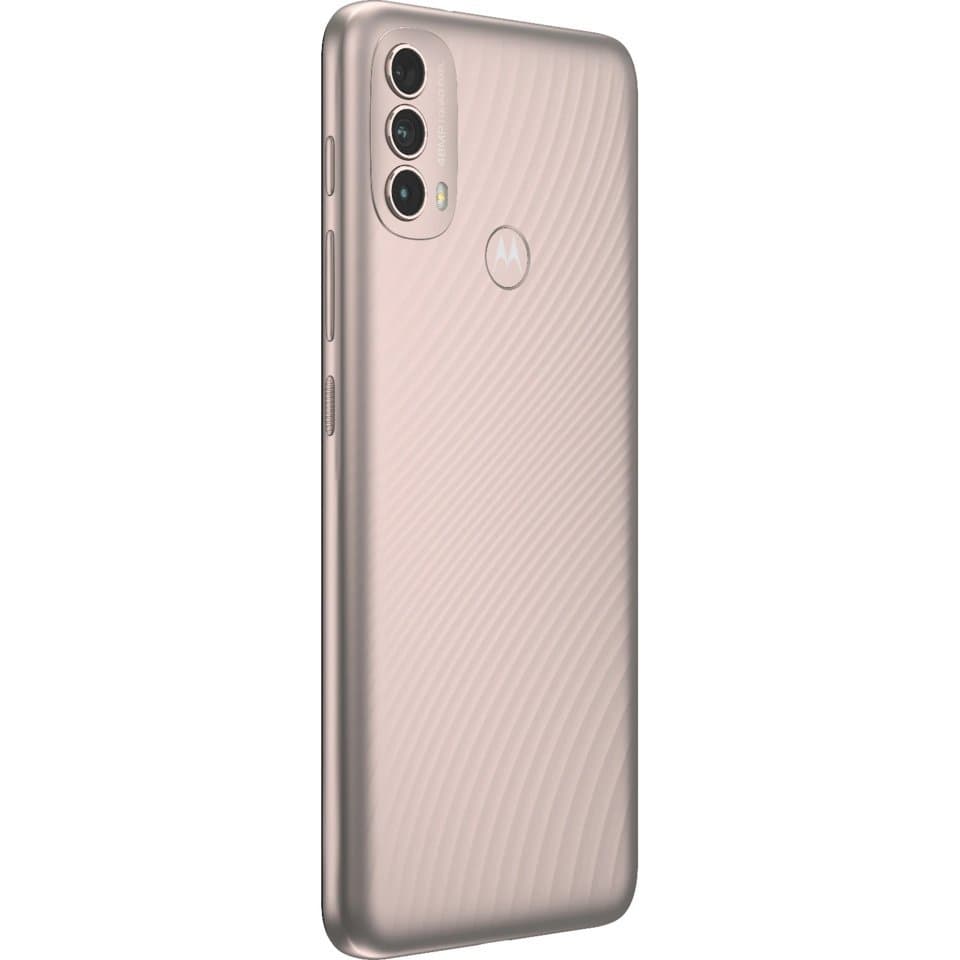 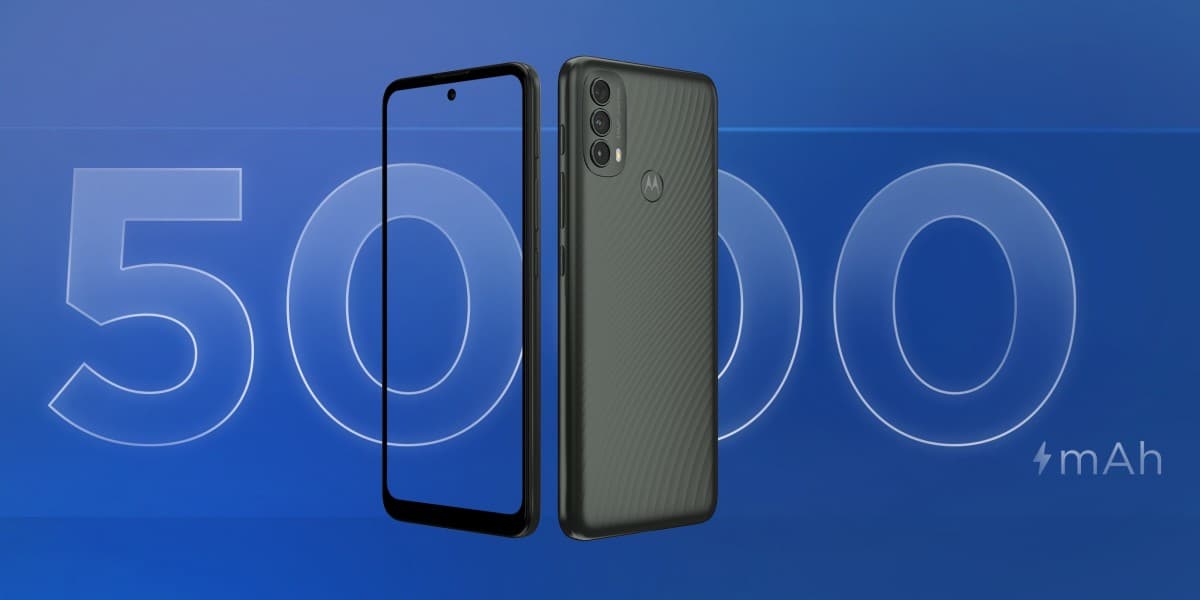 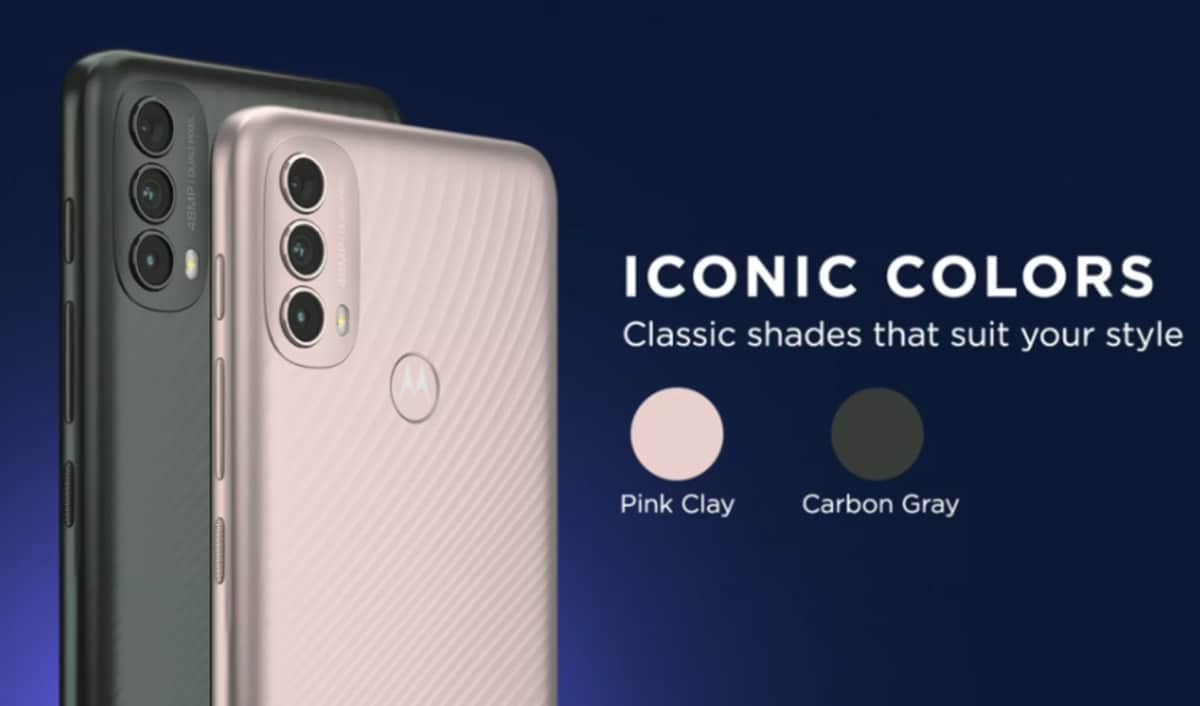 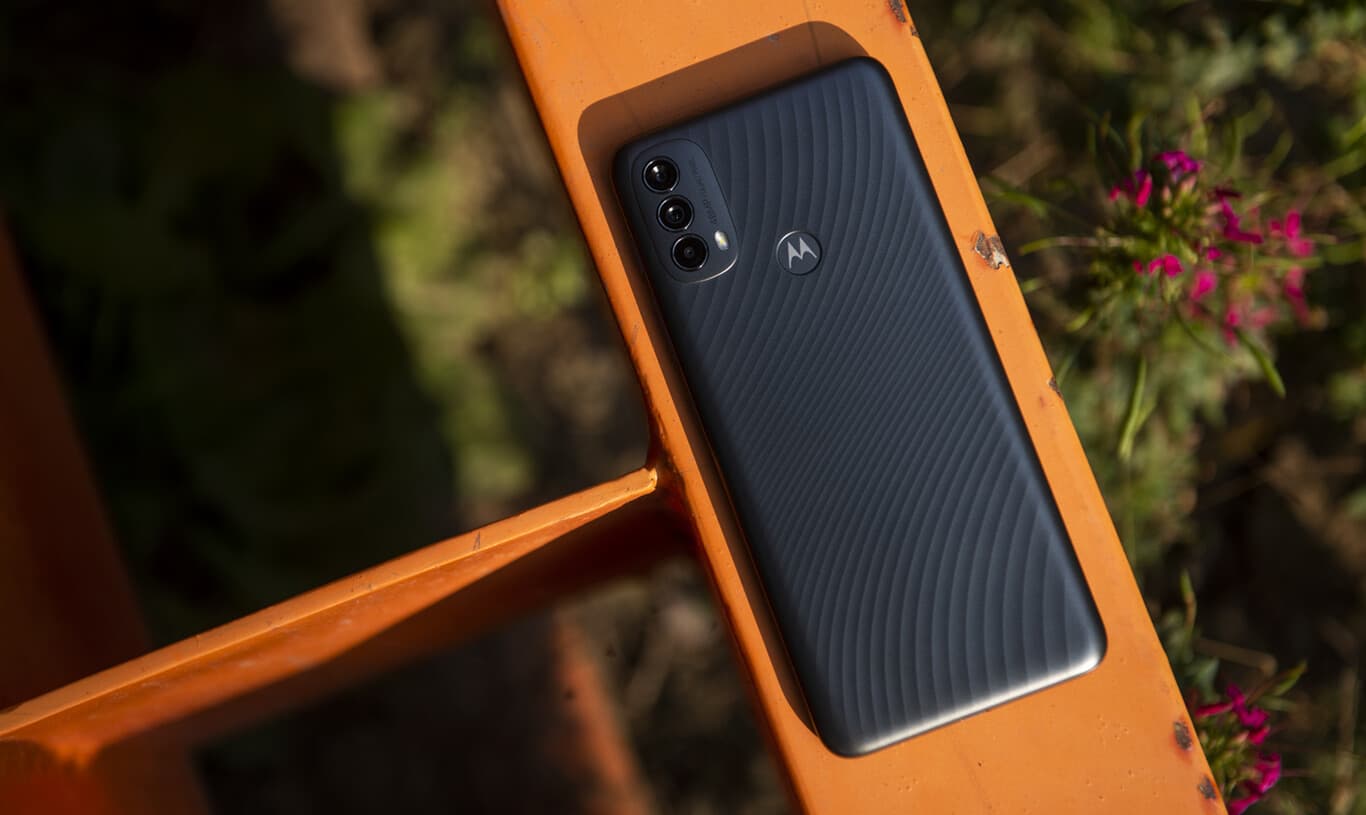 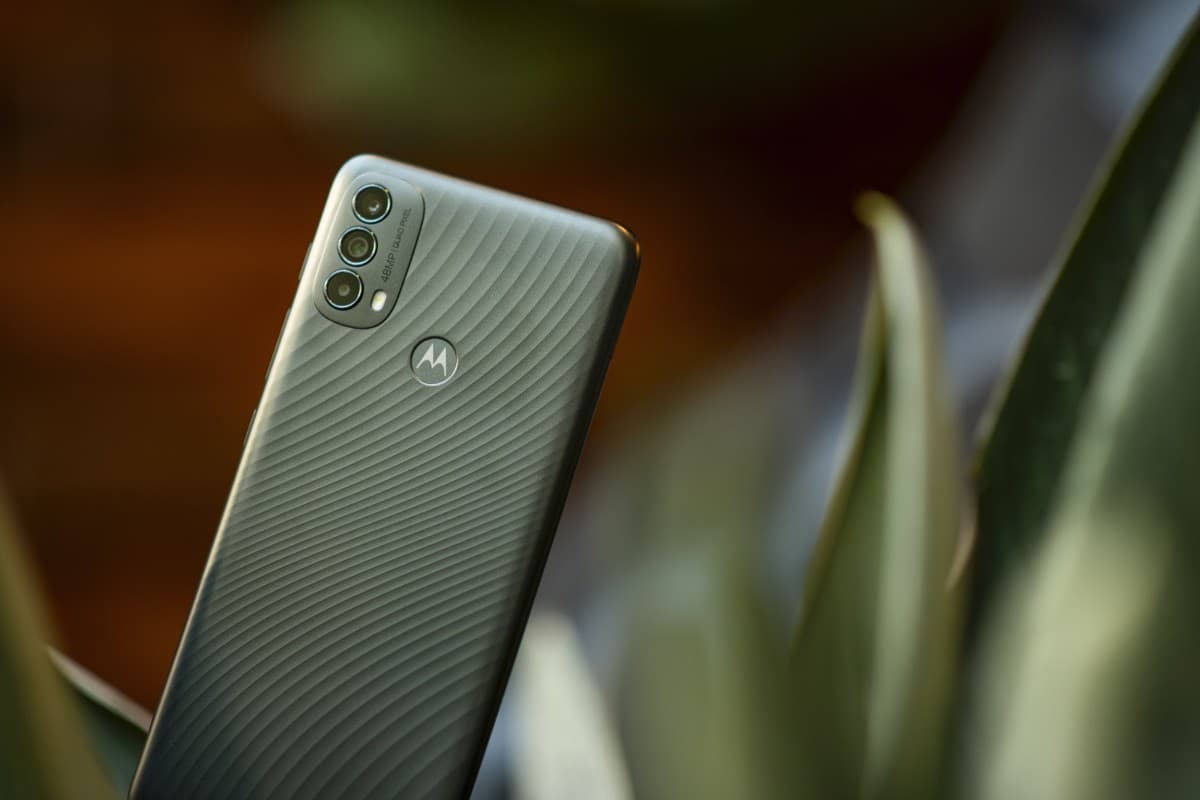 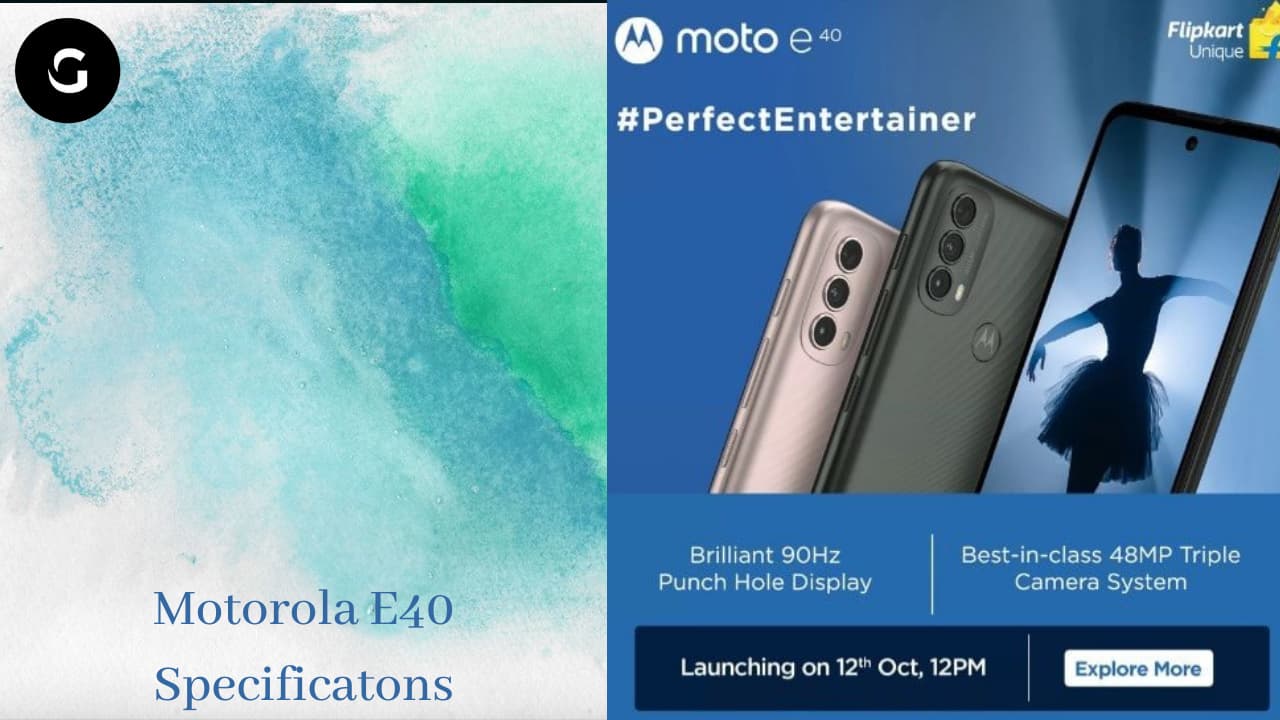 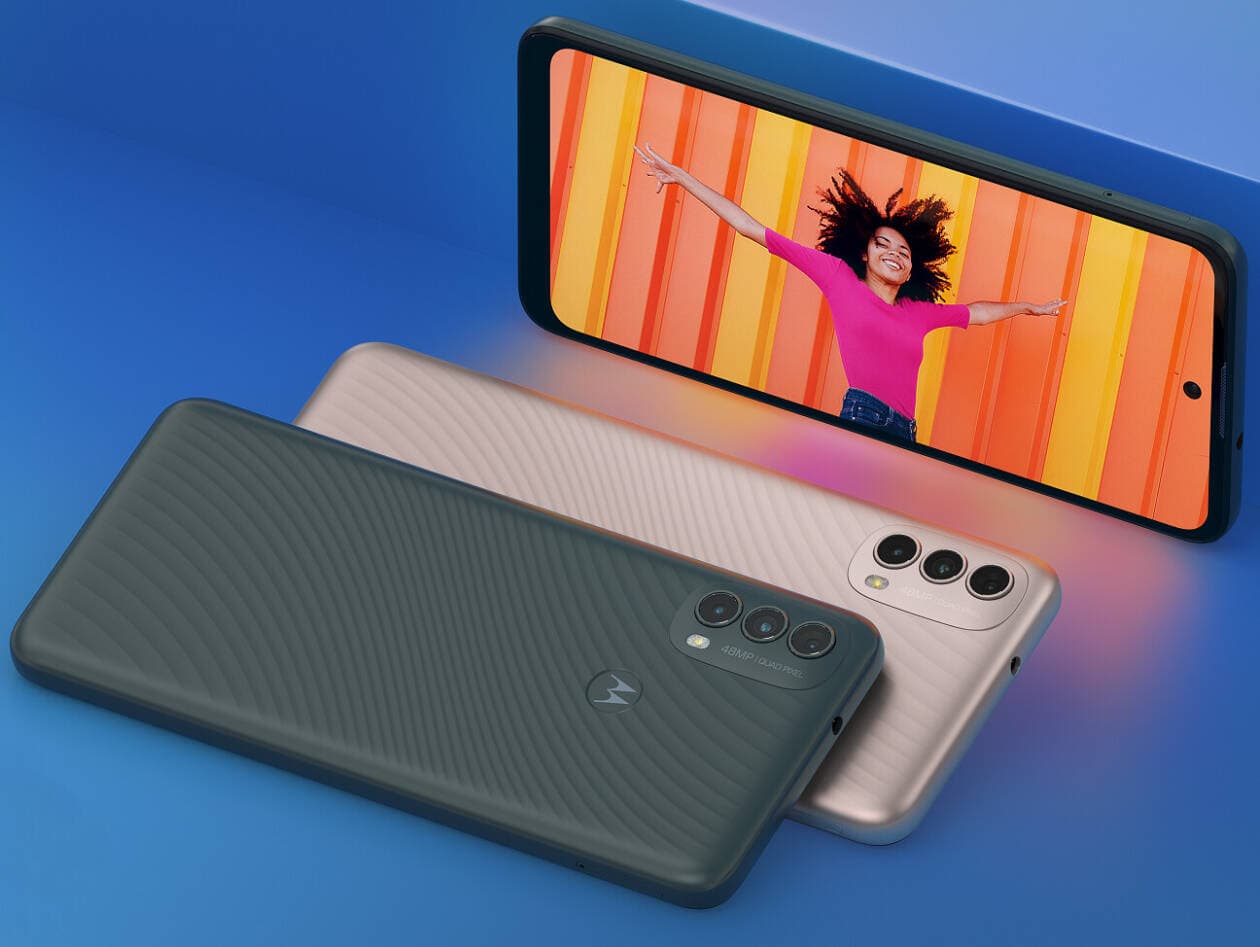 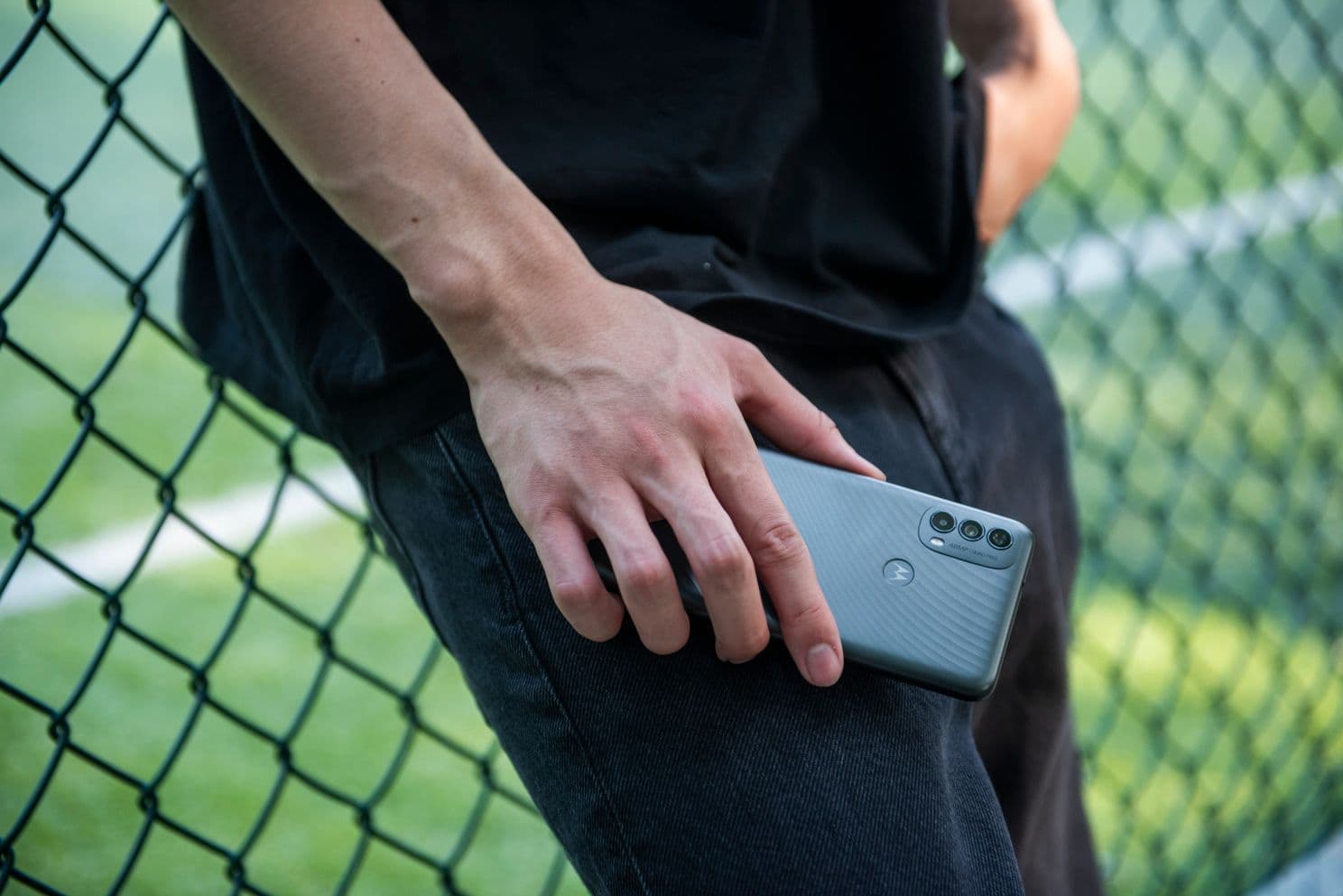 The model received a beautiful body design in the style of the entire E-series, a 6.5-inch screen (90 Hz, HD+) with a round cutout for the front 8 megapixel camera, a Unisoc T700 processor with 4 GB of RAM, 64 GB internal storage and a memory card slot microSD, triple main camera (48 + 2 + 2MP), 5000 mAh battery. There is a fingerprint sensor on the back near the camera. The smartphone runs on Android 11 with a MyUX interface.

The Moto E40 will be available in two colors: Carbon Gray and Pink Clay. The start of sales is scheduled for October 2021.