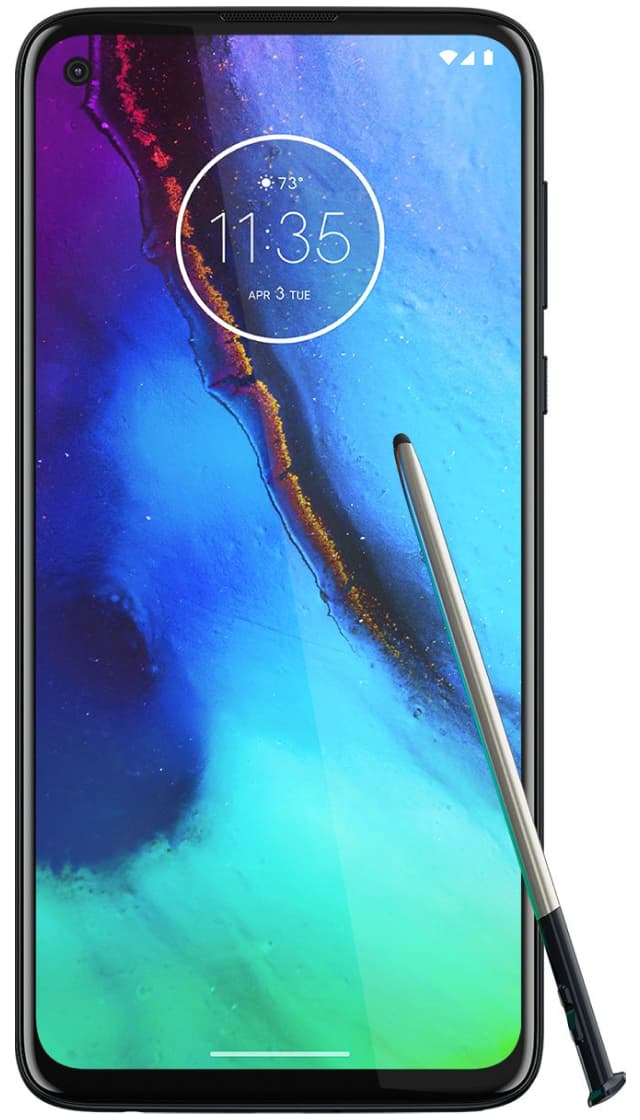 This is a smartphone on Android 10 with a very fast and productive processor, with a huge touchscreen size, with a very cool camera that has 3 modules (48 MP Wide, 16 MP UltraWide, 2 MP Macro), and the front camera here turned out to be very high quality, which can make beautiful selfies. And Motorola Moto G Stylus has such features: cut-out notch above the screen (so that a selfie camera, speakers and additional sensors are placed there), stylus.

In February 2020 Motorola company introduced its new smartphone Motorola Moto G Stylus. This is a new model, which is running on 10.

If you think that for today such an android smartphone on the version 10 already outdated, then we advise you to look DROID-smartphones in our directory, where we collected a list of devices on the latest version of Android.

6.4-inch IPS LCD touchscreen occupies almost the entire area of the front panel of the smartphone Motorola Moto G Stylus and has an original solution for placing a selfie camera in the form of a small round hole in the screen. It also stands out from other models on the market with its thin bezels between the outer edges of the body and the screen. An edge-to-edge screen covers from 80% to 90% of the front panel.. Body thickness 9.2 mm puts the battery in it in capacity 4 000 mAh. As a result, these three important characteristics give us such an idea of the device — huge smartphone with very thick case and normal battery.

There is also a stylus, which is hidden in the case. This model could become a flip smartphone and get into our catalog on a separate page, where all phones with flexible screens are collected. Unfortunately, this did not happen. And therefore, if you are interested in smartphones with such top-end characteristics, we advise you to look at them in our catalog and get a deeper understanding in which direction the entire mobile electronics industry is moving. Perhaps, in a couple of years, every second person on the planet will have such flip smartphones.

Motorola Moto G Stylus has a very good camera with multiple lenses (triple camera smartphones): 48 MP Wide + 16 MP UltraWide + 2 MP Macro. Thanks to this smartphone can safely be called one of the best cameraphones. In addition to the main camera, which is very important, it is also worth paying attention to the quality of the pictures from the front camera. And here at this model the front-seat camera has one lens: 16 MP Wide, which is very good. And to appreciate the quality of this camera, look at examples of photos and videos taken with it.

A smartphone without a processor will not work. And the better the processor, the faster the smartphone works. Motorola Moto G Stylus received 8-core processor Snapdragon 665. The amount of RAM in it is 4 GB.

But, more importantly, it′s the amount of built-in memory for storing your information (photo, video, music, etc.). Here you will receive 128 GB. You can still do this — buy a smartphone with a minimum amount of memory to save a bit, and buy a memory card microSDXC, because in this model there is a slot for memory cards.

Price for Motorola Moto G Stylus: buy or not to buy?

So we told about not very cheap powerful smartphone Motorola Moto G Stylus with a huge screen, chic main camera and very good selfie camera, and still there is a great capacious battery.

All these characteristics in 2020 may be good, but the time goes by and the smartphone will somehow become obsolete in half a year of the beginning of sales. And by the way, to sell it start in April 2020 at a price of $250. This is the official price from the manufacturer without taxes and fees, so it can differ in each country, and not only for different sellers.

Before you buy Motorola Moto G Stylus, be sure to check out all the photos and video reviews on it, or better still go to the offline store (electronics supermarket) and twist it in your hand. And already then, based on the emotions received from the smartphone, make the decision to buy.

And if Motorola Moto G Stylus is not already sold, when you are reading this text, then do not be upset. We advise you to always visit the page DROID smartphones, where we collect only the most current models on new versions of Android OS. 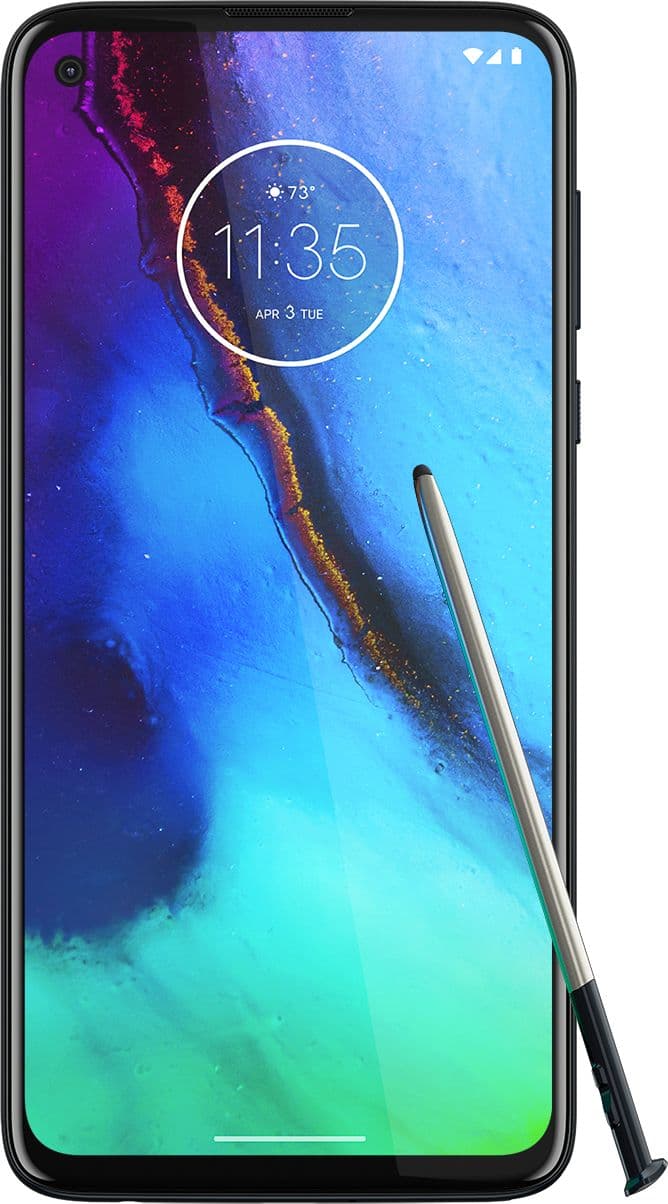 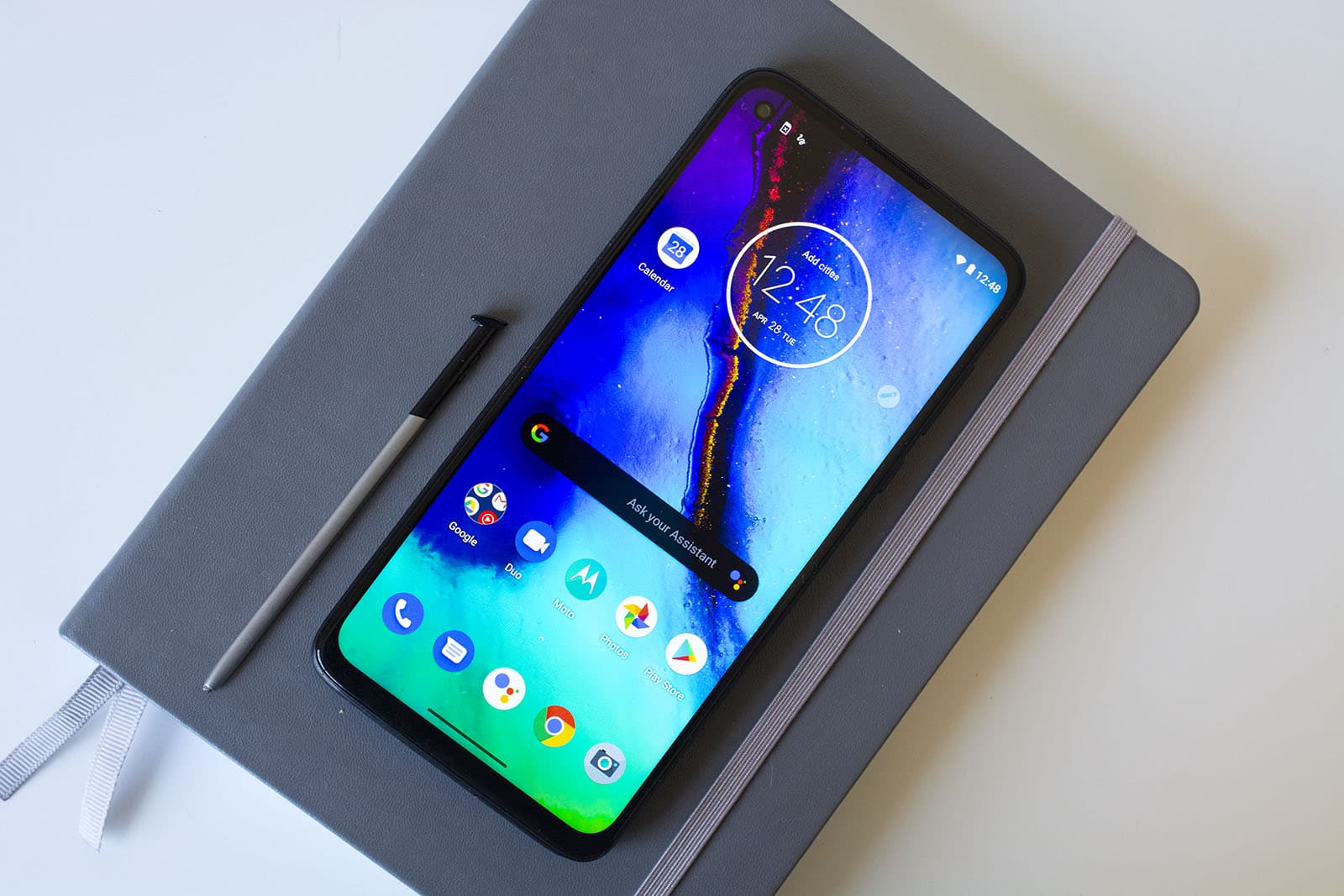 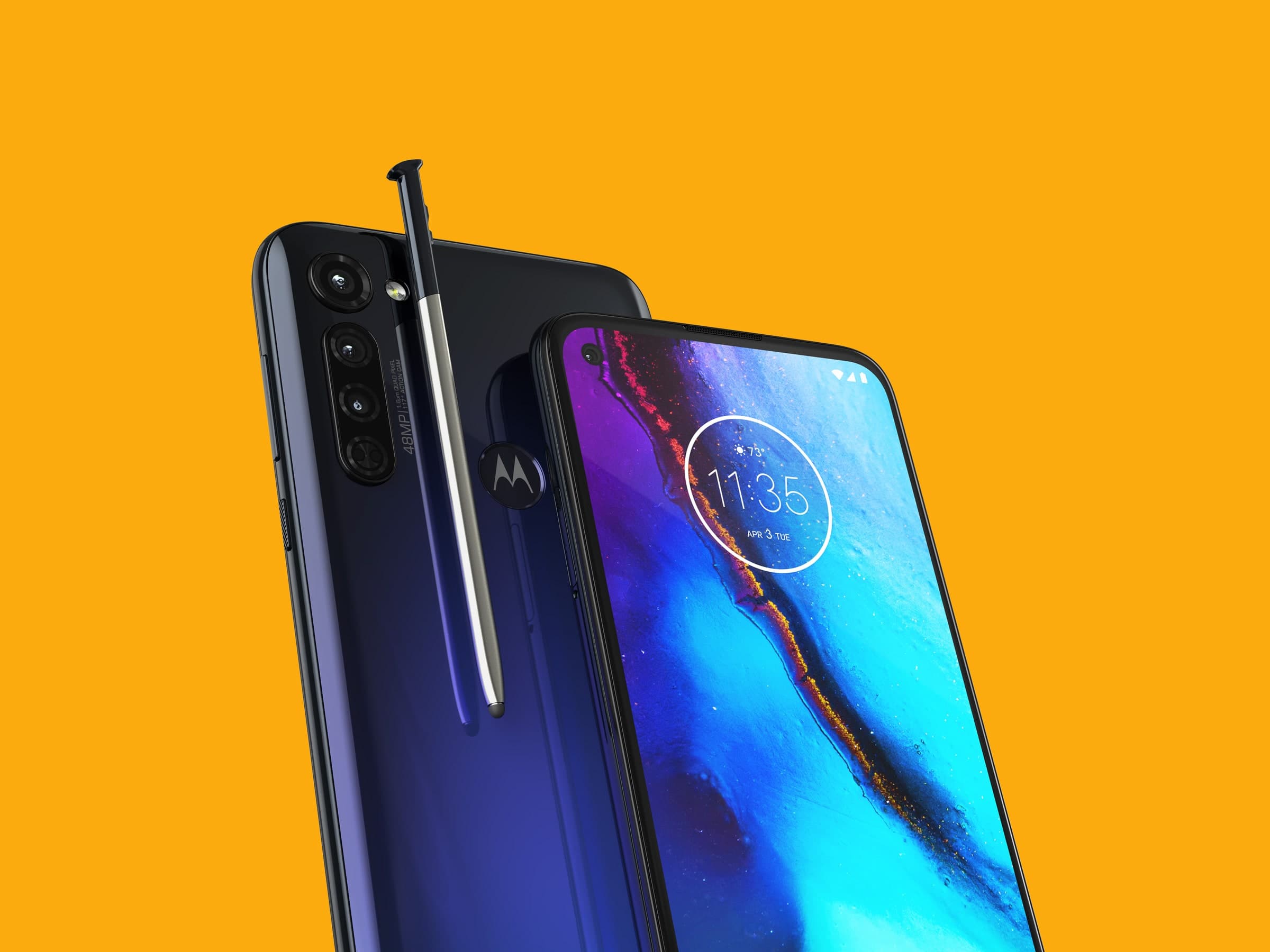 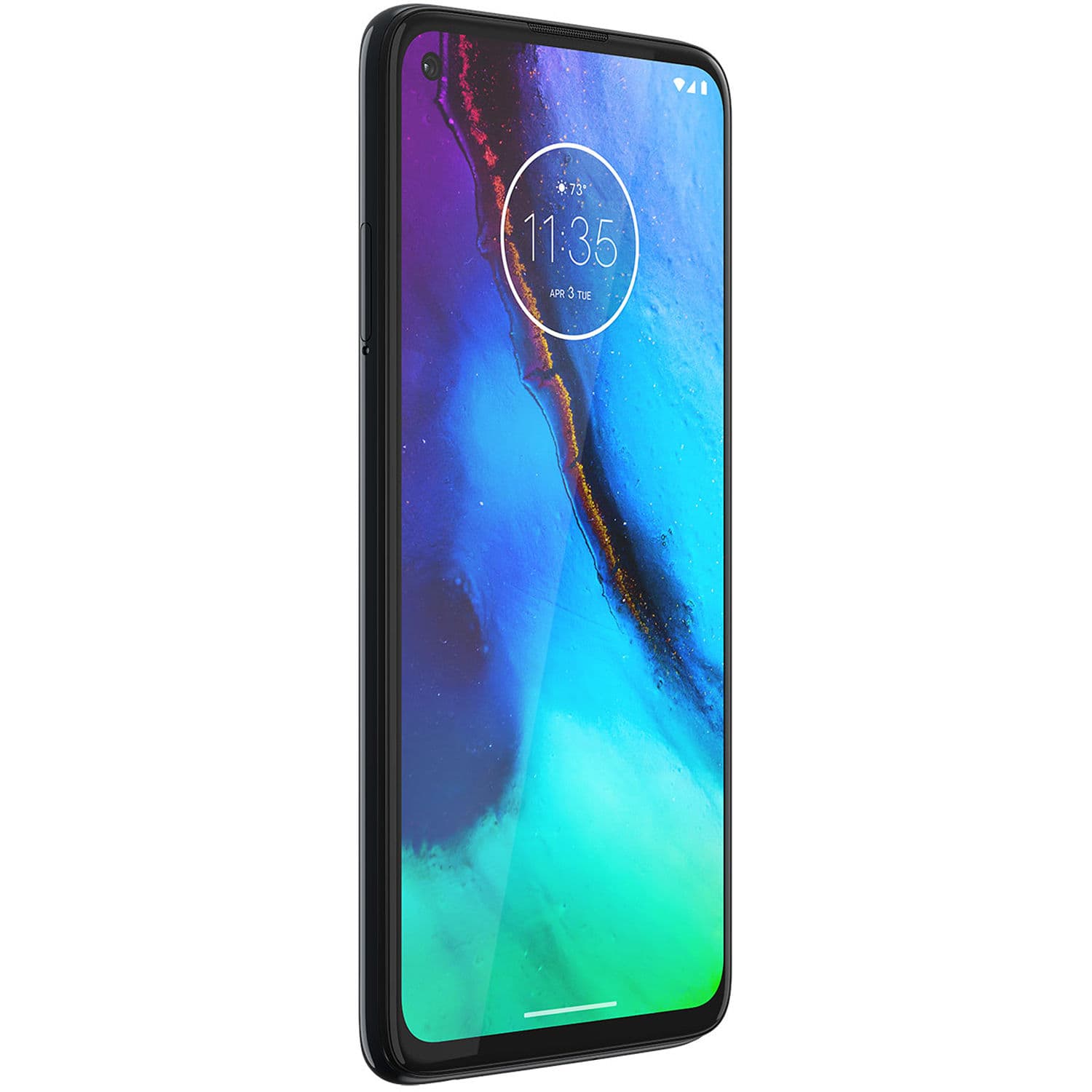 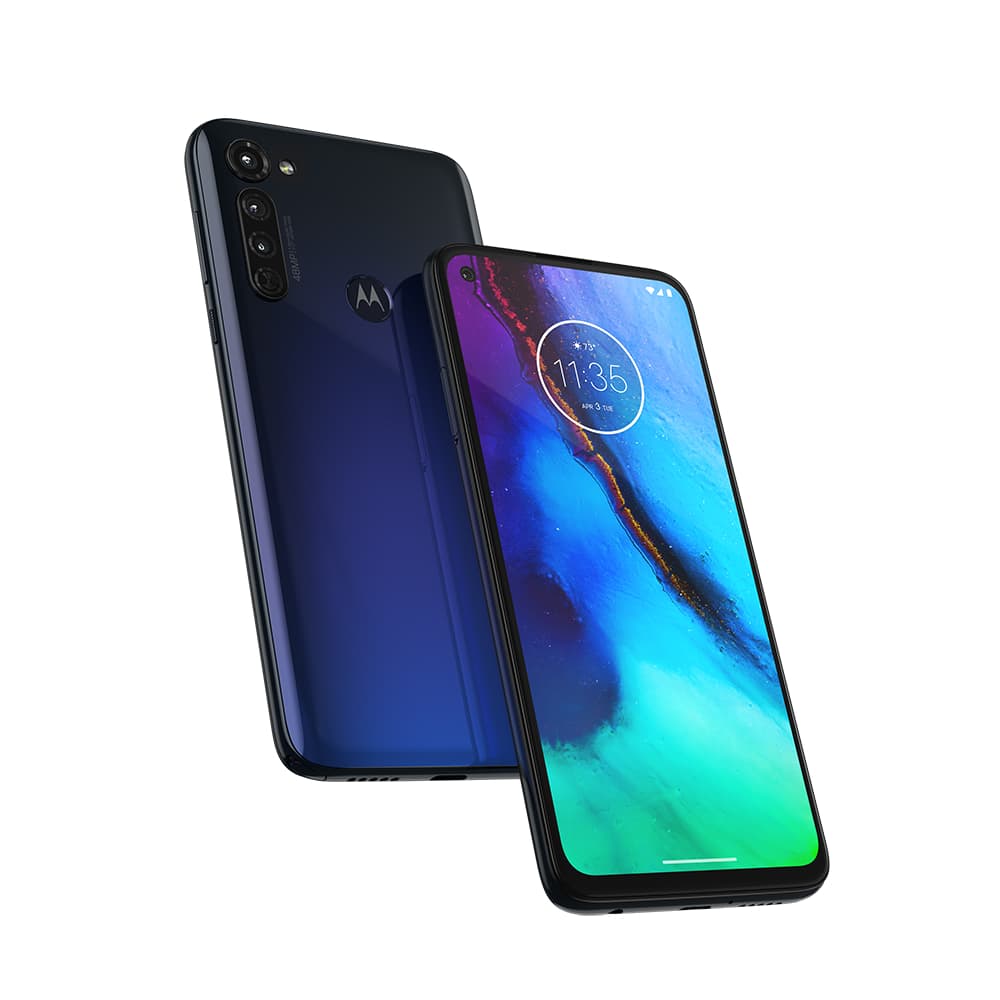 [EN] Moto G Stylus Review: Can A Pen Save The Budget Phone?