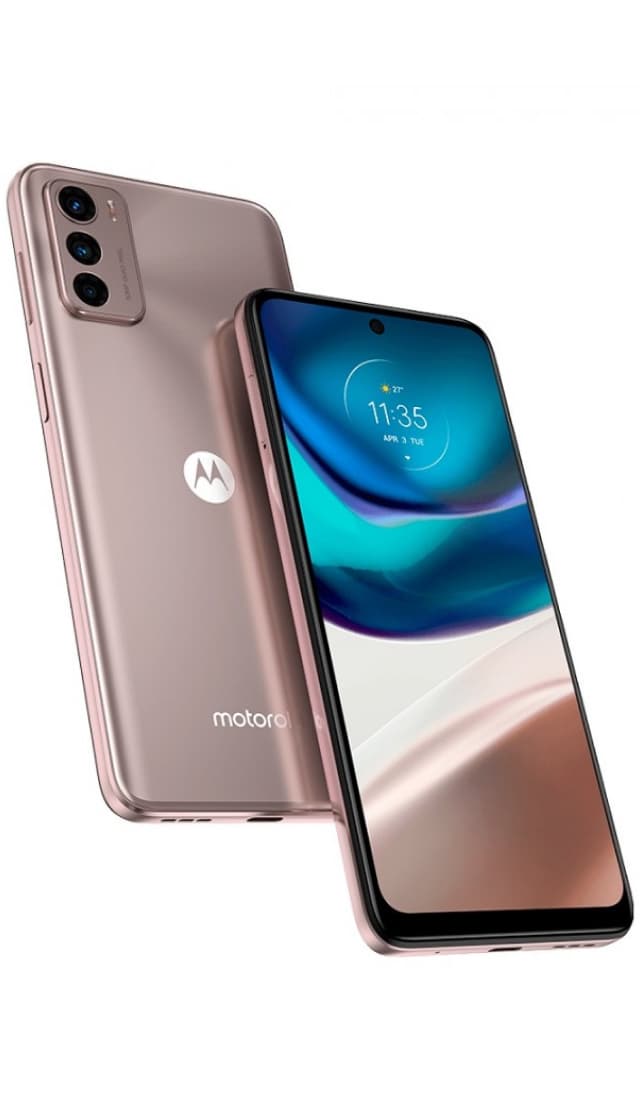 This is a smartphone on Android 12 with a very fast and productive processor, with a huge touchscreen size, with a very cool camera that has 3 modules (50 MP Wide, 8 MP UltraWide, 2 MP Macro), and the front camera here turned out to be very high quality, which can make beautiful selfies. And Motorola Moto G42 has such features: a slot for two SIM cards, cut-out notch above the screen (so that a selfie camera, speakers and additional sensors are placed there).

In the short description of the new smartphone Motorola Moto G42 we point out the key characteristics for each smartphone. Firstly, it is an actuality in the market. This model was announced by the company Motorola in June 2022. Secondly, this concept of adequacy in the market at the moment. We determine this according to the software version on which the smartphone is running and updating. So, “out of the box” Motorola Moto G42 works on Android 12 and updated to Android 13. And this is very good, we advise you to pay attention to this smartphone and to study its characteristics in more detail.

Of the features that not all Android smartphones have today, we separately single out support for two SIM cards and the ability to work in 5G networks with a maximum speed of 100 Mb/s. So Motorola Moto G42 is a dual-smartphone, so you can combine in one device just two phones. This, of course, is convenient and makes you look more closely at this model. The manufacturer could add support for fifth-generation networks to this smartphone, but did not. Perhaps not to raise the price, or for other reasons. If for you the presence of support for 5G networks in a new smartphone is very important, then we recommend that you go to this page in the catalog — all 5G smartphones on Android.

The larger the screen, the larger the case. But in addition to the width and height of the hull, its thickness is important. At Motorola Moto G42 the thickness of the case is 8 mm, which turns out to be very thick. Today, there are many smartphones with a slim body. In addition, the screen area in relation to the body area affects the positive feeling of the phone in the hands. This model has a screen area of 80% to 90% of the body area (watch all smartphones with a screen from edge to edge). And one more thing, the screen area is increased thanks to the upper cutout above it, while the body area remains unchanged. Motorola Moto G42 received a cutout in the form of a small hole at the top of the screen for a selfie camera and multiple sensors. Check out detailed photos of this smartphone for a better understanding of how it looks in real life.

The battery and the operating time also depend on the screen size. At Motorola Moto G42 installed battery for 5 000 mAh, which is very, very good, this battery will last for a long time.

The most important characteristics of Motorola Moto G42 cameras: main camera received 50 MP Wide + 8 MP UltraWide + 2 MP Macro, front camera got 16 MP with a regular lens. See examples of photos and videos from this smartphone to visually assess their quality. And the most interesting thing is that the main camera on the back of the body has several lenses (triple camera smartphones). That can do 2x zoom without losing quality. And with the help of at least two lenses, you can shoot portraits with the bokeh effect, this is when the background is blurred and the photo appears like depth. In this model, the selfie camera is on the front and you can see it. In 2019, smartphones were announced with a front camera, which is located inside the body and is not visible. When you need to take a photo, the front camera slides up from the body. You take your selfie, the photo is saved and then the camera goes down into the body. All smartphones with pop-up front camera from different producers at different prices are collected in the catalog. If you are interested in such models, we advise you to first watch video reviews about them, and then make a choice and buy.

The more cores the smartphone processor has, the faster it works. Of course, do not forget that the applications should be optimized for the version of Android. But if we are talking about technical characteristics, then the processor here 8-core on the chipset Snapdragon 680 4G (6 nm). RAM 4 GB.

Built-in memory for storing different data (photo, video, applications, music, etc.) here 128 GB. Do not forget that the update of the software version will be available for your smartphone, and for this you need to download it first, and if the space is not enough, it will not be able to update. Therefore, we advise you before buying to think about how much internal memory you need.

If we scared you just in the context of the built-in memory, then do not worry, because Motorola Moto G42 supports memory cards microSDXC. And this means that you can store all photos and videos with music on the memory card.

Price for Motorola Moto G42: buy or not to buy?

Life is fleeting, and the life of a smartphone on the mobile market in general can be compared with the life of a butterfly. And all because the producers of android-smartphones do not always want to support their devices and prefer to release a new model in six months. Therefore, our task is to help you choose the actual smartphone today, which is being sold and will be still relevant for at least the next six months. If Motorola Moto G42 you find among DROID smartphones in our catalog, you can safely buy it now, and if you do not find it, then its better already do not buy.

However, official sales Motorola Moto G42 began in June 2022. The manufacturer said the price of $210 without taxes and fees. With such a price level on Motorola Moto G42, we placed it in the price segment “Below average smartphones from $200 to $300”.

Buy Motorola Moto G42 you can in any store (or on the Internet, or in the electronics supermarket), we just advise you to see live on the smartphone and hold it in your hands before buying. 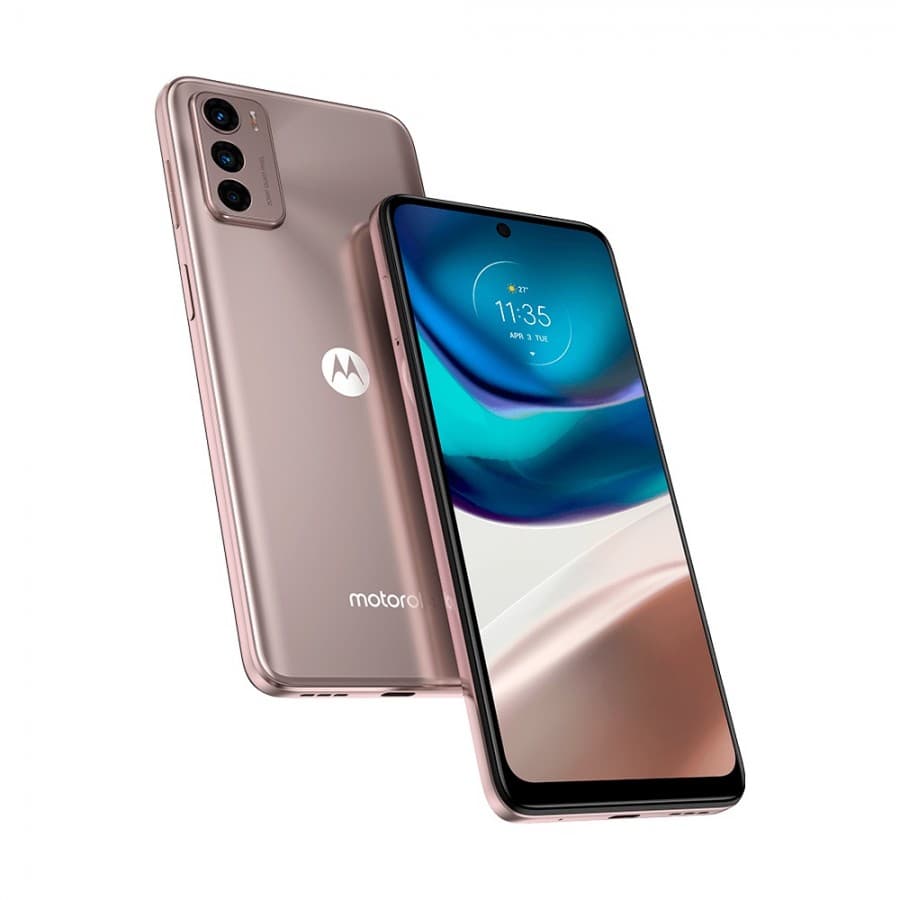 In this list, you can find four models from the Edge series and six smartphones from the Moto G series, including Motorola Moto G42. Stay with us and follow the news. We’ll update when Motorola Moto G42 starts receiving the Android 13 update later this year or early next year.

Sales will start in Brazil in the next couple of weeks, and then smartphones will appear in Europe, Latin America, Asia and the Middle East. Prices are not yet known, but let’s look at the specifications.

And, probably, the most noticeable difference between the two smartphones from each other is the screen. The Motorola Moto G62 has a 6.5-inch IPS screen with 120Hz refresh rate support. Model Moto G42 received a 6.4-inch AMOLED screen.