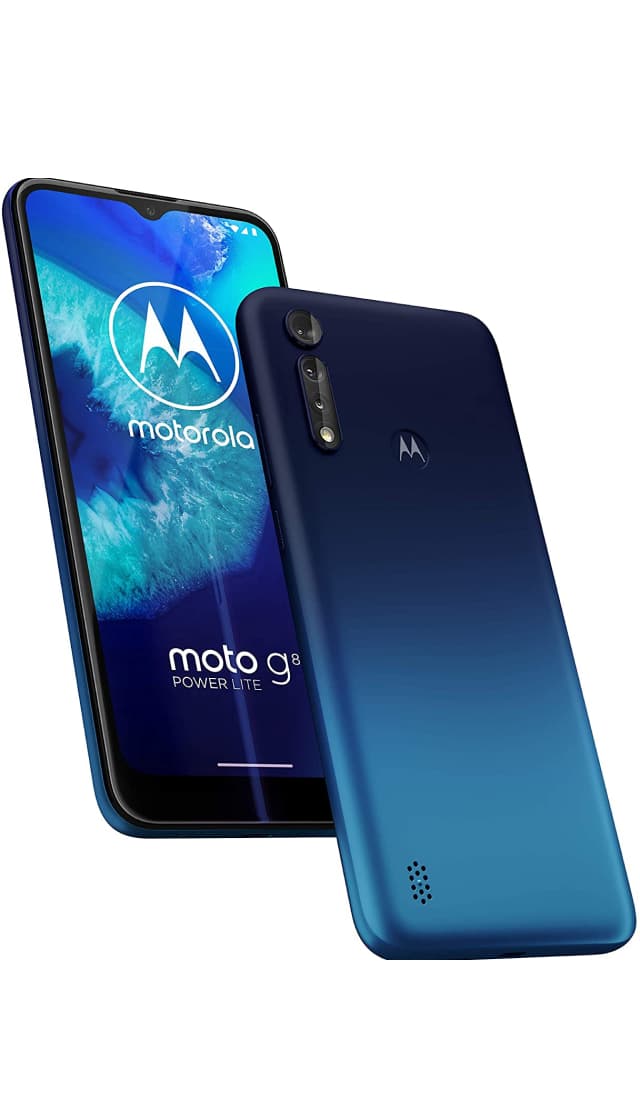 This is a smartphone on Android 9 Pie with a very fast and productive processor, with a huge touchscreen size, with a great camera that has 3 modules (16 MP Wide, 2 MP Macro, 2 MP Depth sensor), and the front camera here turned out to be absolutely ordinary. And Motorola Moto G8 Power Lite has such features: a slot for two SIM cards, cut-out notch above the screen (so that a selfie camera, speakers and additional sensors are placed there).

The company Motorola in April 2020 officially announced its new smartphone Motorola Moto G8 Power Lite in the series of mobile devices Motorola Moto. In our subjective opinion, this year one of the important parameters for smartphones has become support for 5G networks, and this new model, unfortunately, it did not receive such an opportunity and will not be able to work in 5G networks. Therefore, if this is important to you, then go to our page in the catalog where all 5G smartphones are assembled.

“Out of the box” on the new smartphone installed Android 9 Pie, which did not receive any version updates. And besides, it is important to note immediately that the model Motorola Moto G8 Power Lite supports two SIM cards (view all smartphones with 2 sim cards in the catalog).

The case Motorola Moto G8 Power Lite has got interesting features: very thin side frames, cutout above the screen for a selfie camera and sensors.

The screen Motorola Moto G8 Power Lite is made using the IPS LCD technology, has a diagonal 6.5 inches. Such a very large main touch screen certainly affects the dimensions of the case, which has a thickness of 9.2 mm. Also inside the case is a battery with a capacity of 5 000 mAh. This model could become a flip smartphone and get into our catalog on a separate page, where all phones with flexible screens are collected. Unfortunately, this did not happen. And therefore, if you are interested in smartphones with such top-end characteristics, we advise you to look at them in our catalog and get a deeper understanding in which direction the entire mobile electronics industry is moving. Perhaps, in a couple of years, every second person on the planet will have such flip smartphones.

Let′s briefly describe the cameras in Motorola Moto G8 Power Lite. The main camera got several modules (triple camera smartphones): 16 MP Wide + 2 MP Macro + 2 MP Depth sensor. Why, for example, has multiple lenses in a smartphone camera become the absolute norm on the market today? Because with these smartphones you can take beautiful portraits with blurred backgrounds (this is called the Bokeh effect). And manufacturers have also learned to make software enhancements to photography based on the analysis of frames from each lens. It seems that this is exactly the case when it is better to see once than read about it a hundred times. Therefore, we advise you to take a few shots yourself with the camera of this smartphone.

The front camera has one module: 8 MP Wide. Do not say that this is very much, is in our catalog selfie smartphones, whose frontcamera will be an order of magnitude better. This model has a front camera as usual at the top of the screen, like 99.9% of all smartphones. But, if this makes you bored, then we can offer smartphones with pop-up front camera. In these models, the front camera is located inside the body and goes up only when you activate the front camera mode. It sounds interesting, but how convenient it is and how long this mechanism will work is not yet clear.

So, in Motorola Moto G8 Power Lite is installed 8-core processor on the chipset Helio P35. As for RAM, the memory module is used here 4 GB.

Price for Motorola Moto G8 Power Lite: buy or not to buy?

Life is fleeting, and the life of a smartphone on the mobile market in general can be compared with the life of a butterfly. And all because the producers of android-smartphones do not always want to support their devices and prefer to release a new model in six months. Therefore, our task is to help you choose the actual smartphone today, which is being sold and will be still relevant for at least the next six months. If Motorola Moto G8 Power Lite you find among DROID smartphones in our catalog, you can safely buy it now, and if you do not find it, then its better already do not buy.

Buy Motorola Moto G8 Power Lite you can in any store (or on the Internet, or in the electronics supermarket), we just advise you to see live on the smartphone and hold it in your hands before buying. 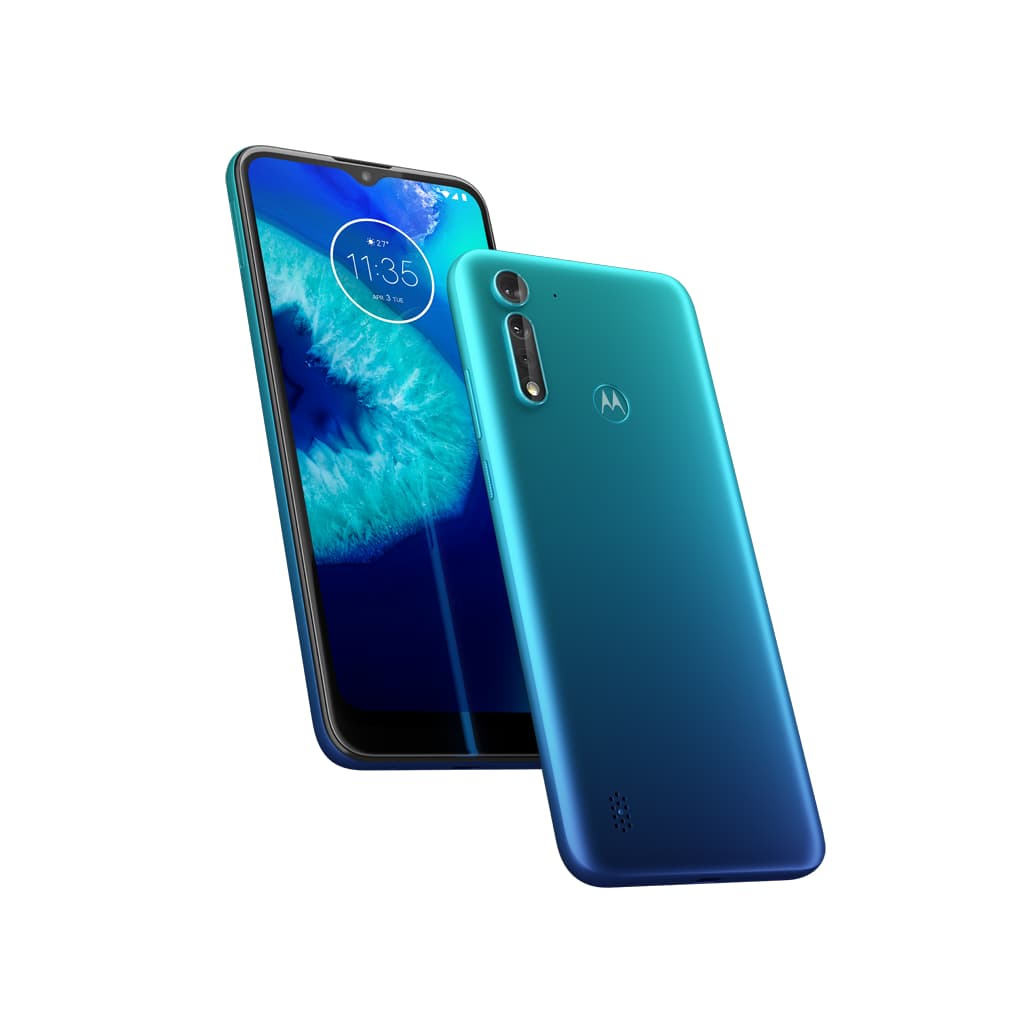 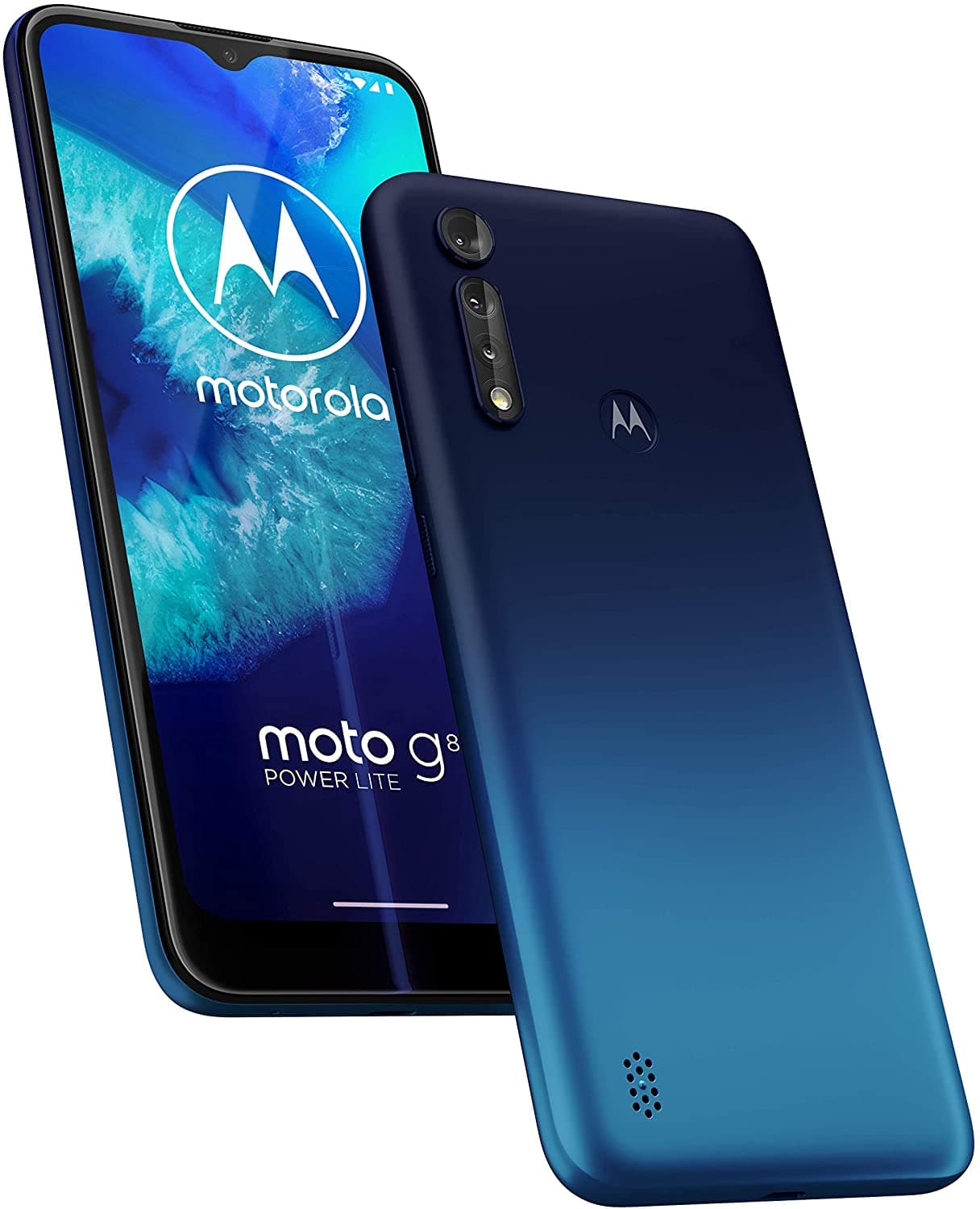 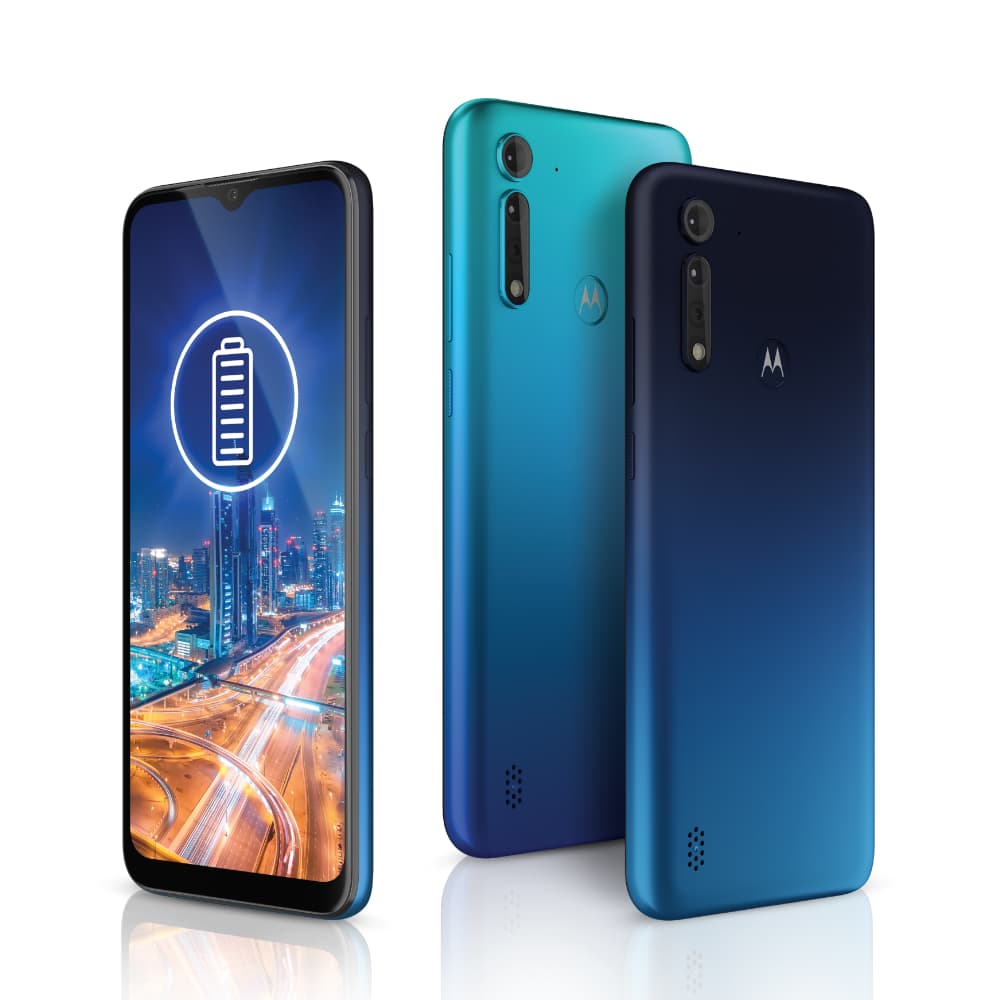 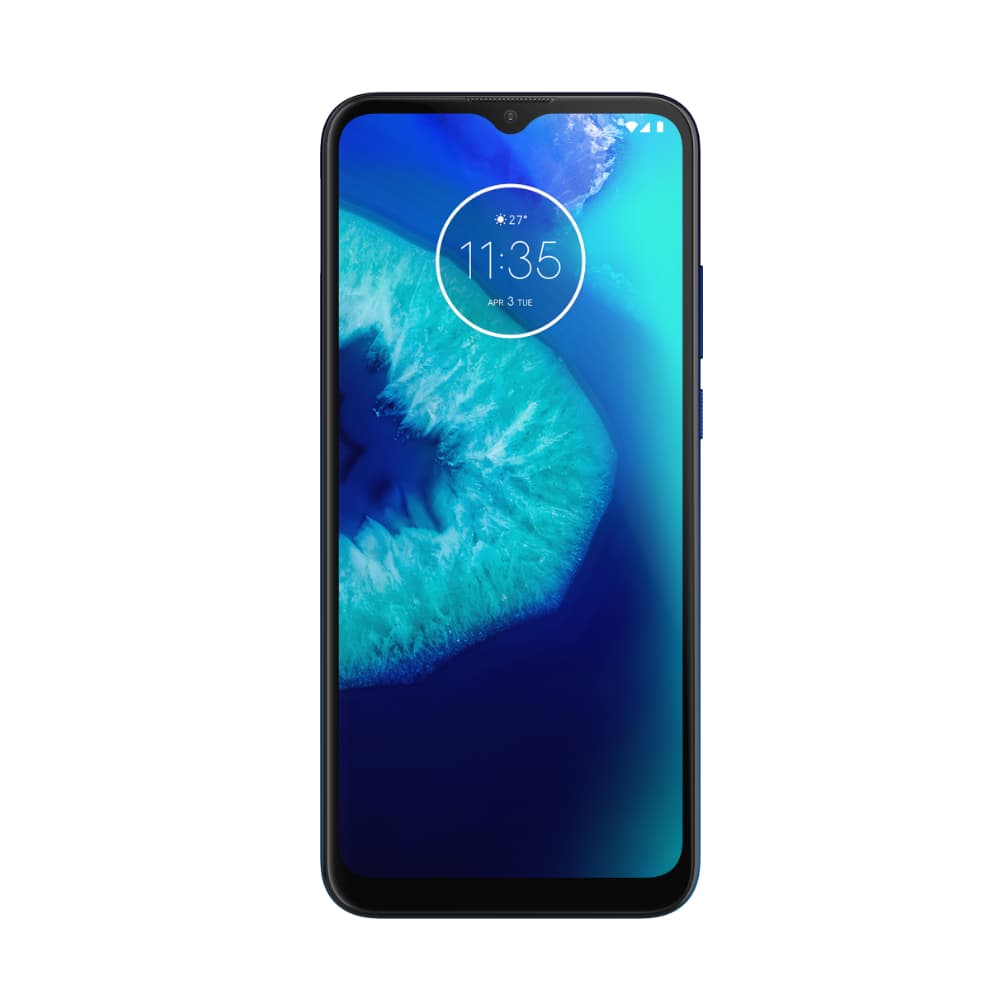 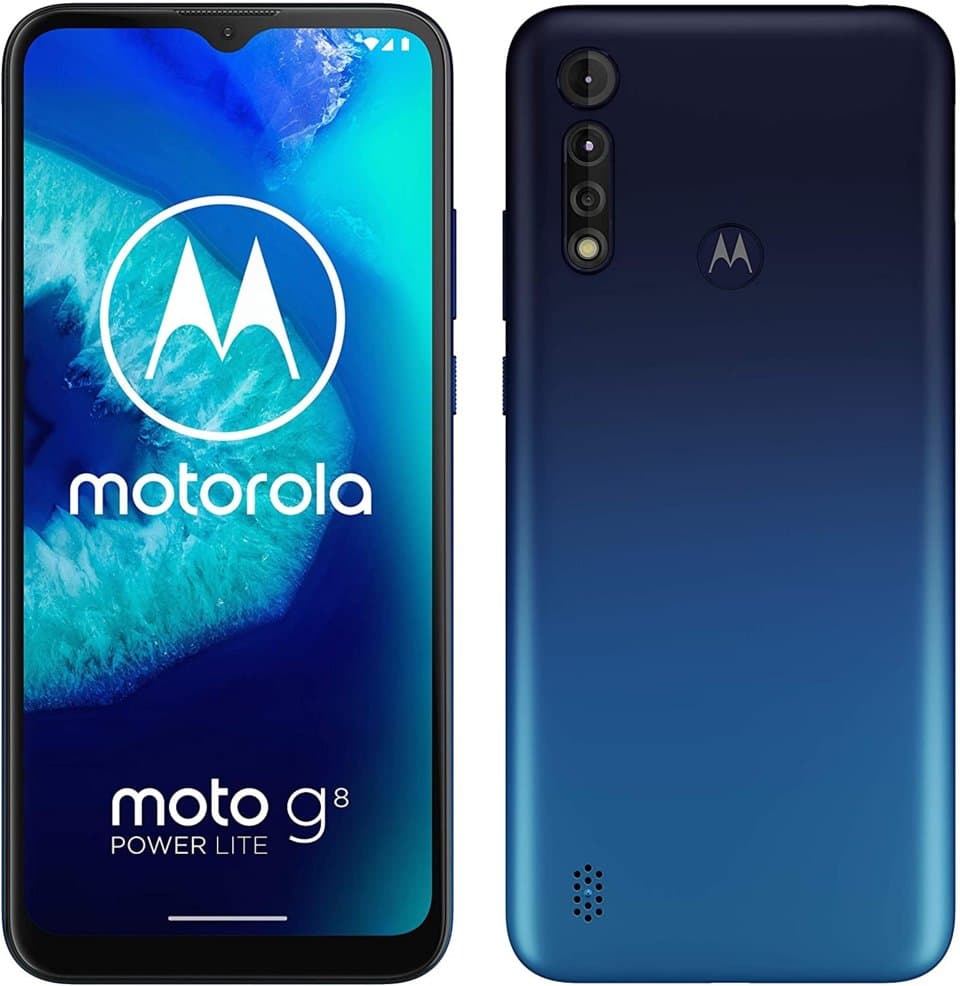