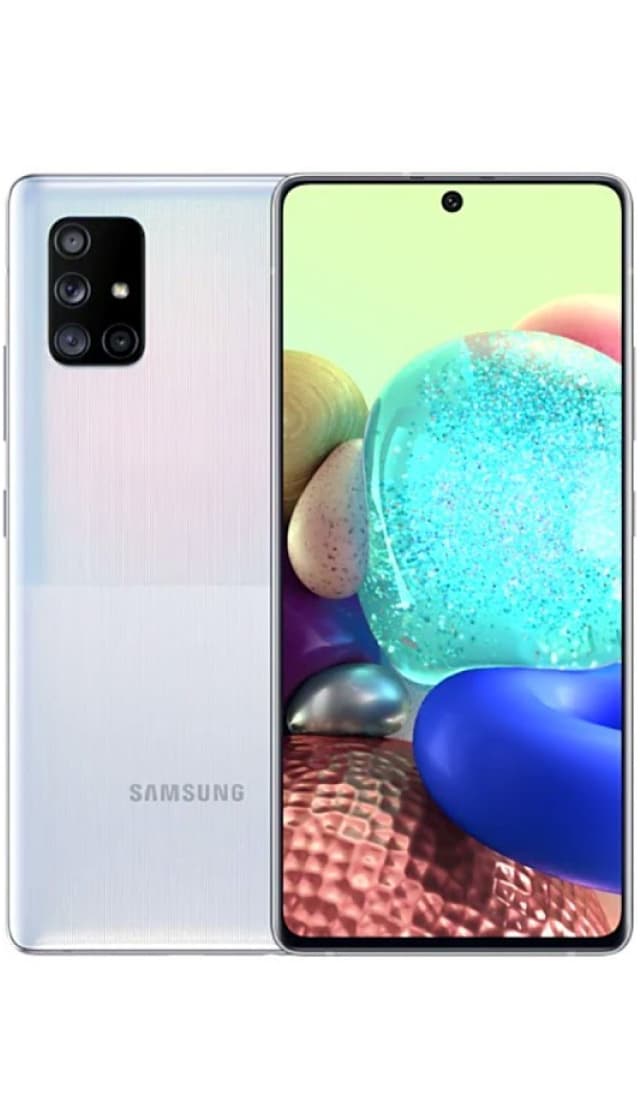 This is a smartphone on Android 10 with a very fast and productive processor, with a huge touchscreen size, with a very cool camera that has 4 modules (64 MP Wide, 12 MP UltraWide, 5 MP Macro, 5 MP Depth sensor), and the front camera here turned out to be very high quality, which can make beautiful selfies. And Samsung Galaxy A Quantum has such features: cut-out notch above the screen (so that a selfie camera, speakers and additional sensors are placed there).

Announcement! We need more new products from Samsung. This time these guys announced Samsung Galaxy A Quantum. This is a 5G-smartphone on Android 10 in 2020.

More detailed characteristics of this smartphone you can see below on the page, and in short we will describe the most important of them. So, firstly, this model receives an update to the version Android 12. And, secondly, Samsung Galaxy A Quantum unfortunately, it does not support two SIM cards. Therefore, we advise you to look in the catalog all smartphones with 2 sim cards from different manufacturers, not only from Samsung. And thirdly, Samsung Galaxy A Quantum it works in the fifth generation (5G) networks, so you can work on a smartphone in the mobile Internet with the same high speed as at home on a Wi-Fi connection (up to 100 Mb/s). Next about the screen, the camera and the processor with memory.

Good big 6.7-inch screen, made by technology Super AMOLED Plus installed in the smartphone Samsung Galaxy A Quantum.

The larger the screen, the larger the case. But in addition to the width and height of the hull, its thickness is important. At Samsung Galaxy A Quantum the thickness of the case is 8.1 mm, which turns out to be very thick. Today, there are many smartphones with a slim body. In addition, the screen area in relation to the body area affects the positive feeling of the phone in the hands. This model has a screen area of 80% to 90% of the body area (watch all smartphones with a screen from edge to edge). And one more thing, the screen area is increased thanks to the upper cutout above it, while the body area remains unchanged. Samsung Galaxy A Quantum received a cutout in the form of a small hole at the top of the screen for a selfie camera and multiple sensors. Check out detailed photos of this smartphone for a better understanding of how it looks in real life.

The battery and the operating time also depend on the screen size. At Samsung Galaxy A Quantum installed battery for 4 500 mAh, and this is a fairly good reserve of capacity, which is exactly enough for you for one day with average usage.

Samsung Galaxy A Quantum has a very good camera with multiple lenses (smartphones with four cameras): 64 MP Wide + 12 MP UltraWide + 5 MP Macro + 5 MP Depth sensor. Thanks to this smartphone can safely be called one of the best cameraphones. In addition to the main camera, which is very important, it is also worth paying attention to the quality of the pictures from the front camera. And here at this model the front-seat camera has one lens: 32 MP Wide, which is very good. And to appreciate the quality of this camera, look at examples of photos and videos taken with it.

Price for Samsung Galaxy A Quantum: buy or not to buy?

Life is fleeting, and the life of a smartphone on the mobile market in general can be compared with the life of a butterfly. And all because the producers of android-smartphones do not always want to support their devices and prefer to release a new model in six months. Therefore, our task is to help you choose the actual smartphone today, which is being sold and will be still relevant for at least the next six months. If Samsung Galaxy A Quantum you find among DROID smartphones in our catalog, you can safely buy it now, and if you do not find it, then its better already do not buy.

Buy Samsung Galaxy A Quantum you can in any store (or on the Internet, or in the electronics supermarket), we just advise you to see live on the smartphone and hold it in your hands before buying. 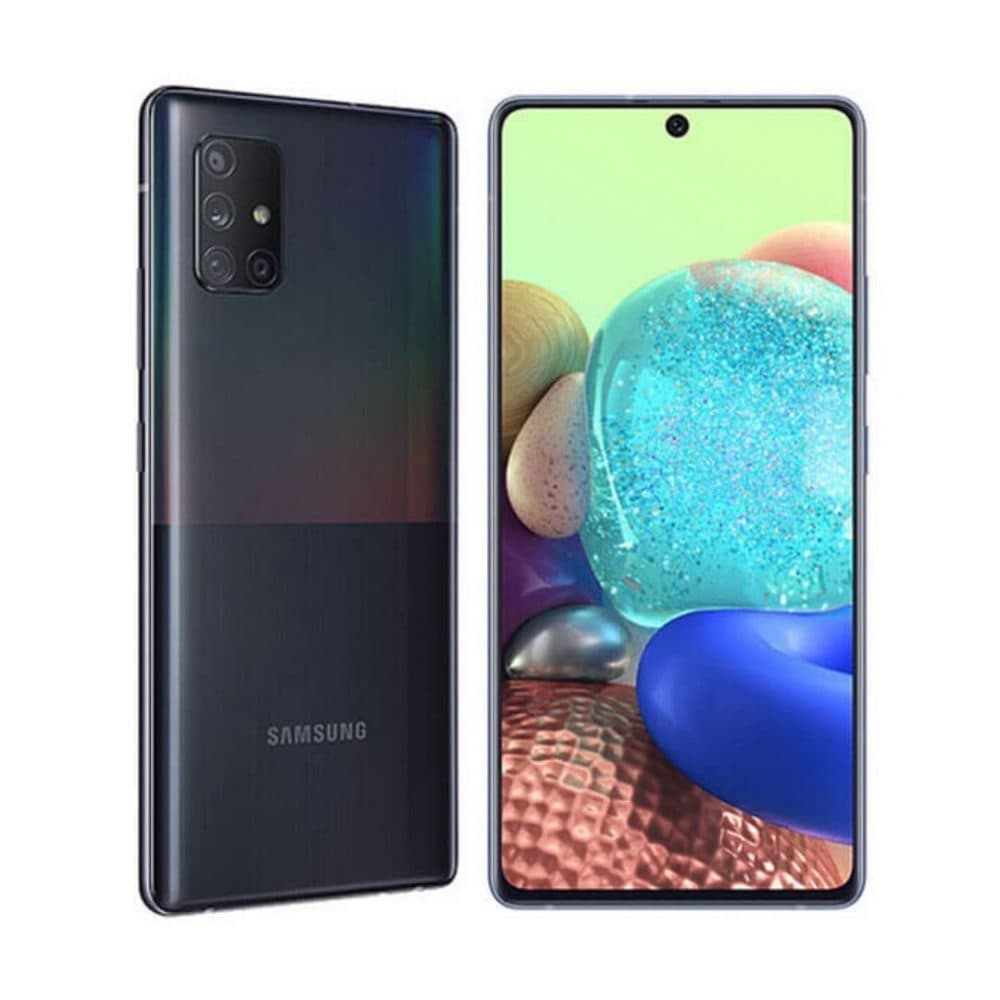 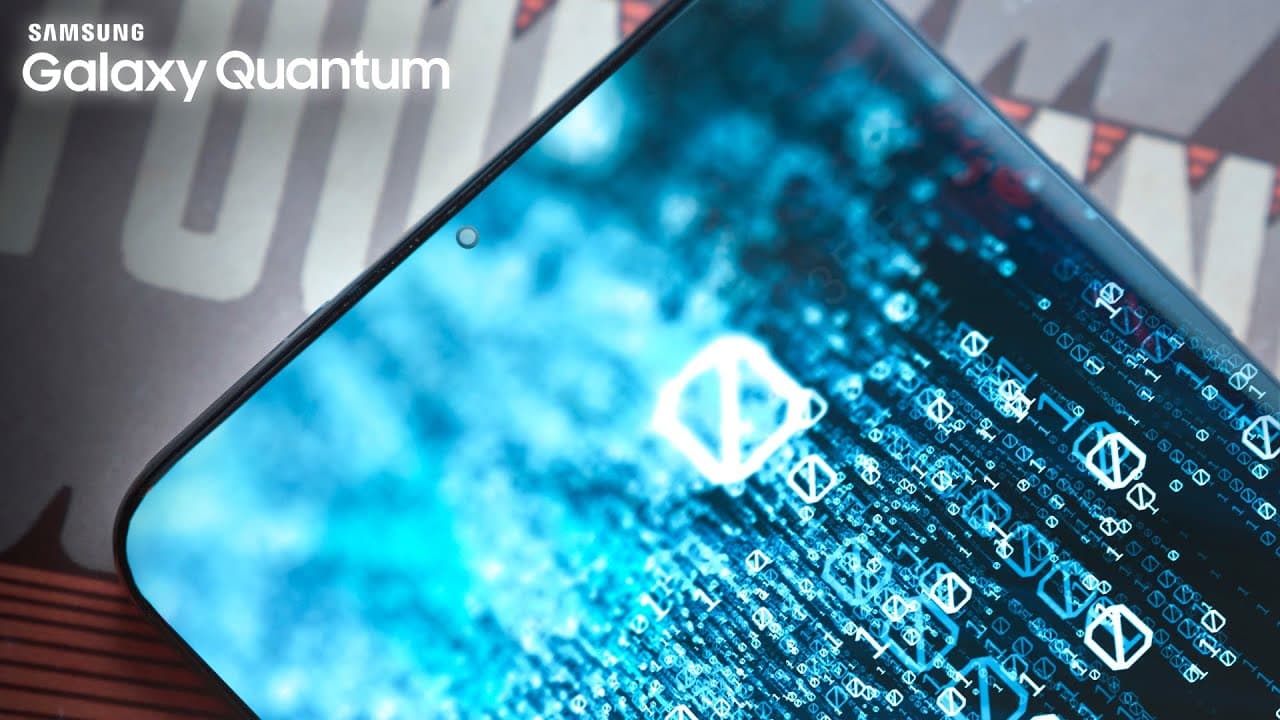 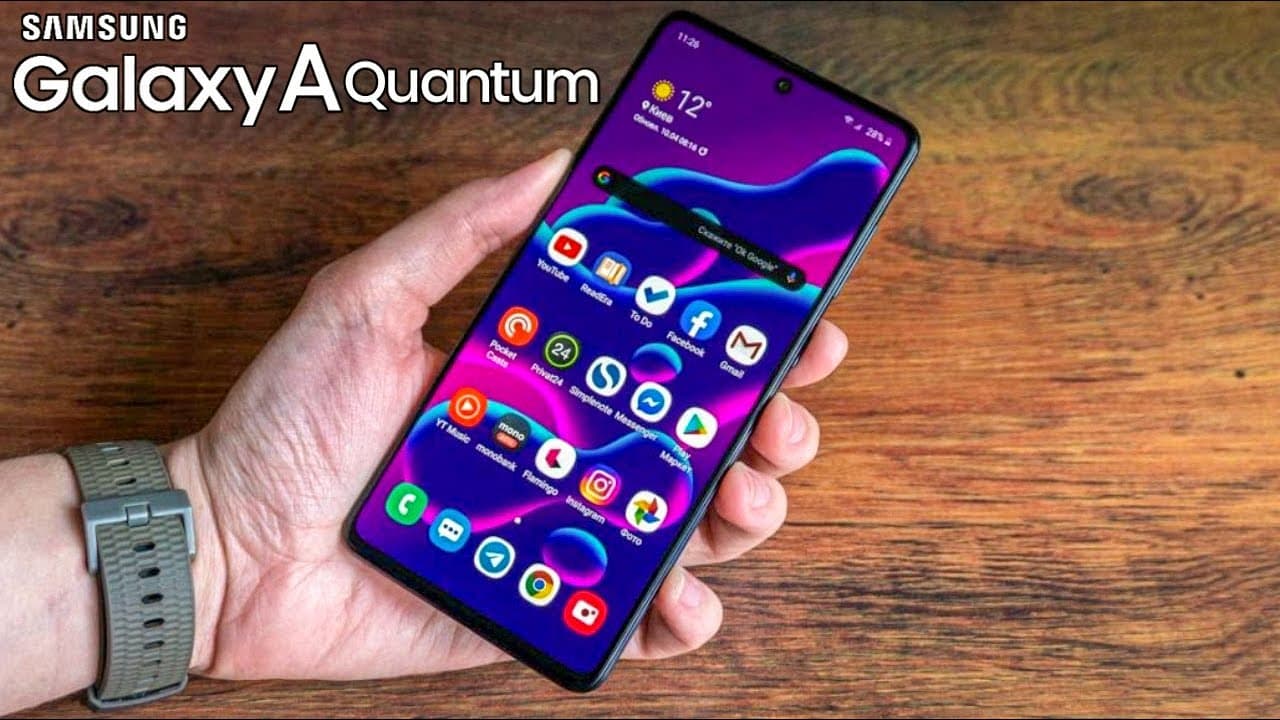 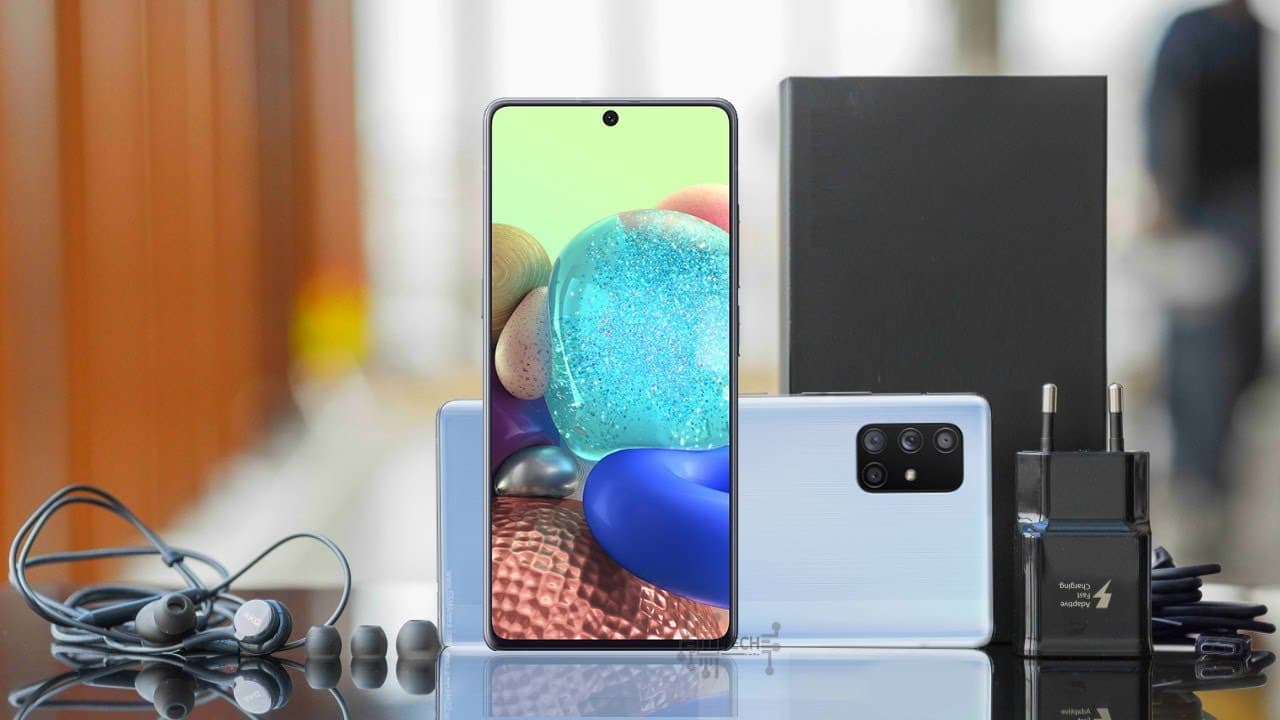 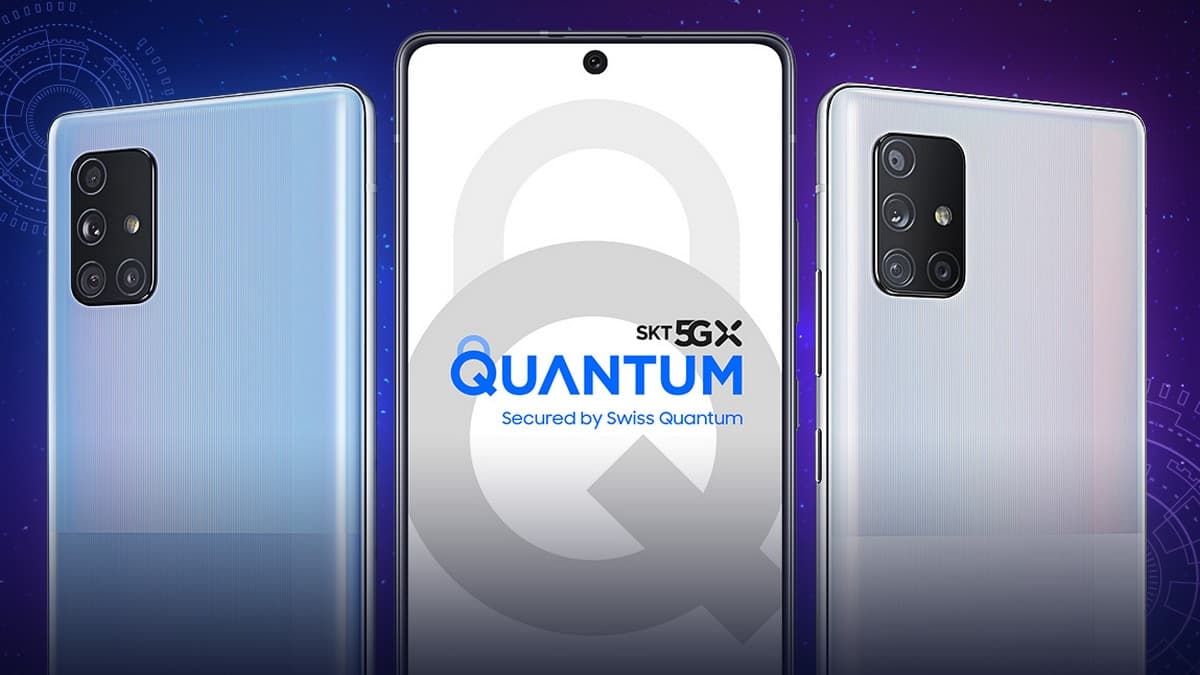 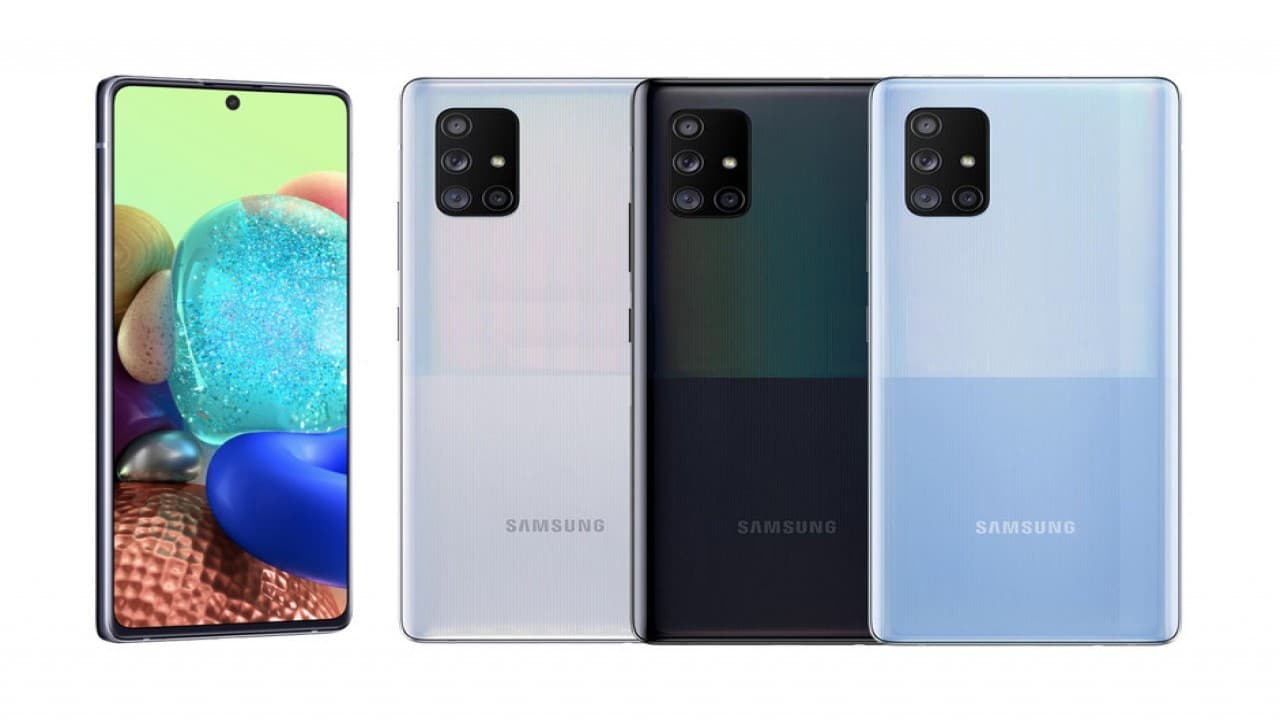 Timeline of news and rumors Samsung Galaxy A Quantum