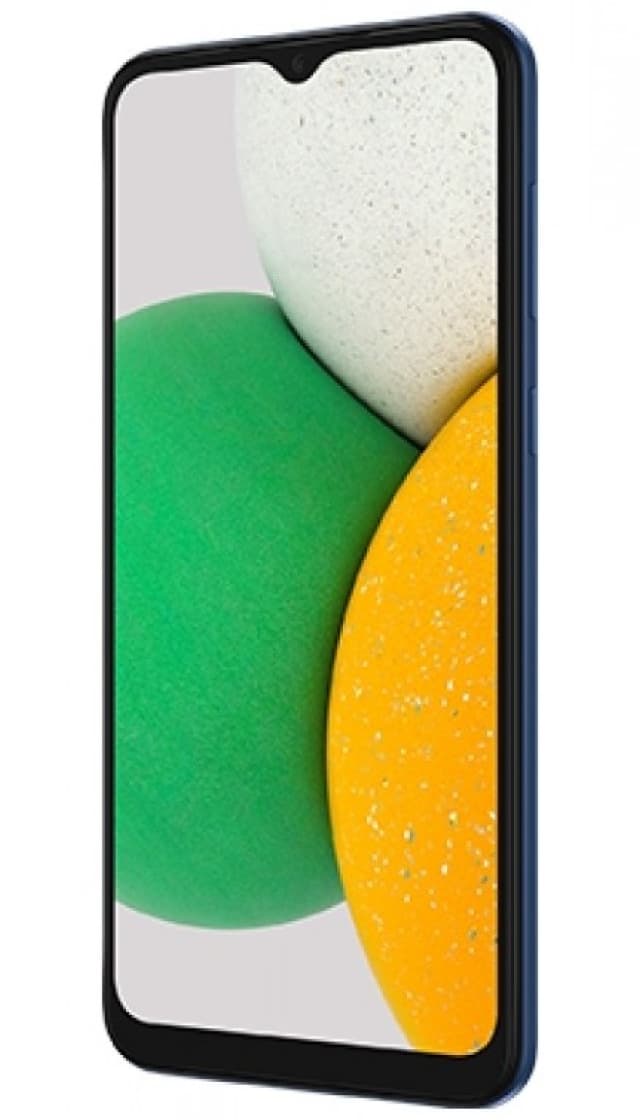 This is a smartphone on Android 11 with a very fast and productive processor, with a huge touchscreen size, with  the usual main camera for photos and video, and the front camera here turned out to be absolutely ordinary. And Samsung Galaxy A03 Core has such features: a slot for two SIM cards, cut-out notch above the screen (so that a selfie camera, speakers and additional sensors are placed there).

The most important thing you need to know before buying is the version of Android on which the smartphone is launched “out of the box”. And Samsung Galaxy A03 Core works on Android 11, that by the way is not so bad as for smartphone of 2021. But here it is still important to know whether this model is updated to a more recent version. Our novelty Samsung Galaxy A03 Core, unfortunately, is not updated to any new version of Android. And it′s very sad, so we would advise you to look at other models of smartphones that are called in our catalog DROID-smartphones.

Perhaps it will be important for you that the smartphone was a dualsim. Then we can make you happy, because Samsung Galaxy A03 Core works great with two SIM cards. And since 2020, after the official launch of 5G networks, it has become very important for most buyers that the new smartphone has high-speed mobile Internet. It so happened that Samsung Galaxy A03 Core does not have support for fifth-generation networks and cannot provide you with super-fast Internet at a speed of up to 100 Mb/s. If this is important for you, we recommend that you go to the catalog page, which contains all 5G-smartphones on Android.

The case Samsung Galaxy A03 Core has got interesting features: very thin side frames, cutout above the screen for a selfie camera and sensors.

The screen Samsung Galaxy A03 Core is made using the TFT technology, has a diagonal 6.5 inches. Such a very large main touch screen certainly affects the dimensions of the case, which has a thickness of 9.1 mm. Also inside the case is a battery with a capacity of 5 000 mAh. This model could become a flip smartphone and get into our catalog on a separate page, where all phones with flexible screens are collected. Unfortunately, this did not happen. And therefore, if you are interested in smartphones with such top-end characteristics, we advise you to look at them in our catalog and get a deeper understanding in which direction the entire mobile electronics industry is moving. Perhaps, in a couple of years, every second person on the planet will have such flip smartphones.

The smartphone Samsung Galaxy A03 Core got the main camera with one module: 8 MP with a regular lens. And there is also a front camera that has one module: 5 MP with a regular lens. If you judge only by the number of megapixels, then the main camera is very weak. But the frontcamera not very good, we have in our catalog real selfie smartphones. It seems that we have already written many times that before buying you need to see a smartphone and hold it in your hands. And speaking about cameras, I would like to repeat the same idea once again — look at the reviews about this model, see examples of photos taken by this smartphone. It often happens that in search of a low price, you buy a model with a camera of tens of megapixels, but the photos and videos will not be of high quality.

And write a few words about the performance of Samsung Galaxy A03 Core. Of course, the very first thing that will be discussed is the processor. The model received a 8-core processor Unisoc SC9863A (28nm).

The second performance characteristic in our opinion is the amount of RAM. The Samsung Galaxy A03 Core has 2 installed on the RAM.

Price for Samsung Galaxy A03 Core: buy or not to buy?

$100 is the price for Samsung Galaxy A03 Core at the start of sales. For this money you get a smartphone with a fast processor, a huge touch screen, with an ordinary camera for photos and video, and with a conventional front camera. And with such characteristics, the smartphone got into the price segment “Affordable smartphones from $100 to $200”, where you can choose any other similar model for a same price.

And how important is the battery capacity in your smartphone? Here is the case that it is in Samsung Galaxy A03 Core that a very powerful battery is installed. And, if you need a smartphone with a very long mode of operation from one battery charge, then we recommend looking at this model, or similar smartphones with a powerful battery.

Samsung Galaxy A03 Core will be available after the beginning of official sales. We always recommend that you look at the smartphone before you buy it to make sure that it fits you in all respects — screen size, case materials and build quality, speed and smoothness of the interface, photo and video quality, etc. After you choose a model, then you already look at the different offers from the sellers — you can buy it on the Internet or in the offline electronics supermarket. Buy where you prefer, where there are stocks and discounts, and where the seller guarantees the service of the device under warranty. 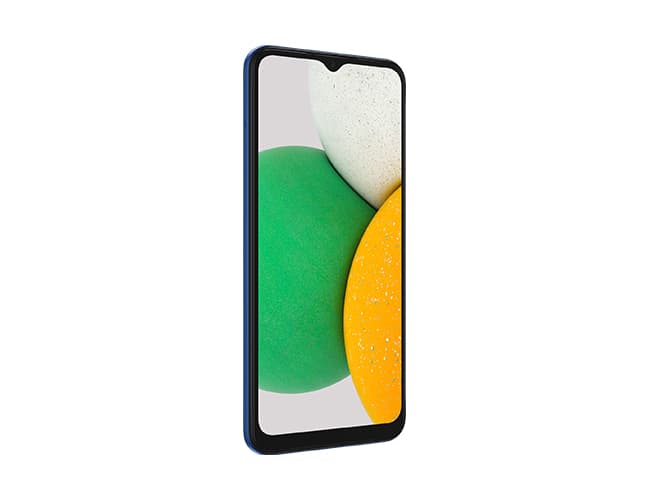 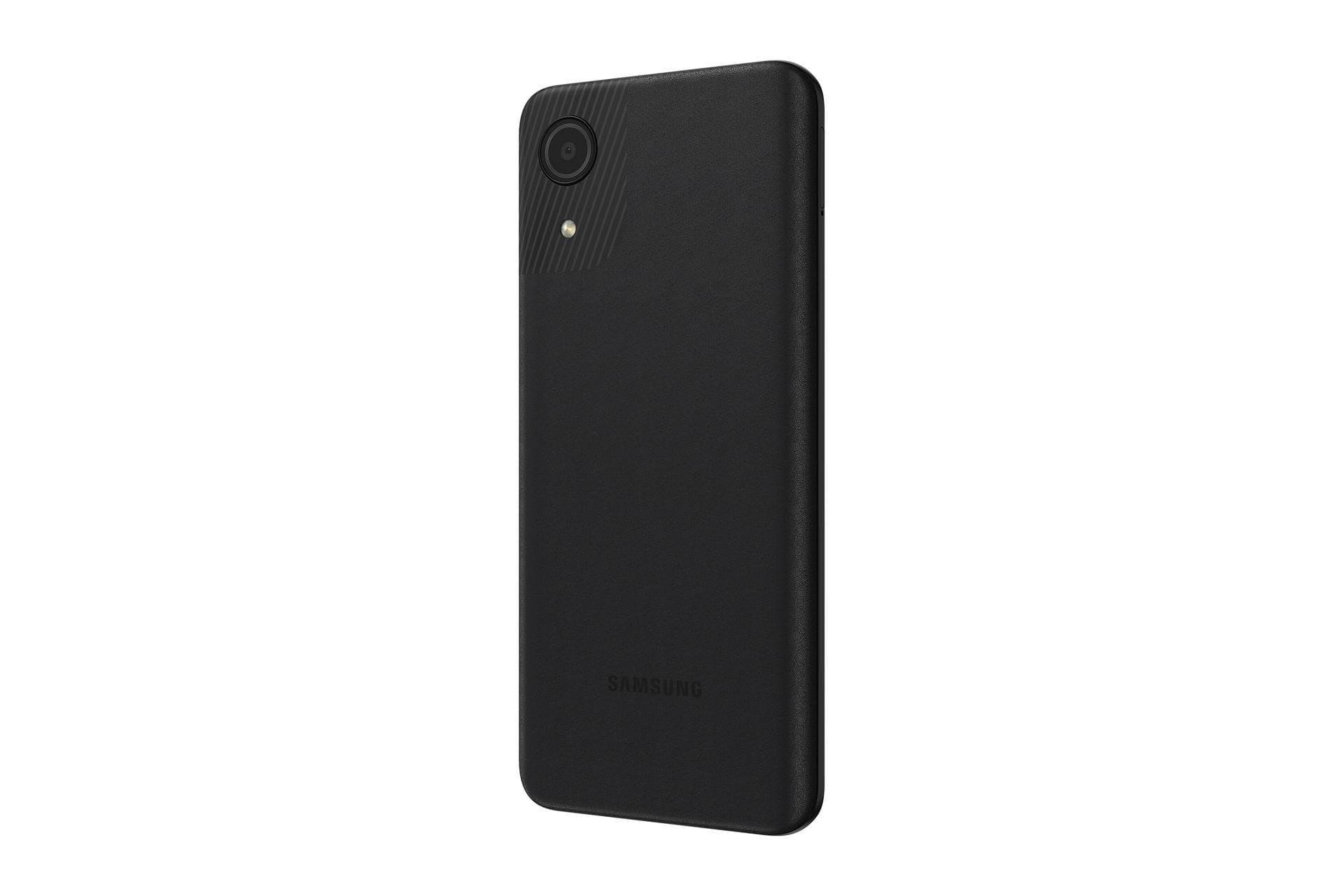 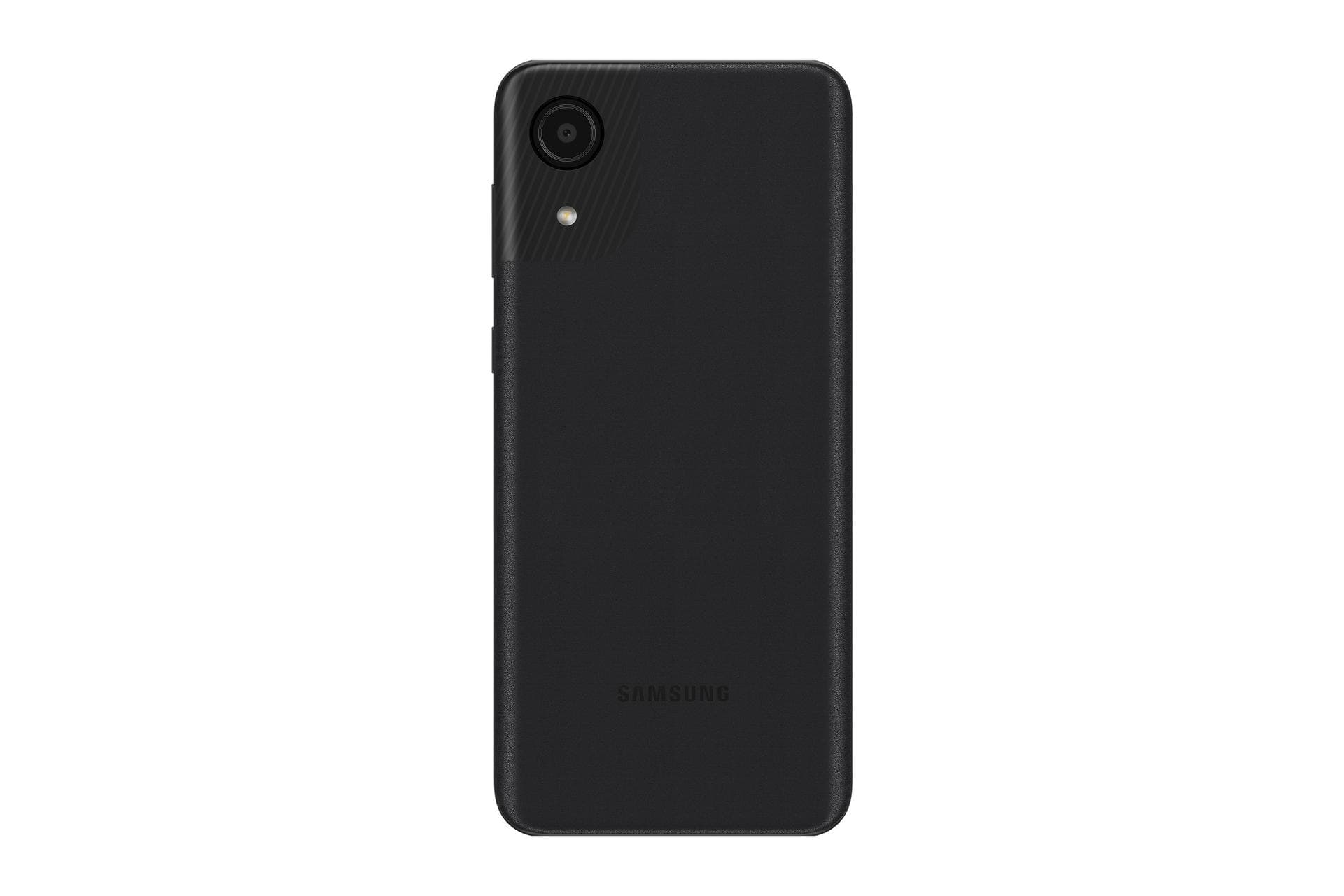 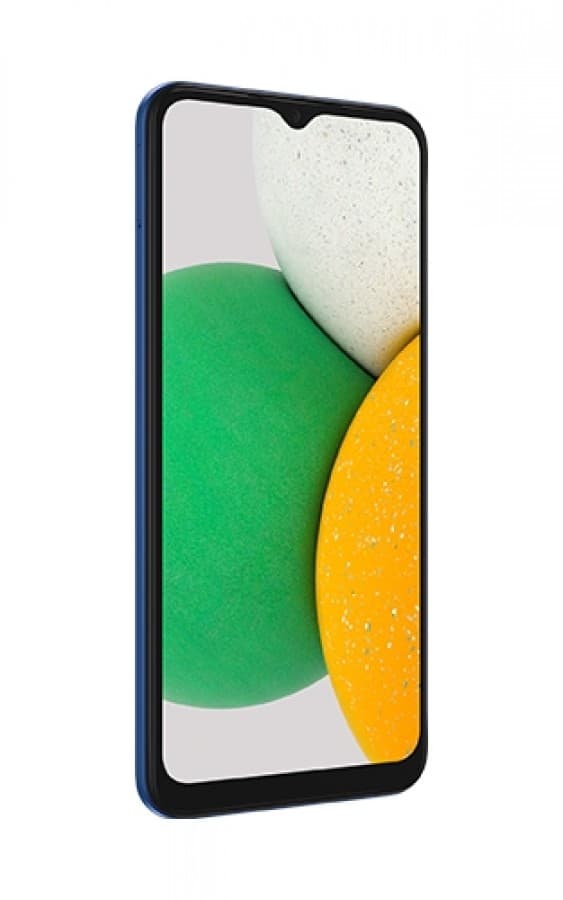 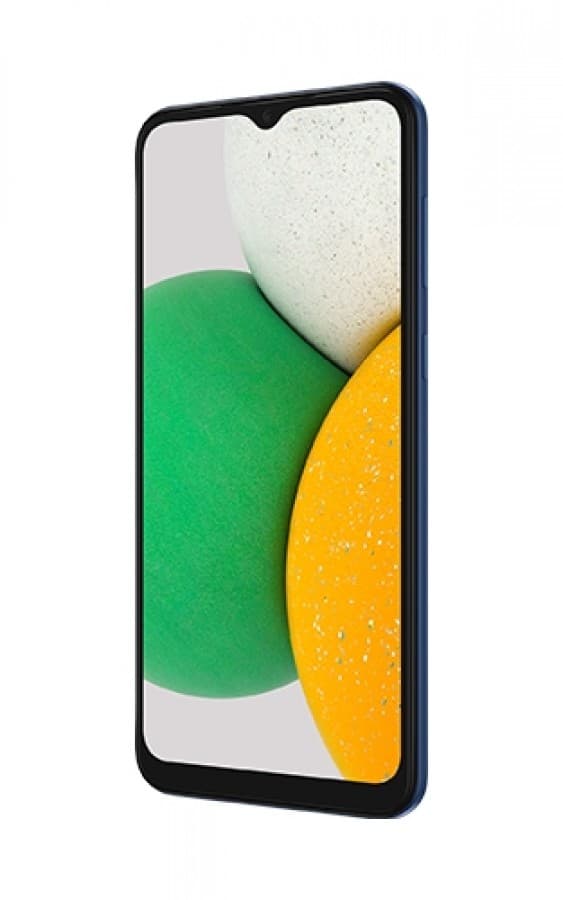 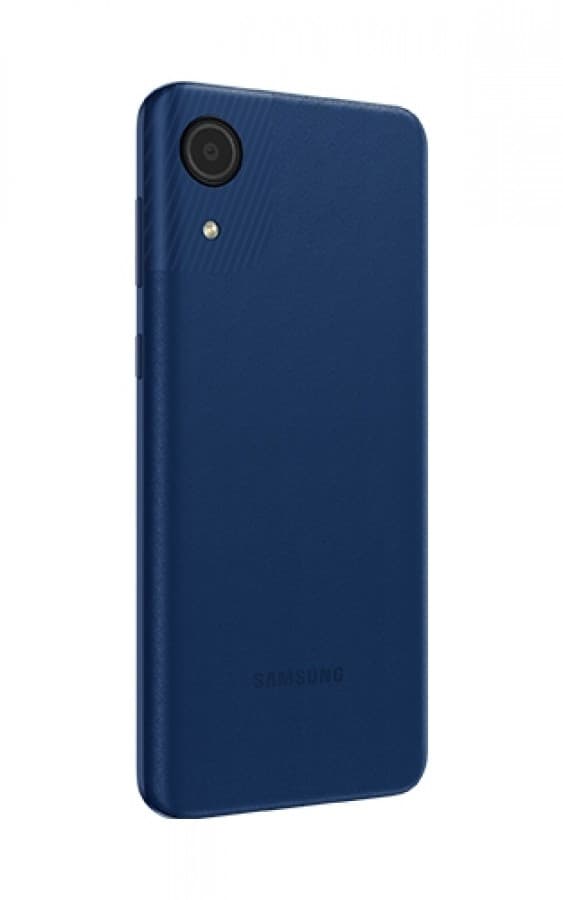 Timeline of news and rumors Samsung Galaxy A03 Core

Announced two budget smartphones Samsung Galaxy A03 and A03 Core

The official price is not yet known, but rumors say it will not be much higher than $100. It is immediately clear that the characteristics of these models are fully consistent with this price level. On the plus side, smartphones will get large 6.5-inch IPS screens and run Android 11 out of the box.