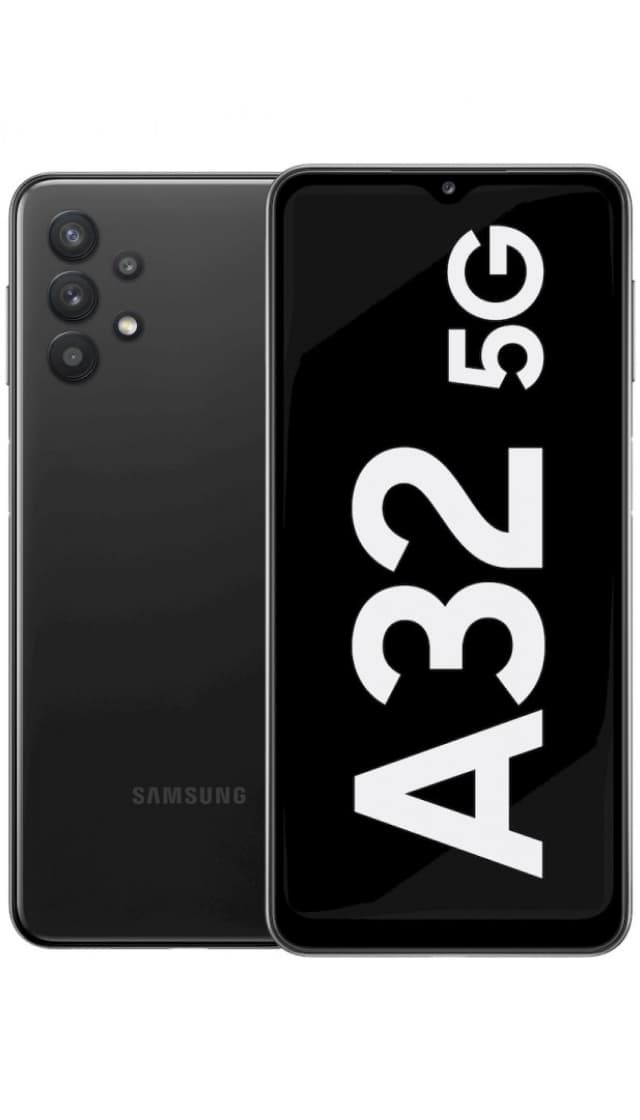 This is a smartphone on Android 11 with a very fast and productive processor, with a huge touchscreen size, with a very cool camera that has 4 modules (48 MP Wide, 8 MP UltraWide, 5 MP Macro, 2 MP Depth sensor), and the front camera here turned out to be very high quality, which can make beautiful selfies. And Samsung Galaxy A32 5G has such features: a slot for two SIM cards, cut-out notch above the screen (so that a selfie camera, speakers and additional sensors are placed there).

Smartphone Samsung Galaxy A32 5G works out of the box under the operating system Android version 11. According to our information, this model has not received any updates to the software, and if you want to choose some other smartphone on this version of the OS with support for updates, then look at these smartphones on Android 11 in our catalog.

In addition the Samsung Galaxy A32 5G — is a smartphone for 2 SIM cards, which is ideal if you use the services of several mobile operators. And this model also supports 5G networks, which means that the speed of receiving data with this smartphone can reach up to 100 Mb/s. Soon, each smartphone will work in the networks of the fifth-generation (5G). Therefore, in our catalog on a separate page, you will find all 5G smartphones from popular manufacturers of Android devices.

It is worth paying attention to good 6.5-inch capacitive IPS LCD touchscreen smartphone Samsung Galaxy A32 5G. A real shoveler, which is great for watching videos, surfing the Internet and full-screen games. You will be very surprised at how much information is placed on one screen. But, unfortunately, with one hand you will not be comfortable with using a smartphone. In addition, Samsung Galaxy A32 5G has very small frames around the screen (speaking in numbers, the screen occupies from 80% to 90% of the area of the entire front panel. And drop-like notch above the screen adds recognition to the smartphone and increases the screen area, but does not increase the physical size. The thickness of the case is 9.1 mm. This also accommodated a battery capacity of 5 000 mAh.

The smartphone Samsung Galaxy A32 5G has two cameras: main camera (48 MP Wide + 8 MP UltraWide + 5 MP Macro + 2 MP Depth sensor) and front-camera (13 MP Wide). If you look at the quality of the photo of the main camera, then these are very good photos with high quality and detail. Look at the example of photos and videos taken on this smartphone.

In addition, the main camera has a feature, namely additional modules. It is better to judge about the advantages and disadvantages of several lenses in one smartphone, as well as about the possibilities of software image enhancement, by real photos and videos taken with such a camera. Therefore, be sure to look at all the photos of the Samsung Galaxy A32 5G on this page in order to draw your conclusion on whether this is a good camera or not.

So, in Samsung Galaxy A32 5G is installed 8-core processor on the chipset MediaTek MT6853 Dimensity 720 5G. As for RAM, the memory module is used here 4 GB, but if this is not enough for you, then there is a version for 8 GB. You can choose the right version of the smartphone, but note that the price of these versions is different.

Price for Samsung Galaxy A32 5G: buy or not to buy?

The choice to make is not difficult — to buy or not to buy — we will help you to solve it right now. New smartphone Samsung Galaxy A32 5G we took and carried out segmentation for the quality of the camera, screen size, battery capacity and processor performance. So, if you want to buy a smartphone with a huge screen, then this model perfectly suits you. If you want to receive super quality photos, you can safely take this smartphone and do not overpay for top models. And, finally, on the performance of the processor, this model is very powerful with a very capacious battery here.

Having dealt with the average characteristics, it remains to understand whether it is worth all the declared price of $340 (without taxes and fees). Here everyone makes a choice for himself and evaluates all the pros and cons. 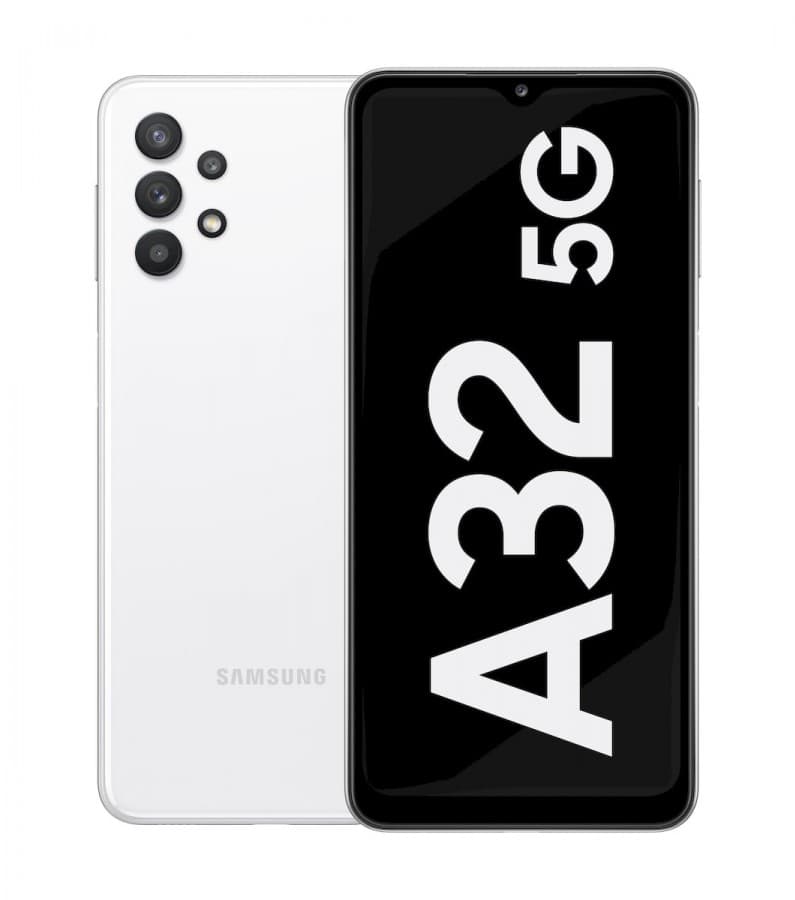 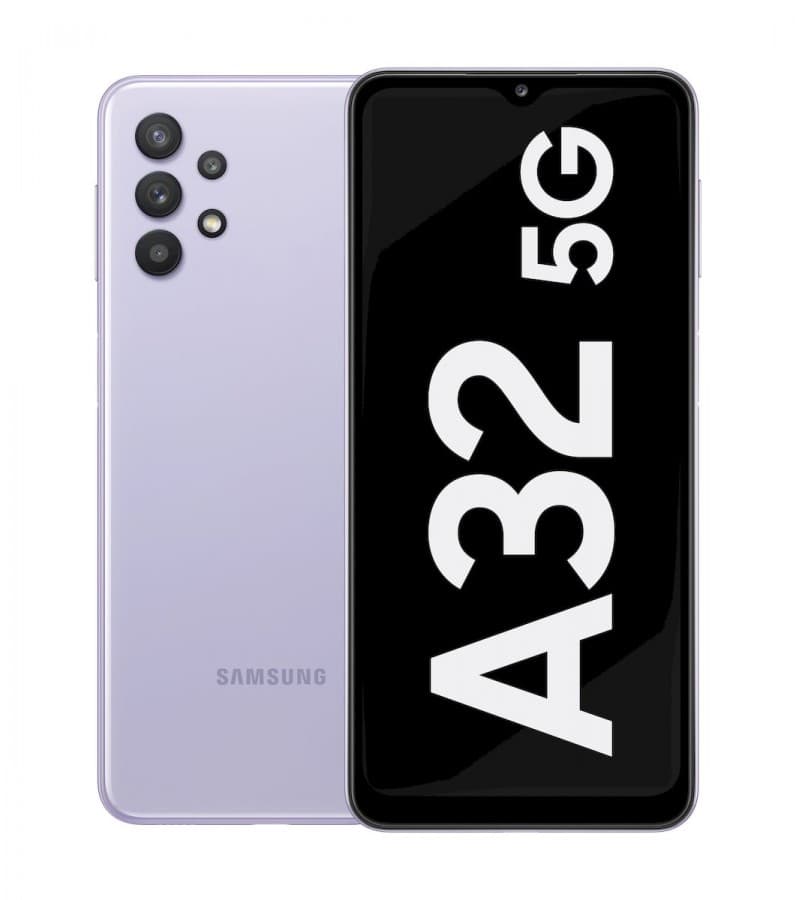 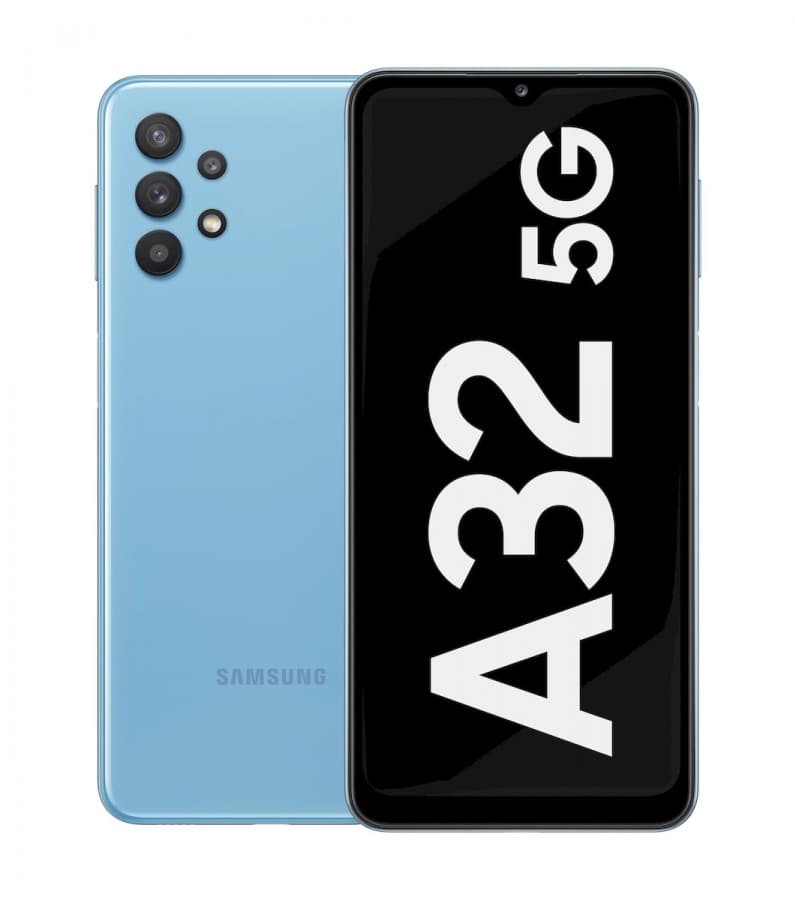 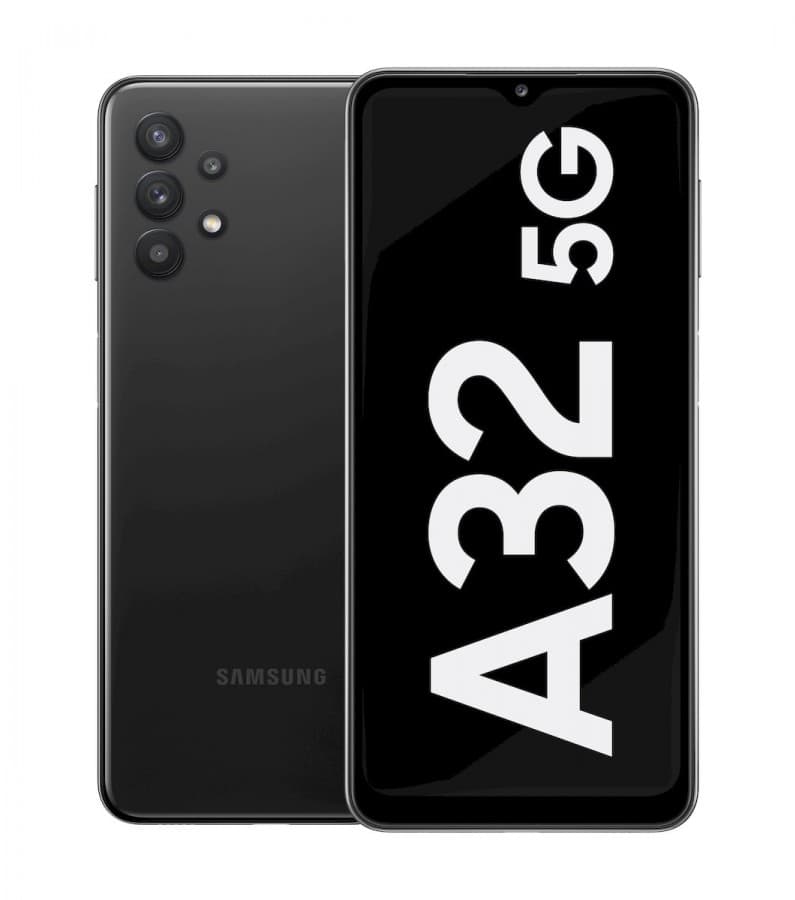 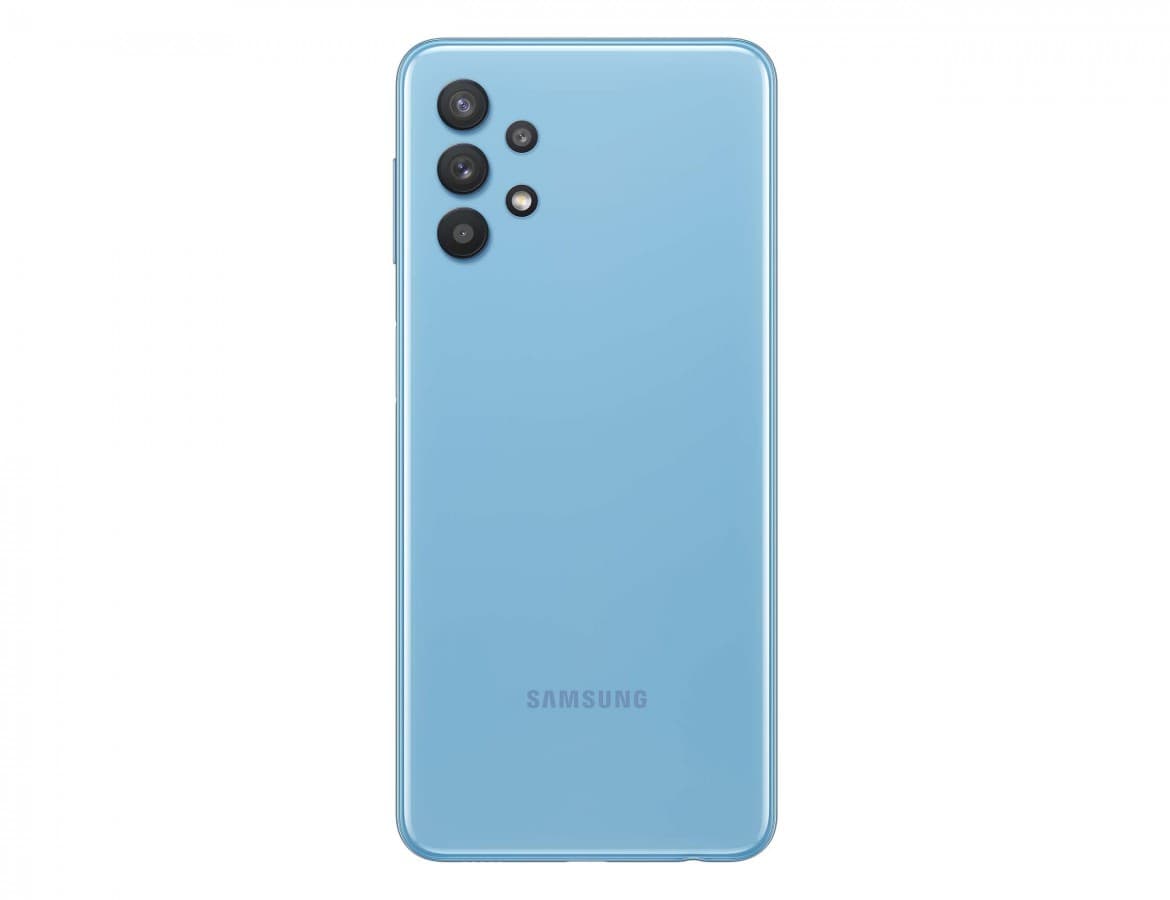 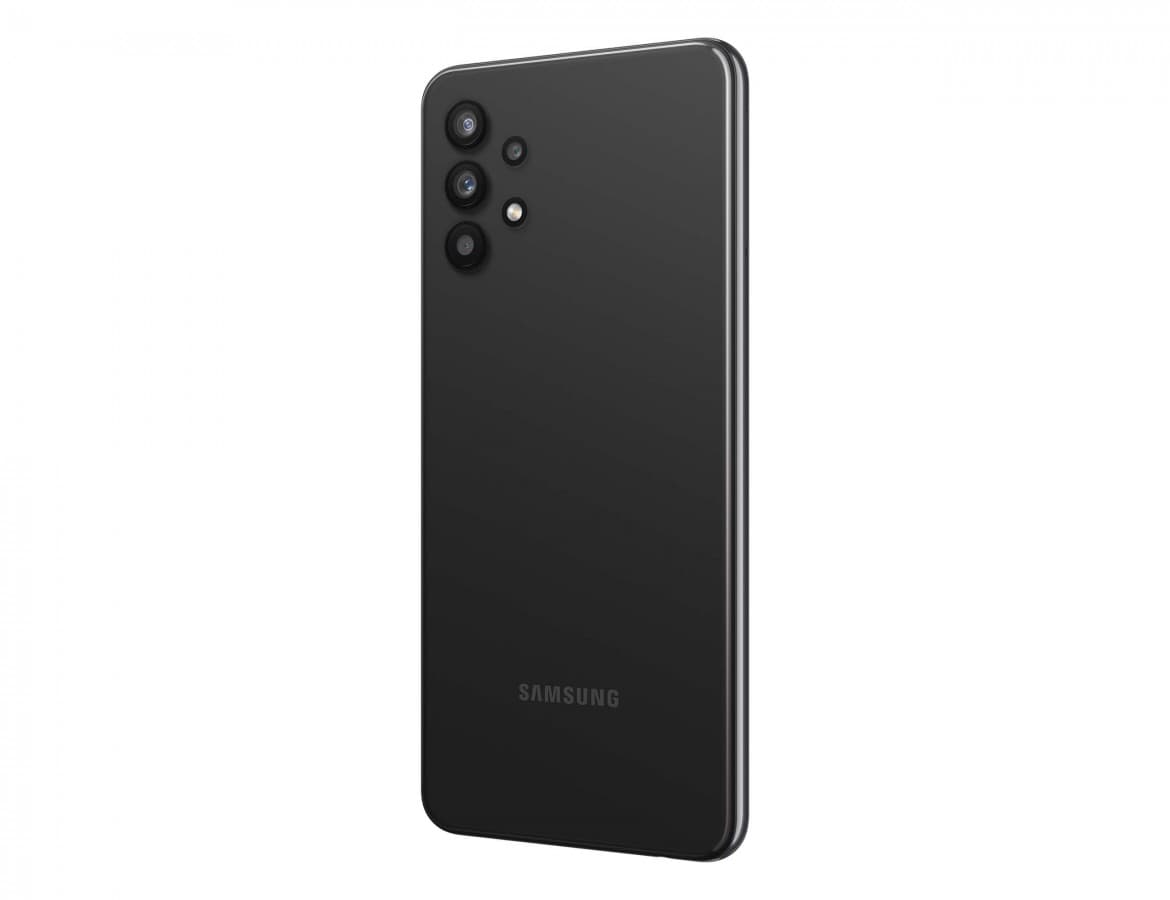 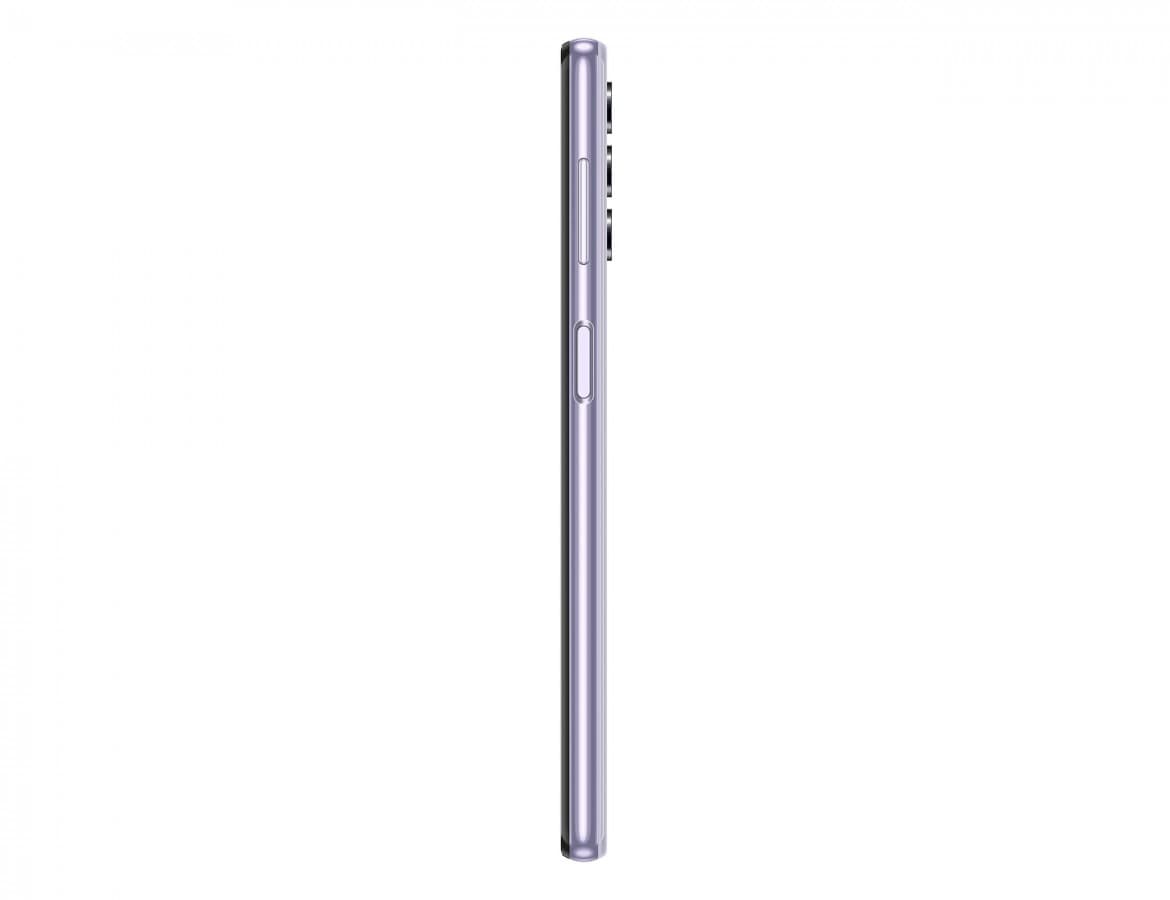 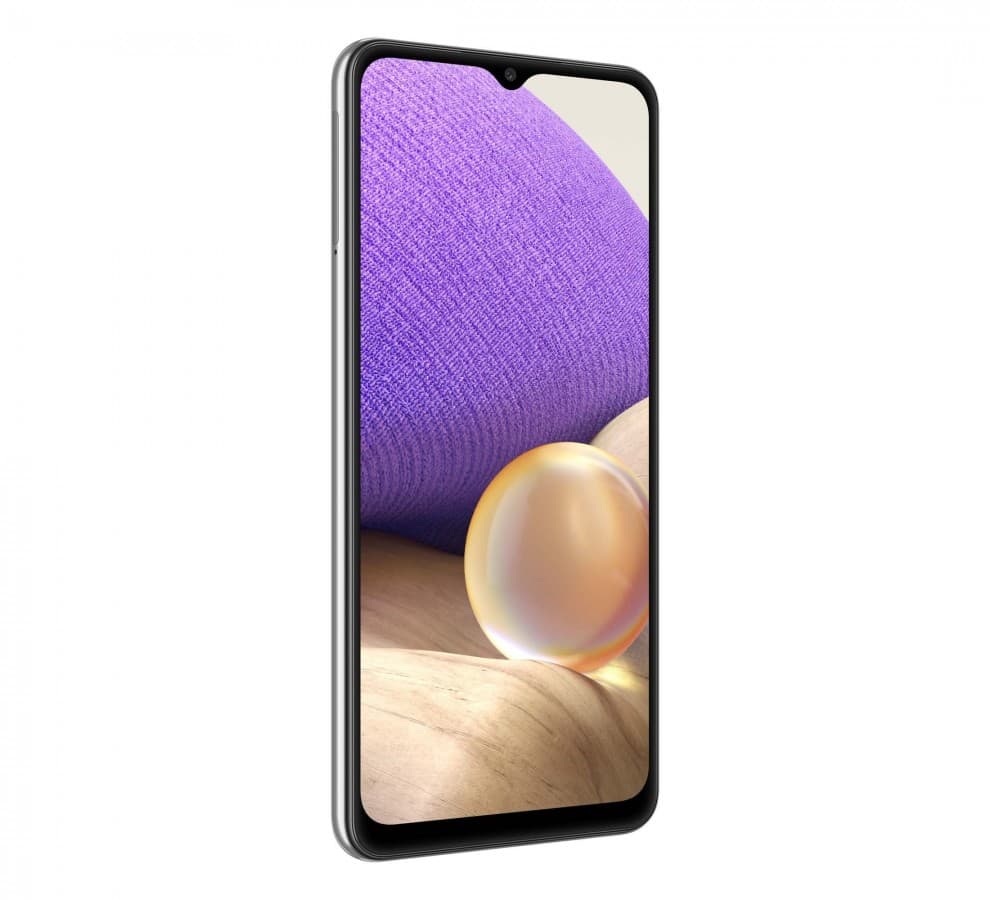 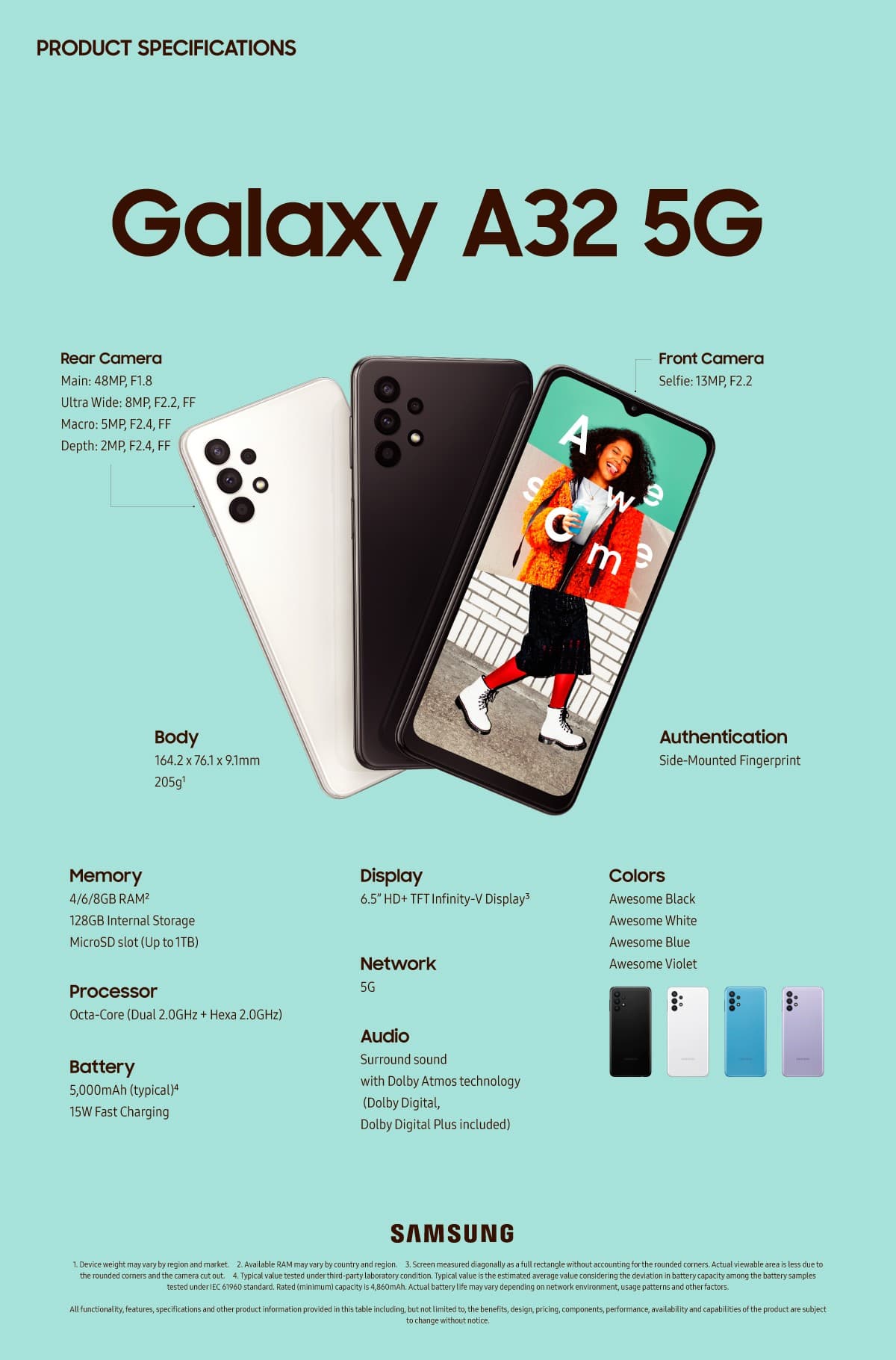 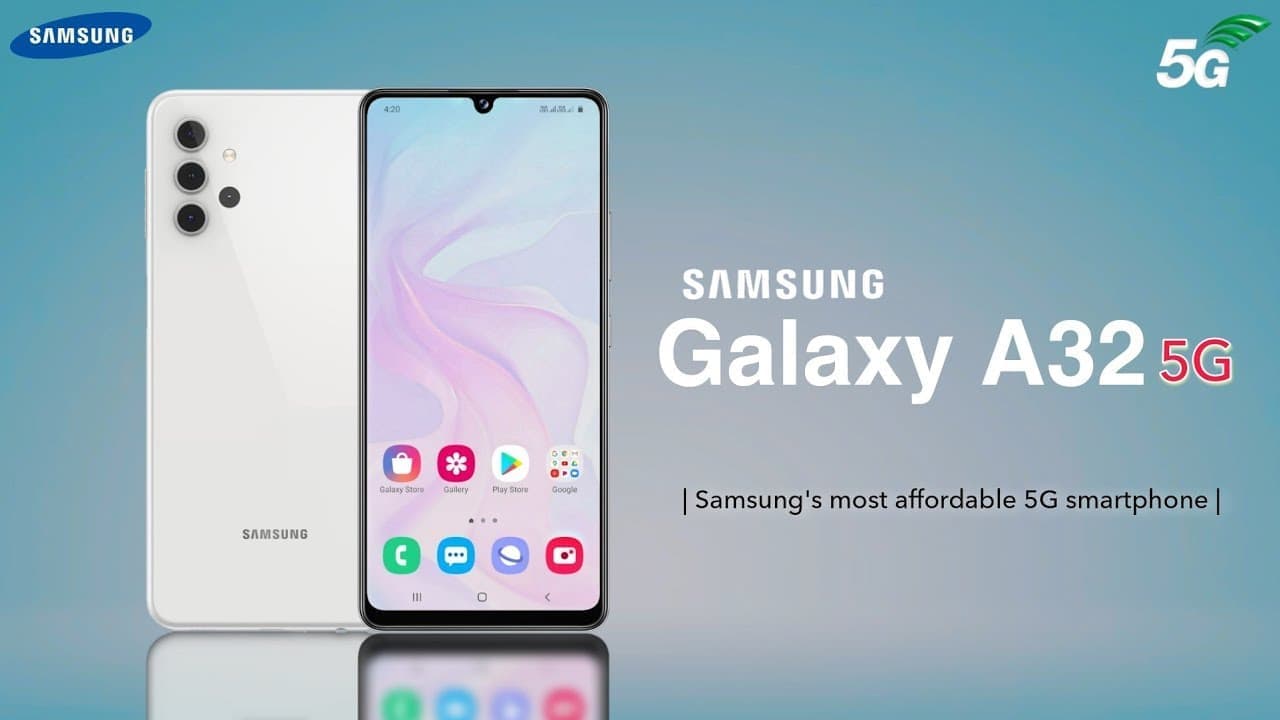 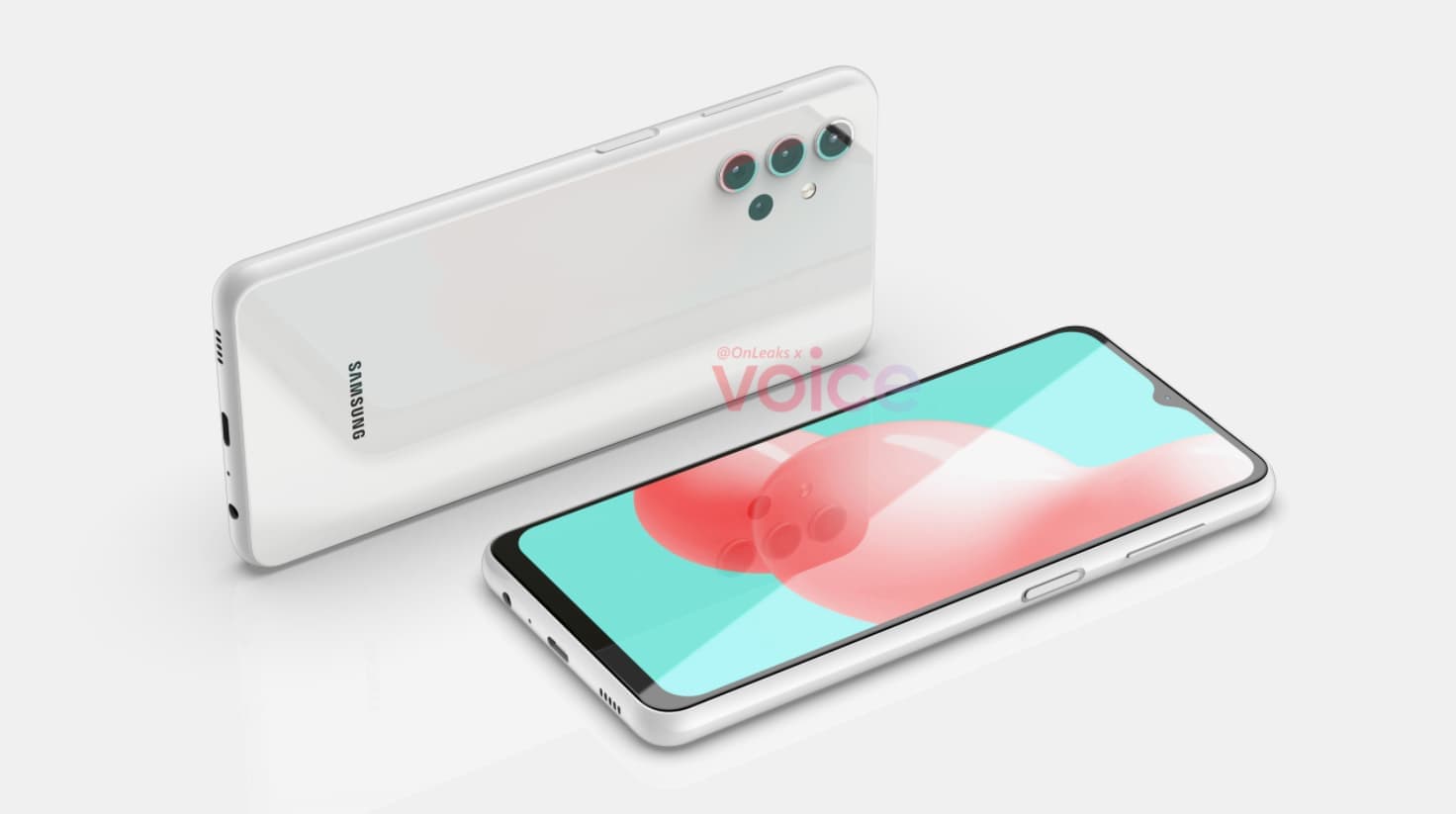 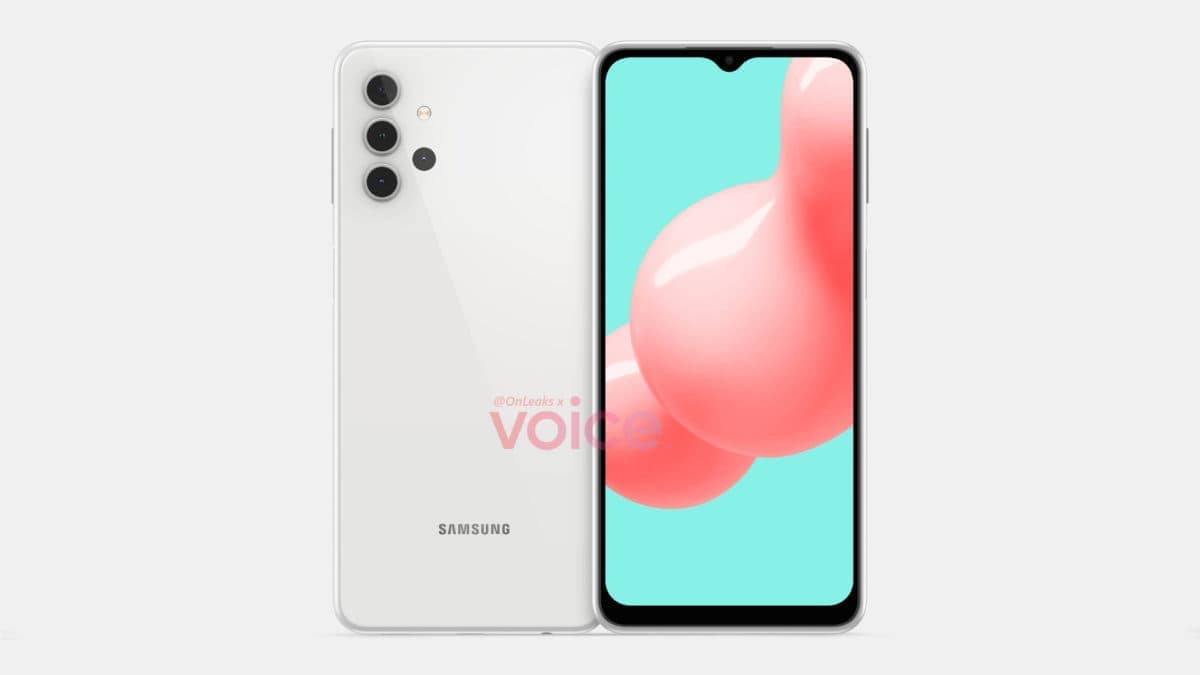 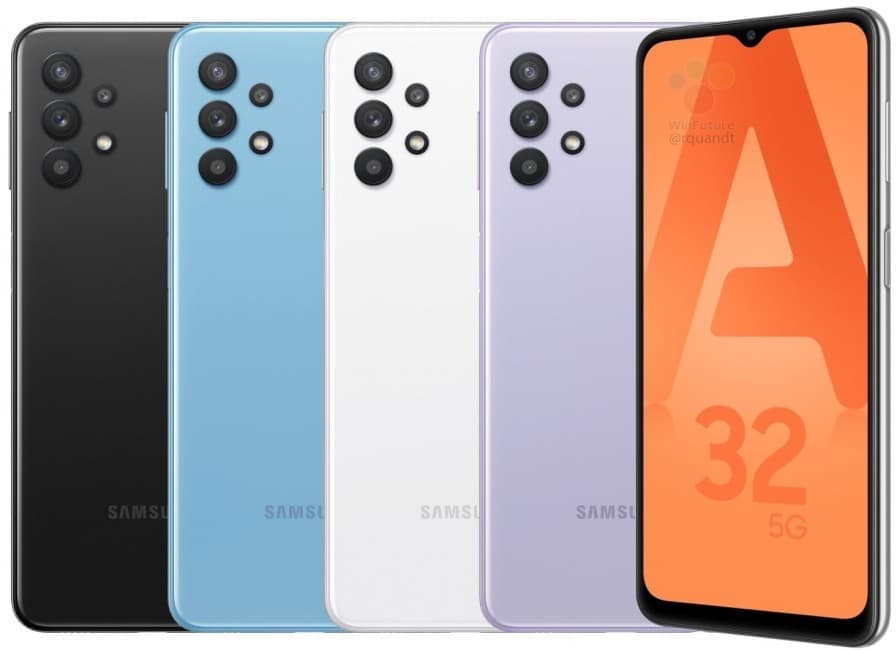 Timeline of news and rumors Samsung Galaxy A32 5G

All previously known rumors about the Galaxy A32 5G have been confirmed. Today, the smartphone was officially presented with four body color variants and with three options of RAM (4 GB, 6 GB or 8 GB) starting at $340.

You can see detailed characteristics on this page in the table.

High-quality photos of the Samsung Galaxy A32 leaked: the main camera block did not receive a rectangular outline

German resource WinFuture.de recently published all the photos of the Samsung Galaxy A32 smartphone, which is expected to be announced this month. The photo clearly shows the front panel with a large indent from the bottom, the rear panel with the main camera. After the announcement, you will be able to choose one of four body colors to buy: black, white, blue and purple.

Before the official announcement, there were already several leaks with information about the characteristics of the Galaxy A32. First, it will be the first 5G smartphone from the Korean company at a very affordable price. Secondly, it is known that the Galaxy A32 will receive a 6.5-inch screen with a waterdrop notch at the top for the front camera with a 20MP sensor. Thirdly, the smartphone will run on the MediaTek Dimensity 720 chipset with 4/64 GB or 4/128 GB of RAM and internal memory, respectively (there will be two options to choose from). The main camera consists of four sensors: 48 MP Wide + 8 MP UltraWide + 5 MP Macro + 5 MP depth sensor.

So far, there is no exact information about the date of the announcement of the Samsung Galaxy A32 5G and its price in the market. We are waiting for the official presentation.

In January 2021, according to rumors, Samsung will update the Samsung Galaxy A series with new 5G smartphones: A72, A52 and A32

All models will run Android 11. The Galaxy A72 will be available in two versions: the 4G version for € 450-500 and the 5G version for € 550-600. According to rumors, the Galaxy A72 will receive a main camera with four modules (64 megapixel maximum module) and a Snapdragon 720G processor. The Galaxy A52 smartphone will also be in two versions, but the prices are not yet known. The Galaxy A52 will also receive a Snapdragon 750G and 6GB of RAM, leaked from Geekbench benchmarks. And the youngest model Samsung Galaxy A32 will receive a MediaTek Dimensity 720 processor, according to Geekbench. The main camera of this model will also have four modules (48 MP main module). The price of the Galaxy A32 5G is not yet known. We await the official announcement to give you a full list of the characteristics of these new Samsung smartphones in 2021.