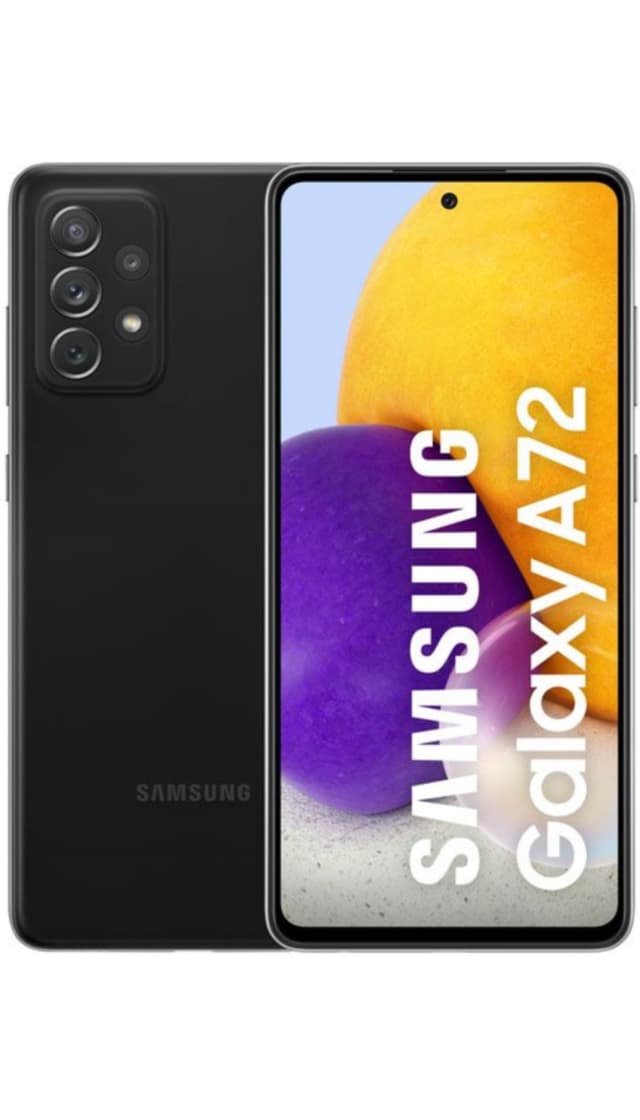 This is a smartphone on Android 11 with a very fast and productive processor, with a huge touchscreen size, with a very cool camera that has 4 modules (64 MP Wide, 8 MP Telephoto, 12 MP UltraWide, 5 MP Macro), and the front camera here turned out to be very high quality, which can make beautiful selfies. And Samsung Galaxy A72 4G has such features: a slot for two SIM cards, cut-out notch above the screen (so that a selfie camera, speakers and additional sensors are placed there), dust and water protection.

And if you want to look at the competitors of this smartphone, then in our catalog on the page “Smartphones of the year 2021” all models of the same year are presented. And it will also be useful to look at the page with smartphones at a similar price, like Samsung Galaxy A72 4G — this is the price segment page “Flagships smartphones from $500”.

Good big 6.7-inch screen, made by technology Super AMOLED with screen refresh rate 90 Hz (see all smartphones with screens 90 Hz in the catalog) installed in the smartphone Samsung Galaxy A72 4G.

The larger the screen, the larger the case. But in addition to the width and height of the hull, its thickness is important. At Samsung Galaxy A72 4G the thickness of the case is 8.4 mm, which turns out to be very thick. Today, there are many smartphones with a slim body. In addition, the screen area in relation to the body area affects the positive feeling of the phone in the hands. This model has a screen area of 80% to 90% of the body area (watch all smartphones with a screen from edge to edge). And one more thing, the screen area is increased thanks to the upper cutout above it, while the body area remains unchanged. Samsung Galaxy A72 4G received a cutout in the form of a small hole at the top of the screen for a selfie camera and multiple sensors. Check out detailed photos of this smartphone for a better understanding of how it looks in real life.

The battery and the operating time also depend on the screen size. At Samsung Galaxy A72 4G installed battery for 5 000 mAh, which is very, very good, this battery will last for a long time.

The most important characteristics of Samsung Galaxy A72 4G cameras: main camera received 64 MP Wide + 8 MP Telephoto + 12 MP UltraWide + 5 MP Macro, front camera got 32 MP Wide. See examples of photos and videos from this smartphone to visually assess their quality. And the most interesting thing is that the main camera on the back of the body has several lenses (smartphones with four cameras). That can do 2x zoom without losing quality. And with the help of at least two lenses, you can shoot portraits with the bokeh effect, this is when the background is blurred and the photo appears like depth. In this model, the selfie camera is on the front and you can see it. In 2019, smartphones were announced with a front camera, which is located inside the body and is not visible. When you need to take a photo, the front camera slides up from the body. You take your selfie, the photo is saved and then the camera goes down into the body. All smartphones with pop-up front camera from different producers at different prices are collected in the catalog. If you are interested in such models, we advise you to first watch video reviews about them, and then make a choice and buy.

The speed of the smartphone affects not only the optimized software (the newer Android, the better), but also the characteristics of the hardware: the processor and the amount of RAM. Samsung Galaxy A72 4G has 8-core Snapdragon 720G (8 nm). You can select the RAM 6 GB or version 8 GB.

Available versions Samsung Galaxy A72 4G with different amount of built-in memory: 128/256 GB. Note that the more memory, the more expensive the smartphone. And if there was not enough internal memory, then you can save the necessary data on the memory card microSDXC .

Price for Samsung Galaxy A72 4G: buy or not to buy?

So this is Samsung Galaxy A72 4G after the official announcement. This novelty hit the top, the most flagship segment of smartphones.

Buy Samsung Galaxy A72 4G you can after the beginning of official sales, which start in  March 2021. And now the price from the manufacturer is known — it′s $535 without taxes and fees. The price-to-feature ratio of this smartphone is not bad, because there is is just a huge screen, and the camera is sooooo cool, and the frontcamera is also very cool. 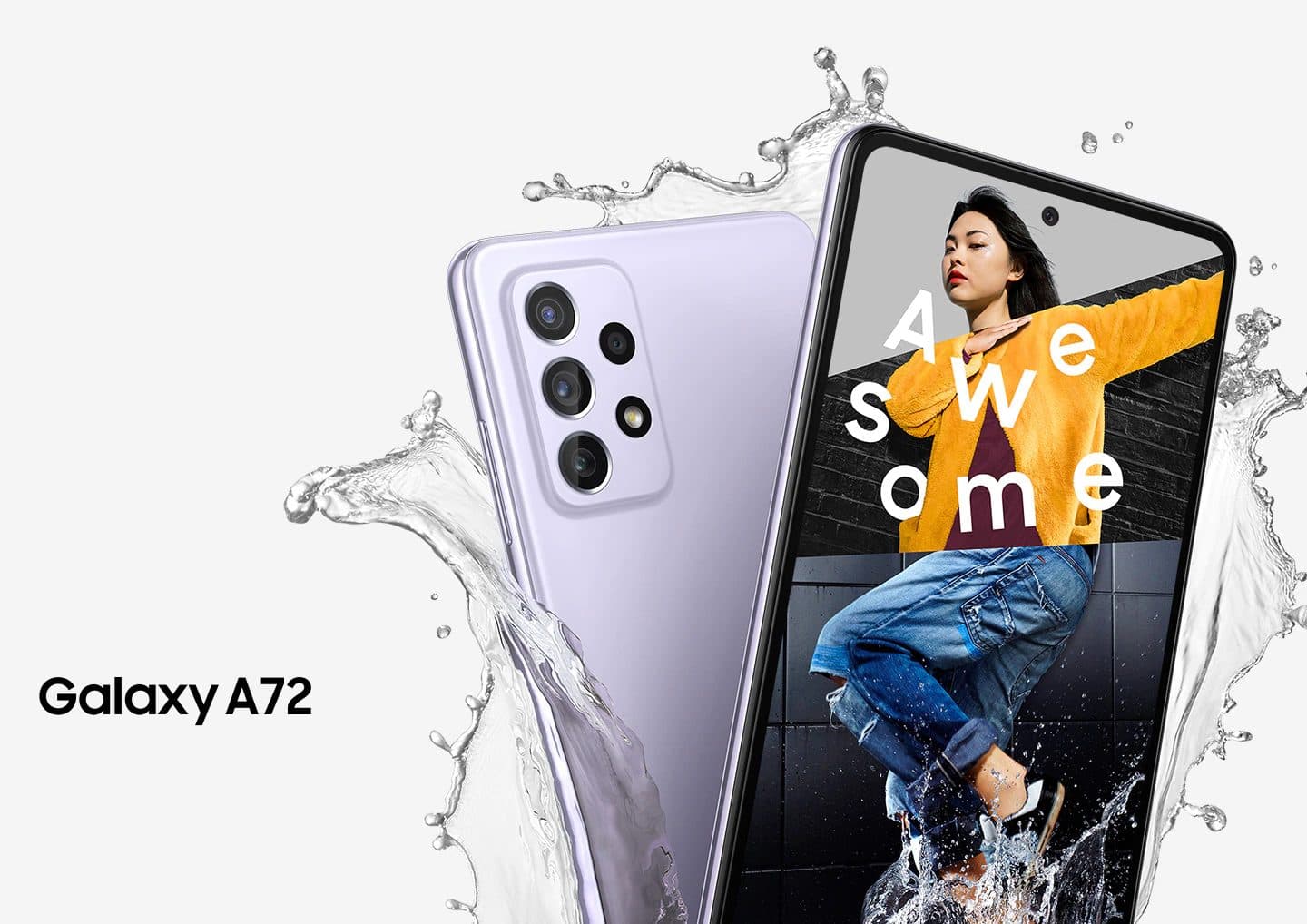 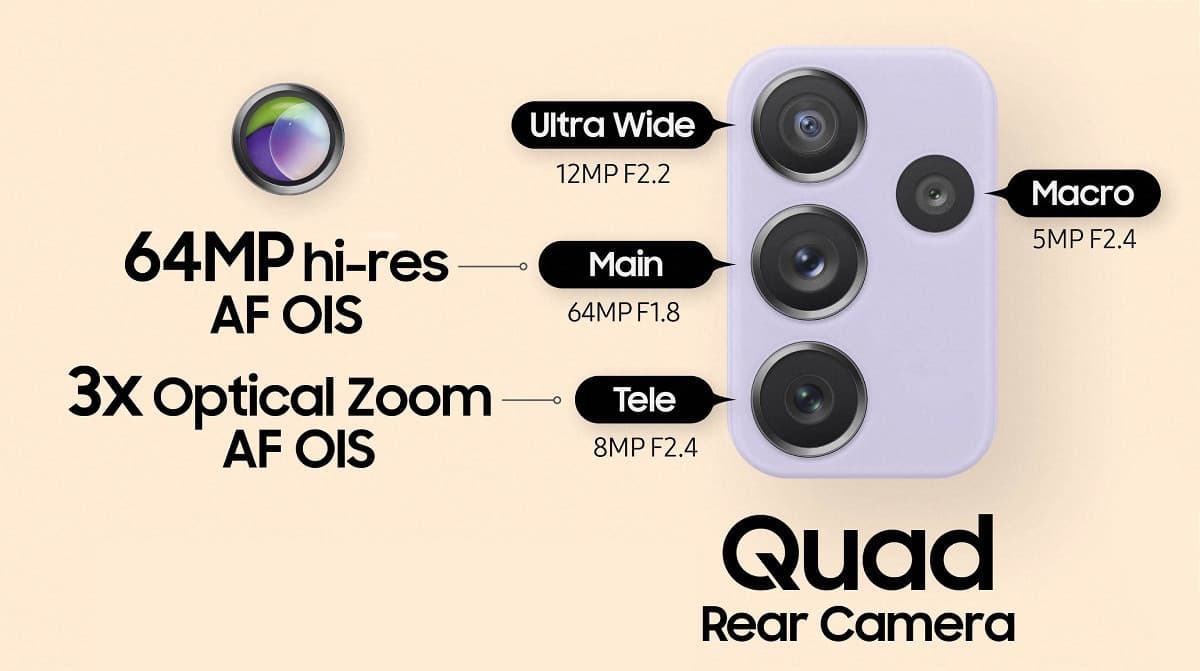 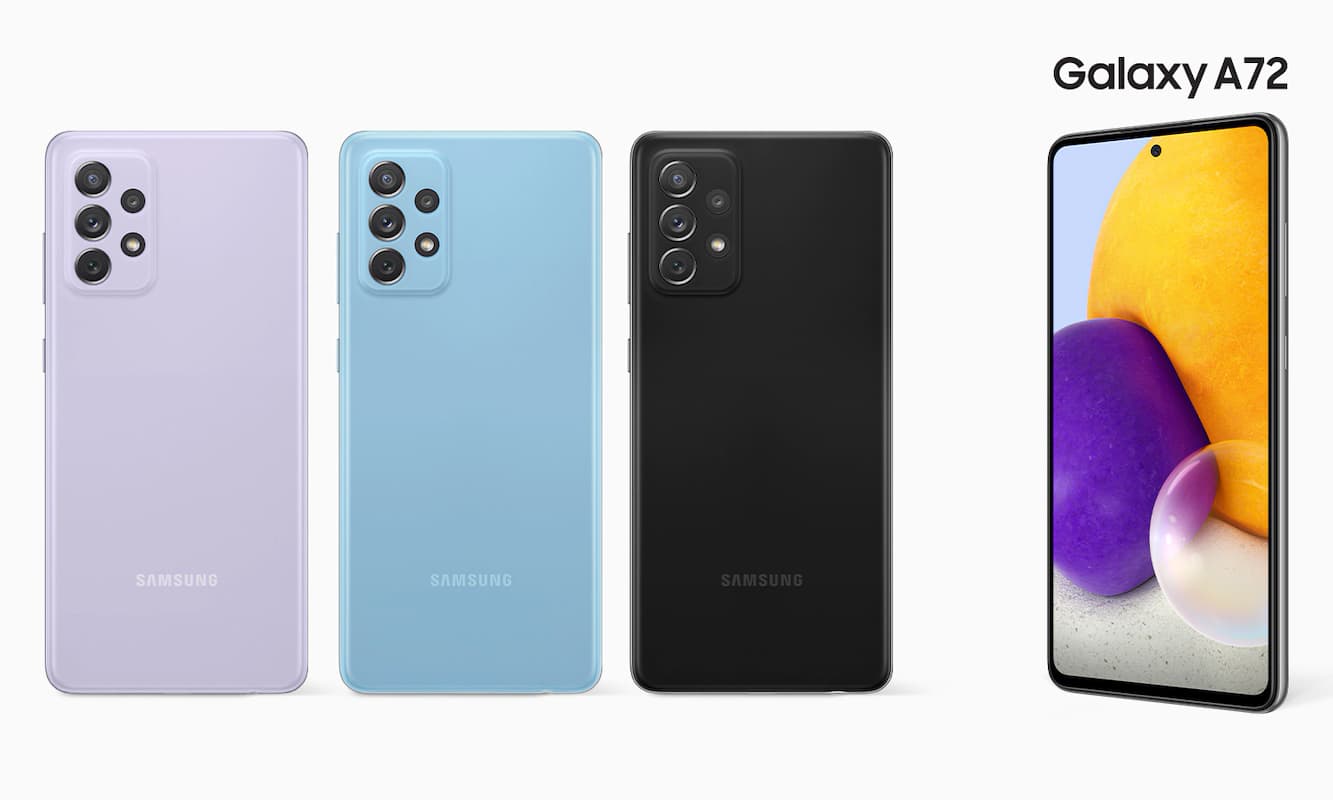 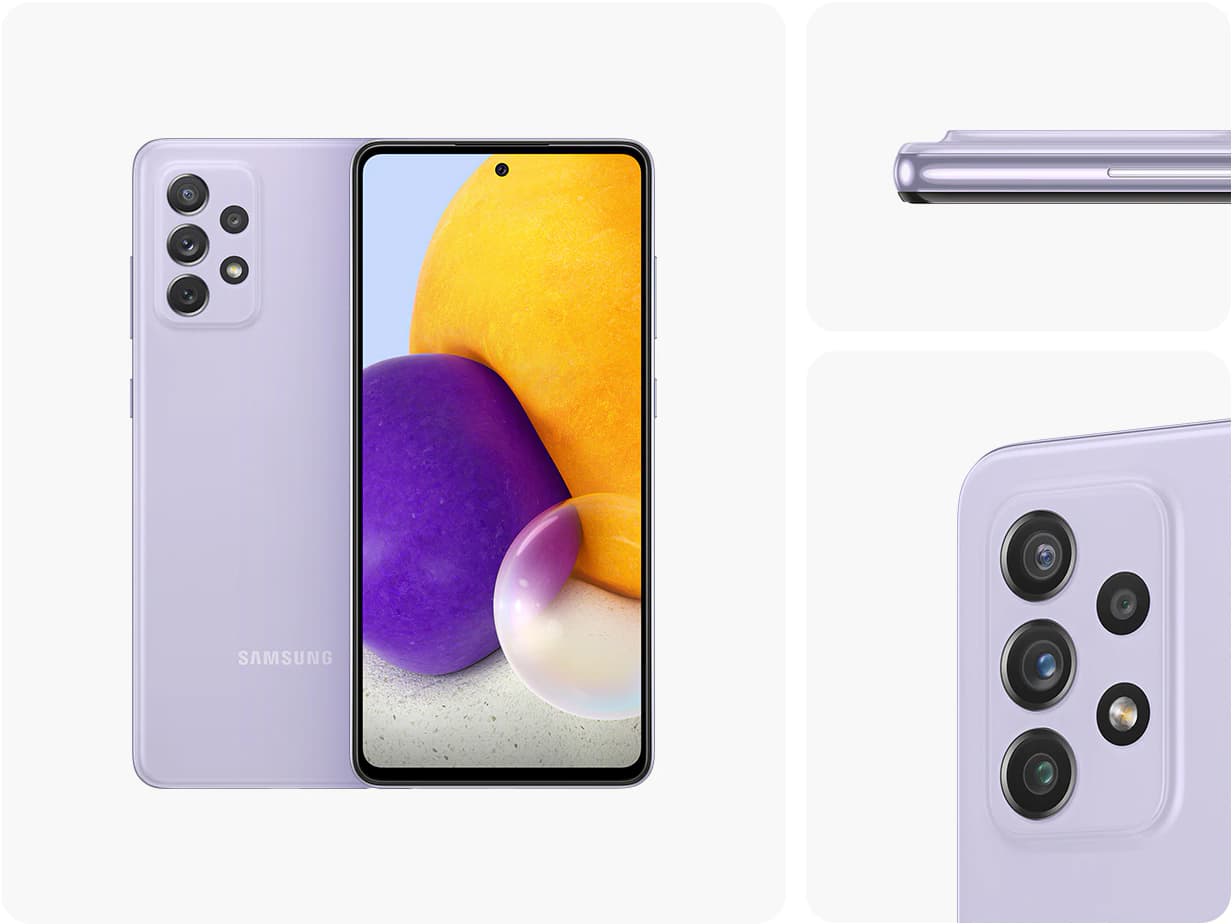 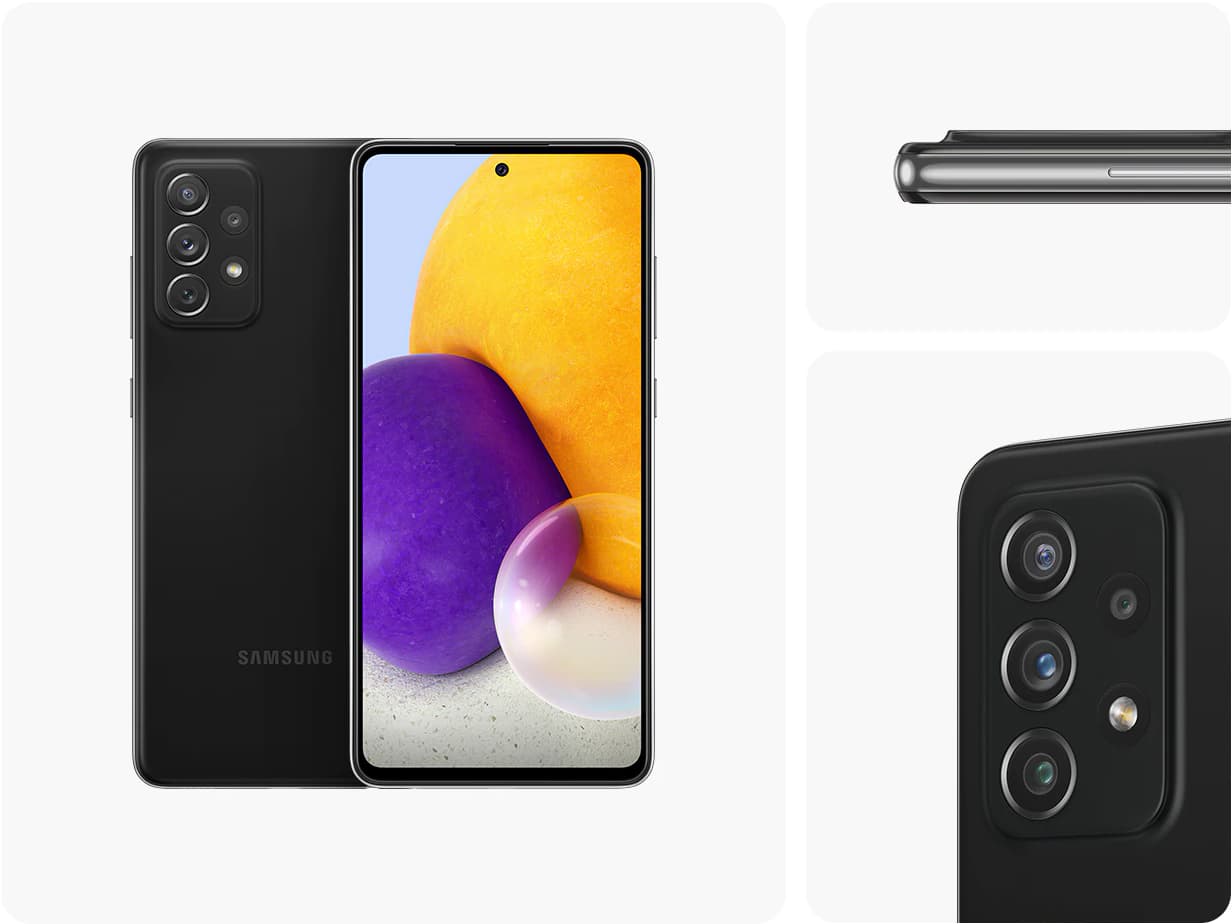 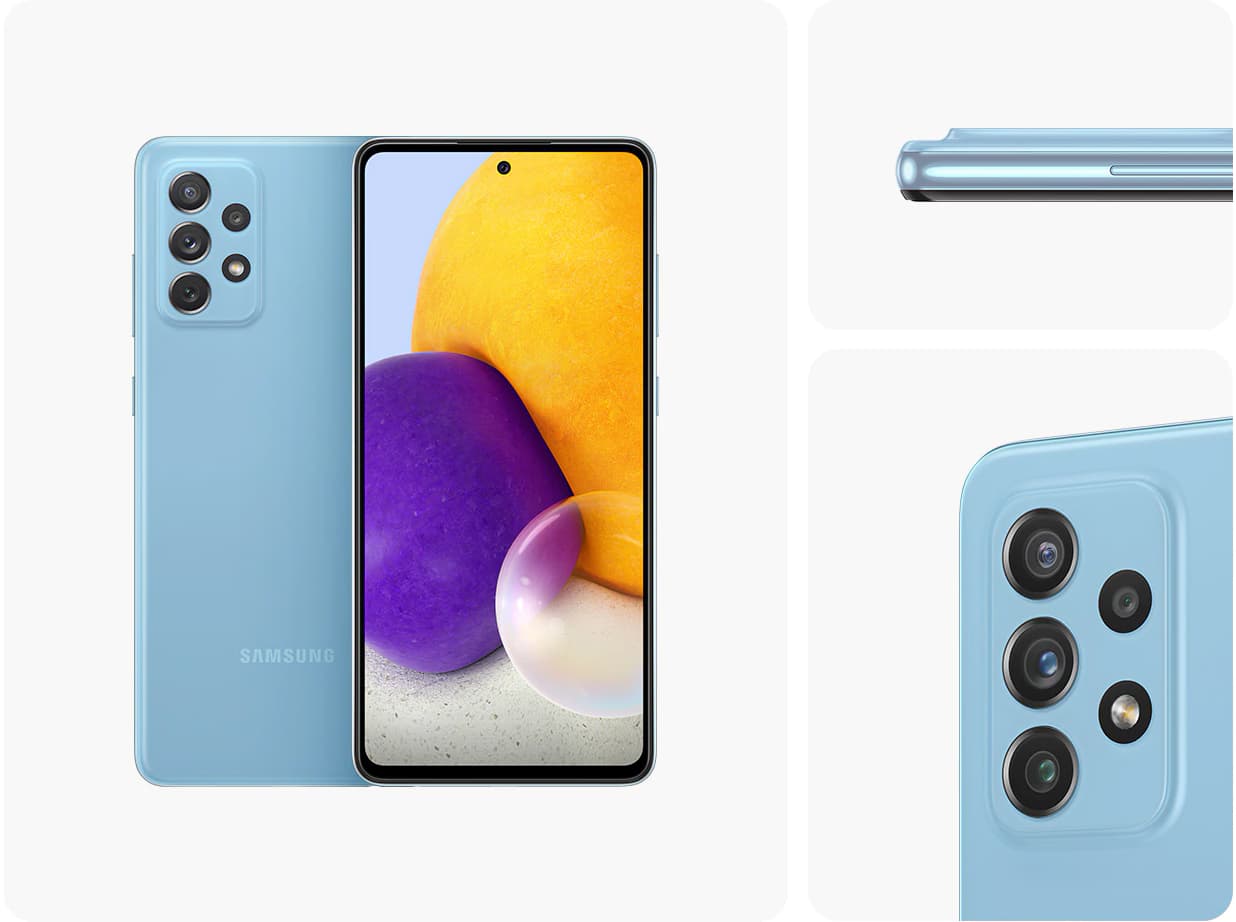 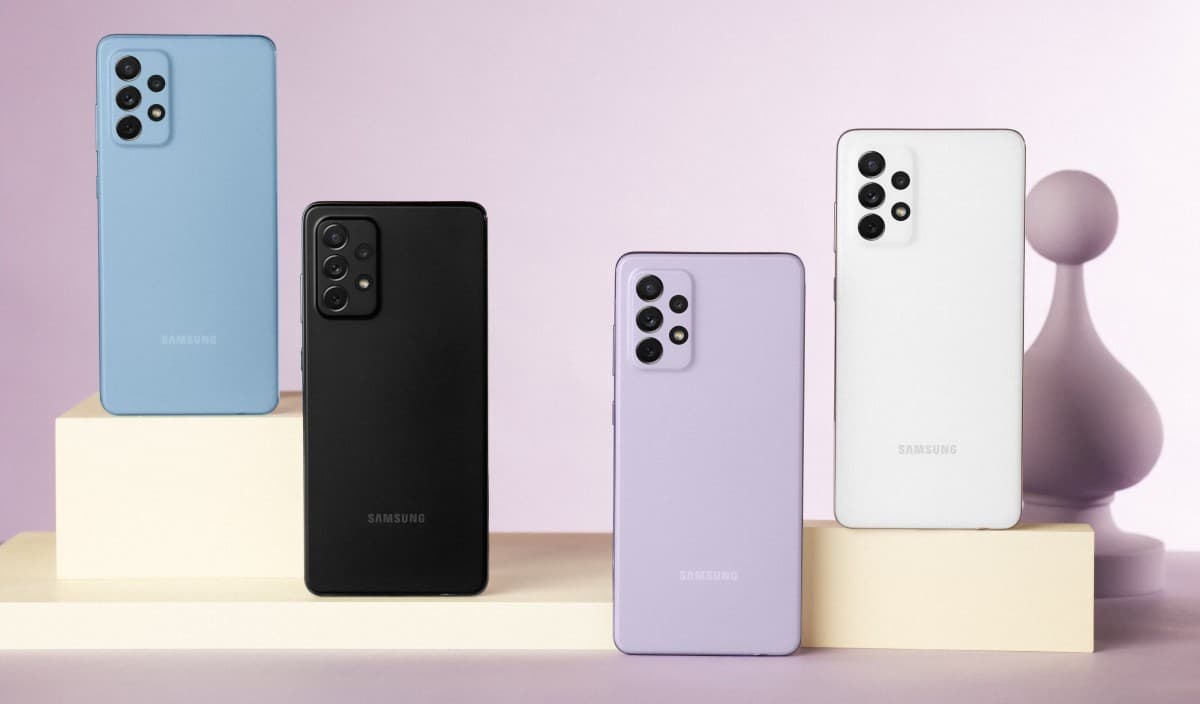 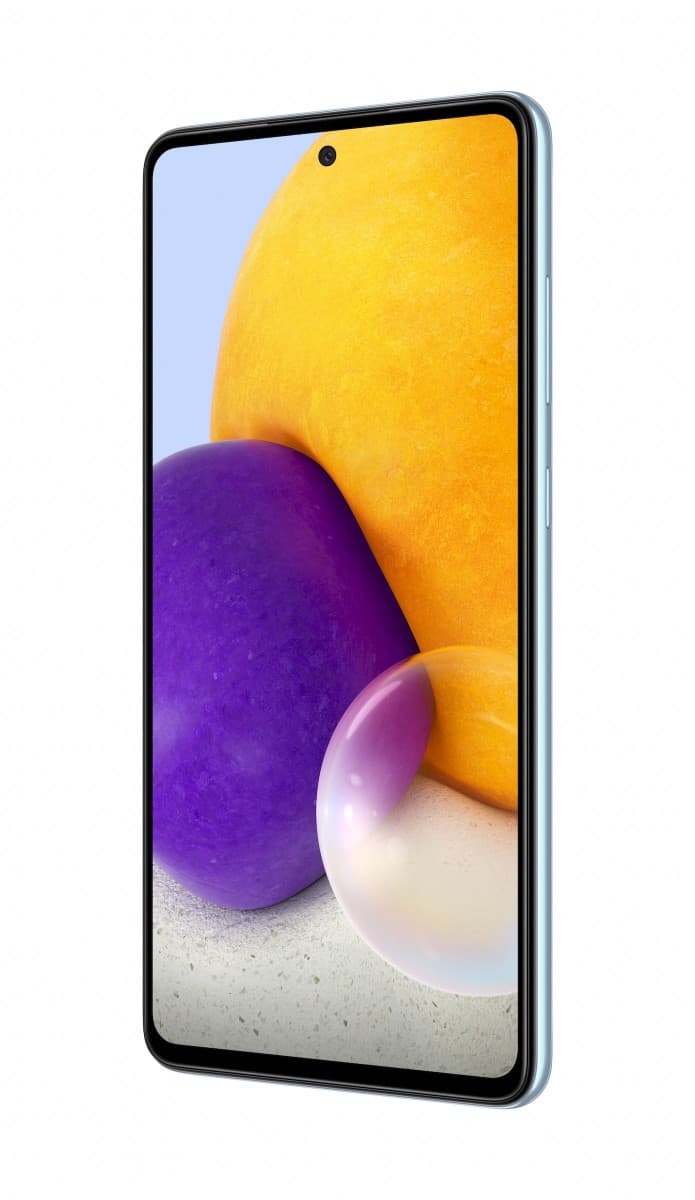 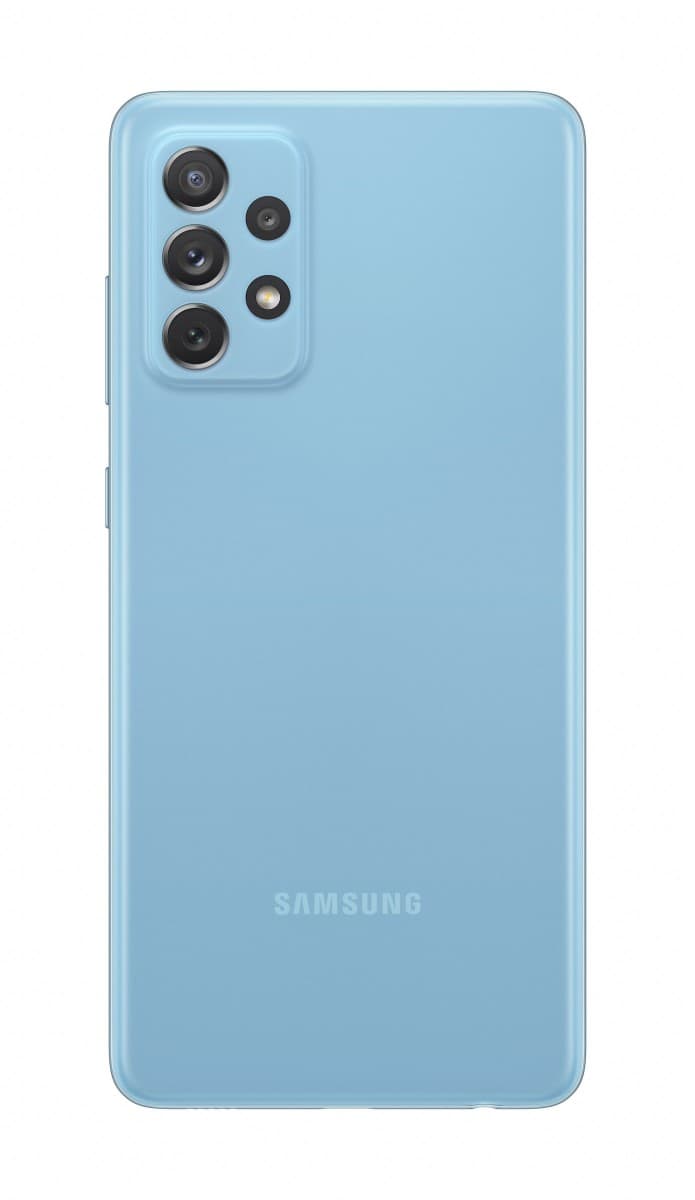 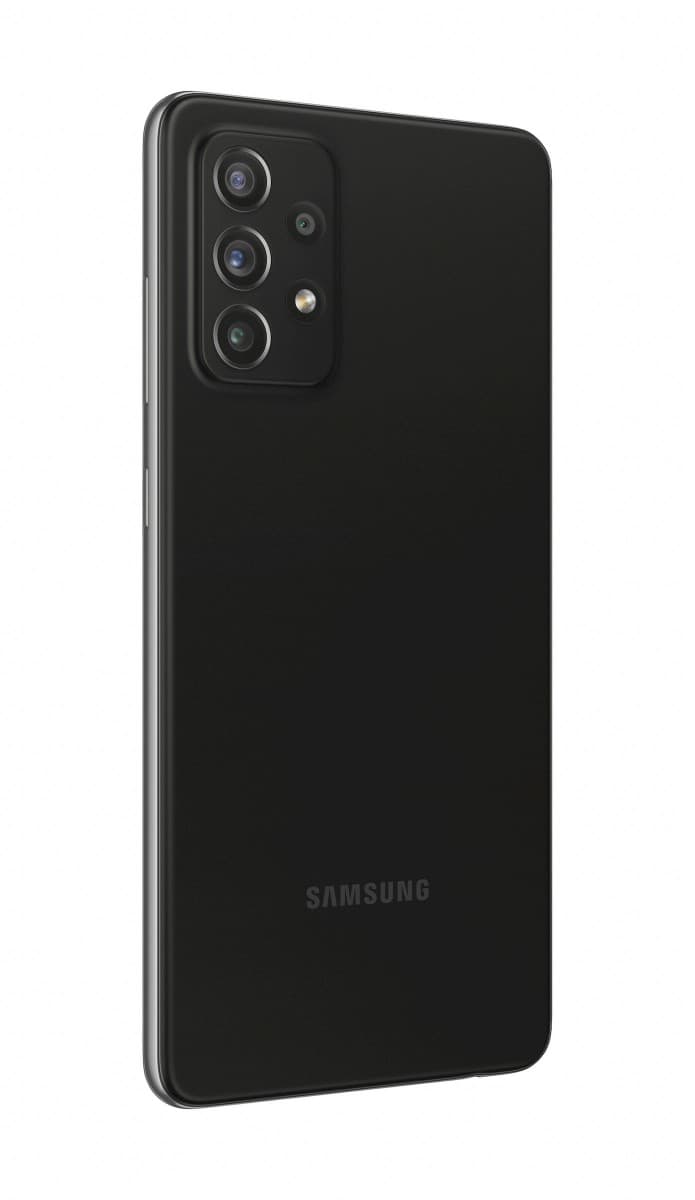 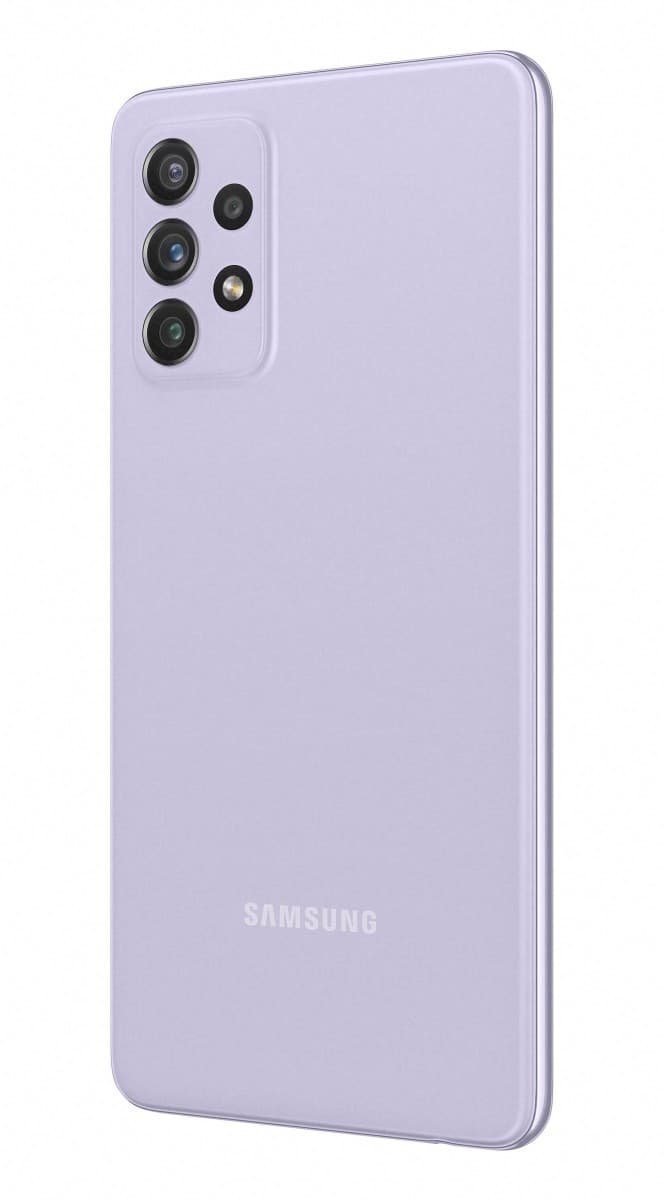 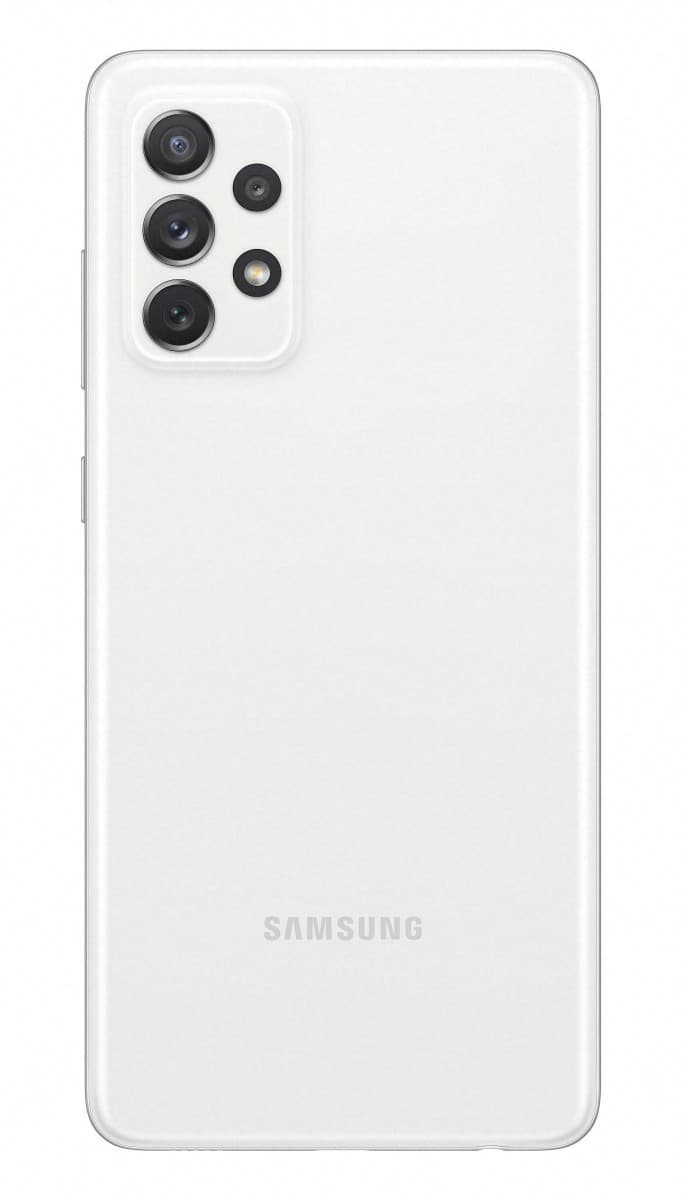 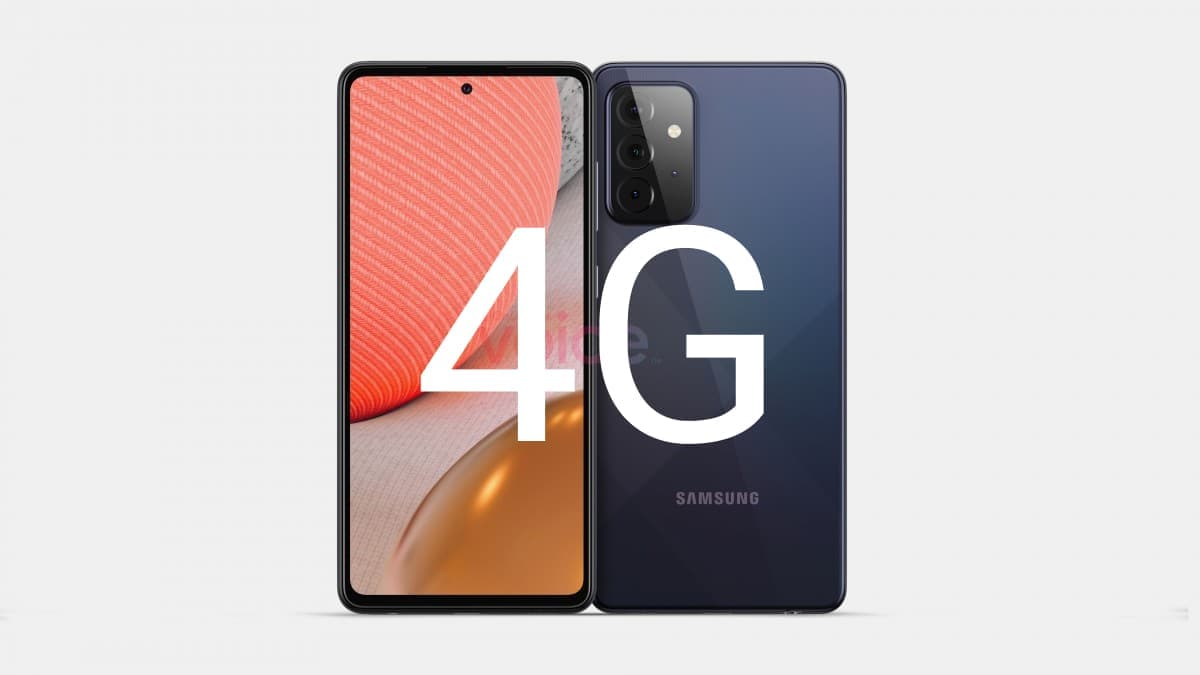 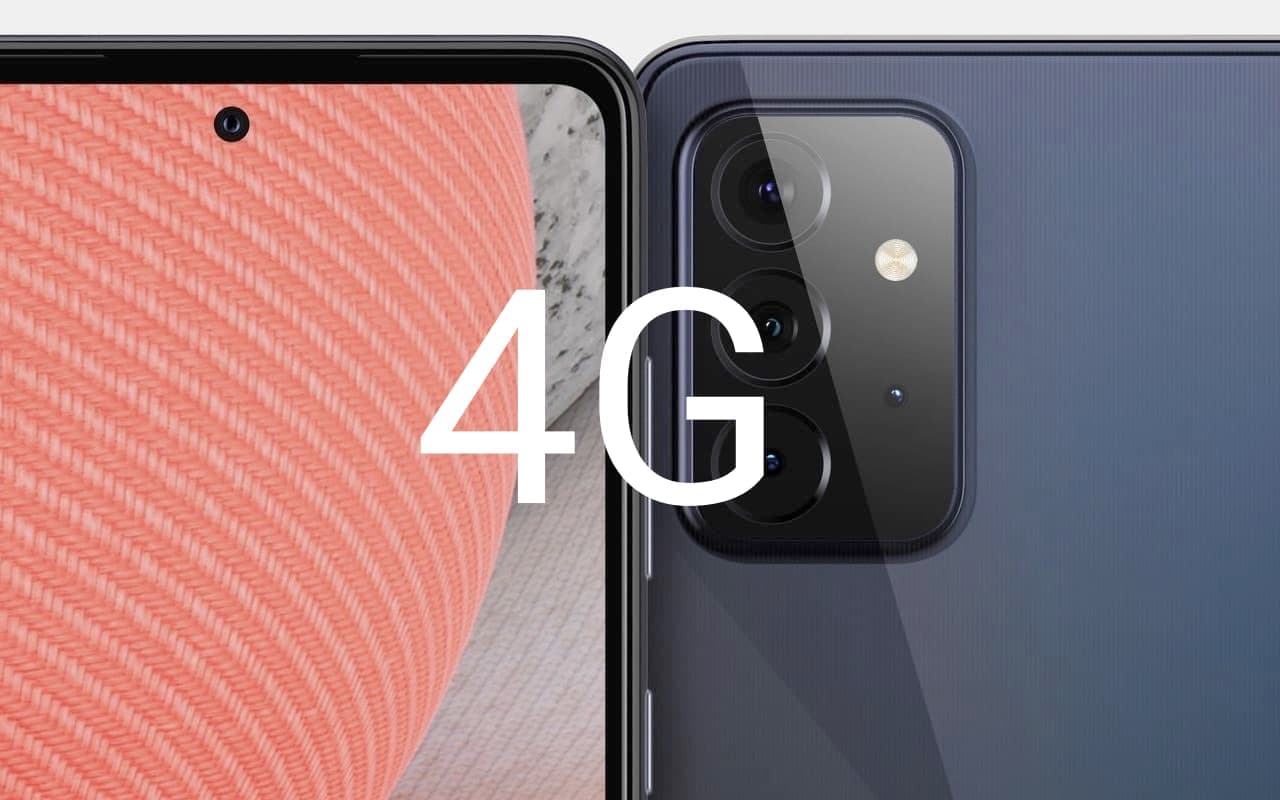 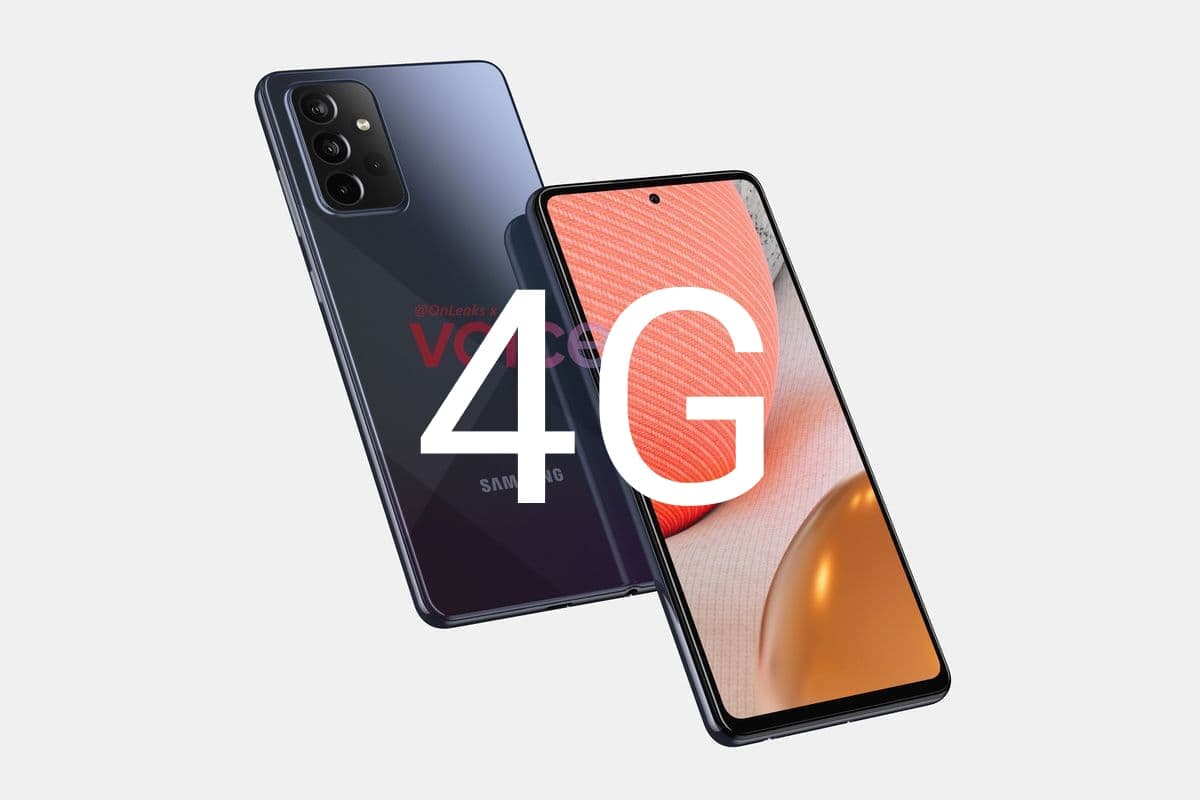 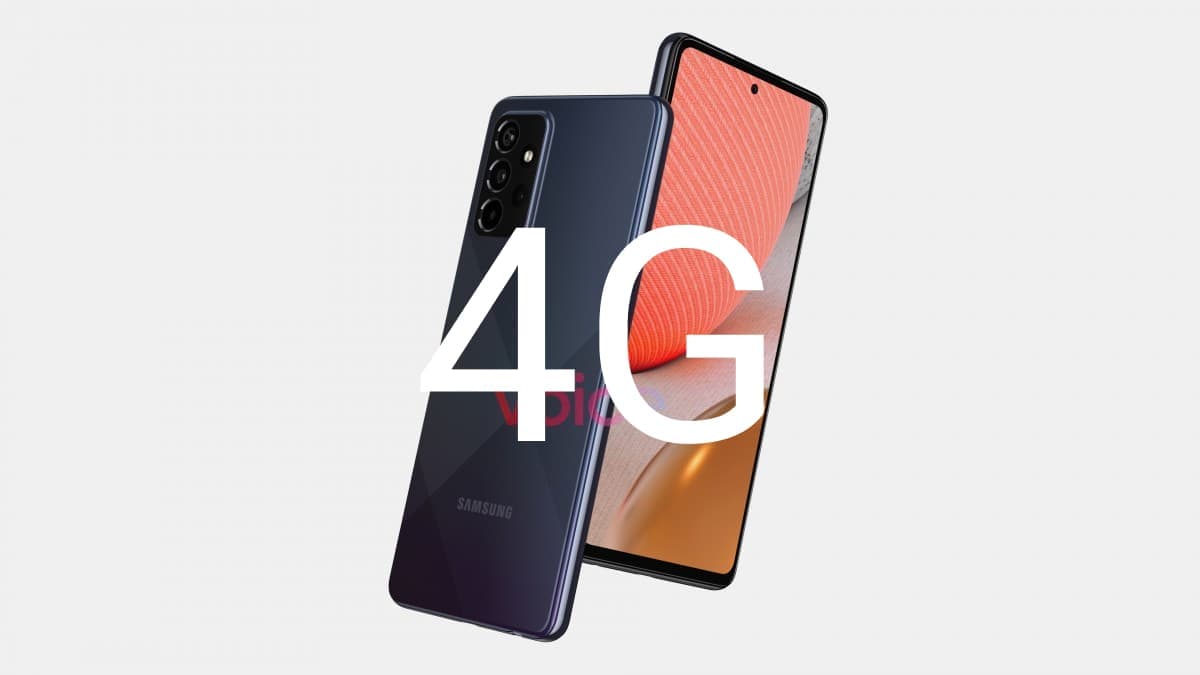 [EN] 2021 Galaxy A Official Launch Film: NEW Awesome is for everyone | Samsung

Samsung held a presentation this week to announce the new youth smartphones. The Galaxy A series has expanded with three more new models: A52 4G, A52 5G and A72 4G. All new devices received an updated body design in the style of the flagship S21 smartphones. In addition, smartphones received IP67 protection against water and dust. The technical specifications are also improved: screens with a frequency of 90 or 120 Hz, new Snapdragon 720G or Snapdragon 750G 5G processors, 8 GB of RAM and 256 GB of internal memory, quad cameras with optical stabilization, a capacious 4500 or 5000 mAh battery. The only drawback is the plastic case.

In January 2021, according to rumors, Samsung will update the Samsung Galaxy A series with new 5G smartphones: A72, A52 and A32

All models will run Android 11. The Galaxy A72 will be available in two versions: the 4G version for € 450-500 and the 5G version for € 550-600. According to rumors, the Galaxy A72 will receive a main camera with four modules (64 megapixel maximum module) and a Snapdragon 720G processor. The Galaxy A52 smartphone will also be in two versions, but the prices are not yet known. The Galaxy A52 will also receive a Snapdragon 750G and 6GB of RAM, leaked from Geekbench benchmarks. And the youngest model Samsung Galaxy A32 will receive a MediaTek Dimensity 720 processor, according to Geekbench. The main camera of this model will also have four modules (48 MP main module). The price of the Galaxy A32 5G is not yet known. We await the official announcement to give you a full list of the characteristics of these new Samsung smartphones in 2021.