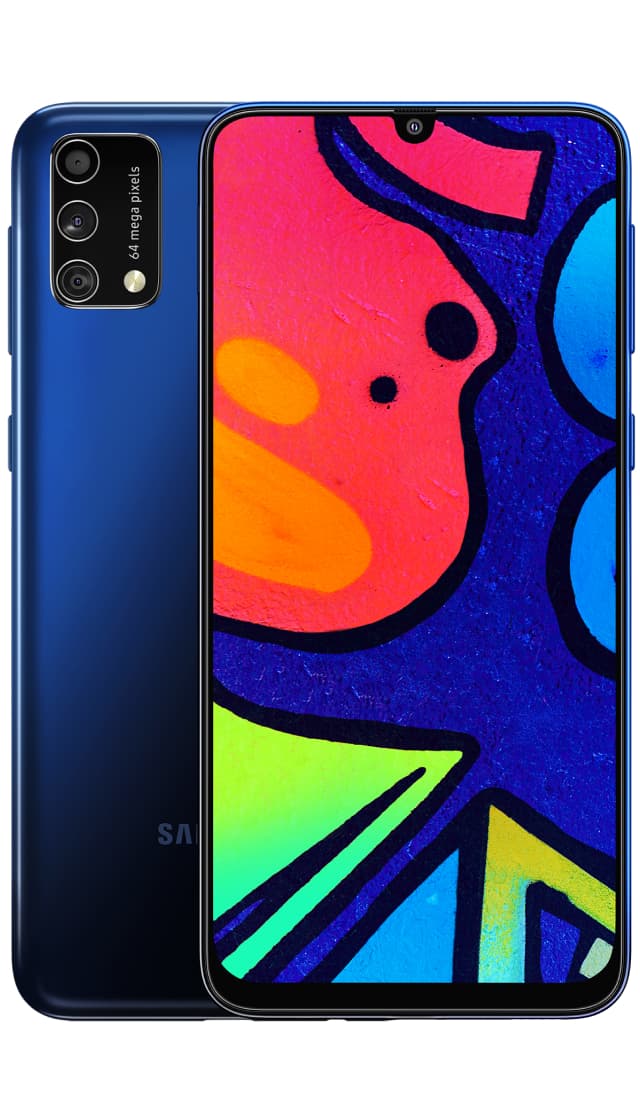 This is a smartphone on Android 10 with a very fast and productive processor, with a huge touchscreen size, with a very cool camera that has 3 modules (64 MP Wide, 8 MP UltraWide, 5 MP Depth sensor), and the front camera here turned out to be very high quality, which can make beautiful selfies. And Samsung Galaxy F41 has such features: a slot for two SIM cards, cut-out notch above the screen (so that a selfie camera, speakers and additional sensors are placed there).

In addition the Samsung Galaxy F41 — is a smartphone for 2 SIM cards, which is ideal if you use the services of several mobile operators. But this model has one weak point — it does not support 5G networks, which can significantly increase the speed of receiving and sending data to the network. If such a requirement for a smartphone is relevant for you today, then we have collected in the catalog all smartphones with support for 5G networks at any price and from different manufacturers.

The larger the screen, the larger the case. But in addition to the width and height of the hull, its thickness is important. At Samsung Galaxy F41 the thickness of the case is 8.9 mm, which turns out to be very thick. Today, there are many smartphones with a slim body. In addition, the screen area in relation to the body area affects the positive feeling of the phone in the hands. This model has a screen area of 80% to 90% of the body area (watch all smartphones with a screen from edge to edge). And one more thing, the screen area is increased thanks to the upper cutout above it, while the body area remains unchanged. Samsung Galaxy F41 received a drop notch above the screen for a selfie camera and multiple sensors. Check out detailed photos of this smartphone for a better understanding of how it looks in real life.

The battery and the operating time also depend on the screen size. At Samsung Galaxy F41 installed battery for 6 000 mAh, which is very, very good, this battery will last for a long time.

An excellent camera with multiple lenses (64 MP Wide + 8 MP UltraWide + 5 MP Depth sensor) was received by Samsung Galaxy F41. And now you can definitely stand out with your photos among your friends. At least, thanks to the fact that two or more cameras will help you shoot excellent portraits with the Bokeh effect, and take photos with zooming, without much loss in image quality. And on the front of the smartphone we see a camera with one lens: 32 MP Wide. This is a very good camera to take selfie. You will want to do them all the time and publish to the Instagram :)

Smartphone received 8-core processor Exynos 9611. If you want to assess the speed of the smartphone and its performance, then do not forget to see how much RAM is installed in it. Samsung Galaxy F41 received 6 GB of RAM.

And there are options with built-in memory. You can choose 64 GB or 128 GB. Supported memory cards microSDXC.

Price for Samsung Galaxy F41: buy or not to buy?

In October 2020 begin sales of a new smartphone Samsung Galaxy F41. The manufacturer said the price of $200 without taxes and fees. And what we get for this money, let′s summarize all the main characteristics. The smartphone has a huge touch screen, a very cool main camera, a very high quality front camera, a super capacious battery and a cherry on the cake is a powerful processor.

As a result, in 2020 this was a good smartphone in terms of price-performance ratio, and now we advise you to see other smartphones from the same price segment “Below average smartphones from $200 to $300” or go to DROID smartphones page, where we always keep the current (Android OS) models of smartphones on sale. And before buying, we always advise you to go to an offline electronics store to hold the smartphone in your hands and be sure that you like it. Why do we advise so? Because creating this catalog of smartphones and filling it with photos of models, we are very well aware of the differences between beautiful selling photos from real smartphones, which then the buyers hold in their hands. 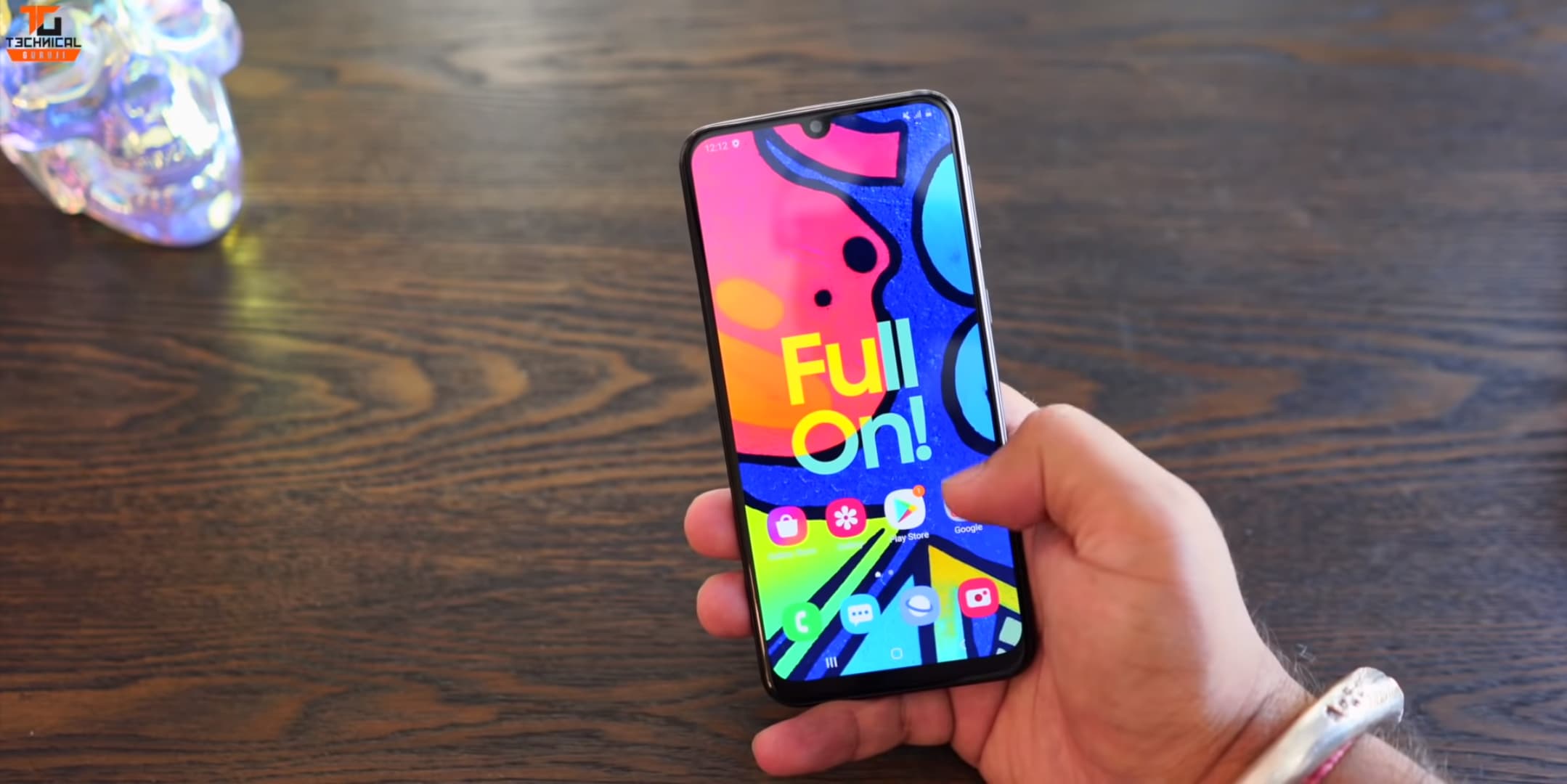 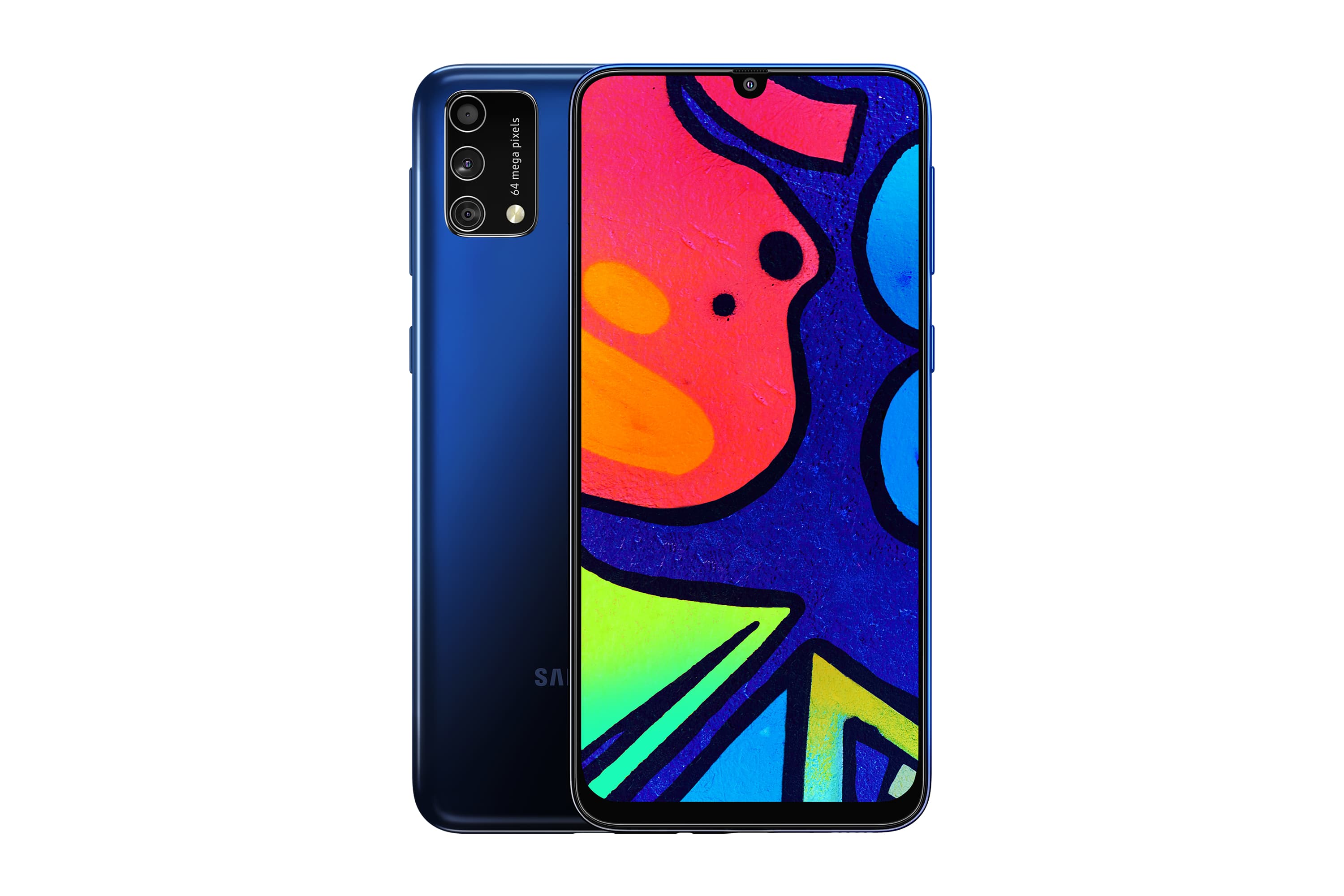 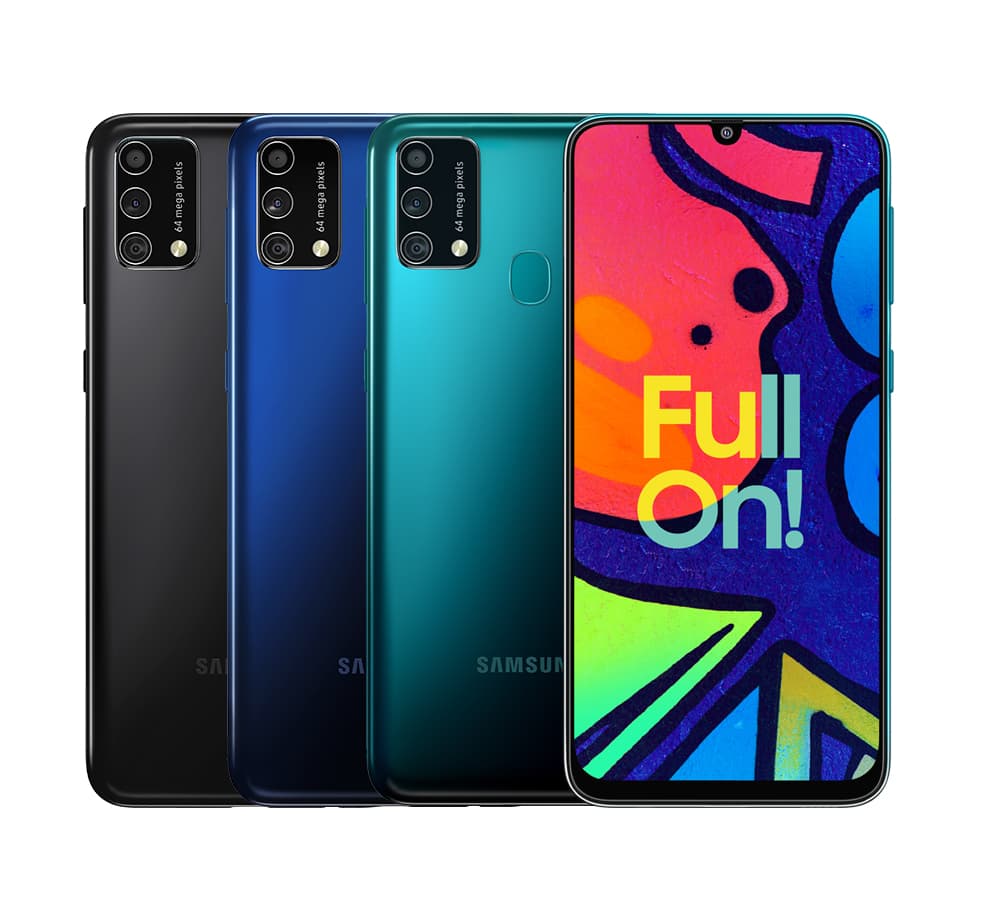 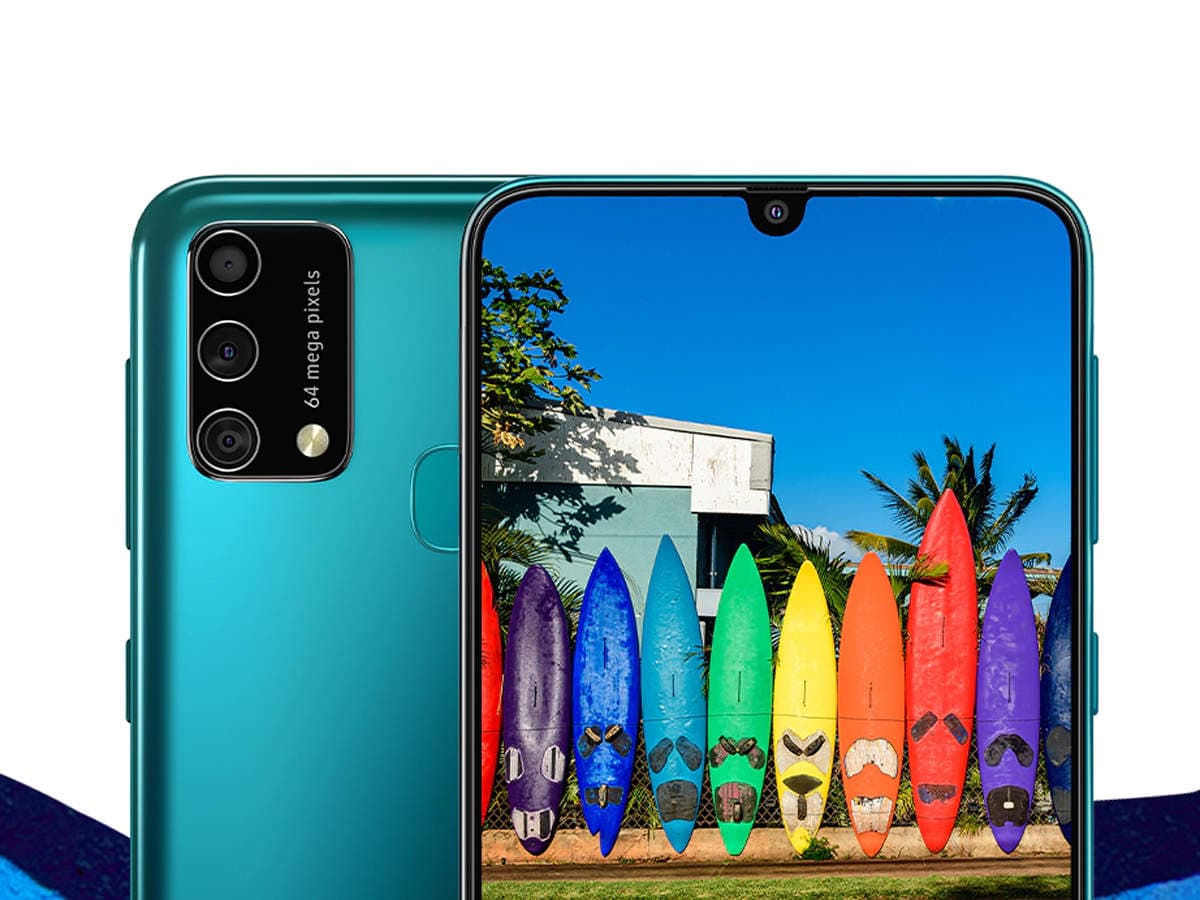 [EN] Samsung Galaxy M31s vs Moto One Fusion Plus Full Comparison - Is Moto still the best under Rs 20K?

Samsung has begun rolling out a software update for its Samsung Galaxy F41 smartphone. The firmware contains various improvements and bug fixes, security patches and the new Android 11. If you use this smartphone, we recommend that you go to Settings and check for an update.

Details about this update:

After the update, share in the comments your impressions of Android 11. It would be interesting to know how the update went and if there were any errors after it.

In this article you will find a complete list of smartphones for which the update to Android 11 is ready. If you find your device in the list, click on the link and go to the product page to find out all the details about this update (build number, size in gigabytes, region availability).