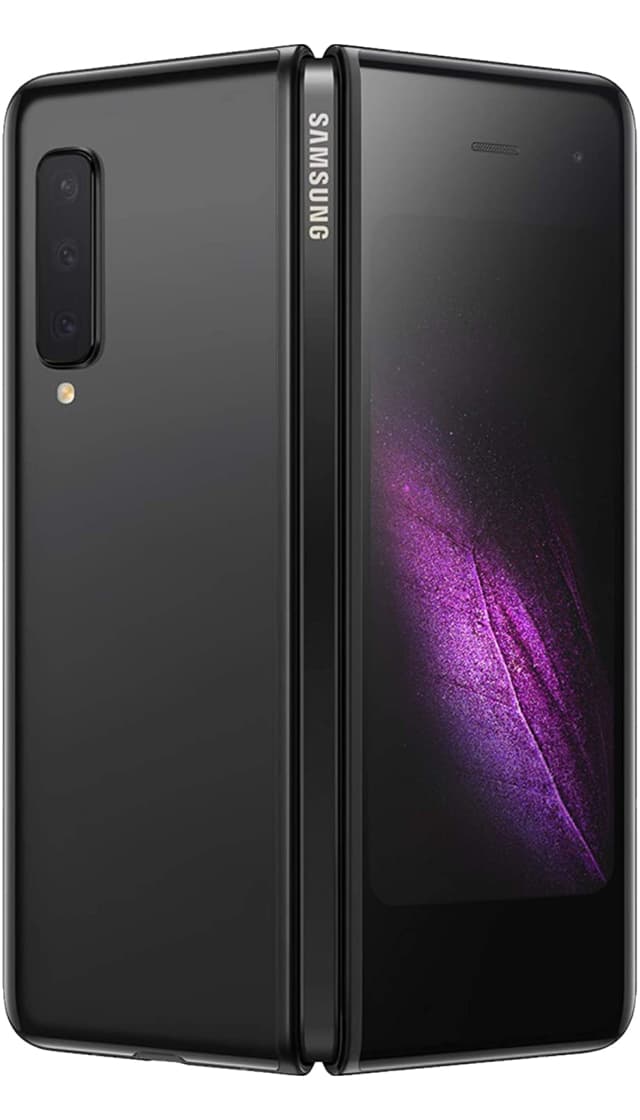 This is a smartphone on Android 9 Pie with a very fast and productive processor, with a huge touchscreen size, with a great camera that has 3 modules (12 MP Wide, 12 MP Telephoto, 16 MP UltraWide), and this smartphone also has a very cool front camera, which has 2 modules (10 MP Wide, 8 MP Wide). The body of Samsung Galaxy Fold 5G has received a non-standard form factor: folder (flip phone) with a flexible touch screen. This type of case began to be popular in 2019-2020, this became possible primarily due to the technologies, and, of course, marketers had to justify the inflated expectations of customers for new products. And Samsung Galaxy Fold 5G has such features: additional small screen with a diagonal 4.6" Super AMOLED, folding screen (so that the phone body can be folded), cut-out notch above the screen (so that a selfie camera, speakers and additional sensors are placed there).

In the short description of the new smartphone Samsung Galaxy Fold 5G we point out the key characteristics for each smartphone. Firstly, it is an actuality in the market. This model was announced by the company Samsung in February 2019. Secondly, this concept of adequacy in the market at the moment. We determine this according to the software version on which the smartphone is running and updating. So, “out of the box” Samsung Galaxy Fold 5G works on Android 9 Pie and updated to Android 10. And this is very good, we advise you to pay attention to this smartphone and to study its characteristics in more detail.

Of the features that not all Android smartphones have today, we separately single out support for two SIM cards and the ability to work in 5G networks with a maximum speed of 100 Mb/s. And we are very, very sorry, but Samsung Galaxy Fold 5G does not support two SIM cards, so this smartphone has one minus more than other similar ones smartphones with support for two SIM cards. In addition, this model works in the fifth generation networks (5G), and this means that the speed of mobile Internet will be as high as home Wi-Fi (maximum 100 Mb/s). And there is another plus — the smartphone’s battery will be slower to use up the charge and your phone will work longer until the next charge. We have collected all smartphones with support for 5G networks on a specific page in the catalog, so that it is more convenient for you to choose and search for a new smartphone.

Please note that the body of the smartphone has a flip-shape form. Yes, we were not mistaken. Samsung Galaxy Fold 5G is really a flip smartphone on Android. This feature of the body affects many other parameters of this model. Here is a list of the most important:

We advise you to immediately watch the video reviews and photos from real life of this smartphone. All promotional materials from the manufacturer will only show the pros of this flip smartphone. But with its high price, you need to find out both the pros and cons of this model before buying. Now let’s move on to describing other important characteristics in more detail.

Briefly describe the screen and the body of the smartphone. Samsung Galaxy Fold 5G received flexible Dynamic AMOLED-screen measuring 7.3 inches. And this is a phablete, not just a smartphone. And, even if you liked this model, it′s far from the fact that it will be convenient for you to use it. Therefore, we advise you to hold it in your hands before buying.

And now let’s move on to describing the dimensions of the case. The ratio of screen size to body size of Samsung Galaxy Fold 5G is very high, so the screen takes up almost all the space from edge to edge (but a little bit lacking to the parameters of a frameless smartphone). In addition, there is a small cutout above the screen, which houses a selfie camera. Such a cutout significantly increases the usable area of the smartphone screen and even distinguishes the body design from other models. The thickness of the smartphone Samsung Galaxy Fold 5G is 15.5 mm. This model, you can call “fat”, because today many smartphones with thinner cases are already being manufactured. And in such dimensions the engineers managed to put the battery on 4 235 mAh, and this is already the application for success and leadership in tests for the duration of the device from one battery charge.

The most important characteristics of Samsung Galaxy Fold 5G cameras: main camera received 12 MP Wide + 12 MP Telephoto + 16 MP UltraWide, front camera got 10 MP Wide + 8 MP Wide. See examples of photos and videos from this smartphone to visually assess their quality. And the most interesting thing is that the main camera on the back of the body has several lenses (triple camera smartphones). That can do 2x zoom without losing quality. And with the help of at least two lenses, you can shoot portraits with the bokeh effect, this is when the background is blurred and the photo appears like depth.

So, in Samsung Galaxy Fold 5G is installed 8-core processor on the chipset Snapdragon 855. As for RAM, the memory module is used here 12 GB.

You can store your photos, videos, music and applications only on the built-in smartphone memory, because the support for memory cards is not implemented here. You are only available 512 GB built-in memory, so you need to be more careful about what you store on the device.

Price for Samsung Galaxy Fold 5G: buy or not to buy?

Life is fleeting, and the life of a smartphone on the mobile market in general can be compared with the life of a butterfly. And all because the producers of android-smartphones do not always want to support their devices and prefer to release a new model in six months. Therefore, our task is to help you choose the actual smartphone today, which is being sold and will be still relevant for at least the next six months. If Samsung Galaxy Fold 5G you find among DROID smartphones in our catalog, you can safely buy it now, and if you do not find it, then its better already do not buy.

Buy Samsung Galaxy Fold 5G you can in any store (or on the Internet, or in the electronics supermarket), we just advise you to see live on the smartphone and hold it in your hands before buying. 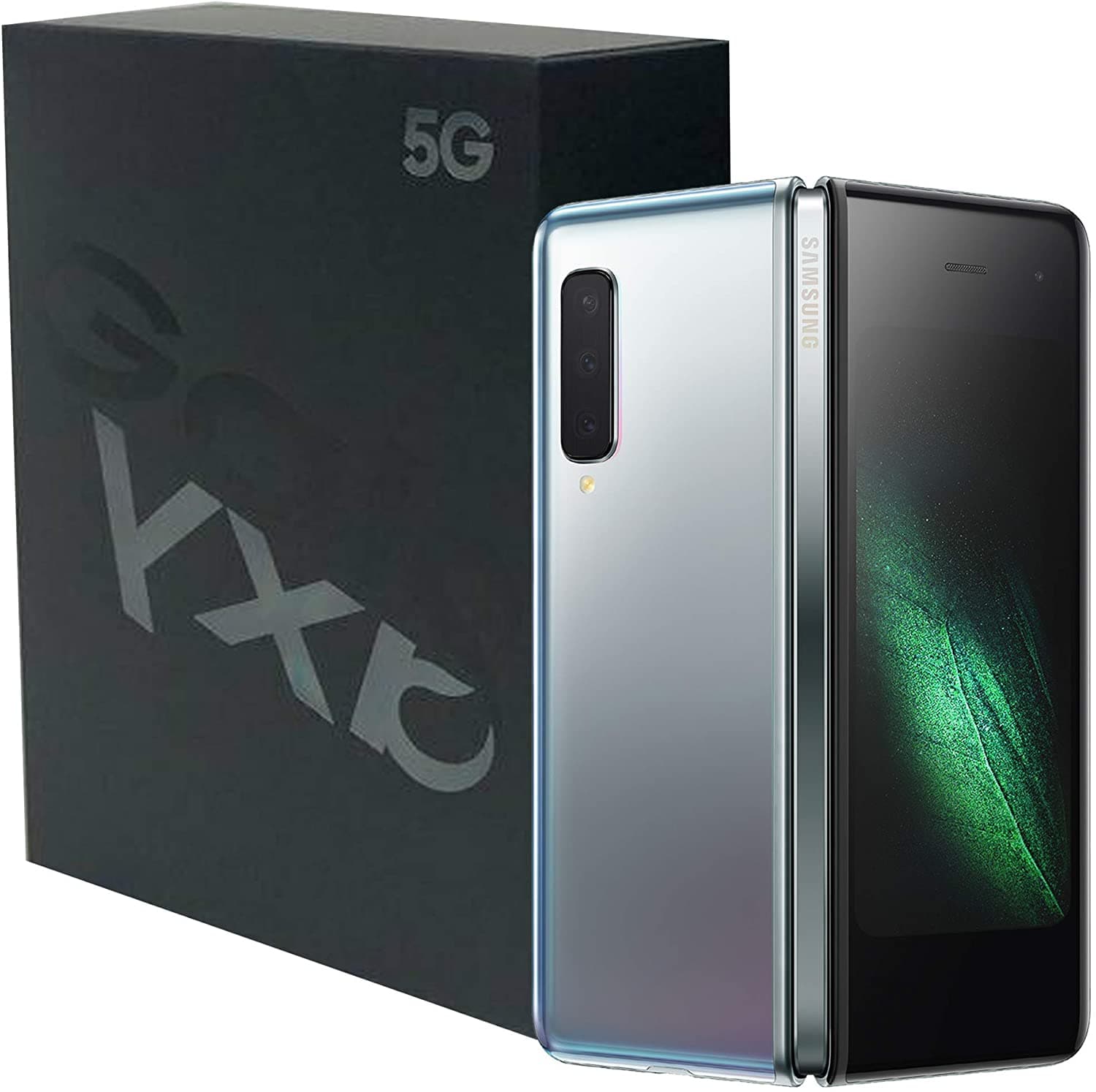 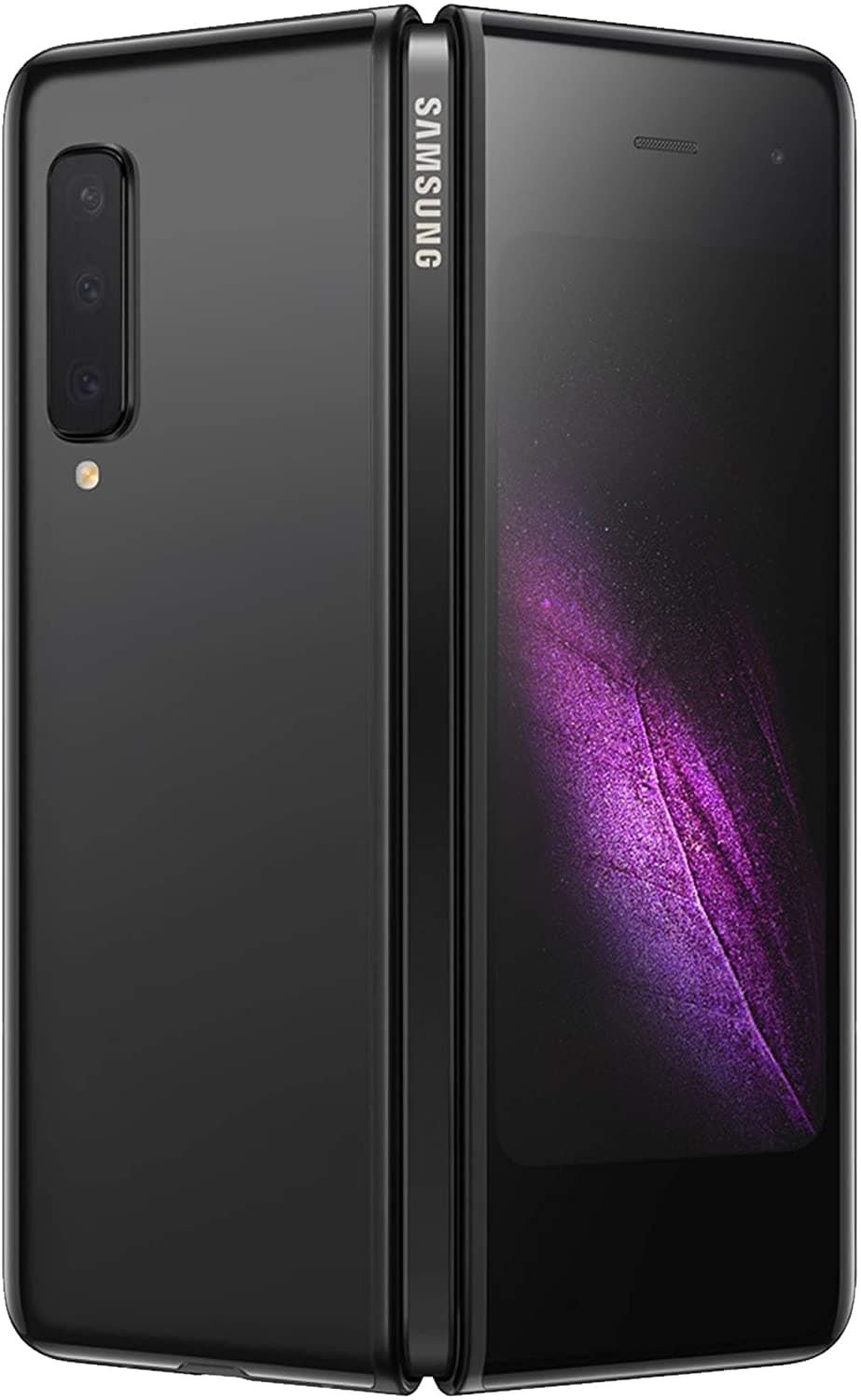 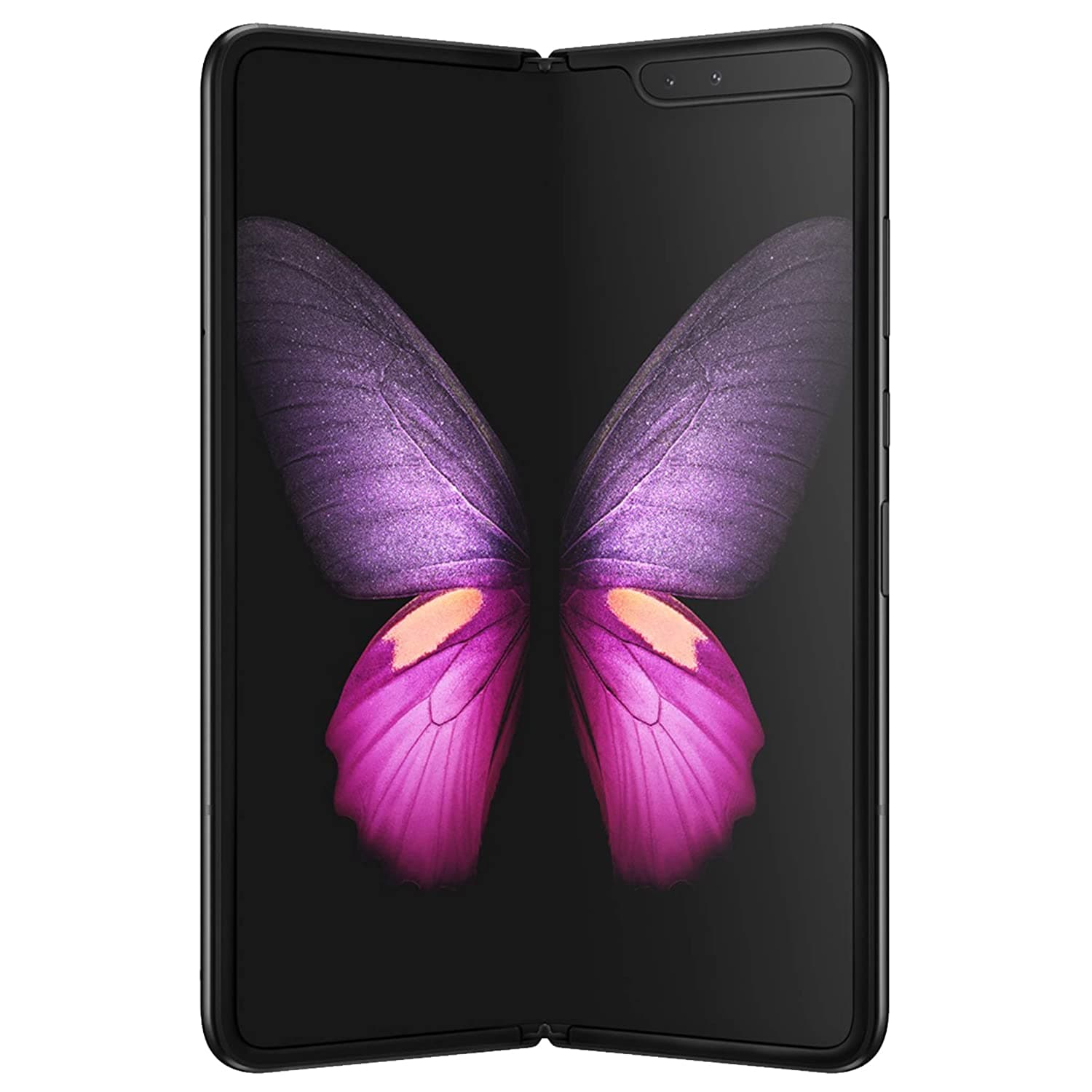 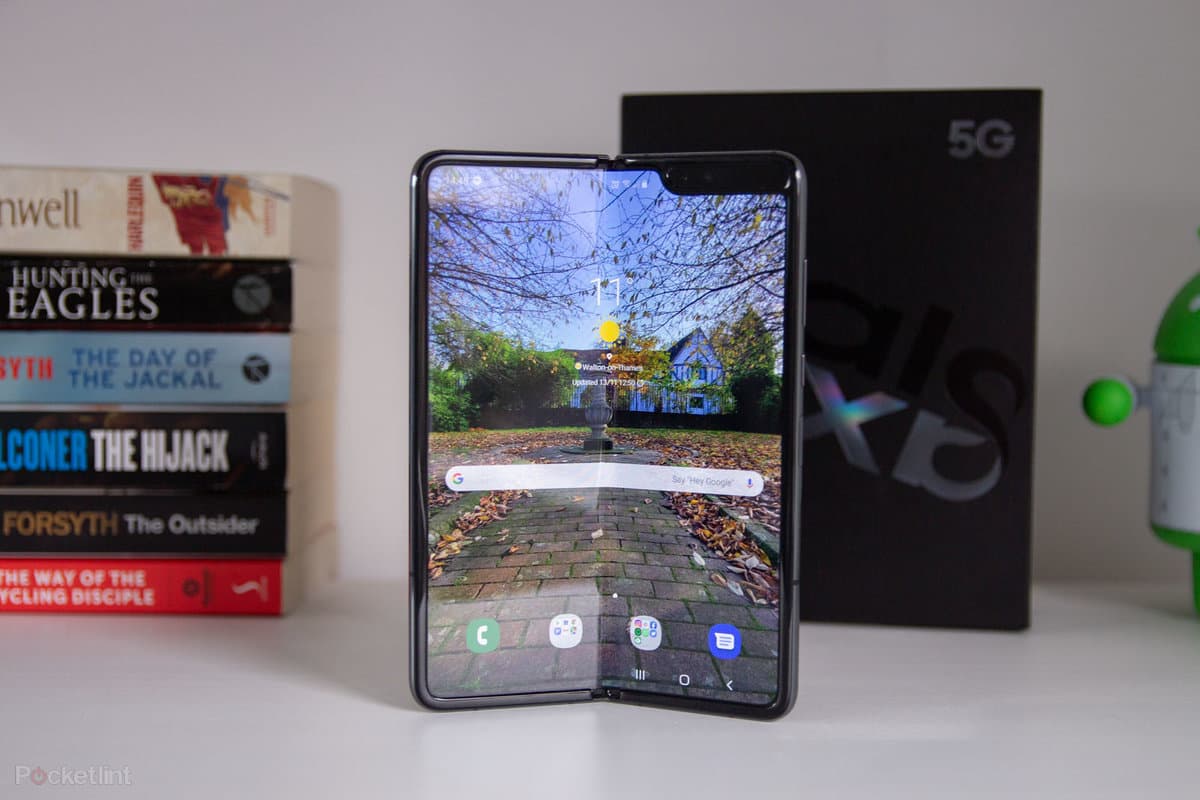 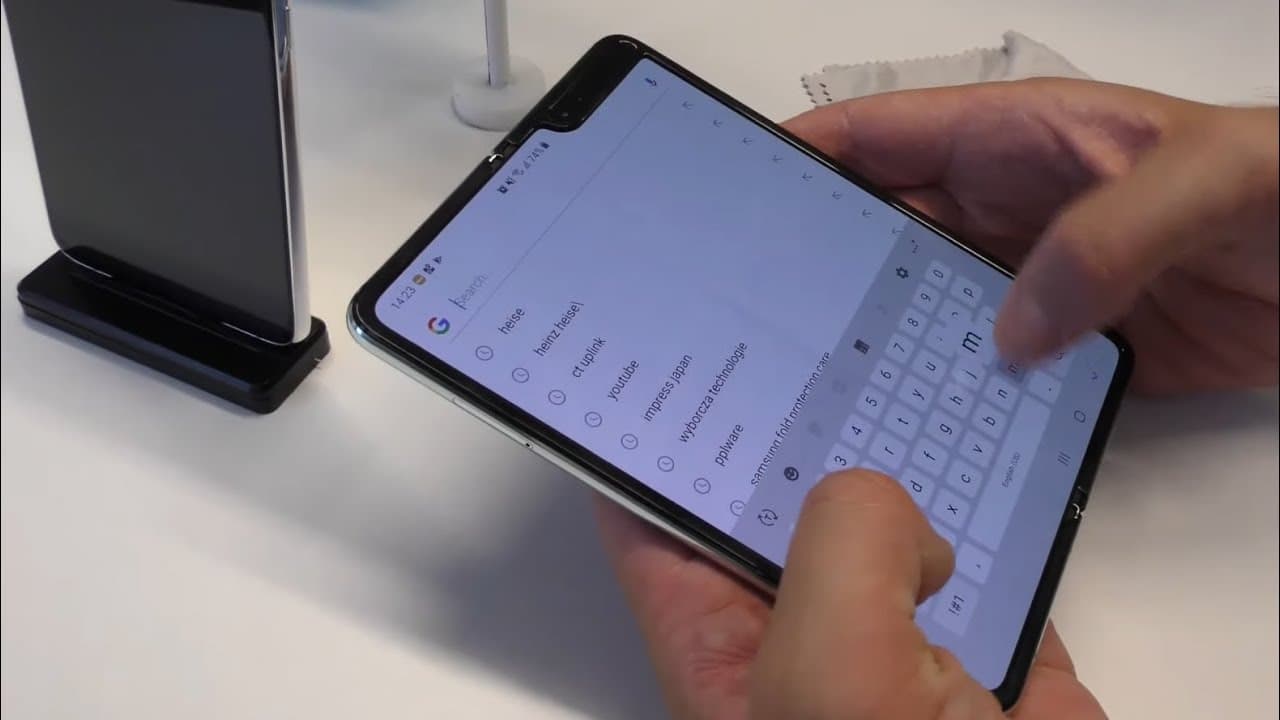 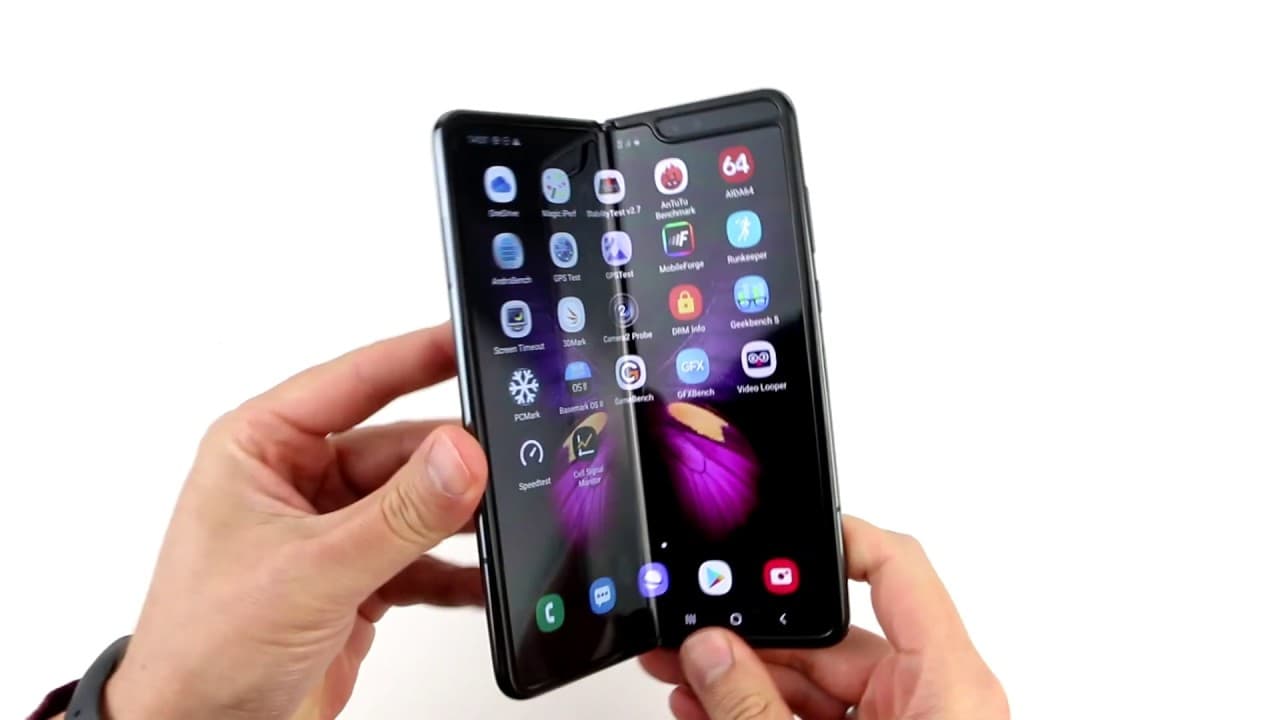 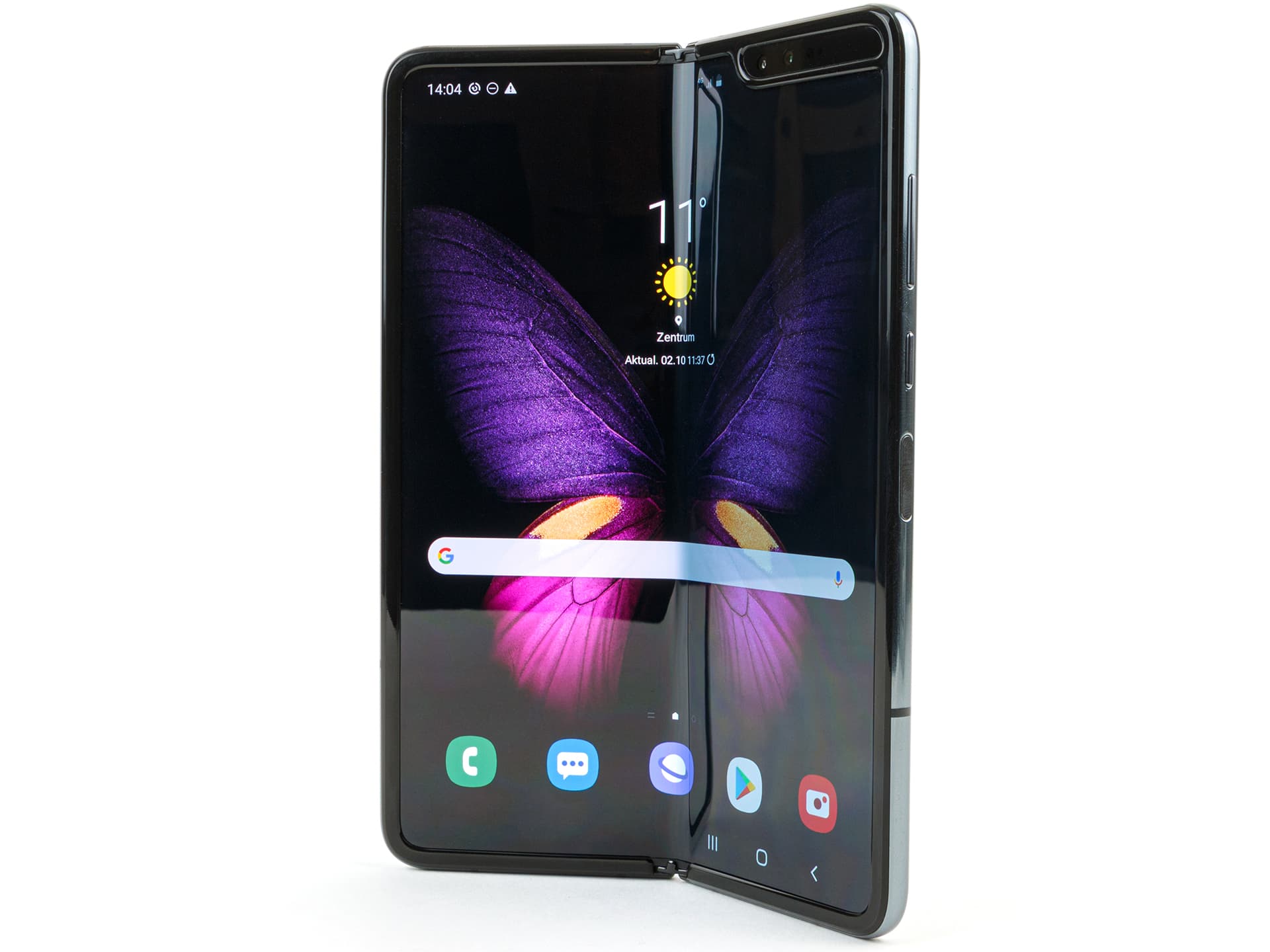 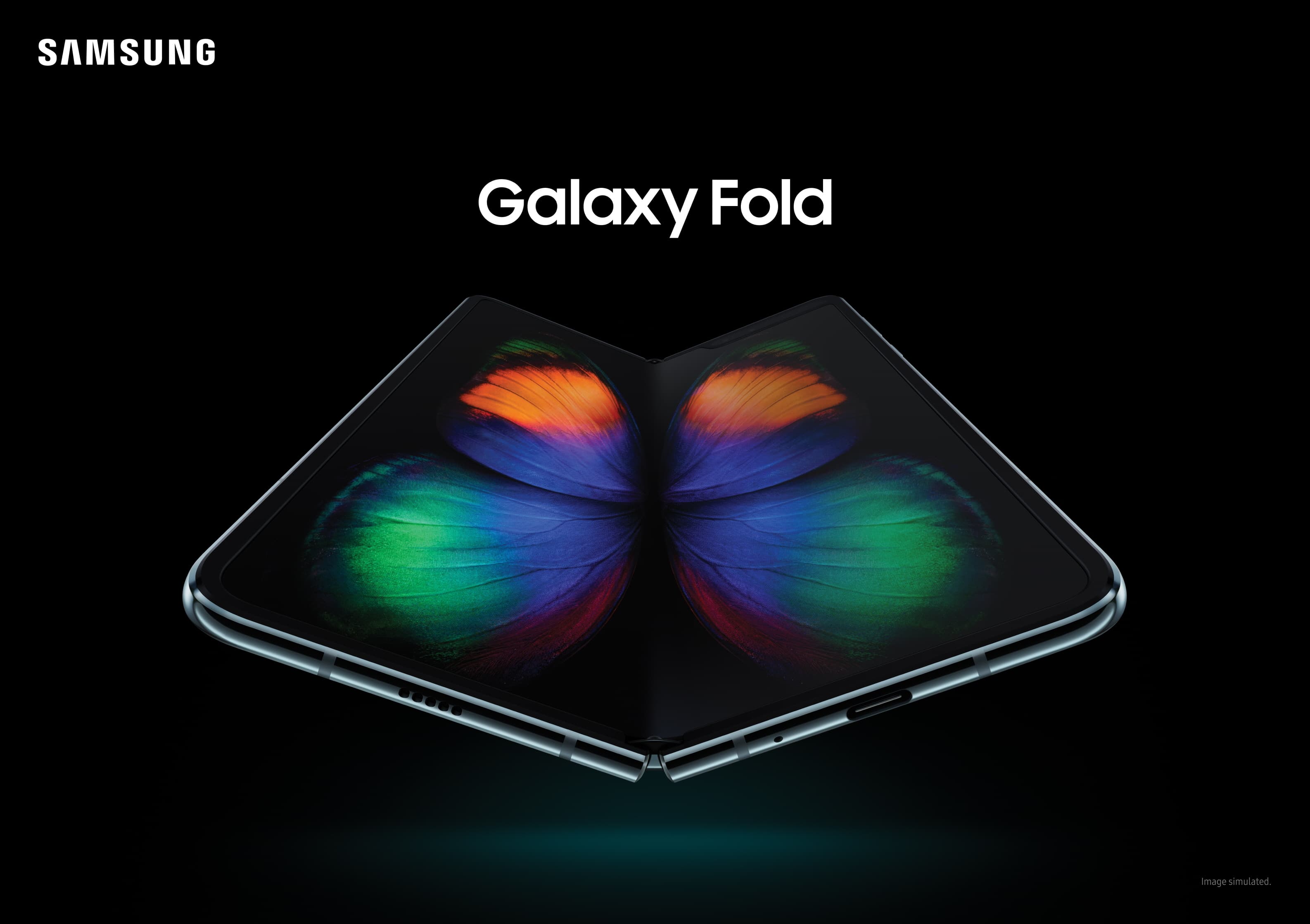 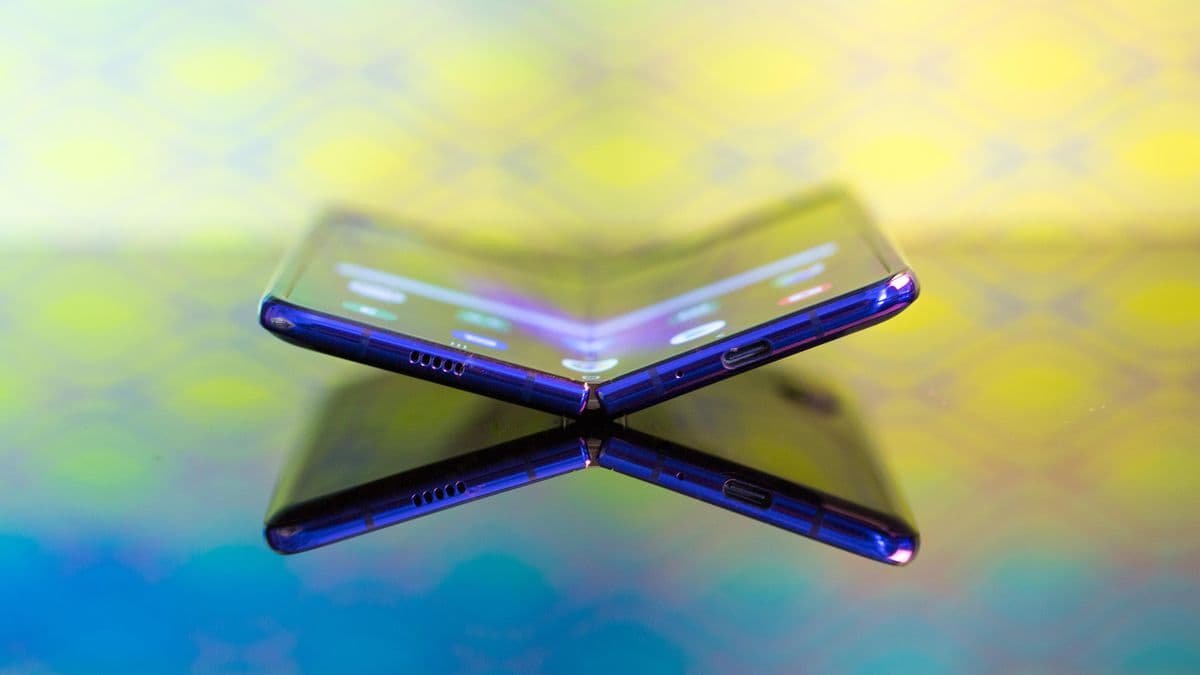 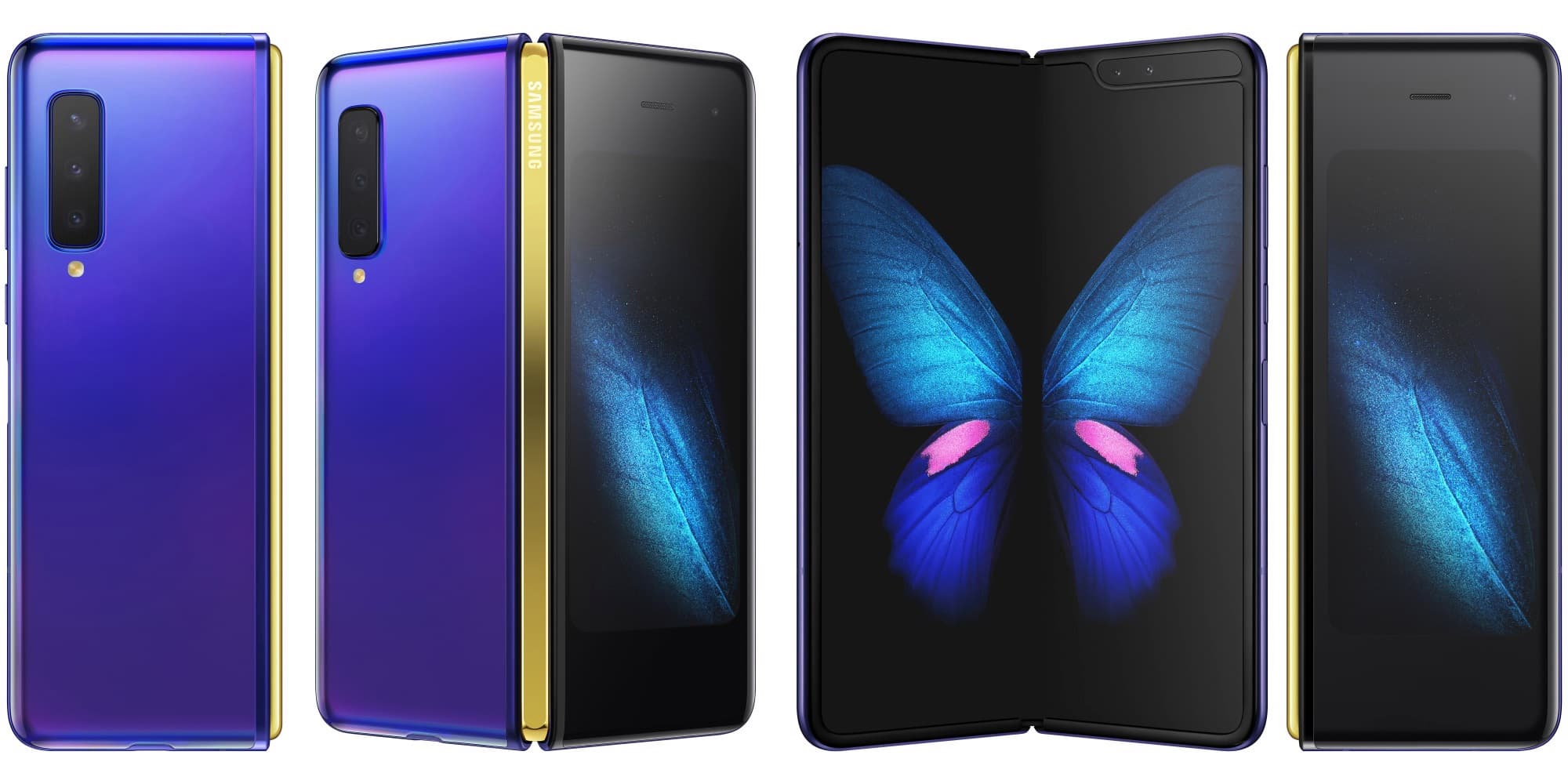 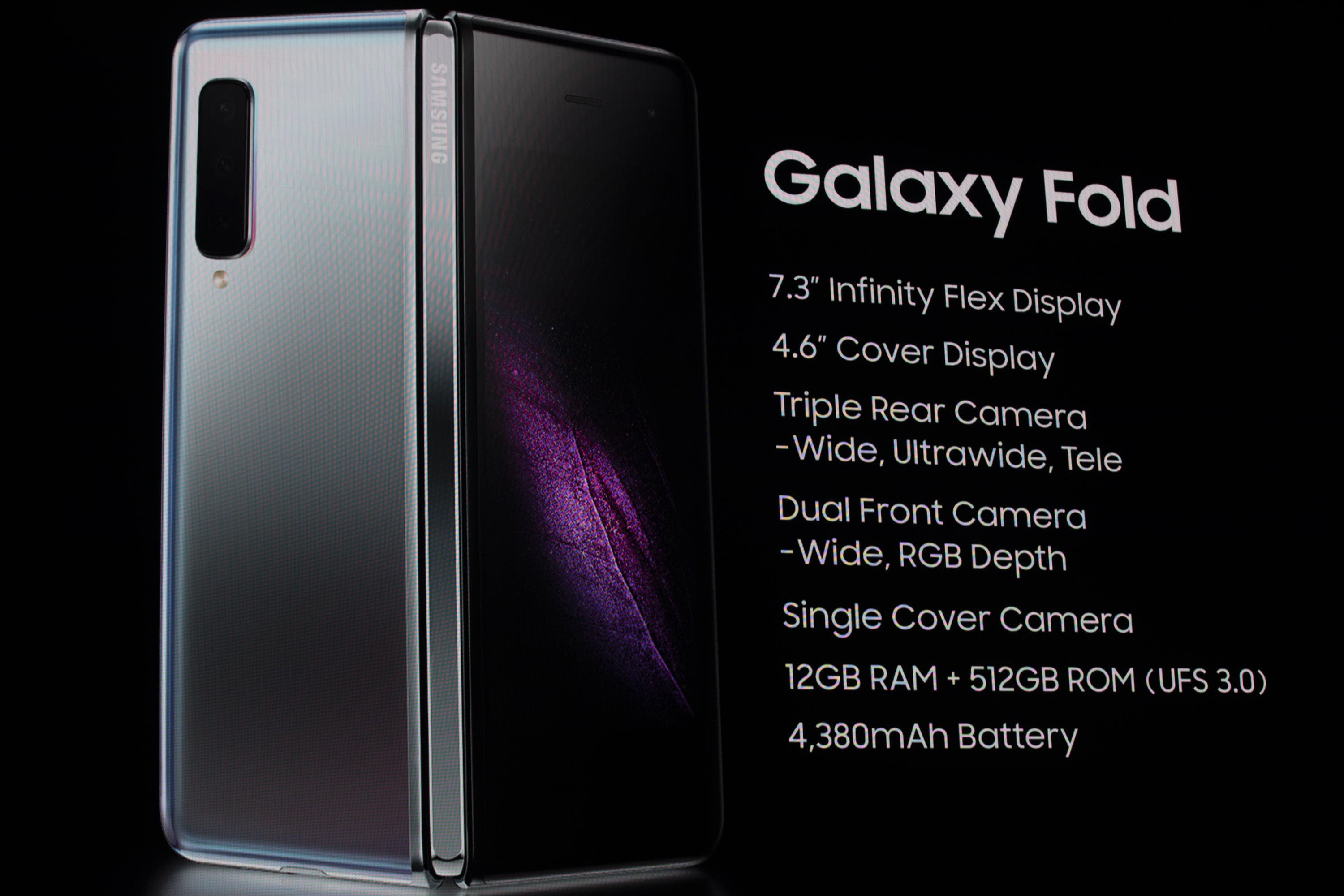 [EN] Unboxing the fixed Galaxy Fold you can actually buy