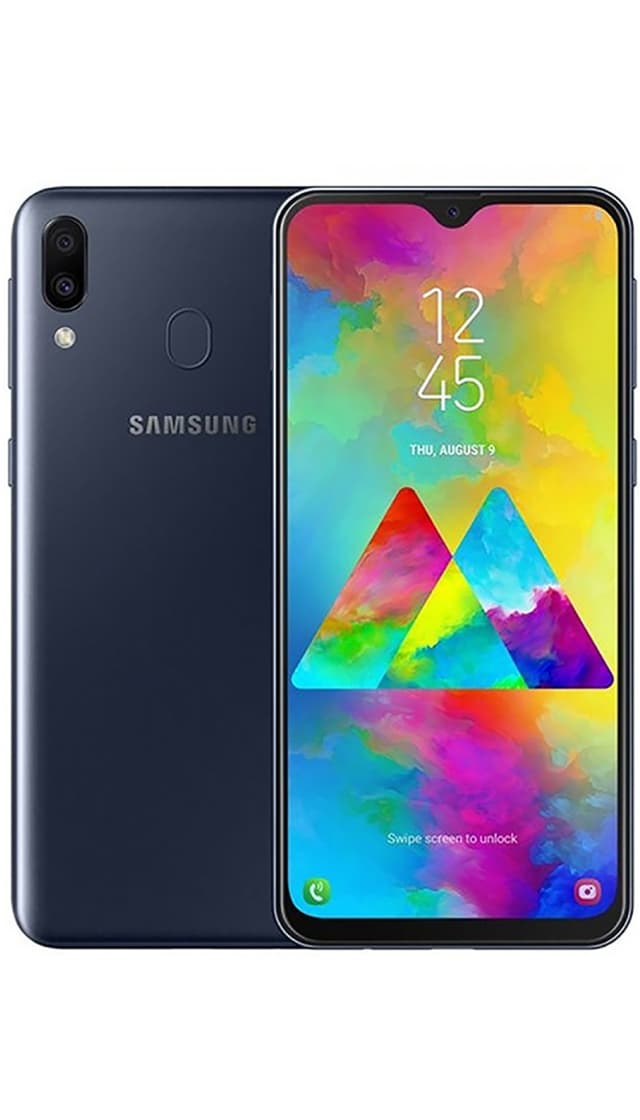 This is a smartphone on Android 8.1 Oreo with a very fast and productive processor, with a huge touchscreen size, with a great camera that has 2 modules (13 MP, 5 MP UltraWide), and the front camera here turned out to be absolutely ordinary. And Samsung Galaxy M20 has such features: a slot for two SIM cards, cut-out notch above the screen (so that a selfie camera, speakers and additional sensors are placed there).

Samsung Galaxy M20 was announced by the company Samsung in January 2019 and in the same year official sales began in stores. The device was placed in the series of smartphones Samsung Galaxy M. Samsung Galaxy M20 works on Android 8.1 Oreo and the manufacturer even took care of customers by releasing an update to the version 10. And before listing all the main characteristics of this model, it is important to note that in Samsung Galaxy M20 implemented support for working with two SIM cards.

And if you want to look at the competitors of this smartphone, then in our catalog on the page “Smartphones of the year 2019” all models of the same year are presented. And it will also be useful to look at the page with smartphones at a similar price, like Samsung Galaxy M20 — this is the price segment page “Affordable smartphones from $100 to $200”.

The battery in Samsung Galaxy M20 is installed on 5 000 mAh. It can be said that by today′s standards, such a volume is very good. Such models we refer to the segment of smartphones with powerful batteries, and we advise you to choose and buy them.

A few words about the cameras that have Samsung Galaxy M20. The main camera, located on the back, received several modules (dual camera smartphones): 13 MP with a regular lens + 5 MP UltraWide. And by the way, the camera’s multiple lenses are an interesting feature. What does it give you? Additional modules also take a picture during the «shutter release». And then the smartphone, using special algorithms, processes images from all cameras to optimize and improve the final photo. And with several cameras, you can shoot more interesting photos, for example, with the bokeh effect (this is when the subject in the foreground is in focus, and the background is blurred). The main camera we would rate her 4 out of 5.

The frontcamera is also in Samsung Galaxy M20. It is located in front of the screen and has one module: 8 MP Wide. These characteristics for qualitative selfies it will be not enough, therefore we advise to look others selfie smartphones in our catalog. This model does not really stand out in terms of body design (in the context of the front camera). Therefore, I would like to tell you that there are smartphones with pop-up front camera. How it works? The front camera is located inside the body and slides up only when you activate the front camera mode. You take a selfie photo or video, exit the «Camera» application and the camera panel begins to slide down into the body. Everything is simple and interesting enough.

After a lot of leaks, we now know all characteristics of the Samsung Galaxy M20. The smartphone received 8-core processor on the chipset Exynos 7904. RAM is built-in 3 GB and there is a version of 4 GB.

But the most interesting is the built-in memory of 32 GB and plus another option for 64 GB. Looking for memory cards? There is a special slot for card format microSDXC.

Price for Samsung Galaxy M20: buy or not to buy?

The smartphone Samsung Galaxy M20 got into our price segment “Affordable smartphones from $100 to $200” and began to be sold in February 2019 at a price of $130. Evaluation of the characteristics, probably, you have already folded, and if not, here is our result. Samsung Galaxy M20 is a very smart smartphone with a huge screen and a cool main camera, and the front camera did not turn out super cool. And to all this we add that the battery here deserves special attention, because it received a very powerful with increased capacity. 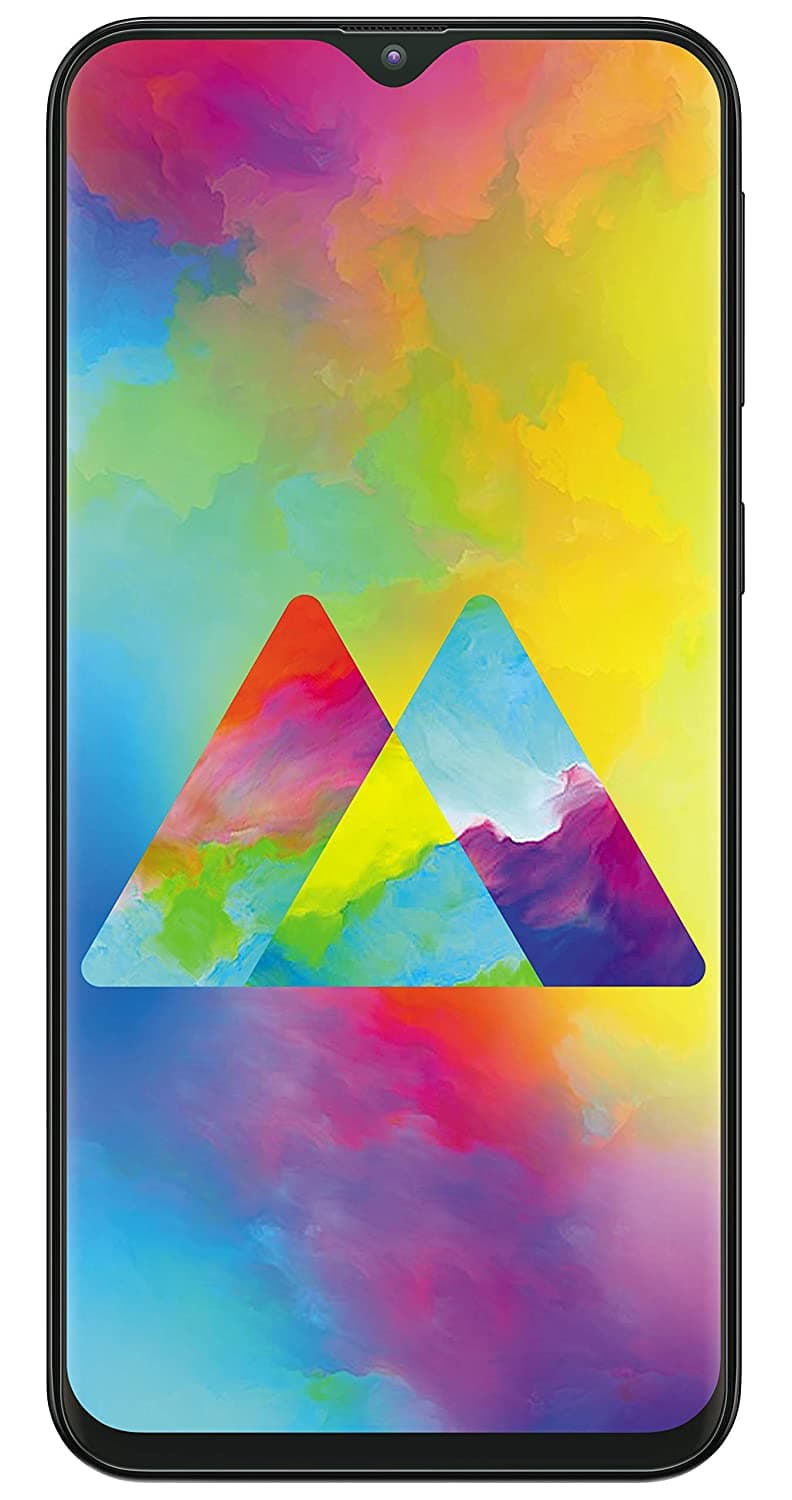 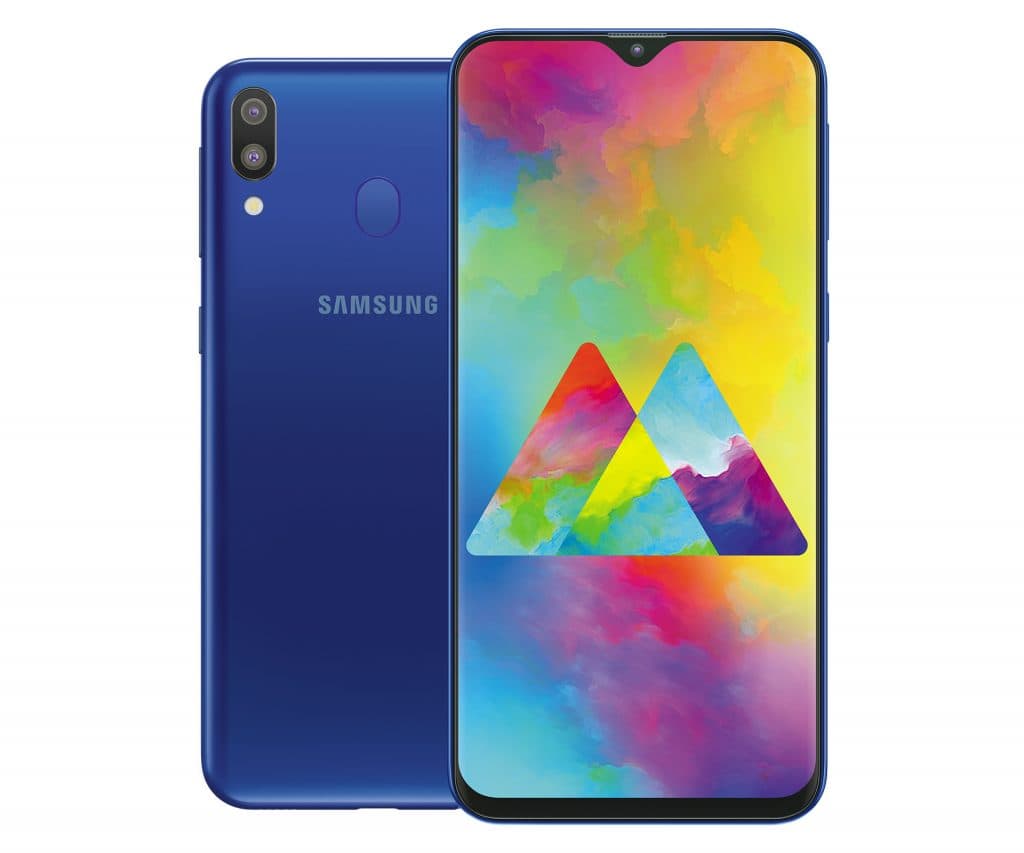 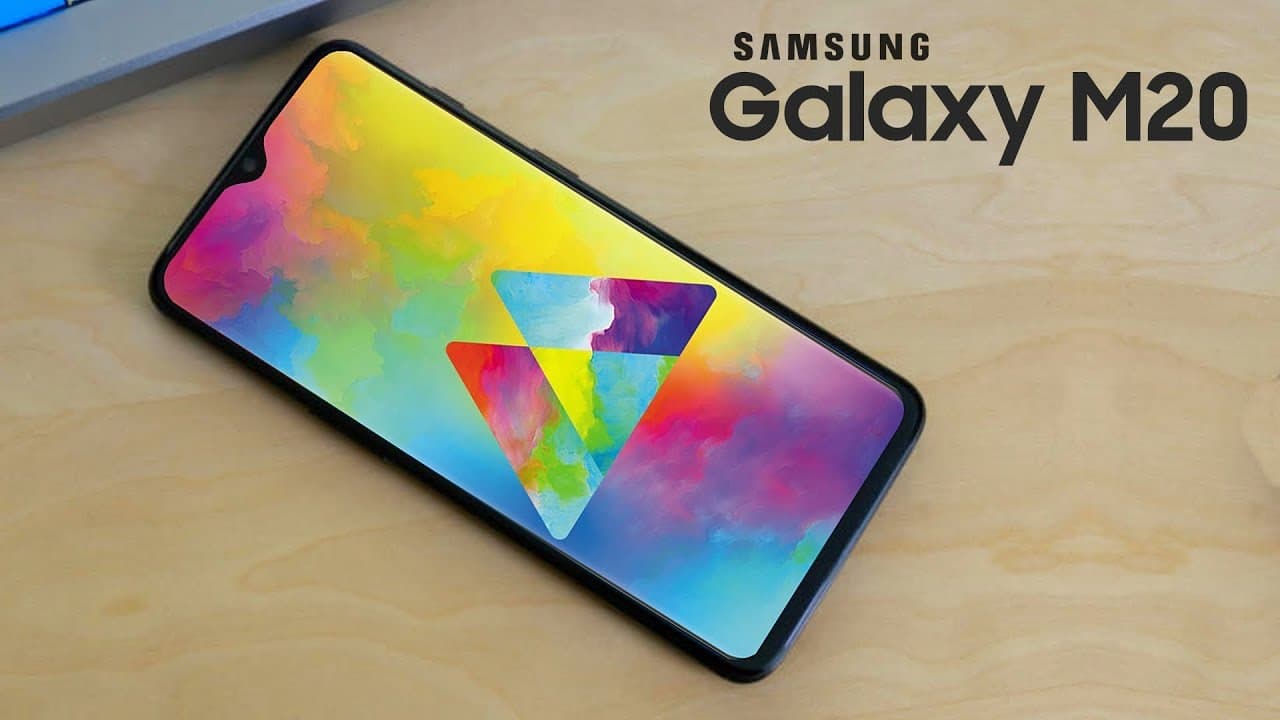 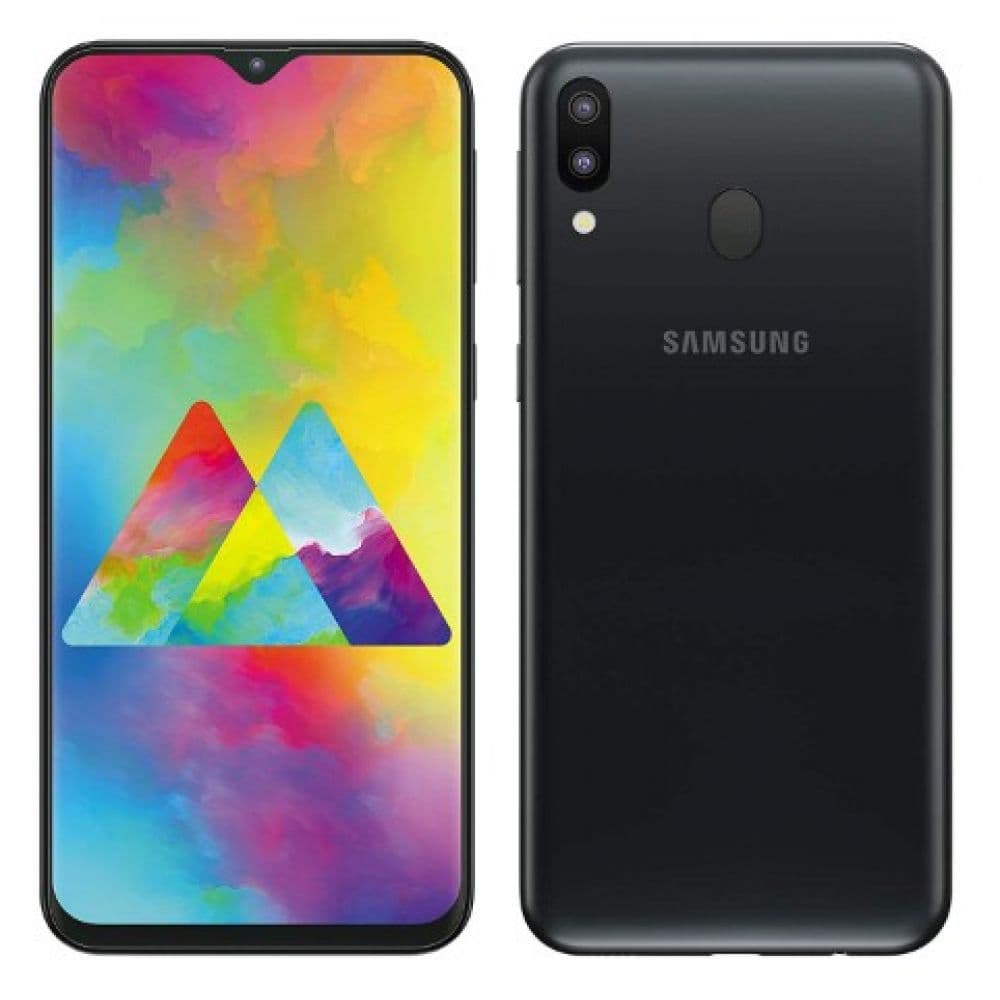 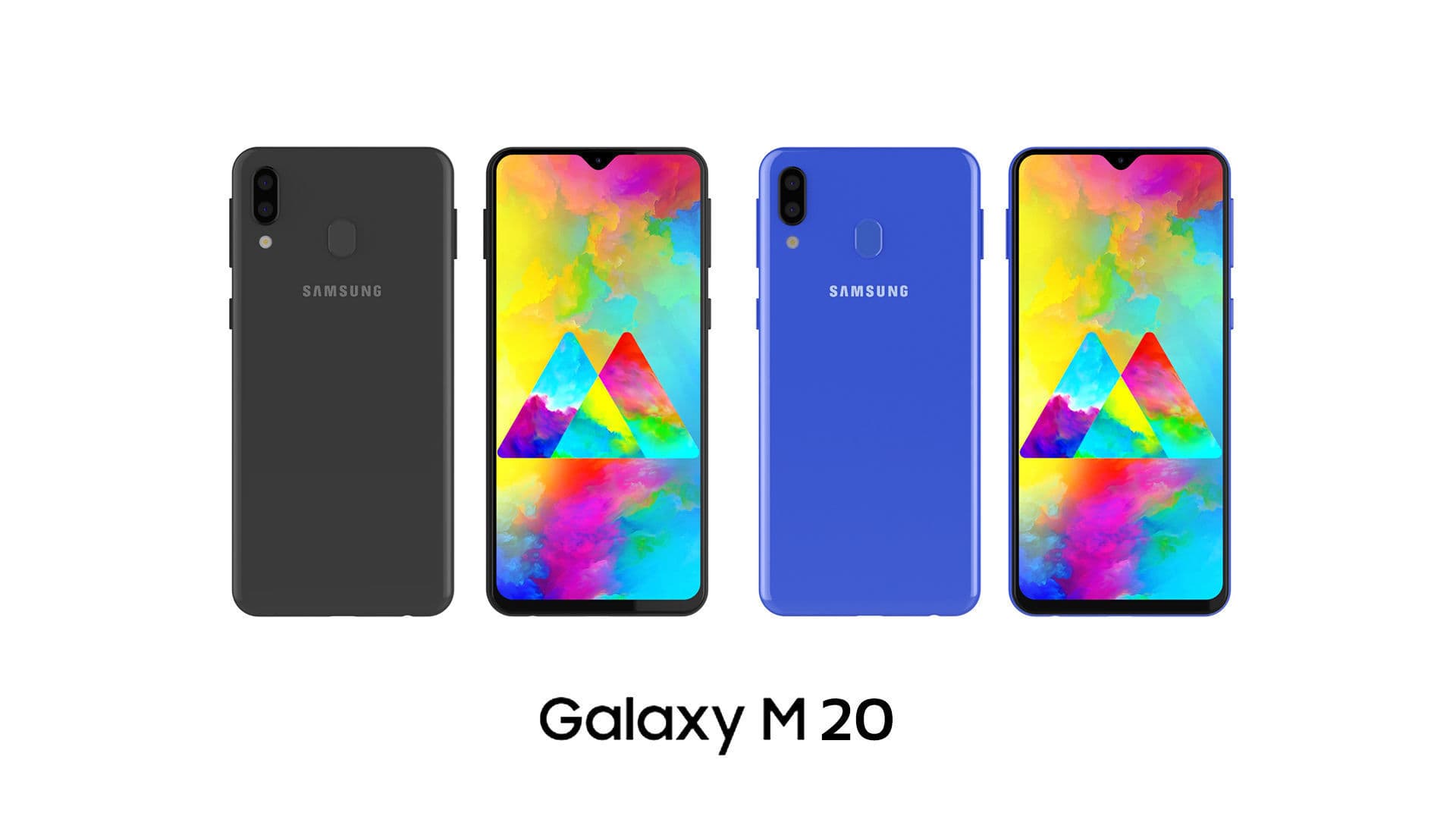 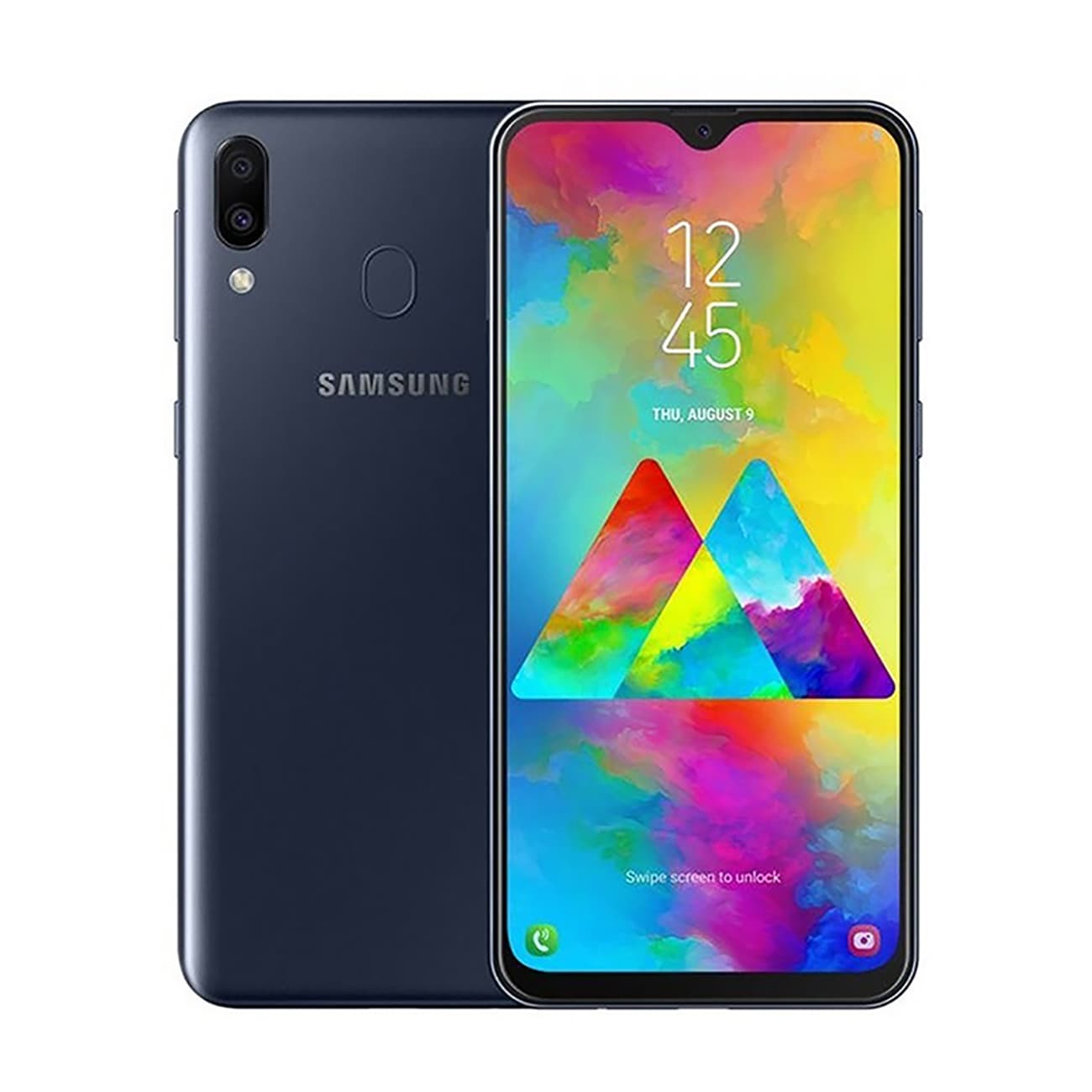 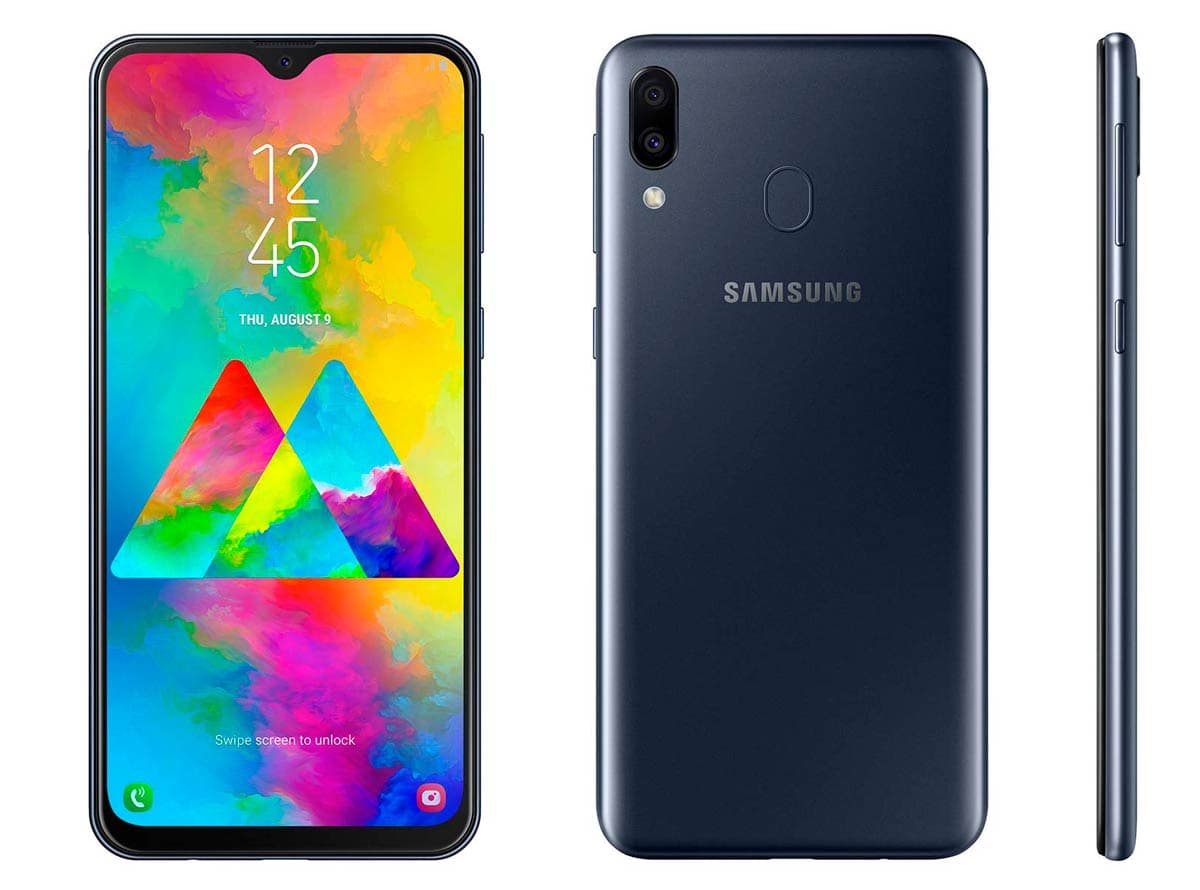