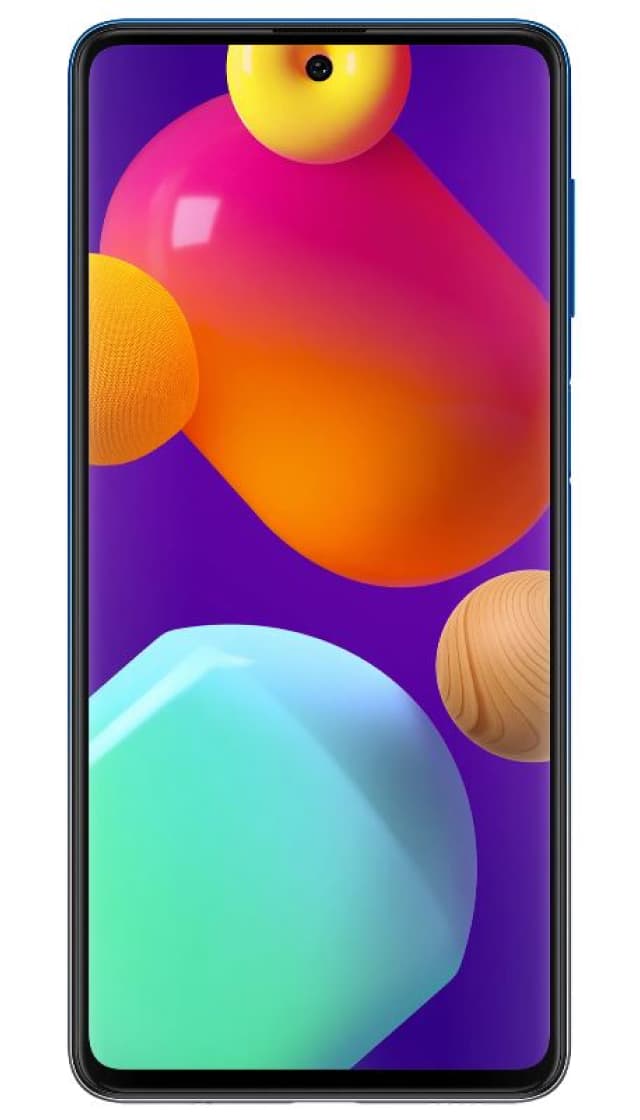 This is a smartphone on Android 11 with a very fast and productive processor, with a huge touchscreen size, with a very cool camera that has 4 modules (64 MP Wide, 12 MP UltraWide, 5 MP Macro, 5 MP Depth sensor), and the front camera here turned out to be very high quality, which can make beautiful selfies. And Samsung Galaxy M62 has such features: a slot for two SIM cards, cut-out notch above the screen (so that a selfie camera, speakers and additional sensors are placed there).

In February 2021 Samsung company introduced its new smartphone Samsung Galaxy M62. This is a new model with support for two SIM cards, which is running on 11 and, according to the manufacturer, will be updated to a more recent version Android 12.

Briefly describe the screen and the body of the smartphone. Samsung Galaxy M62 received Super AMOLED-screen measuring 6.7 inches. And this is a phablete, not just a smartphone. And, even if you liked this model, it′s far from the fact that it will be convenient for you to use it. Therefore, we advise you to hold it in your hands before buying.

And now let’s move on to describing the dimensions of the case. The ratio of screen size to body size of Samsung Galaxy M62 is very high, so the screen takes up almost all the space from edge to edge (but a little bit lacking to the parameters of a frameless smartphone). In addition, there is a small cutout above the screen, which houses a selfie camera. Such a cutout significantly increases the usable area of the smartphone screen and even distinguishes the body design from other models. The thickness of the smartphone Samsung Galaxy M62 is 9.5 mm. This model, you can call “fat”, because today many smartphones with thinner cases are already being manufactured. And in such dimensions the engineers managed to put the battery on 7 000 mAh, that just mega-cool for such a device. The operating time on one battery charge will exceed all your expectations.

The smartphone Samsung Galaxy M62 got the main camera with multiple modules (smartphones with four cameras): 64 MP Wide + 12 MP UltraWide + 5 MP Macro + 5 MP Depth sensor. And there is also a front camera that has one module: 32 MP Wide. If you judge only by the number of megapixels, then the main camera is super-camera, which is installed in smartphones. But the frontcamera very good, which will surprise you with its high quality shooting of selfie. It seems that we have already written many times that before buying you need to see a smartphone and hold it in your hands. And speaking about cameras, I would like to repeat the same idea once again — look at the reviews about this model, see examples of photos taken by this smartphone. It often happens that in search of a low price, you buy a model with a camera of tens of megapixels, but the photos and videos will not be of high quality.

Price for Samsung Galaxy M62: buy or not to buy?

So this is Samsung Galaxy M62 after the official announcement. This new product hit the segment just above the average price of smartphones.

Buy Samsung Galaxy M62 you can after the beginning of official sales, which start in  March 2021. And now the price from the manufacturer is known — it′s $330 without taxes and fees. The price-to-feature ratio of this smartphone is not bad, because there is is just a huge screen, and the camera is sooooo cool, and the frontcamera is also very cool. 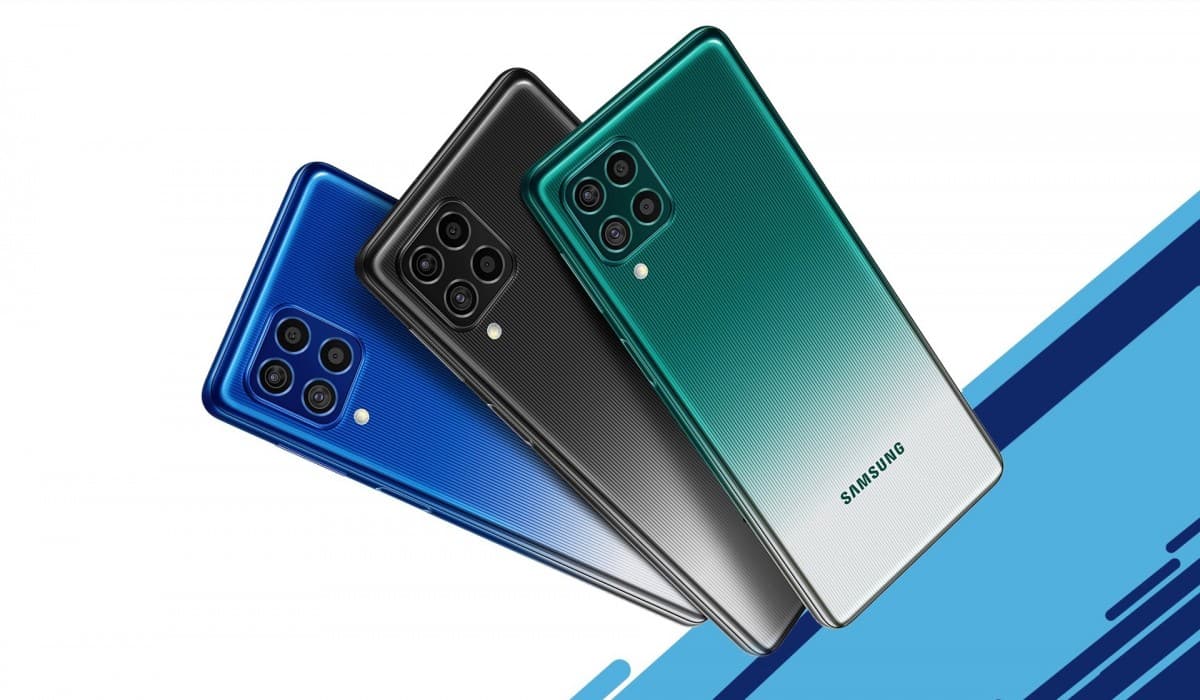 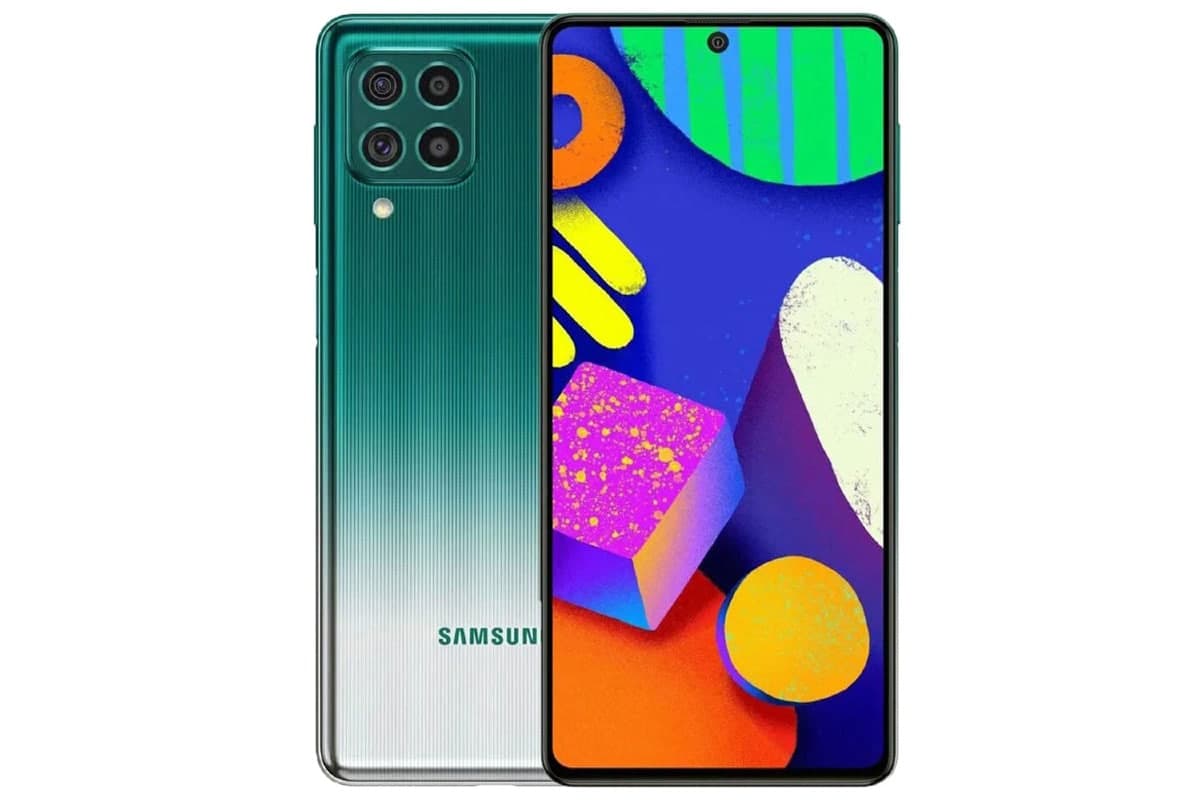 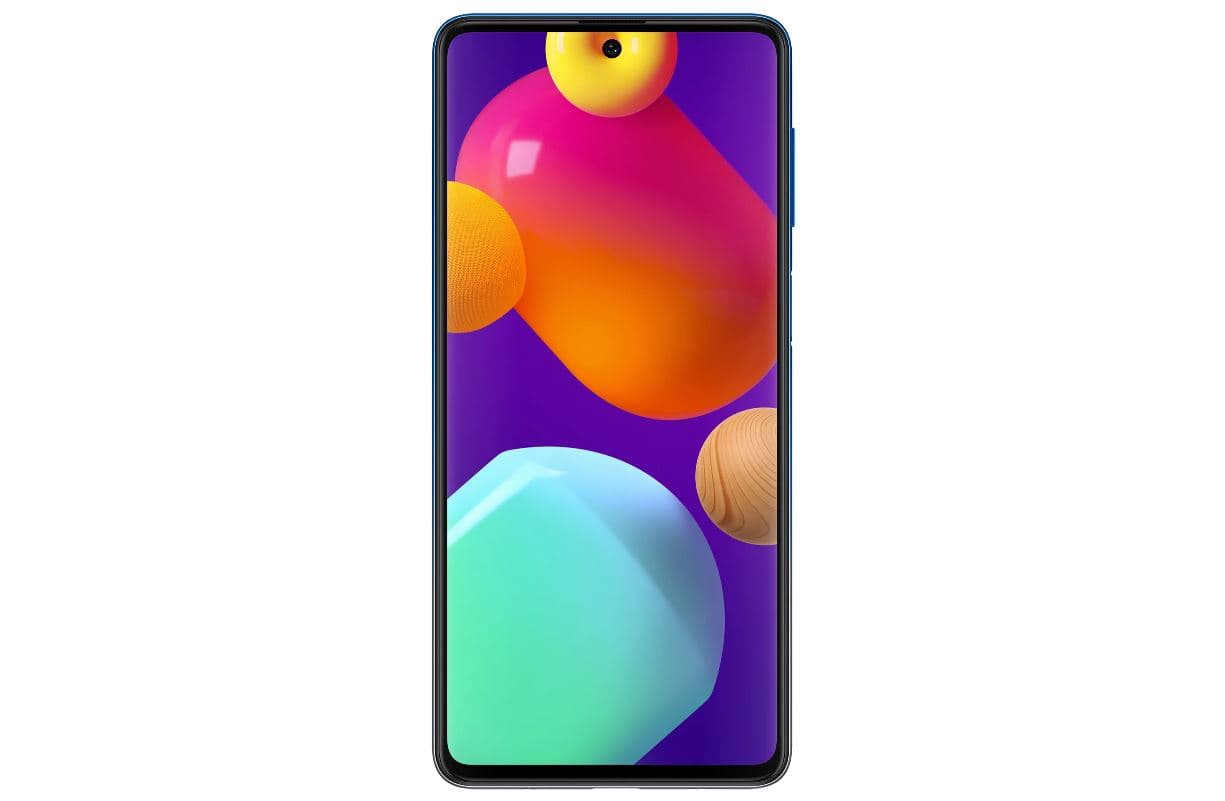 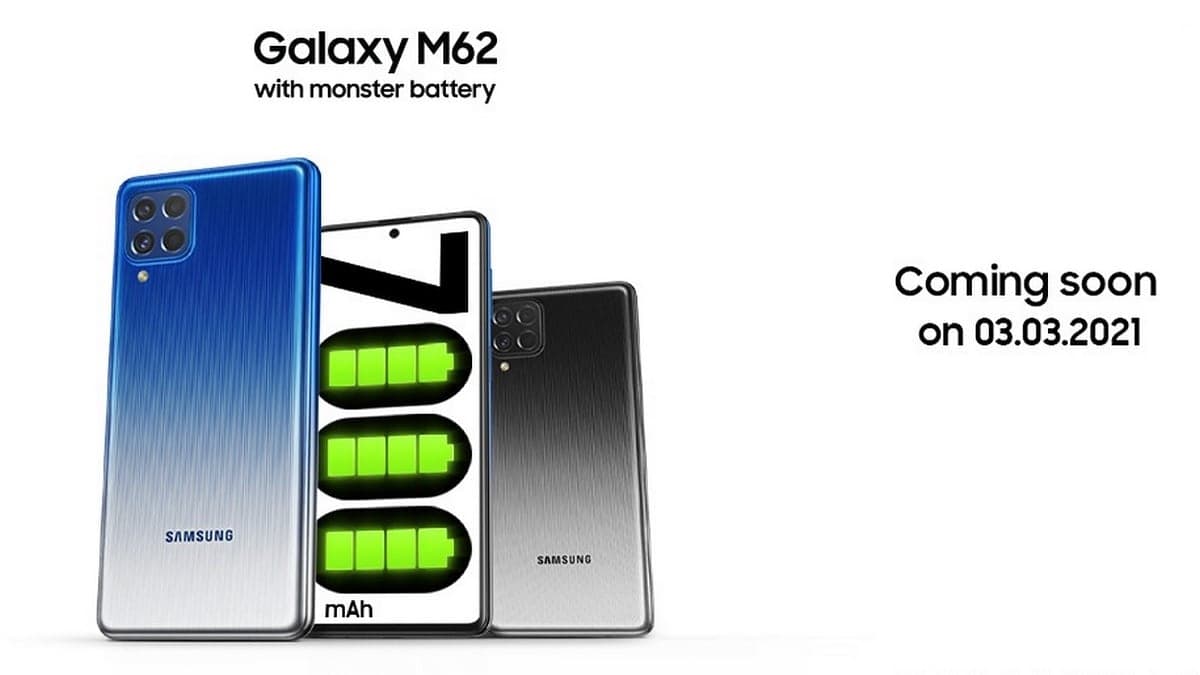 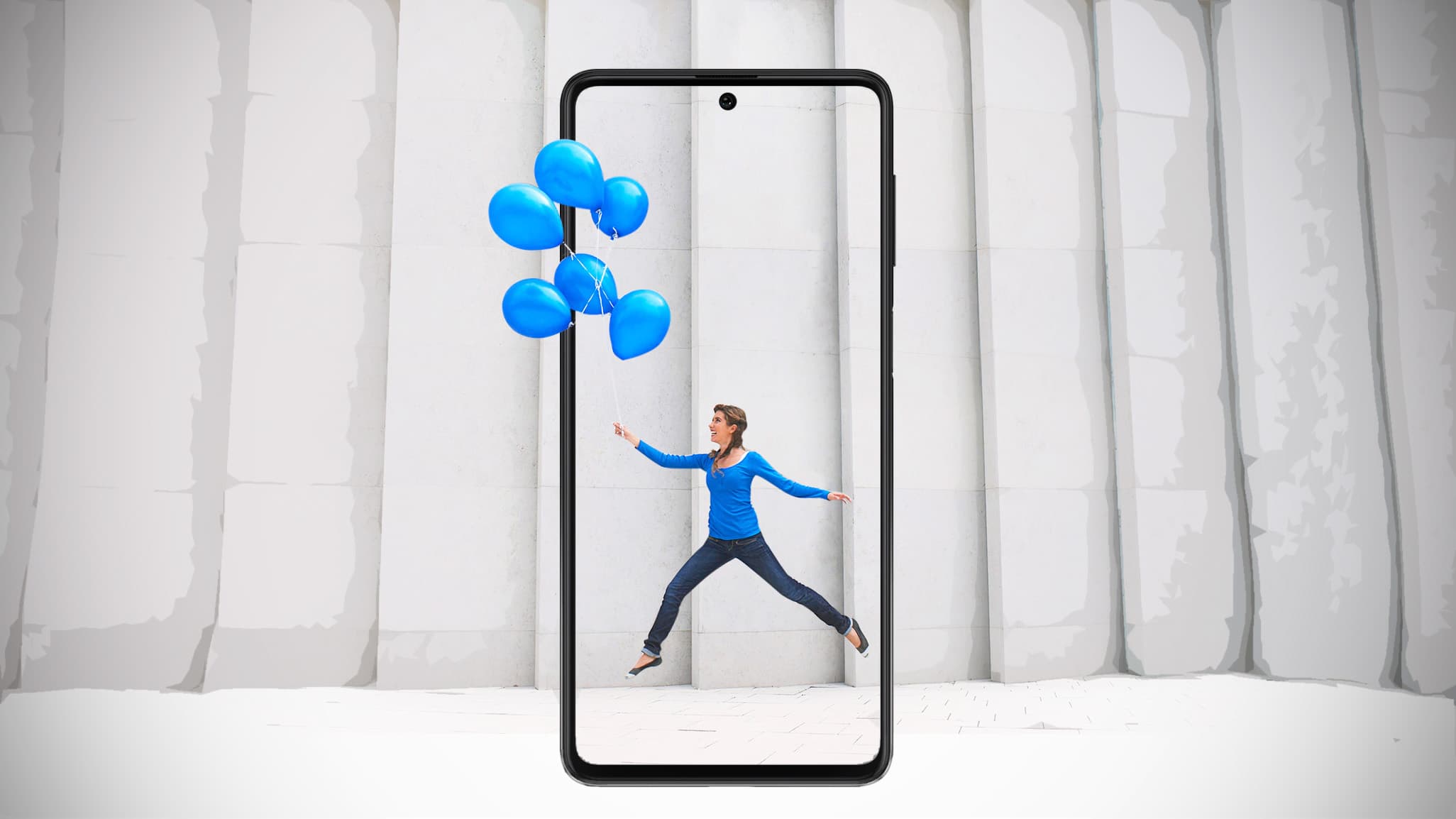 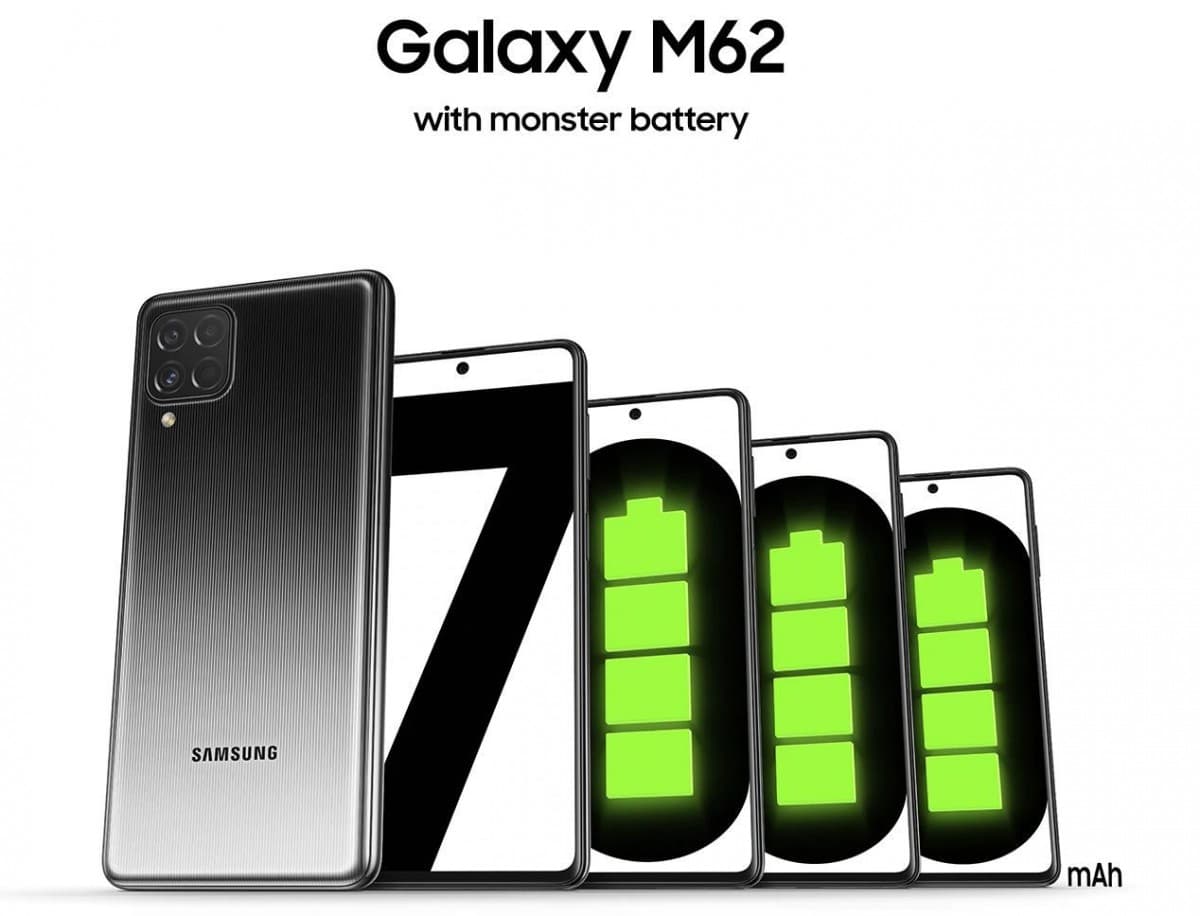 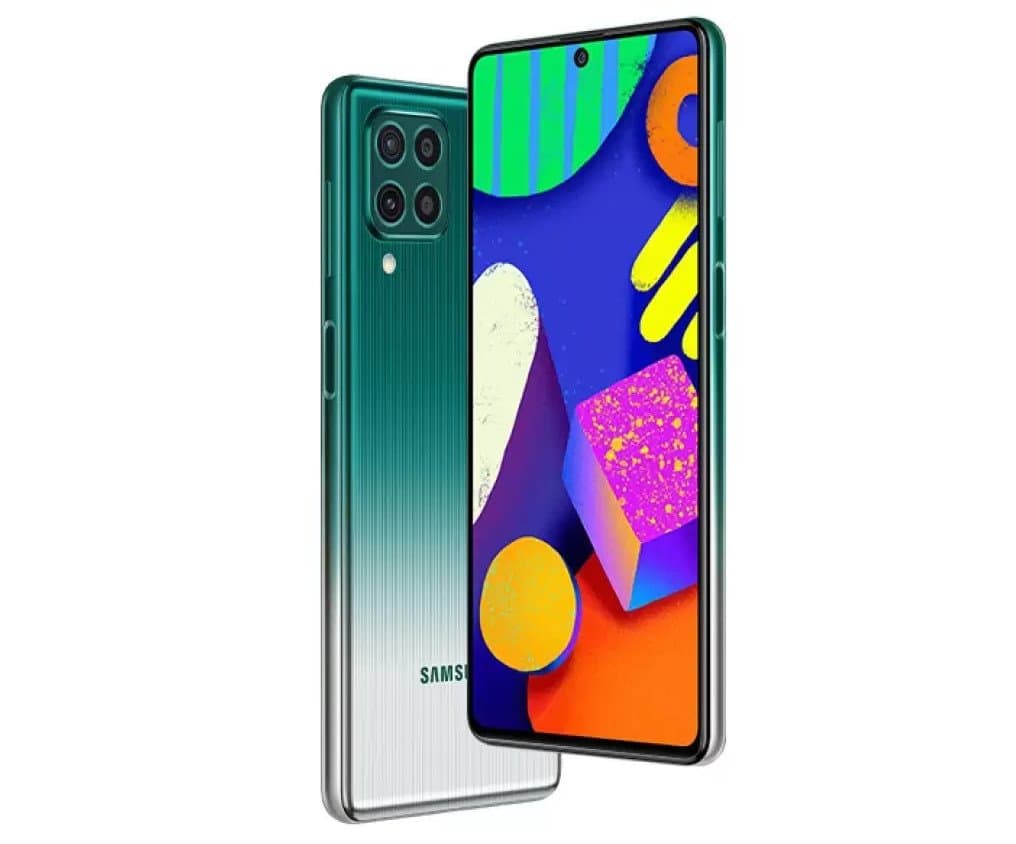 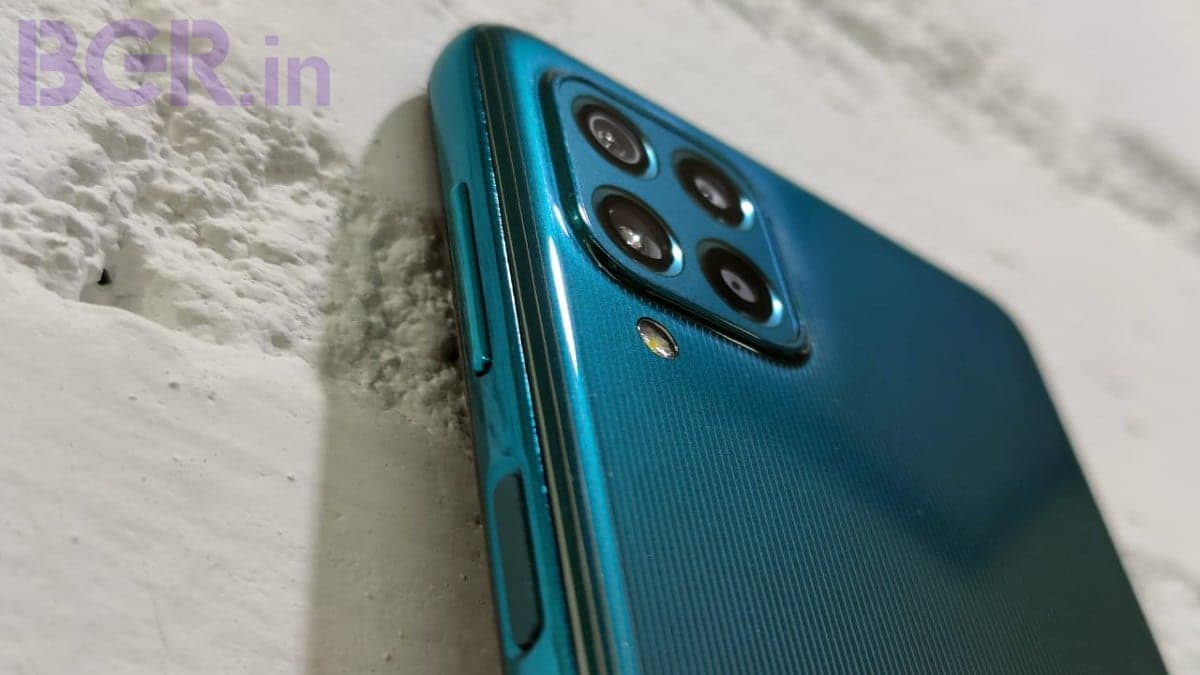 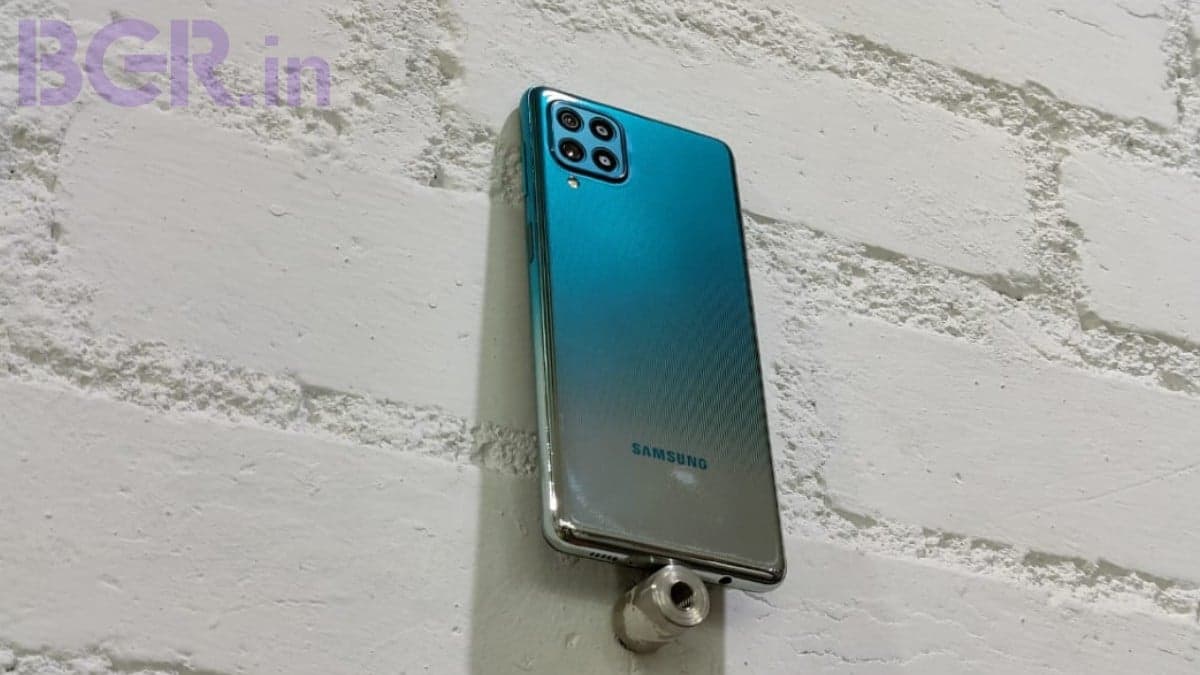 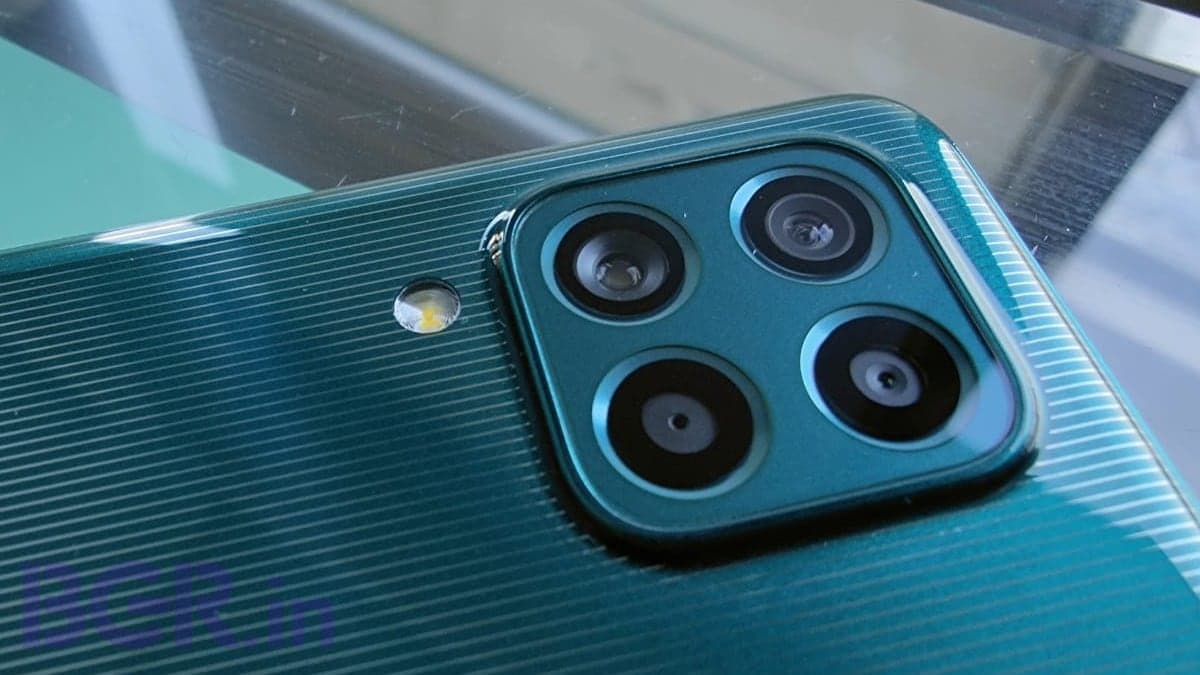 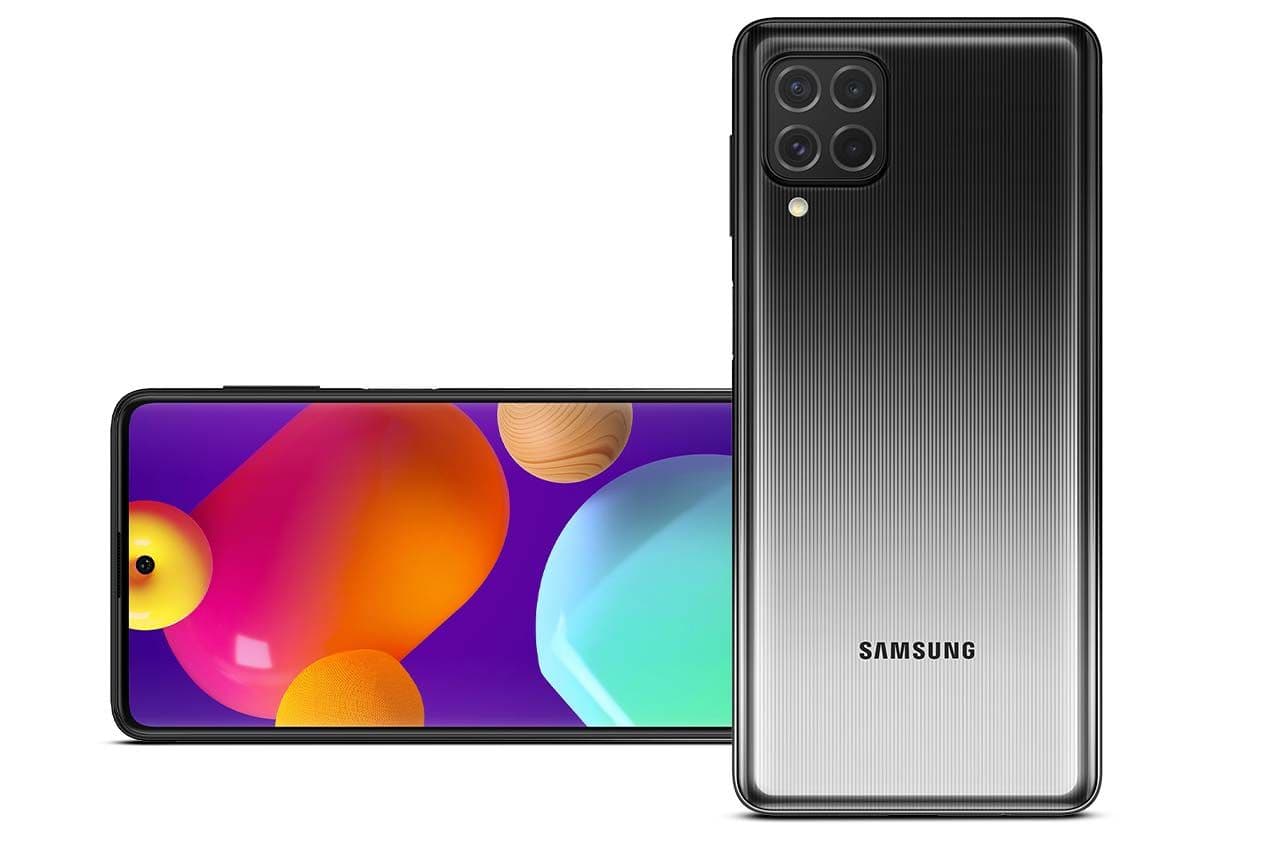 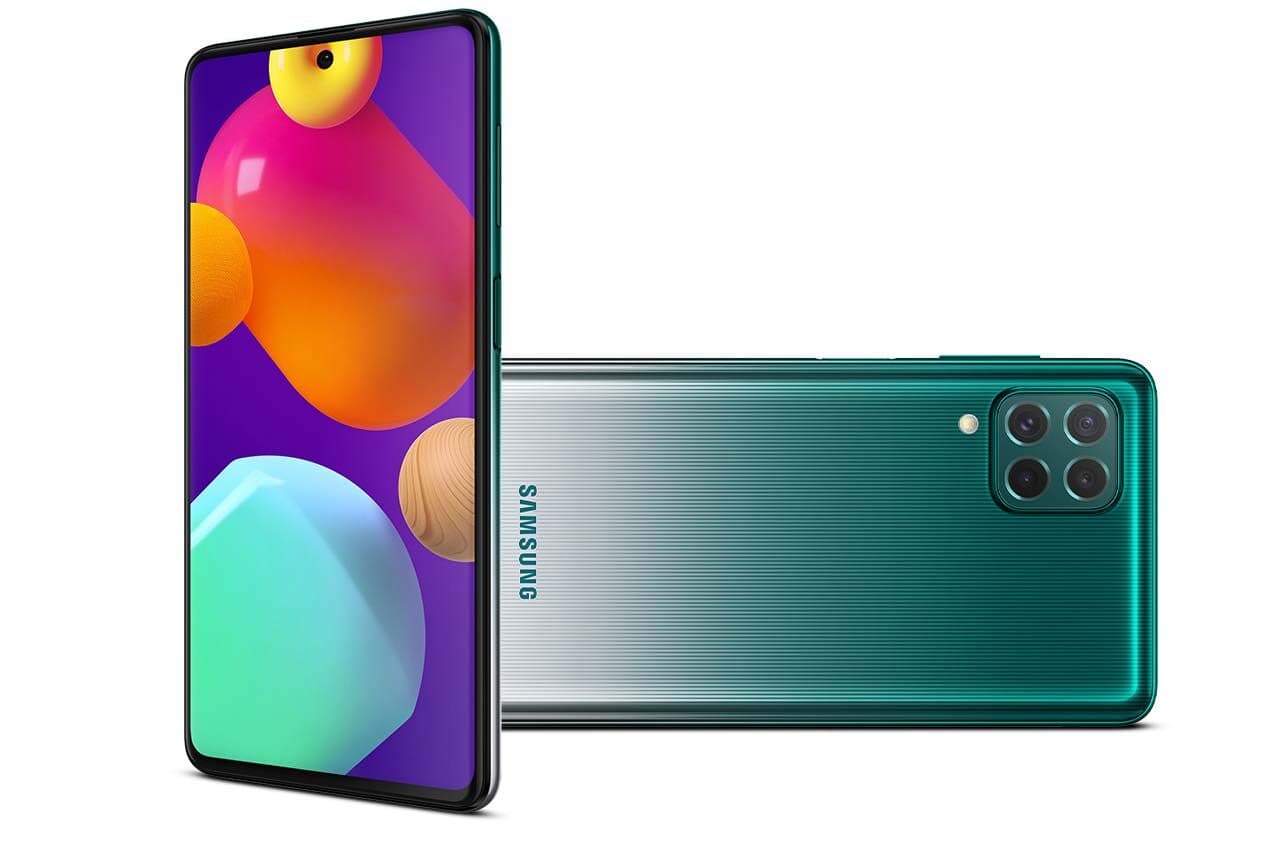 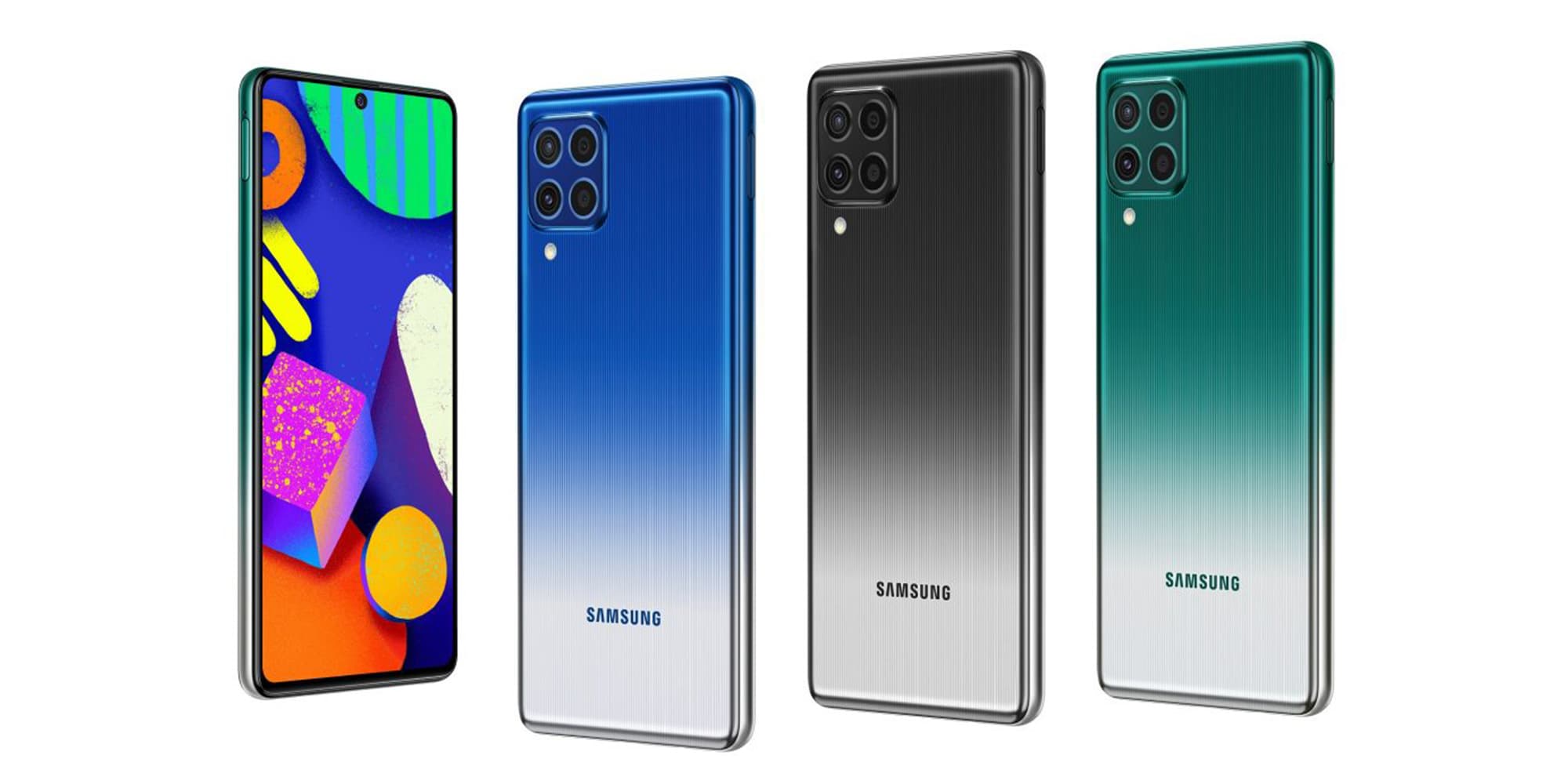 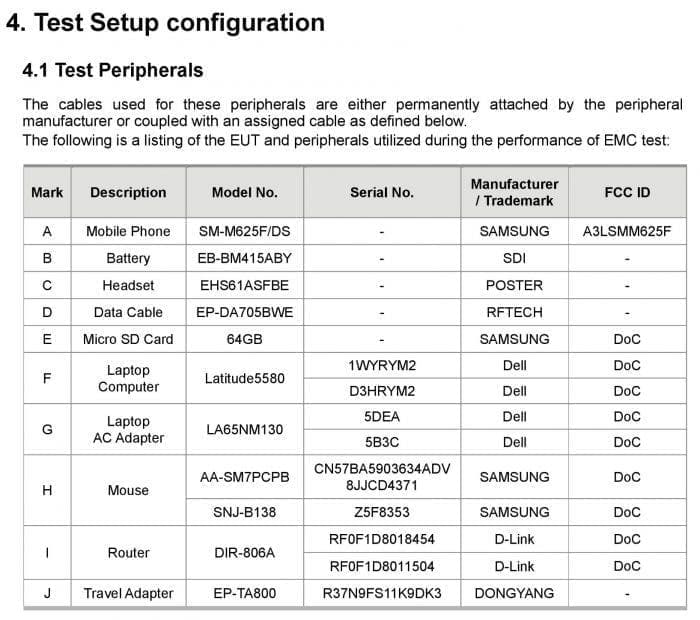 In February, Samsung announced the Galaxy F62 in India. And now it became known that exactly the same model, but with the name Galaxy M62, was announced for other markets. So don’t look for specs differences between the F62 and the M62.

The Samsung Galaxy M62 will be on sale on March 3, 2021 for about $330. The main feature of this device is a very capacious battery — 7000 mAh. In addition, this model boasts a large screen diagonal of 6.7 inches. And you will also like the main quad camera with a 64 megapixel module. The smartphone runs on the Exynos 9825 chipset with Android 11 pre-installed.

Users on the FCC website found information about the model with the code SM-M62F/DS. It seems that we are talking about the Galaxy M62 smartphone and its characteristics. In short, it will receive a 7,000 mAh battery, 25 W charger, Exynos 9825 processor, 6 GB of RAM, Android 11.

In the near future, there will be more information about the Galaxy M62 smartphone. Its announcement is expected very soon.