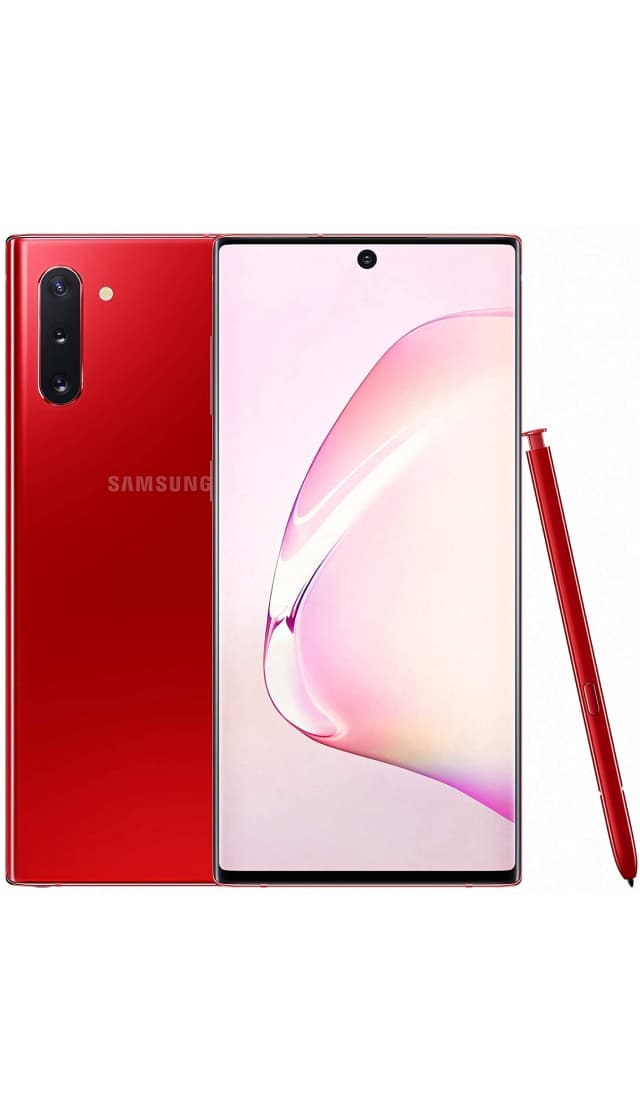 This is a smartphone on Android 9 Pie with a very fast and productive processor, with a huge touchscreen size, with a great camera that has 3 modules (12 MP Wide, 12 MP Telephoto, 16 MP UltraWide), and the front camera here turned out to be absolutely ordinary. And Samsung Galaxy Note 10 has such features: a slot for two SIM cards, cut-out notch above the screen (so that a selfie camera, speakers and additional sensors are placed there), dust and water protection and supports stylus.

And if you want to look at the competitors of this smartphone, then in our catalog on the page “Smartphones of the year 2019” all models of the same year are presented. And it will also be useful to look at the page with smartphones at a similar price, like Samsung Galaxy Note 10 — this is the price segment page “Flagships smartphones from $500”.

The larger the screen, the larger the case. But in addition to the width and height of the hull, its thickness is important. At Samsung Galaxy Note 10 the thickness of the case is 7.9 mm, which turns out to be thick enough, maybe you will not be comfortable holding such a device in your hand. In addition, the screen area in relation to the body area affects the positive feeling of the phone in the hands. This model has a screen area of more than 90% of the body area (in the catalog we have collected all frameless smartphones). And one more thing, the screen area is increased thanks to the upper cutout above it, while the body area remains unchanged. Samsung Galaxy Note 10 received a cutout in the form of a small hole at the top of the screen for a selfie camera and multiple sensors. Check out detailed photos of this smartphone for a better understanding of how it looks in real life.

The battery and the operating time also depend on the screen size. At Samsung Galaxy Note 10 installed battery for 3 500 mAh, and this is not enough, but not yet a lot.

Of the features of the case and form factor, it is worth noting protection against ingress of water and dust inside the body and, built-in case, stylus. This model could become a flip smartphone and get into our catalog on a separate page, where all phones with flexible screens are collected. Unfortunately, this did not happen. And therefore, if you are interested in smartphones with such top-end characteristics, we advise you to look at them in our catalog and get a deeper understanding in which direction the entire mobile electronics industry is moving. Perhaps, in a couple of years, every second person on the planet will have such flip smartphones.

Take photos and videos on smartphone Samsung Galaxy Note 10 possible on the main camera (12 MP Wide + 12 MP Telephoto + 16 MP UltraWide) and on the front camera (10 MP Wide). We tried to group all smartphones in the catalog into segments and this model with such a main camera got in the middle segment. This is not a very bad camera, but it is no longer a top camera. If you want to buy a smartphone with a really cool camera, then look in the catalog page with camera phones.

After a lot of leaks, we now know all characteristics of the Samsung Galaxy Note 10. The smartphone received two versions with different processors: 8-core Exynos 9825 and 8-core Snapdragon 855 RAM is built-in 8 GB.

But the most interesting is the built-in memory of 256 GB. This is the only option that is produced by the manufacturer. But memory cards, unfortunately, with this smartphone, you can not use, because the manufacturer did not provide for them a slot.

Price for Samsung Galaxy Note 10: buy or not to buy?

Life is fleeting, and the life of a smartphone on the mobile market in general can be compared with the life of a butterfly. And all because the producers of android-smartphones do not always want to support their devices and prefer to release a new model in six months. Therefore, our task is to help you choose the actual smartphone today, which is being sold and will be still relevant for at least the next six months. If Samsung Galaxy Note 10 you find among DROID smartphones in our catalog, you can safely buy it now, and if you do not find it, then its better already do not buy.

Buy Samsung Galaxy Note 10 you can in any store (or on the Internet, or in the electronics supermarket), we just advise you to see live on the smartphone and hold it in your hands before buying. 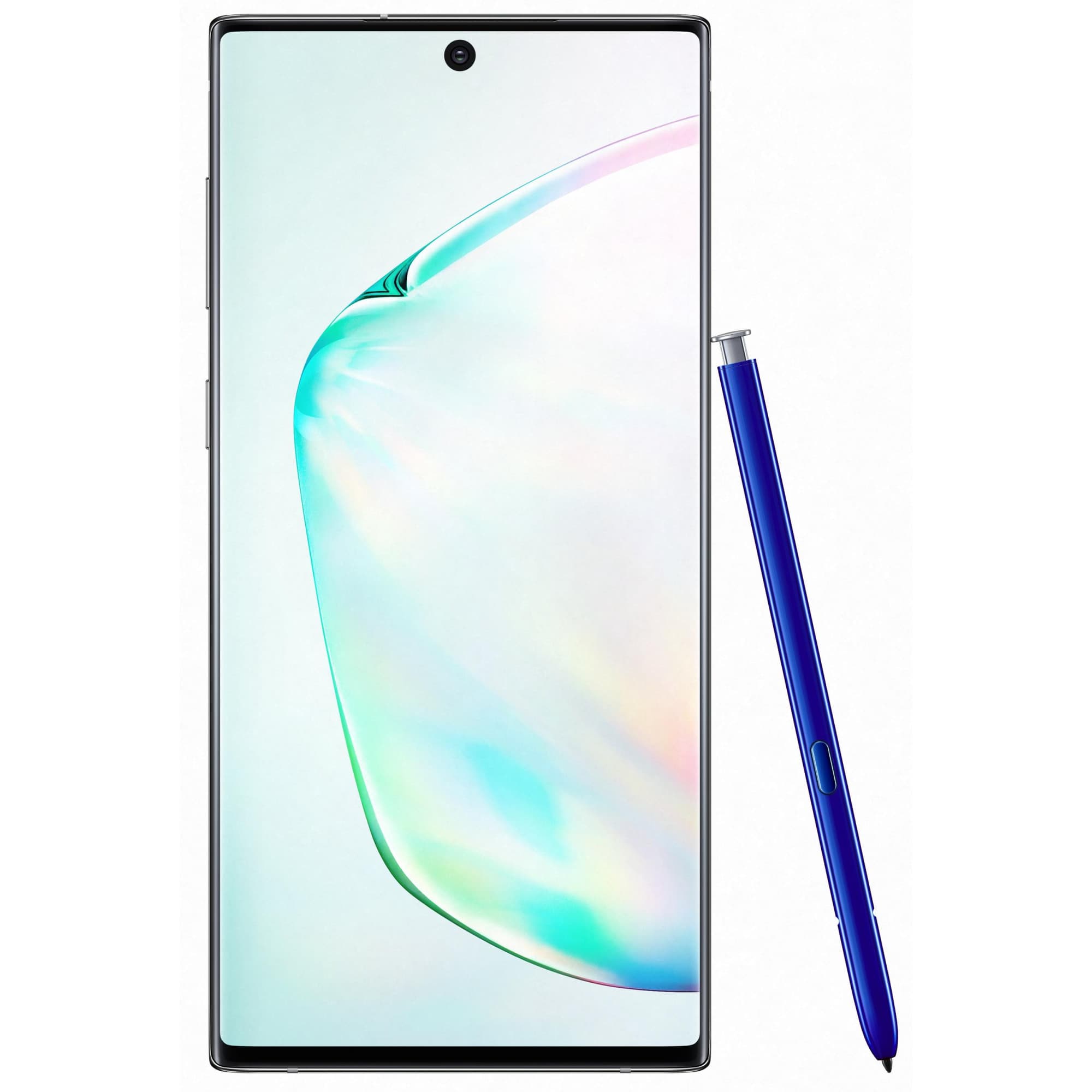 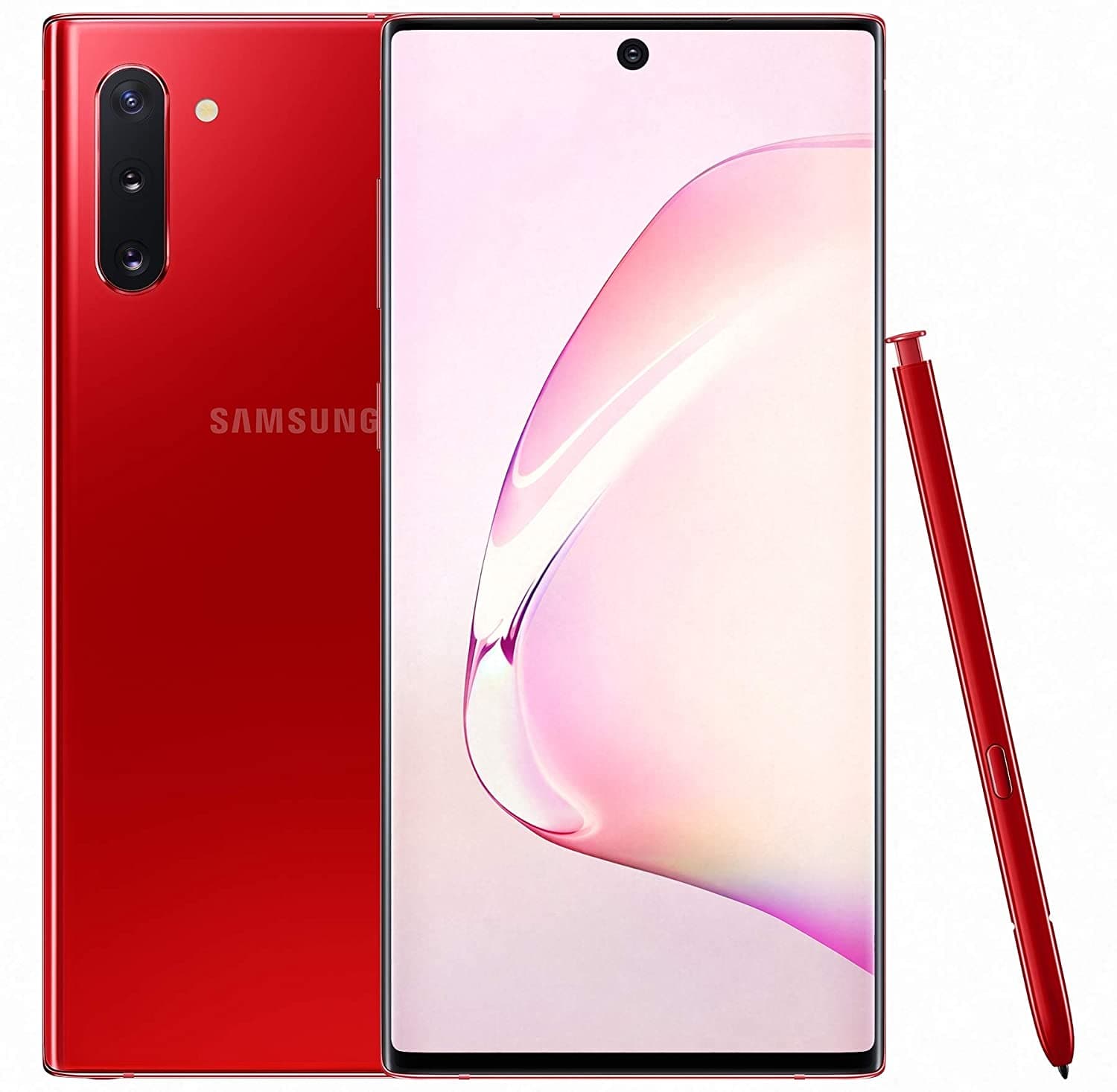 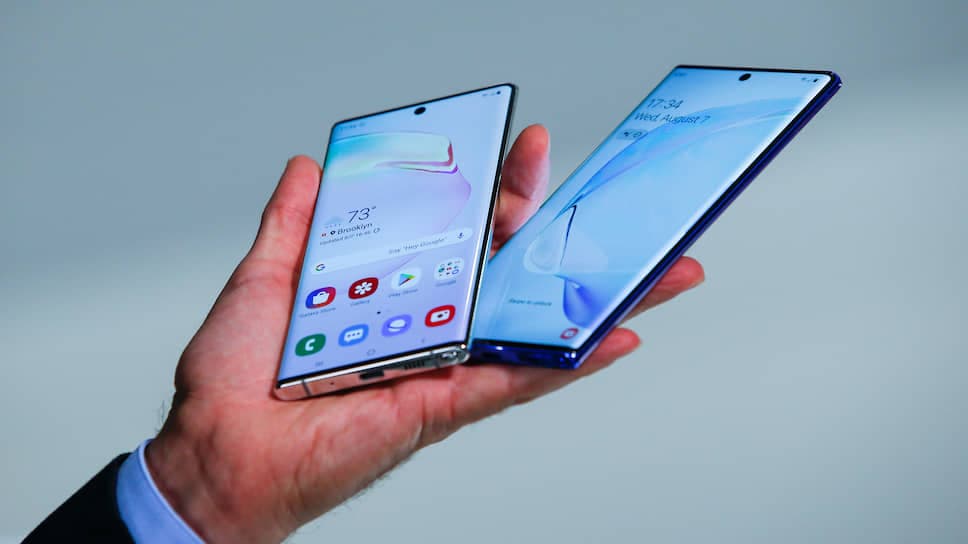 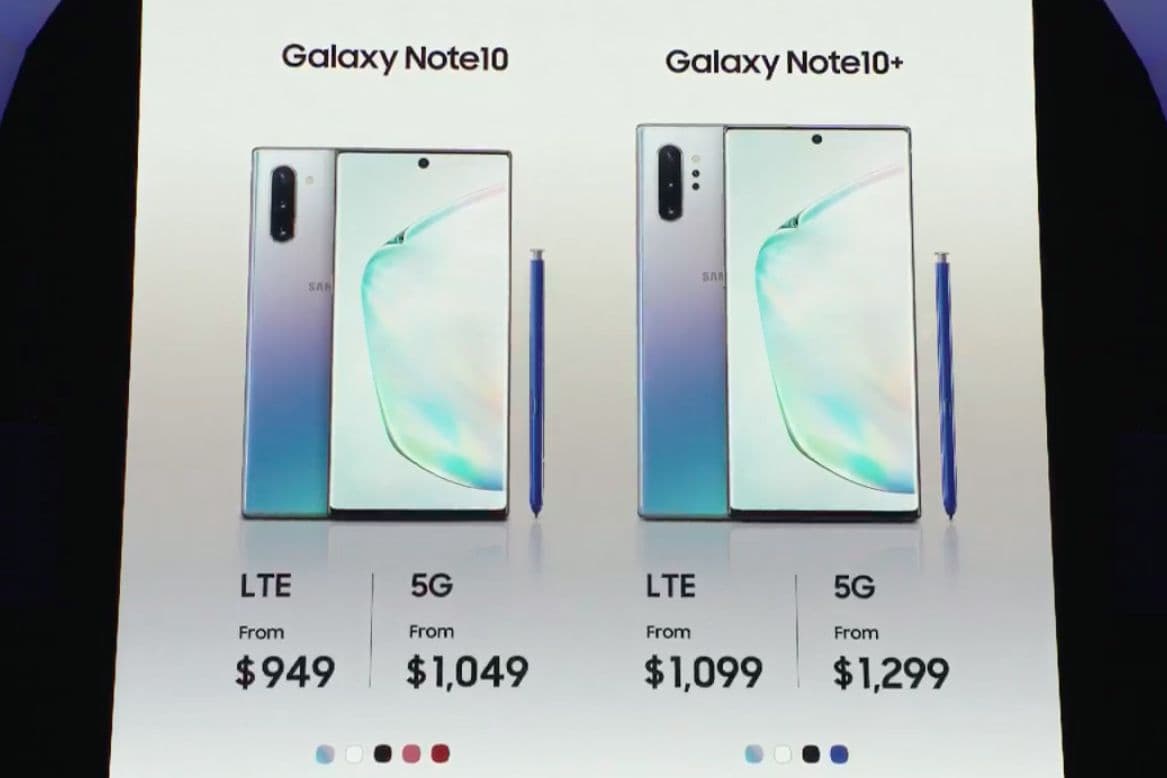 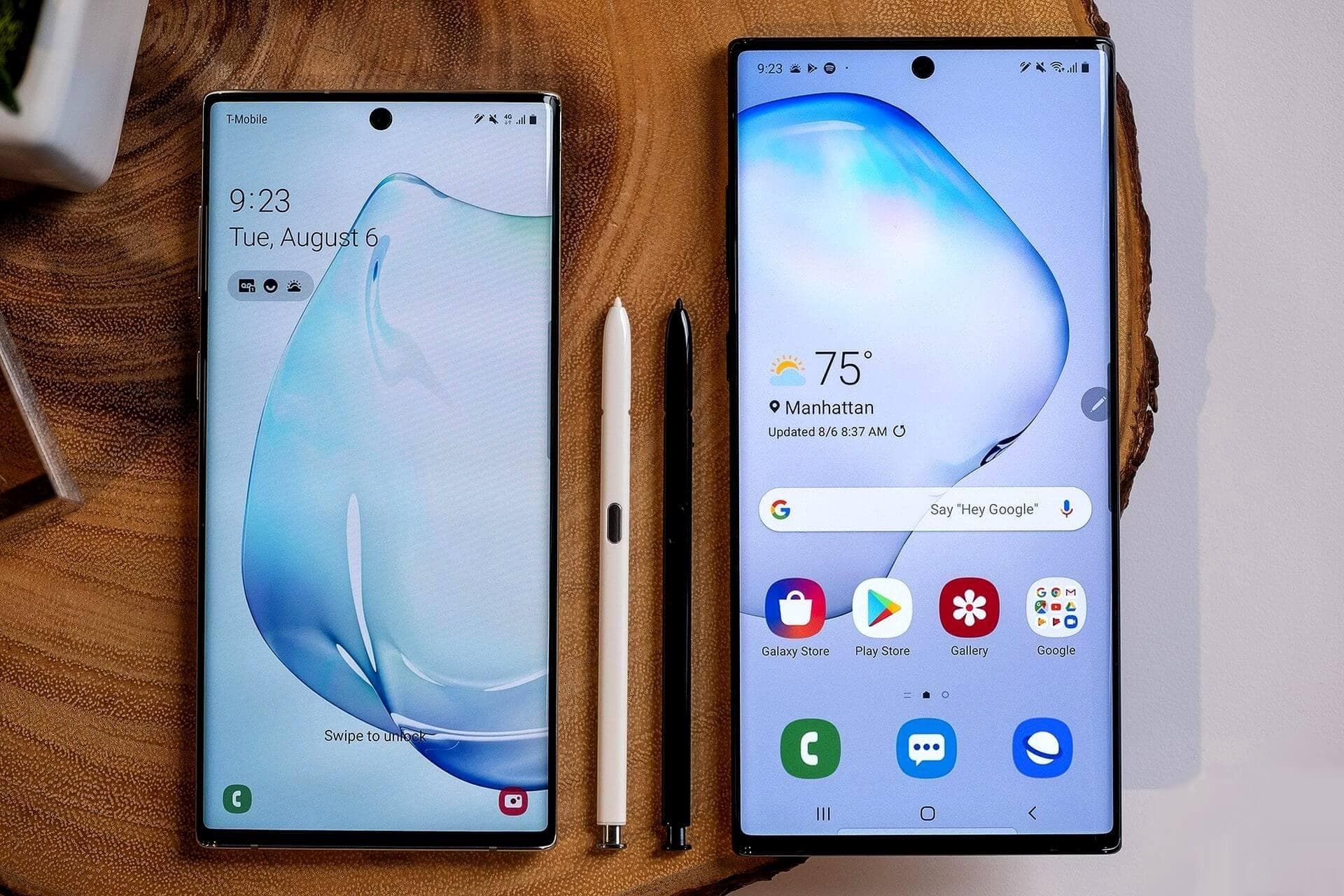 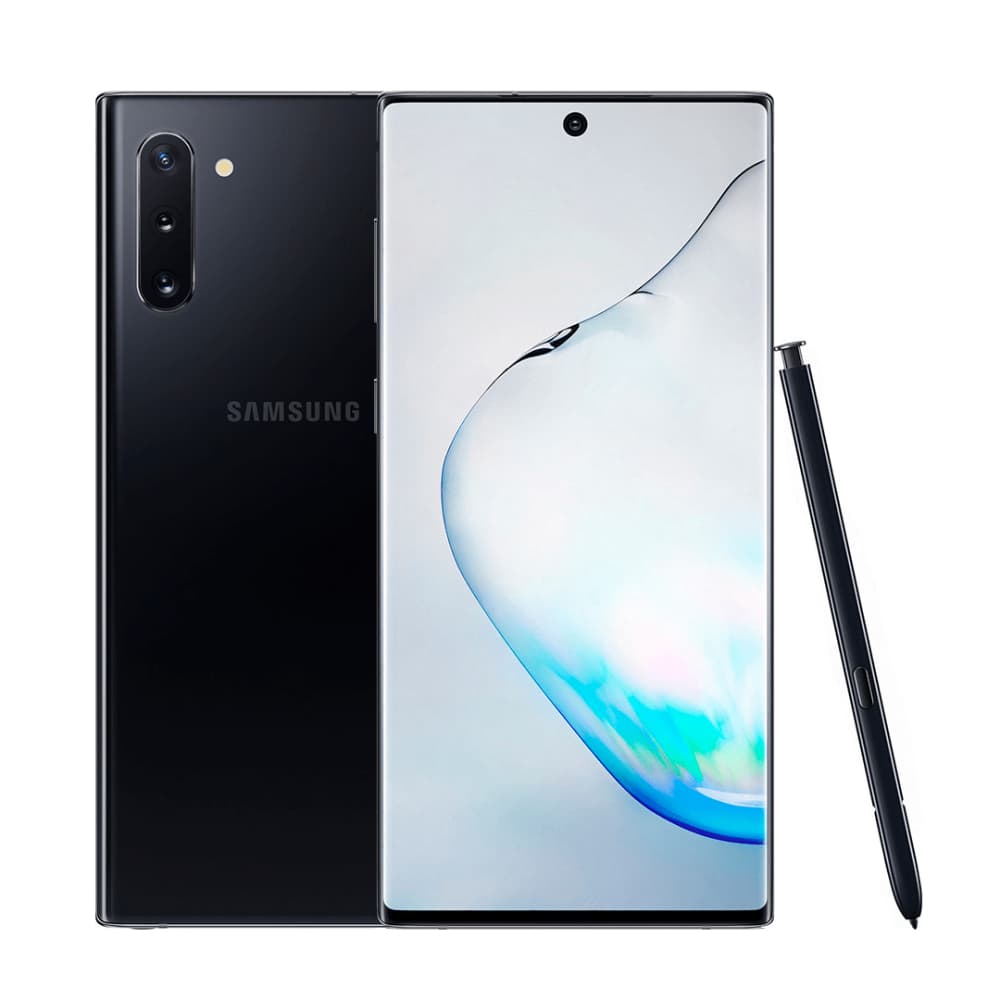 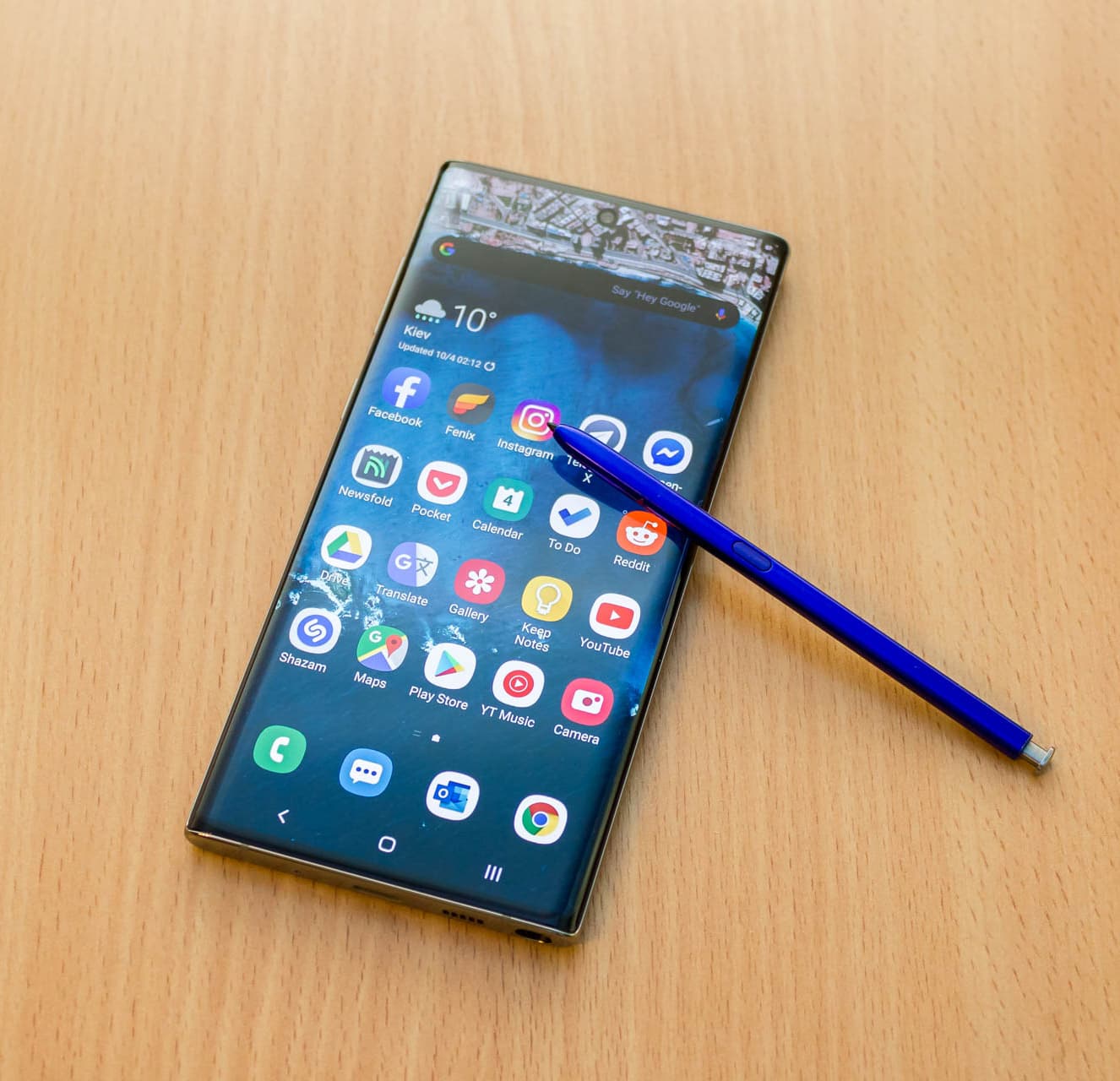