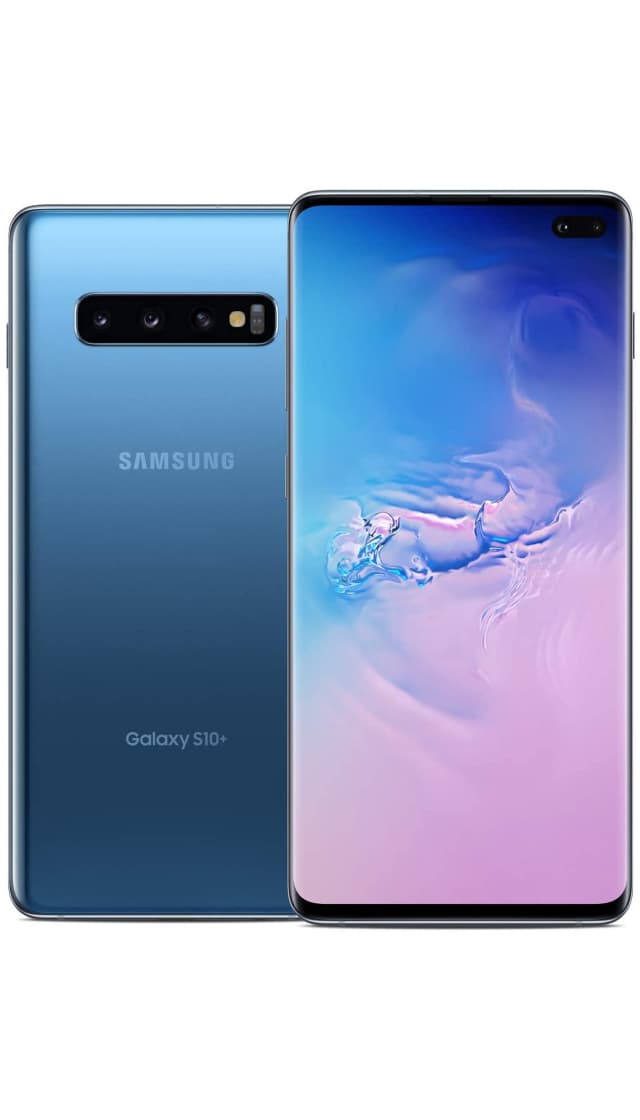 This is a smartphone on Android 9 Pie with a very fast and productive processor, with a huge touchscreen size, with a great camera that has 3 modules (12 MP Wide, 12 MP Telephoto, 16 MP UltraWide), and this smartphone also has a very cool front camera, which has 2 modules (10 MP Wide, 8 MP Wide). And Samsung Galaxy S10 Plus has such features: a slot for two SIM cards, cut-out notch above the screen (so that a selfie camera, speakers and additional sensors are placed there), dust and water protection.

The company Samsung in February 2019 officially announced its new smartphone Samsung Galaxy S10 Plus in the series of mobile devices Samsung Galaxy S. In our subjective opinion, this year one of the important parameters for smartphones has become support for 5G networks, and this new model, unfortunately, it did not receive such an opportunity and will not be able to work in 5G networks. Therefore, if this is important to you, then go to our page in the catalog where all 5G smartphones are assembled.

“Out of the box” on the new smartphone installed Android 9 Pie, which is updated to version 10. And besides, it is important to note immediately that the model Samsung Galaxy S10 Plus supports two SIM cards (view all smartphones with 2 sim cards in the catalog).

6.4-inch Dynamic AMOLED touchscreen occupies almost the entire area of the front panel of the smartphone Samsung Galaxy S10 Plus and has an original solution for placing a selfie camera in the form of a small round hole in the screen. It also stands out from other models on the market with its thin bezels between the outer edges of the body and the screen. An edge-to-edge screen covers from 80% to 90% of the front panel.. Body thickness 7.8 mm puts the battery in it in capacity 4 100 mAh. As a result, these three important characteristics give us such an idea of the device — huge smartphone with thick case and normal battery.

The case of the smartphone is completely protected from water and dust. This model could become a flip smartphone and get into our catalog on a separate page, where all phones with flexible screens are collected. Unfortunately, this did not happen. And therefore, if you are interested in smartphones with such top-end characteristics, we advise you to look at them in our catalog and get a deeper understanding in which direction the entire mobile electronics industry is moving. Perhaps, in a couple of years, every second person on the planet will have such flip smartphones.

The most important characteristics of Samsung Galaxy S10 Plus cameras: main camera received 12 MP Wide + 12 MP Telephoto + 16 MP UltraWide, front camera got 10 MP Wide + 8 MP Wide. See examples of photos and videos from this smartphone to visually assess their quality. And the most interesting thing is that the main camera on the back of the body has several lenses (triple camera smartphones). That can do 2x zoom without losing quality. And with the help of at least two lenses, you can shoot portraits with the bokeh effect, this is when the background is blurred and the photo appears like depth. In this model, the selfie camera is on the front and you can see it. In 2019, smartphones were announced with a front camera, which is located inside the body and is not visible. When you need to take a photo, the front camera slides up from the body. You take your selfie, the photo is saved and then the camera goes down into the body. All smartphones with pop-up front camera from different producers at different prices are collected in the catalog. If you are interested in such models, we advise you to first watch video reviews about them, and then make a choice and buy.

So, in Samsung Galaxy S10 Plus is installed 8-core processor on the chipset Exynos 9820. Another manufacturer is releasing a version of this model with 8-core processor on the chipset Snapdragon 855. As for RAM, the memory module is used here 8 GB, but if this is not enough for you, then there is a version for 12 GB. You can choose the right version of the smartphone, but note that the price of these versions is different.

You can store your photos, videos, music and applications both on the built-in smartphone memory, and on memory cards microSDXC. The manufacturer releases several versions of this smartphone with different memory sizes: 128/512/1000 GB. Before buying, be sure to decide how many gigabytes you need.

Price for Samsung Galaxy S10 Plus: buy or not to buy?

In March 2019 begin sales of a new smartphone Samsung Galaxy S10 Plus. The manufacturer said the price of $425 without taxes and fees. And what we get for this money, let′s summarize all the main characteristics. The smartphone has a huge touch screen, a good main camera, a weak front camera, a very good battery and a cherry on the cake is a powerful processor.

As a result, in 2019 this was a good smartphone in terms of price-performance ratio, and now we advise you to see other smartphones from the same price segment “Above average smartphones from $400 to $500” or go to DROID smartphones page, where we always keep the current (Android OS) models of smartphones on sale. And before buying, we always advise you to go to an offline electronics store to hold the smartphone in your hands and be sure that you like it. Why do we advise so? Because creating this catalog of smartphones and filling it with photos of models, we are very well aware of the differences between beautiful selling photos from real smartphones, which then the buyers hold in their hands. 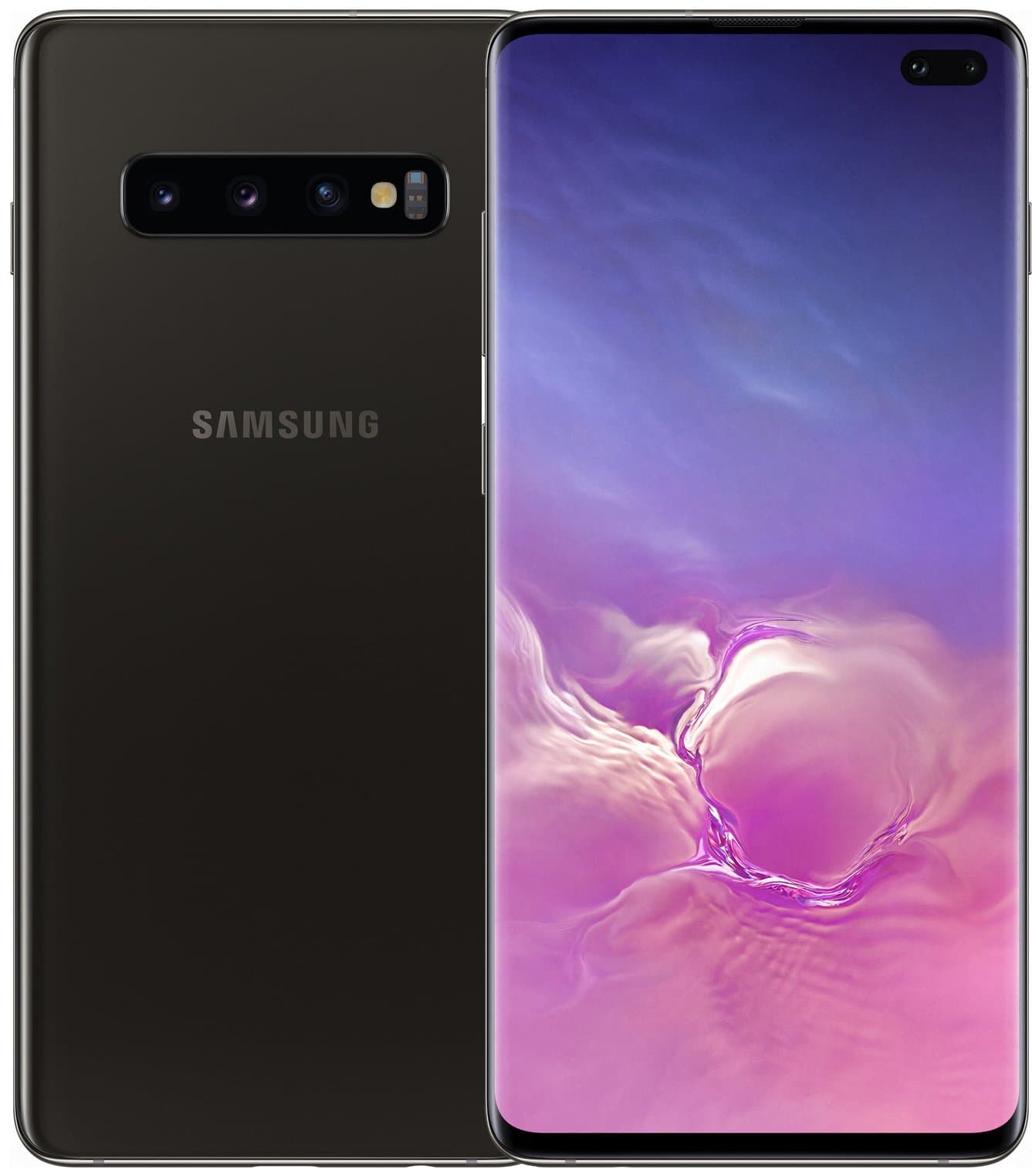 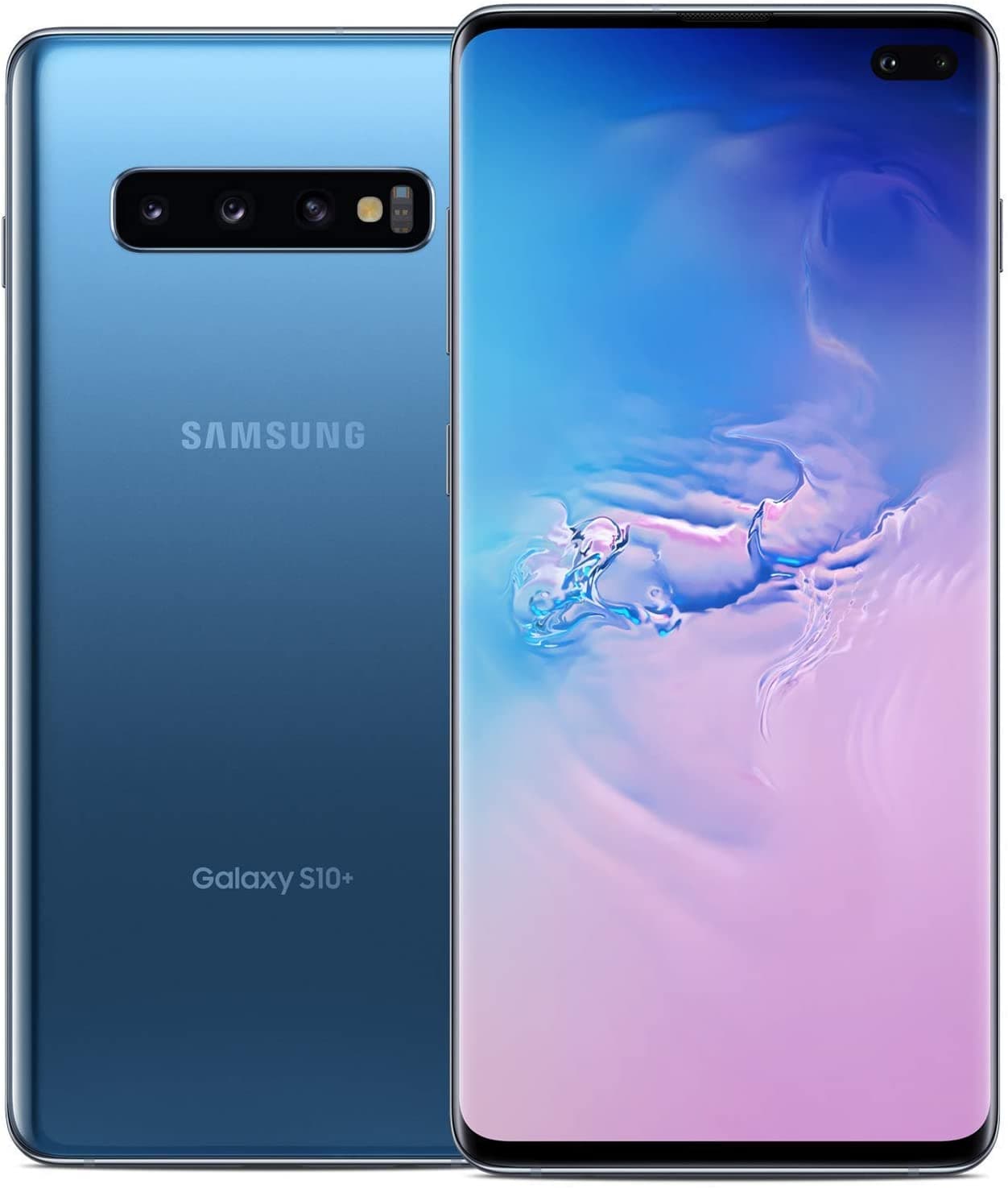 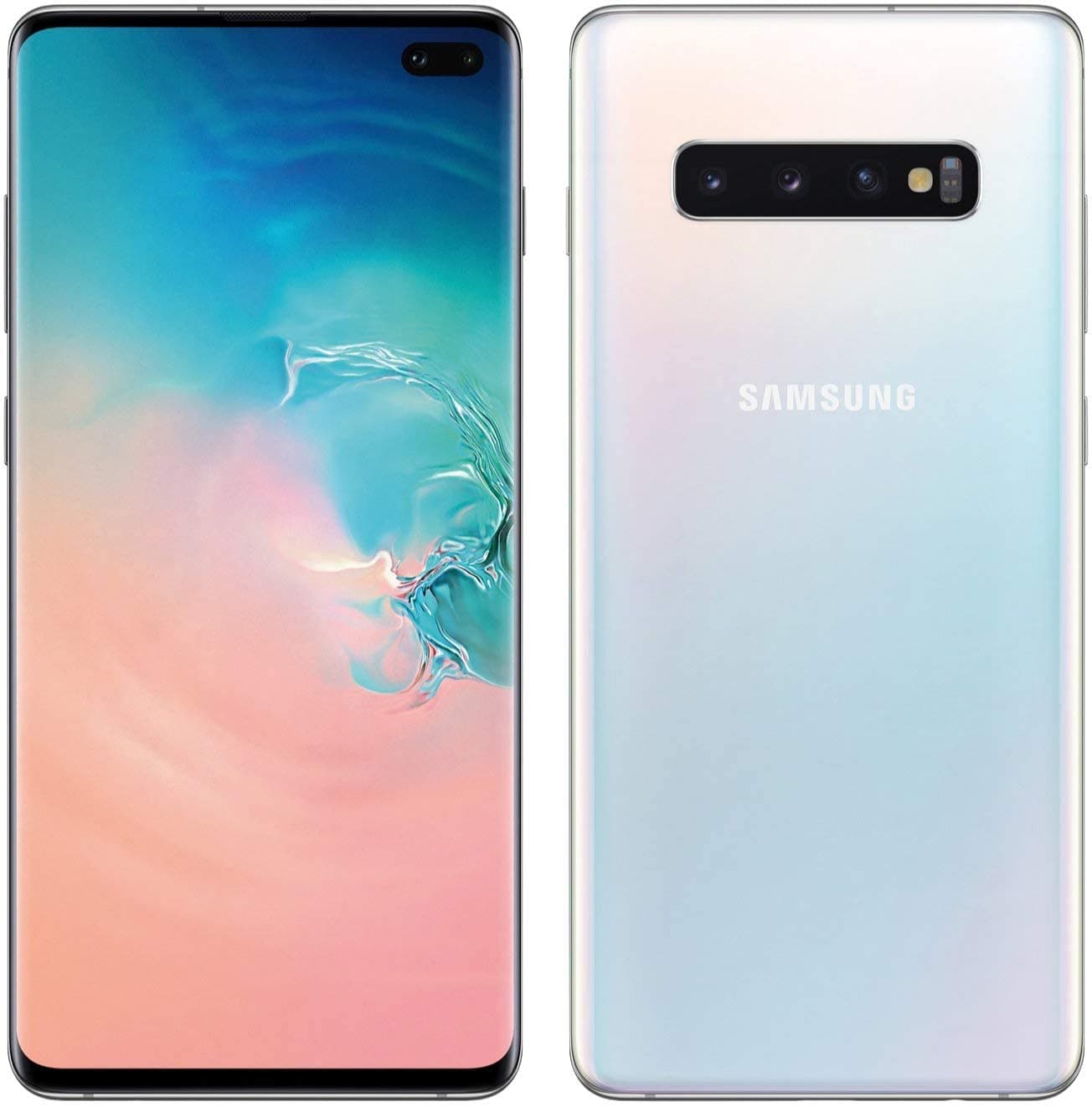 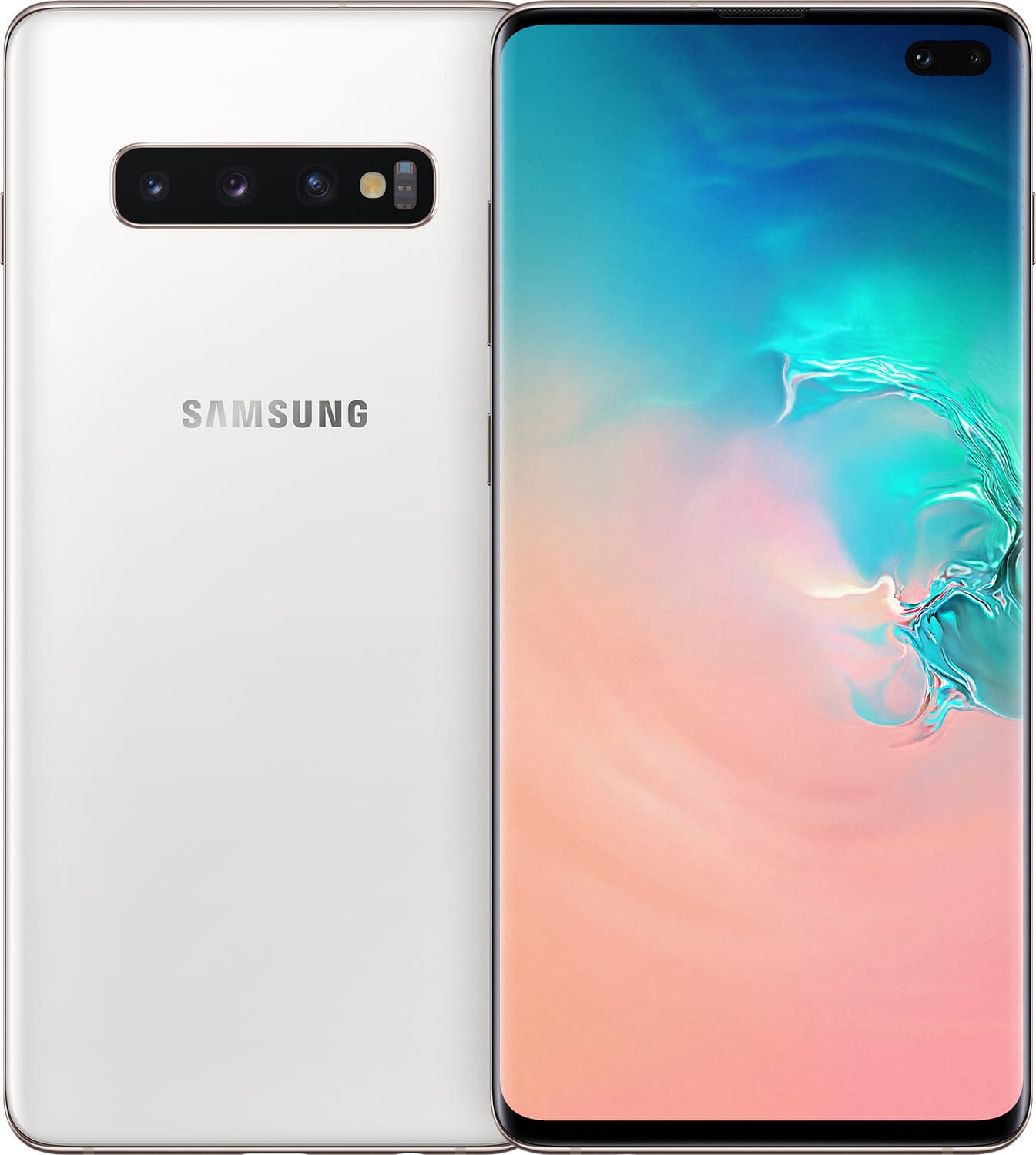 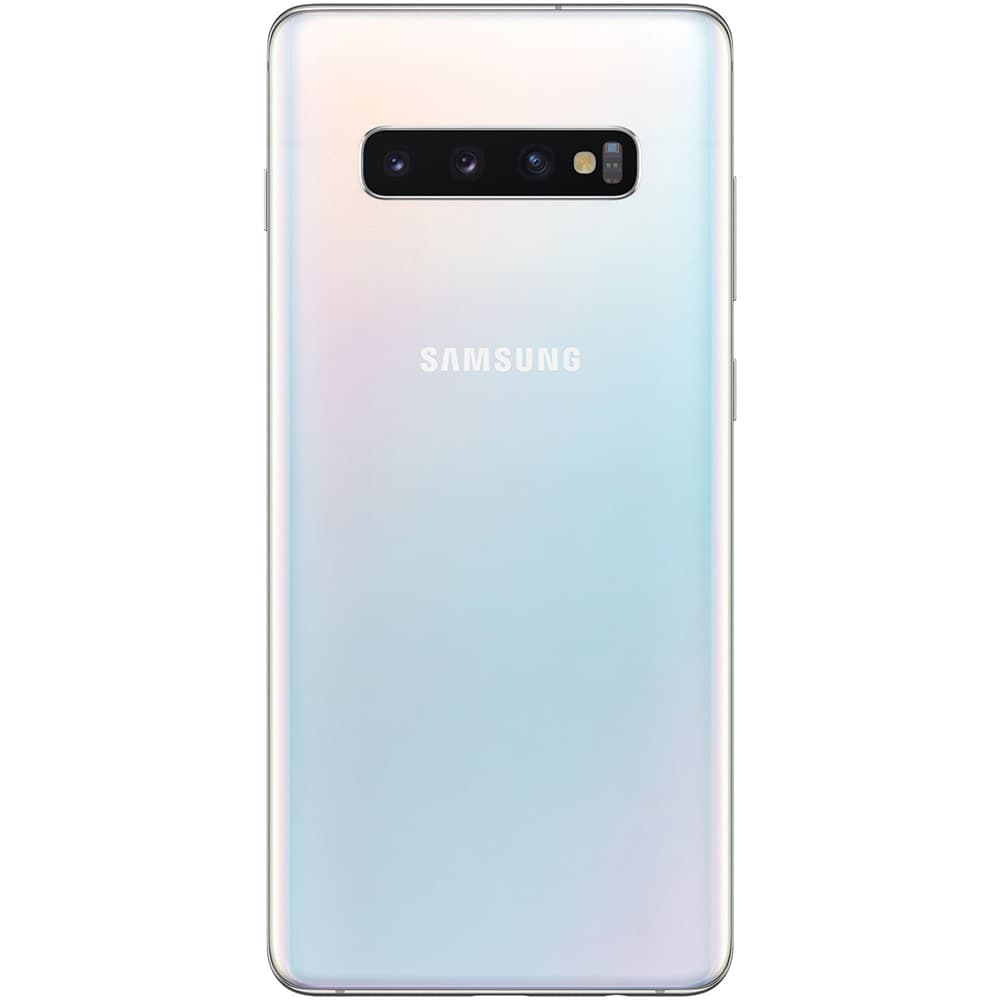 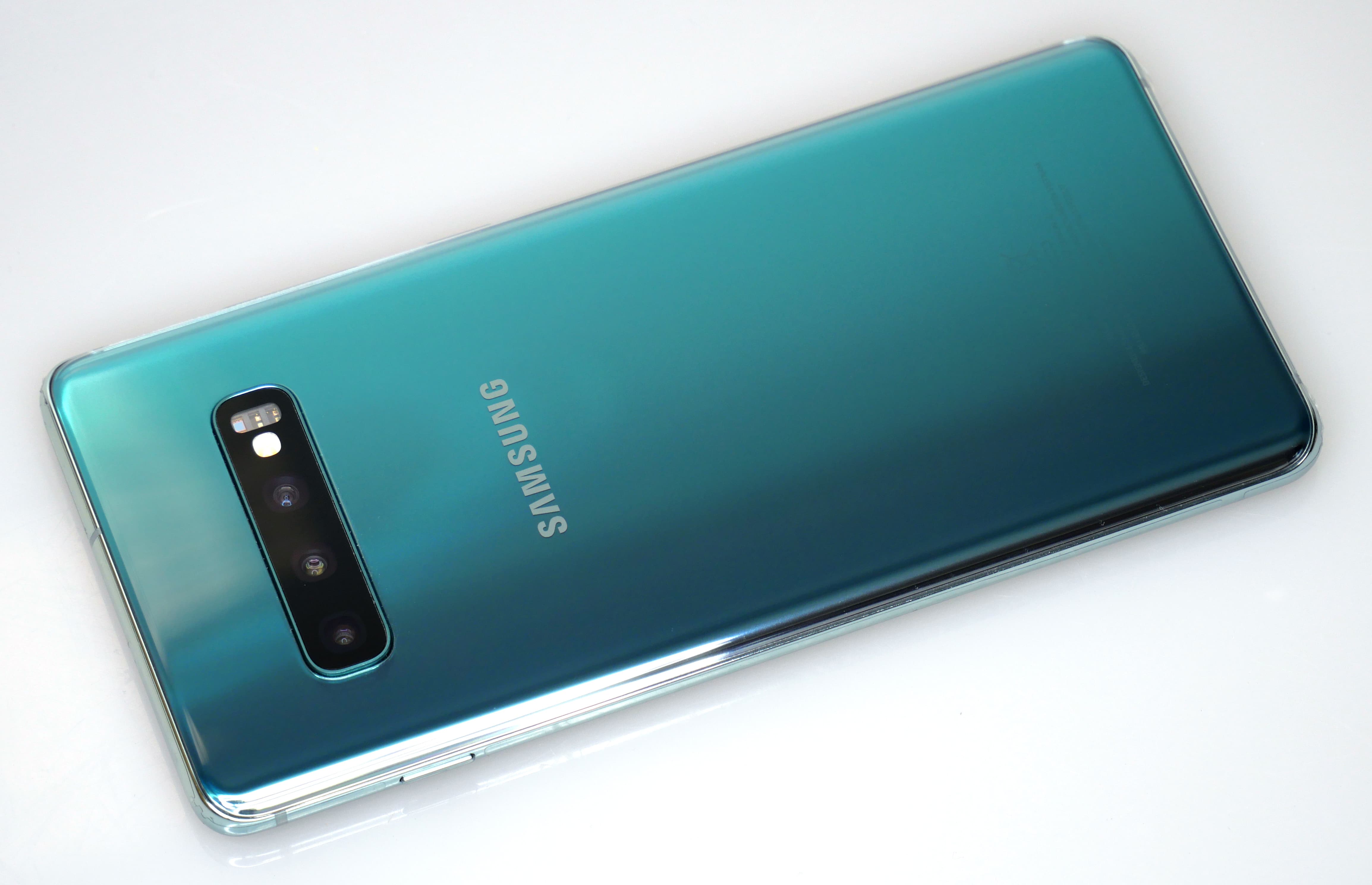 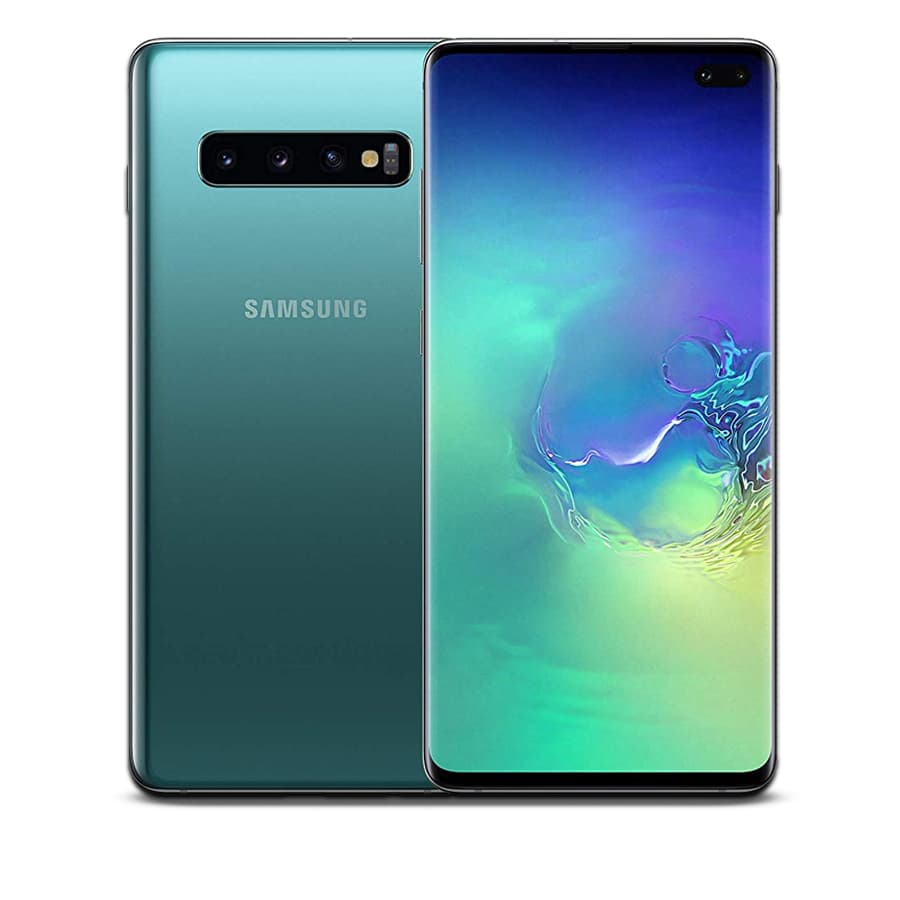 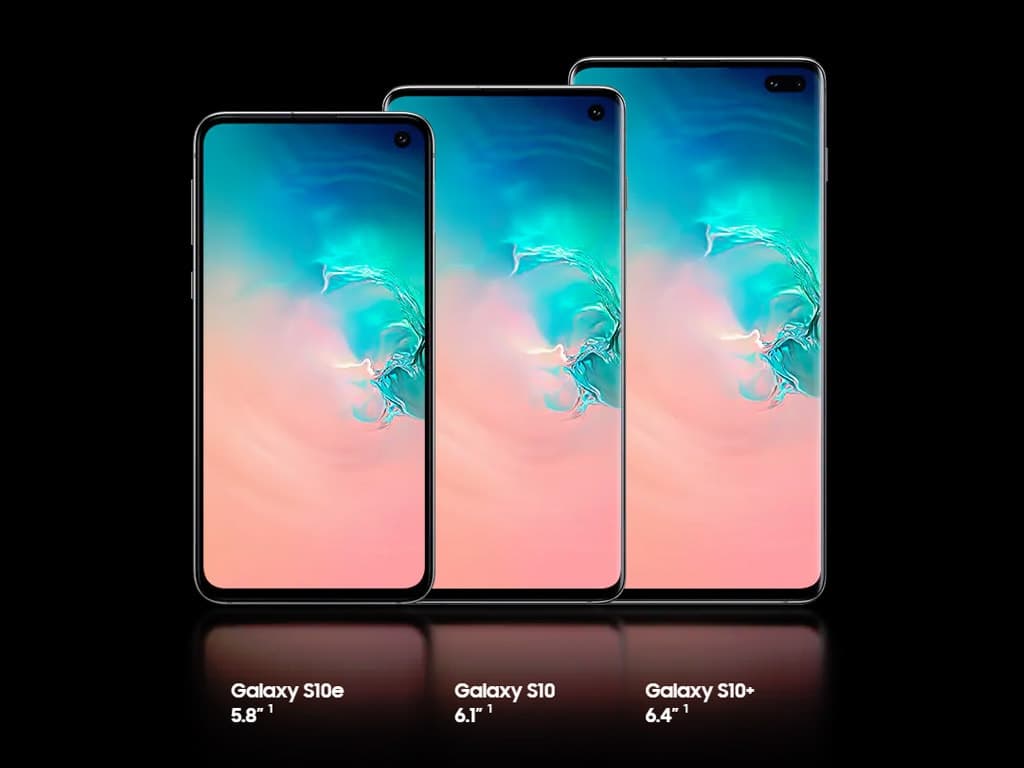 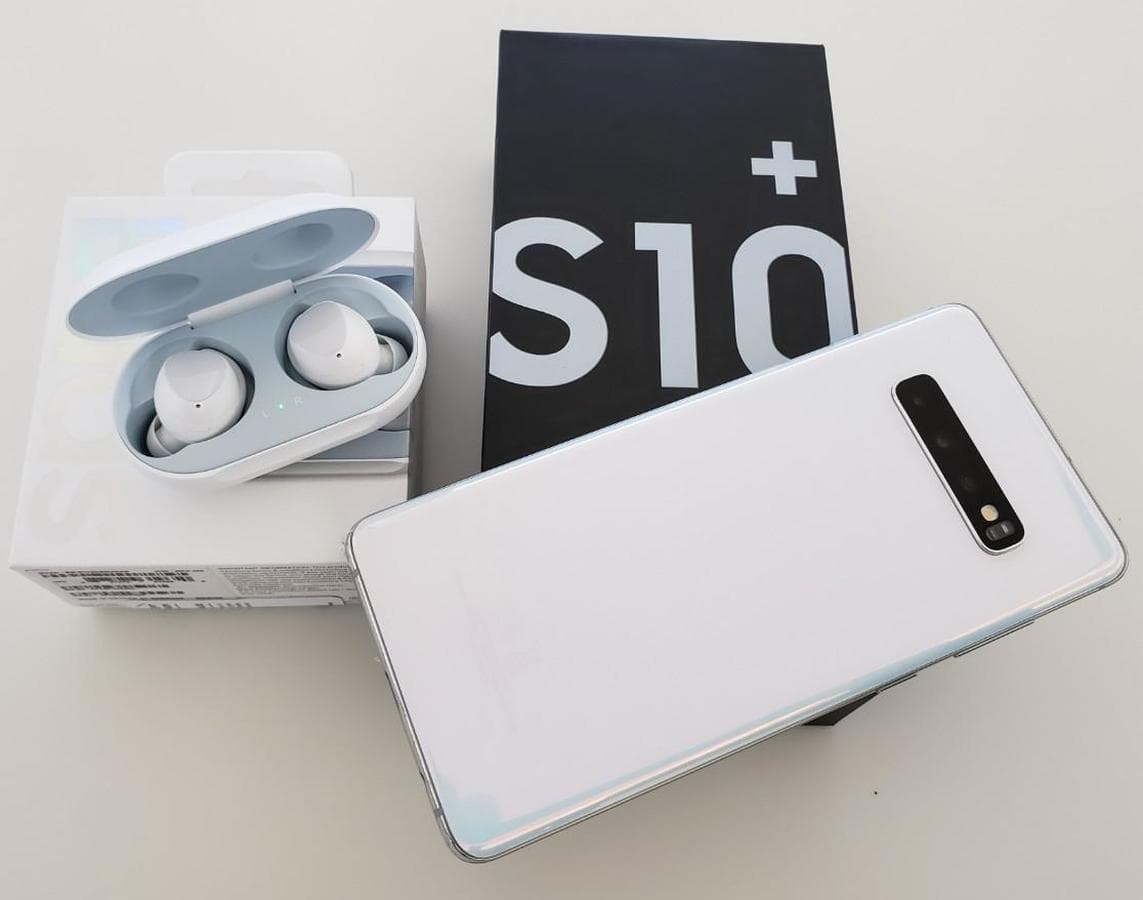 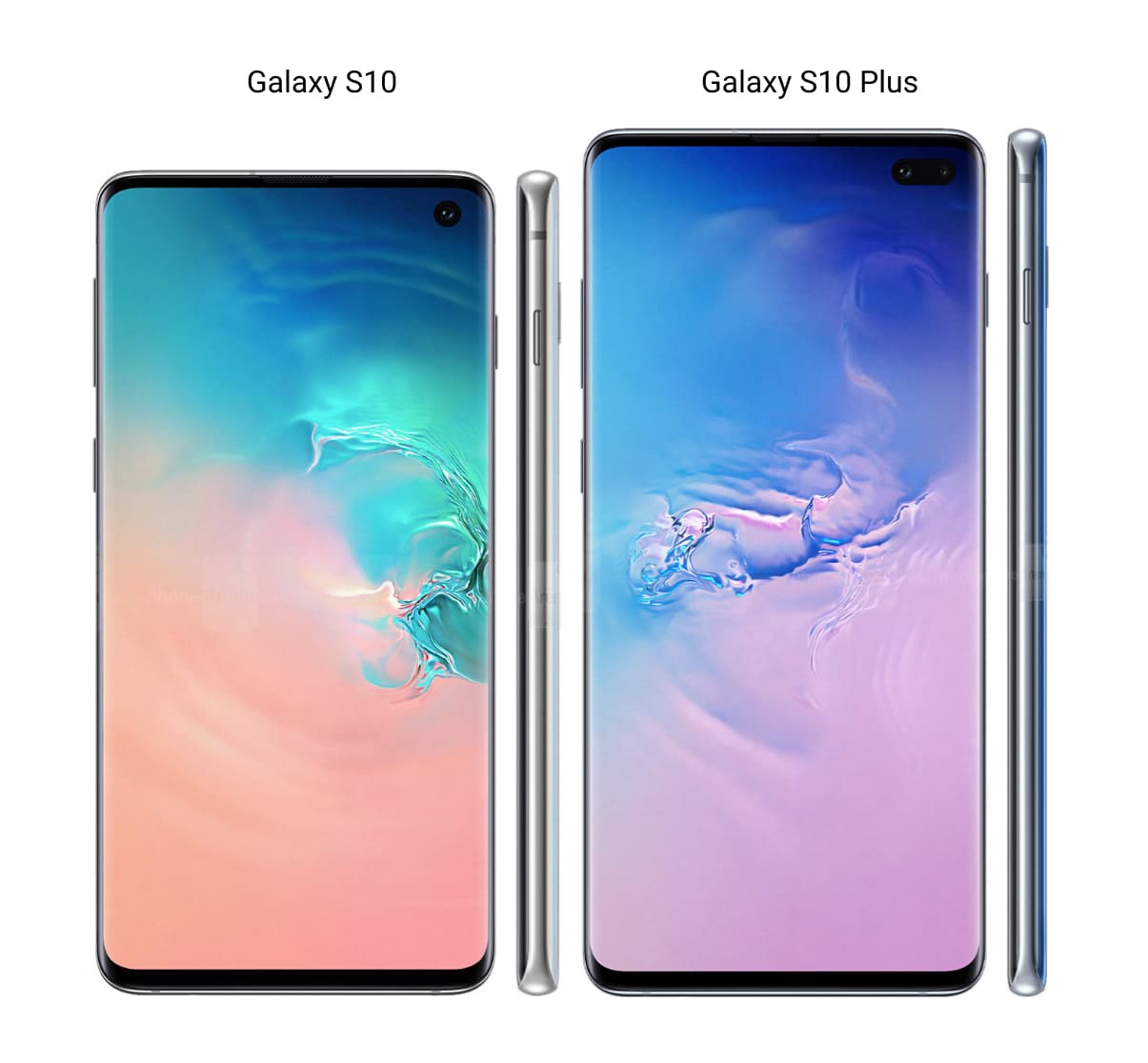 [EN] Our full Samsung Galaxy S10 and S10 Plus review

[EN] Galaxy S10 Plus Review: The biggest and the best