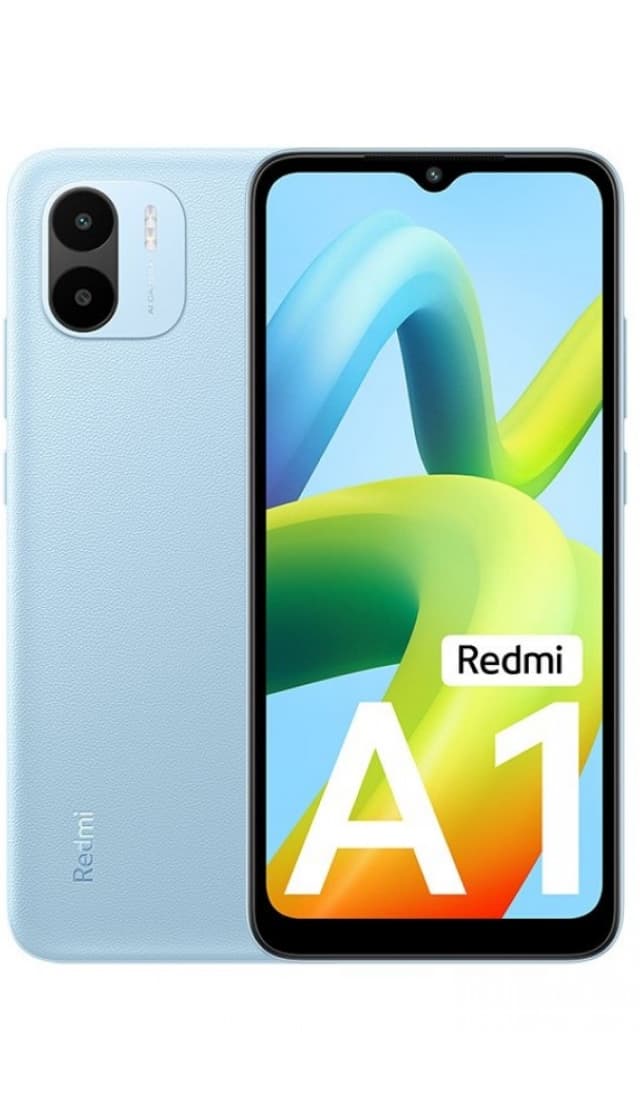 This is a smartphone on Android 12 with a very fast and productive processor, with a huge touchscreen size, with a good camera that has 2 modules (8 MP Wide, 0.3 MP), and the front camera here turned out to be absolutely ordinary. And Xiaomi Redmi A1 has such features: a slot for two SIM cards, cut-out notch above the screen (so that a selfie camera, speakers and additional sensors are placed there).

Also known as: Xiaomi A1.

Shop now or just choose the price Xiaomi Redmi A1

New smartphone from the company Xiaomi got the name Xiaomi Redmi A1 and was announced in September 2022. This model is released in the series of smartphones Xiaomi Redmi.

Smartphone Xiaomi Redmi A1 works out of the box under the operating system Android version 12. According to our information, this model has not received any updates to the software, and if you want to choose some other smartphone on this version of the OS with support for updates, then look at these smartphones on Android 12 in our catalog.

In addition the Xiaomi Redmi A1 — is a smartphone for 2 SIM cards, which is ideal if you use the services of several mobile operators. But this model has one weak point — it does not support 5G networks, which can significantly increase the speed of receiving and sending data to the network. If such a requirement for a smartphone is relevant for you today, then we have collected in the catalog all smartphones with support for 5G networks at any price and from different manufacturers.

The most important thing you need to know about the case and form factor Xiaomi Redmi A1. The body is quite compact and the screen occupies almost all of its area from edge to edge (from 80% to 90% of the area of the case). There is a cutout above the screen to take up even more space on the front of the case. As you have seen in the photo, here is a drop-like cutout for a selfie camera. On the front side of the case is located huge IPS LCD-screen with diagonal 6.52″. At the same time, a battery with a capacity of 5 000 mAh.

Take photos and videos on smartphone Xiaomi Redmi A1 possible on the main camera (8 MP Wide + 0.3 MP with a regular lens) and on the front camera (5 MP with a regular lens). We tried to group all smartphones in the catalog into segments and this model with such a main camera got in the segment of weak chambers. And today there are a lot of camera phones at affordable prices, which we recommend that you look at.

So, in Xiaomi Redmi A1 is installed 8-core processor on the chipset Helio A22 (12 nm). As for RAM, the memory module is used here 2 GB.

You can store your photos, videos, music and applications both on the built-in smartphone memory, and on memory cards microSDXC. You are only available 32 GB built-in memory, so you need to be more careful about what you store on the device.

Price for Xiaomi Redmi A1: buy or not to buy?

So we told about cheapest powerful smartphone Xiaomi Redmi A1 with a huge screen, conventional main camera and weak frontal, and still there is a super-capacious battery.

All these characteristics in 2022 may be good, but the time goes by and the smartphone will somehow become obsolete in half a year of the beginning of sales. And by the way, to sell it start in September 2022 at a price of $80. This is the official price from the manufacturer without taxes and fees, so it can differ in each country, and not only for different sellers.

Before you buy Xiaomi Redmi A1, be sure to check out all the photos and video reviews on it, or better still go to the offline store (electronics supermarket) and twist it in your hand. And already then, based on the emotions received from the smartphone, make the decision to buy.

And if Xiaomi Redmi A1 is not already sold, when you are reading this text, then do not be upset. We advise you to always visit the page DROID smartphones, where we collect only the most current models on new versions of Android OS. 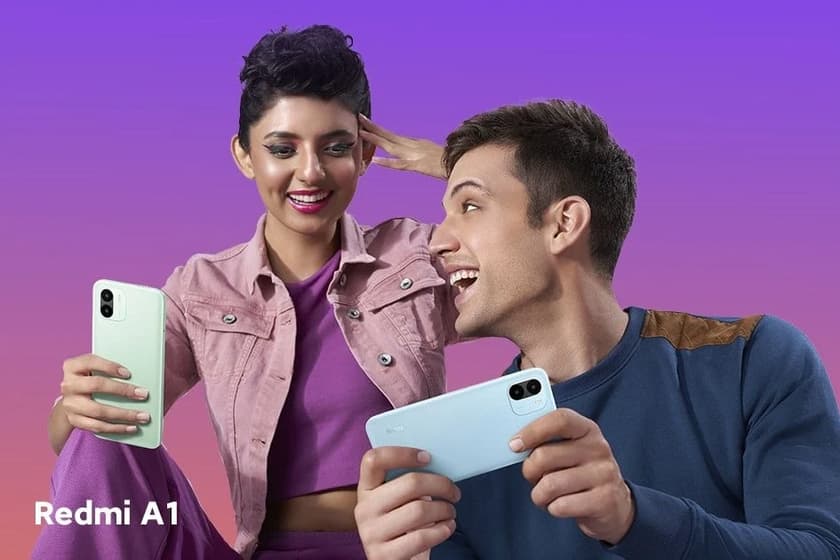 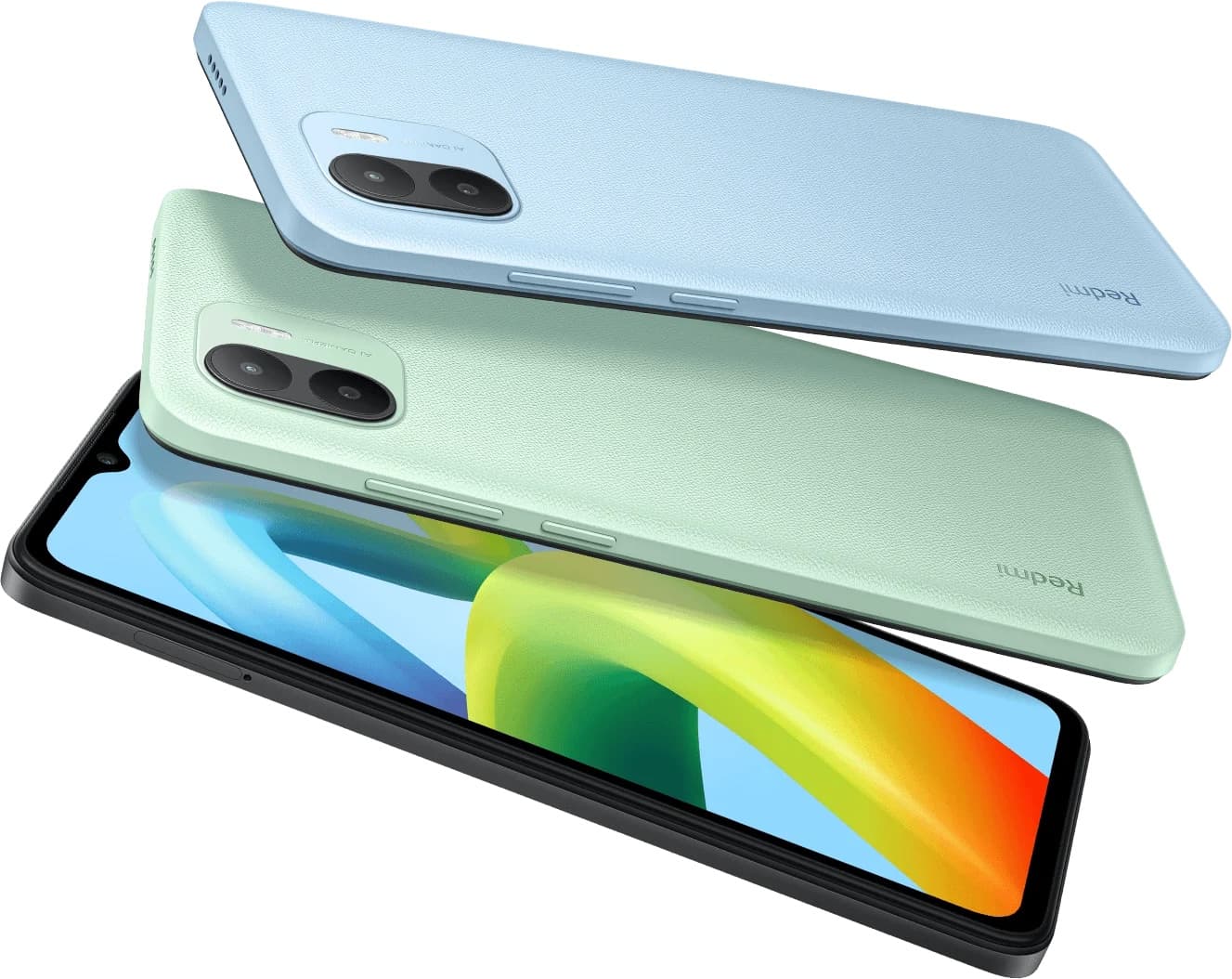 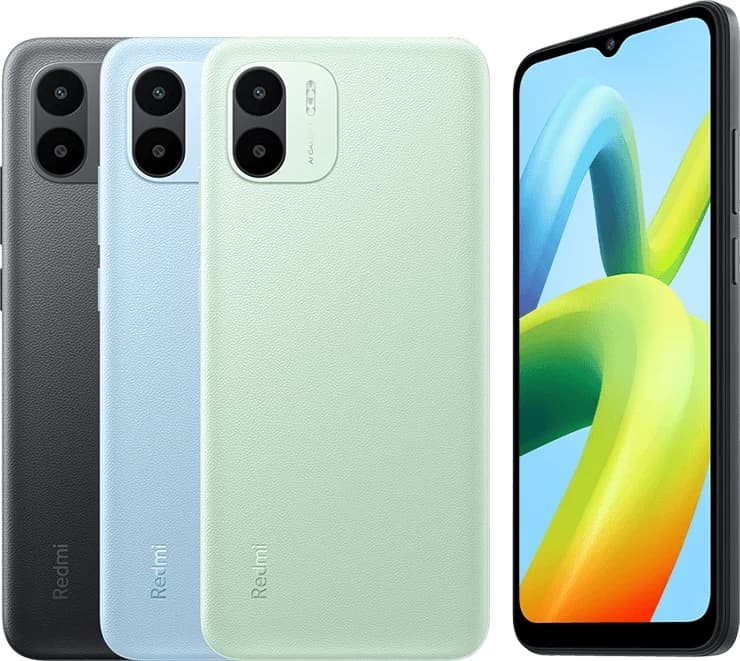 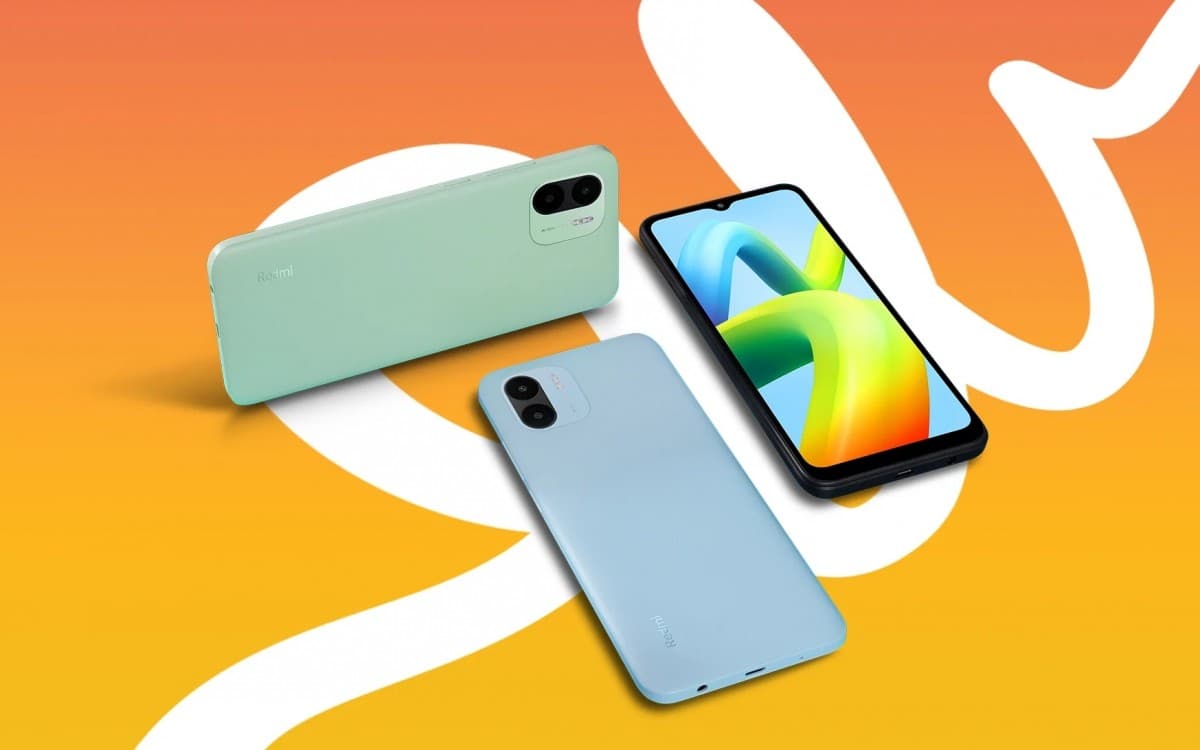 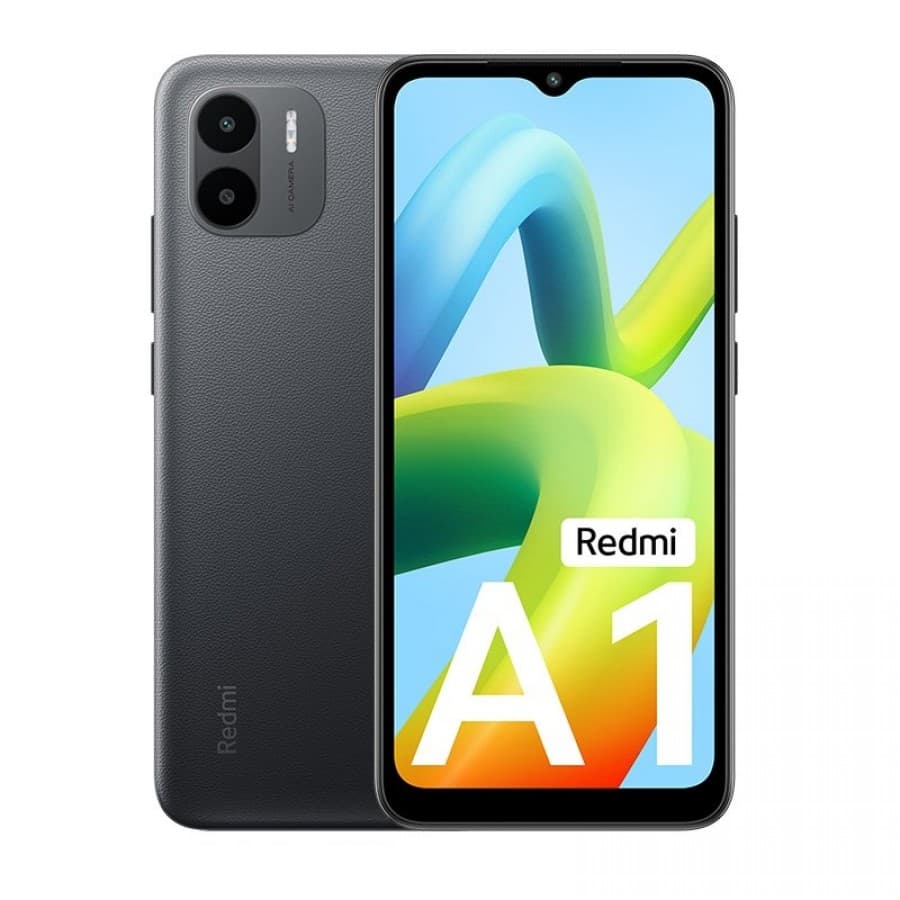 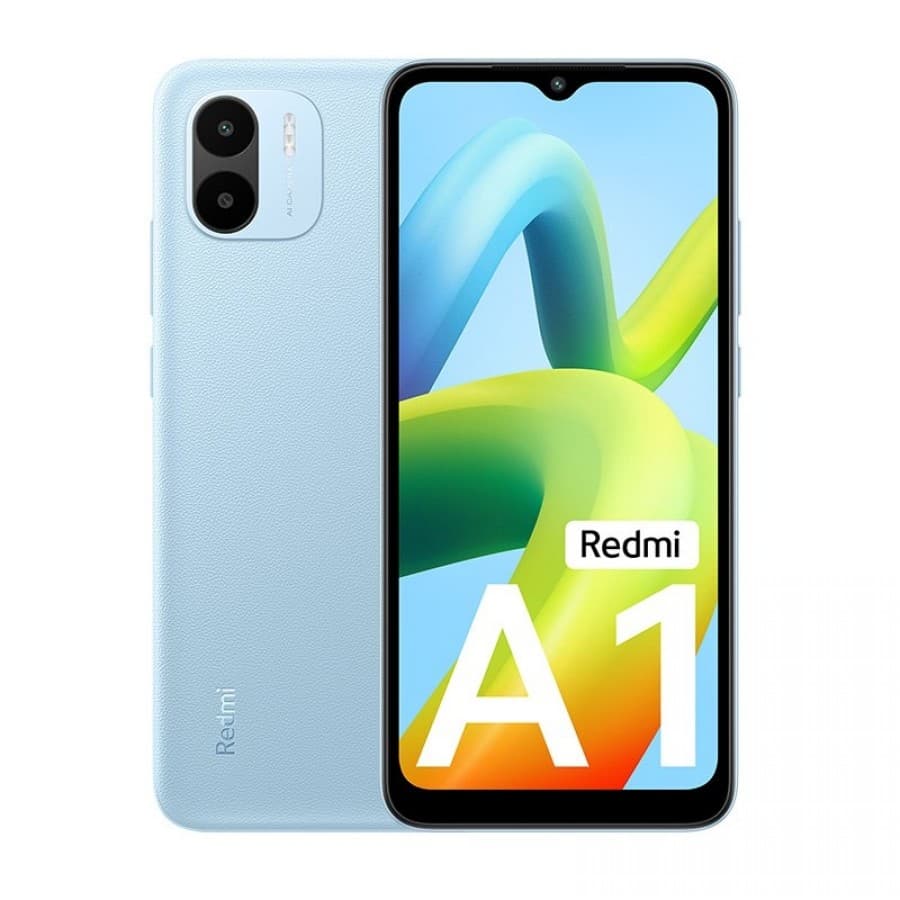 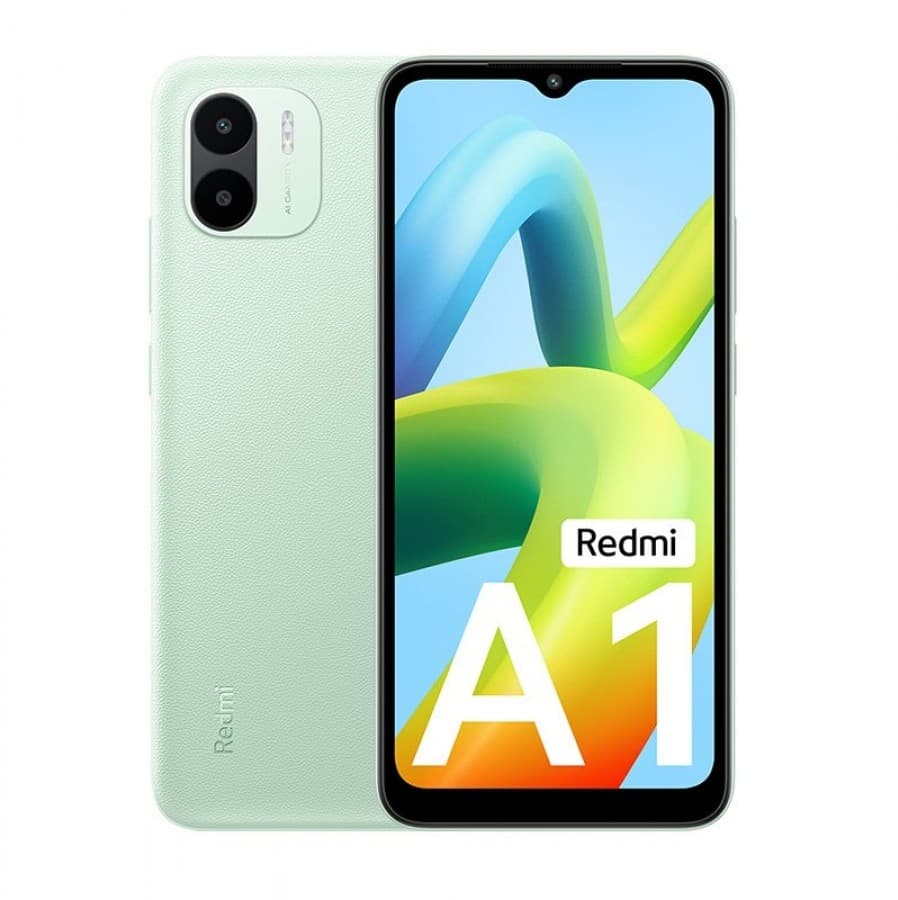 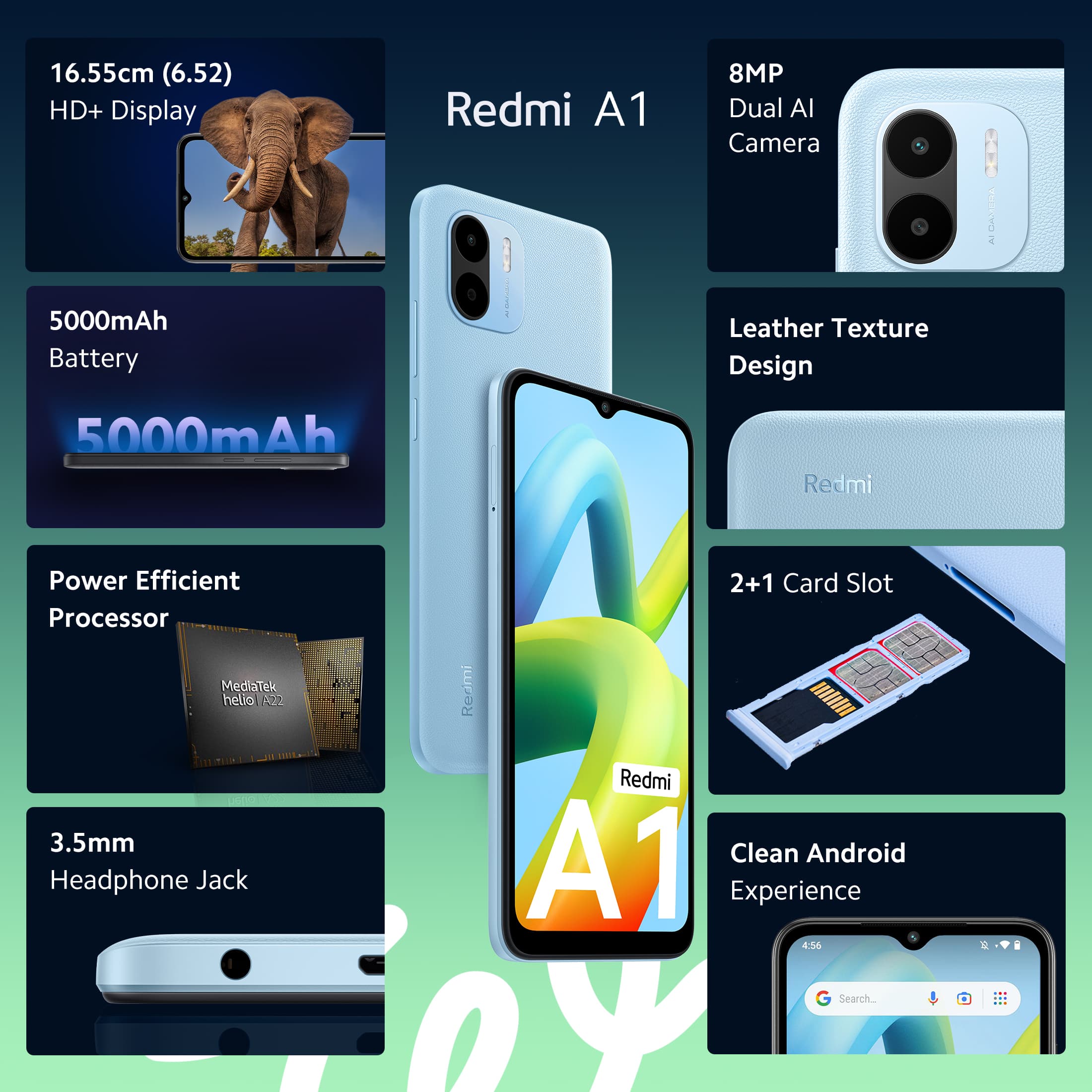 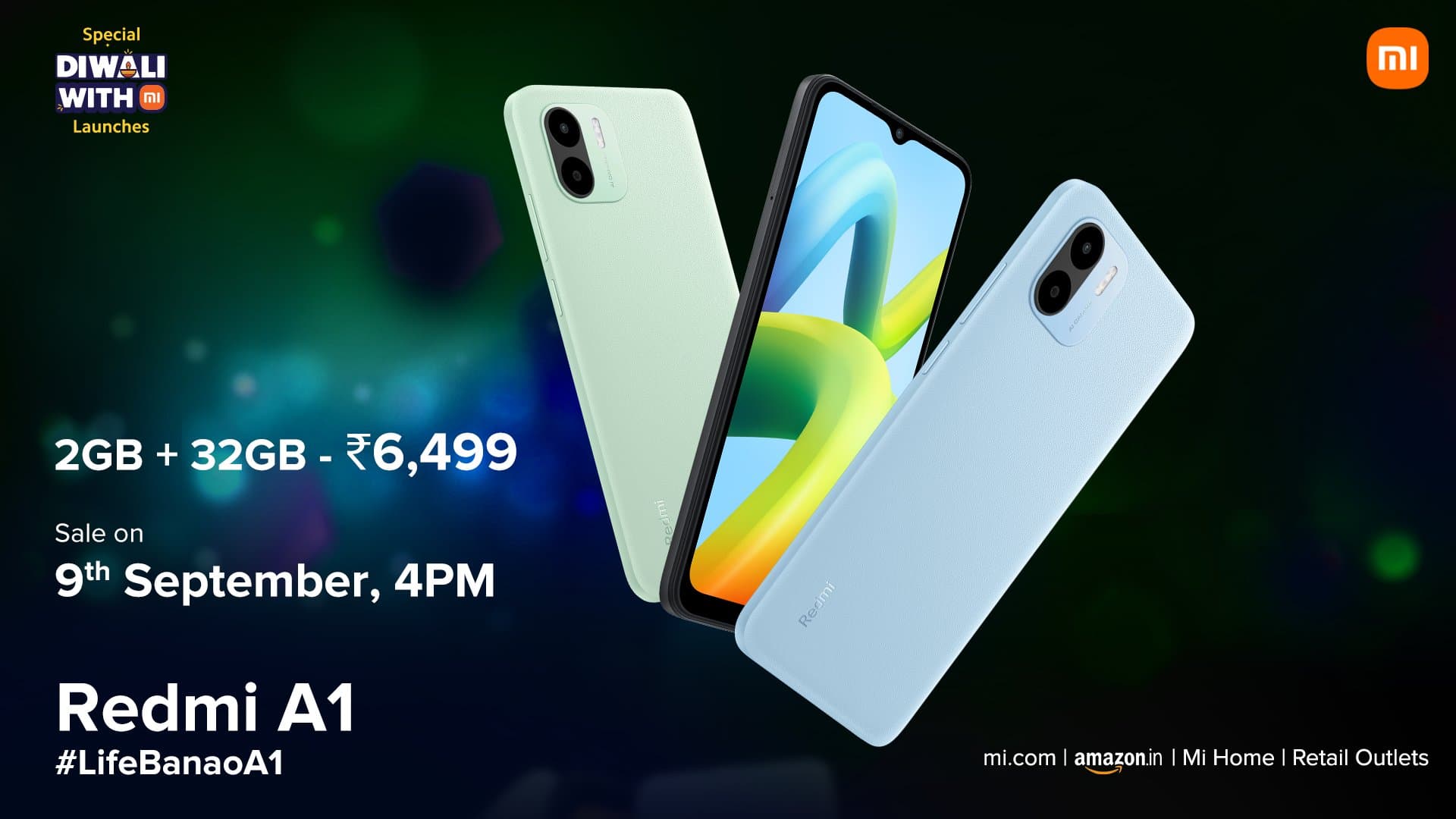 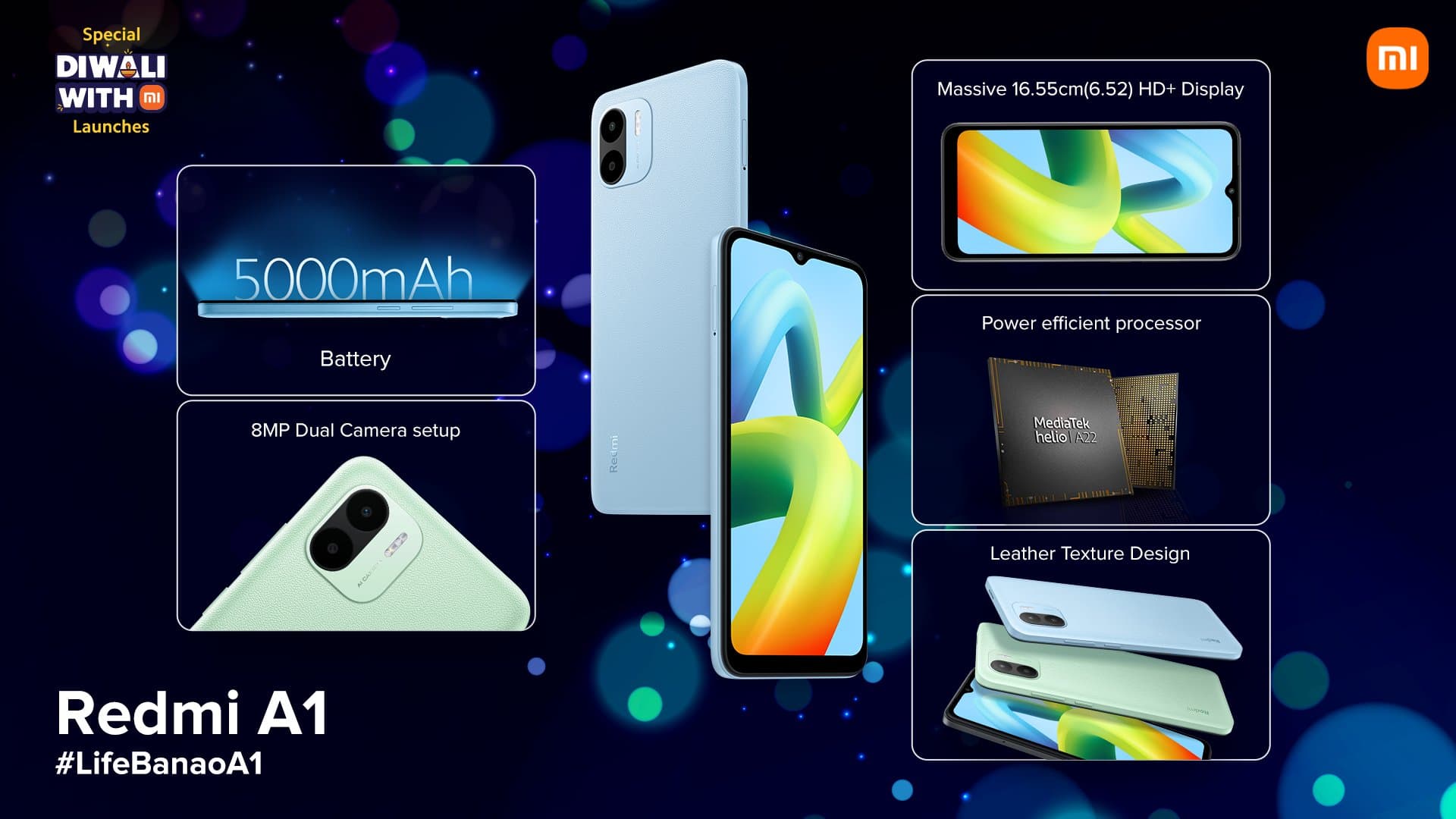 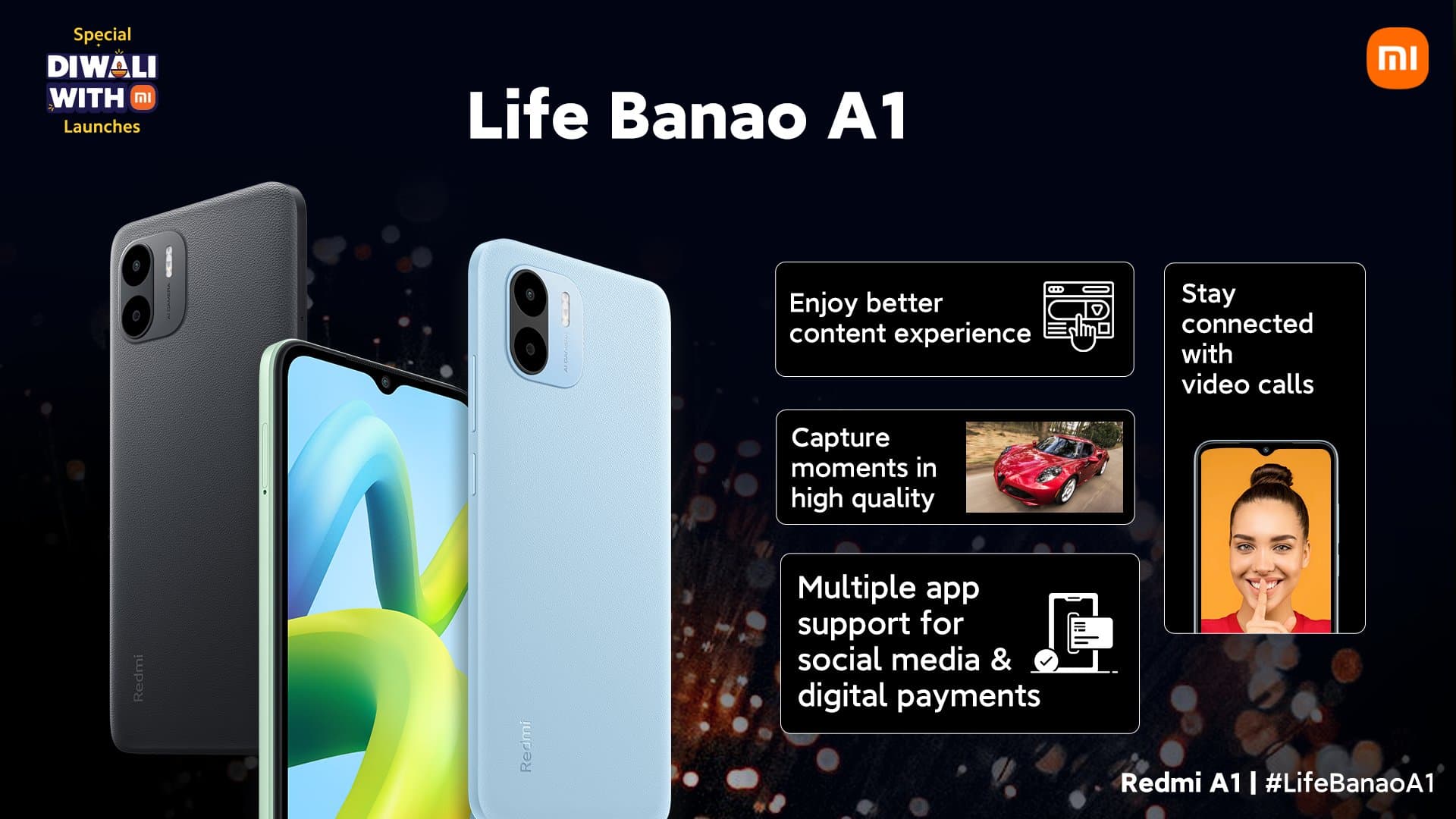 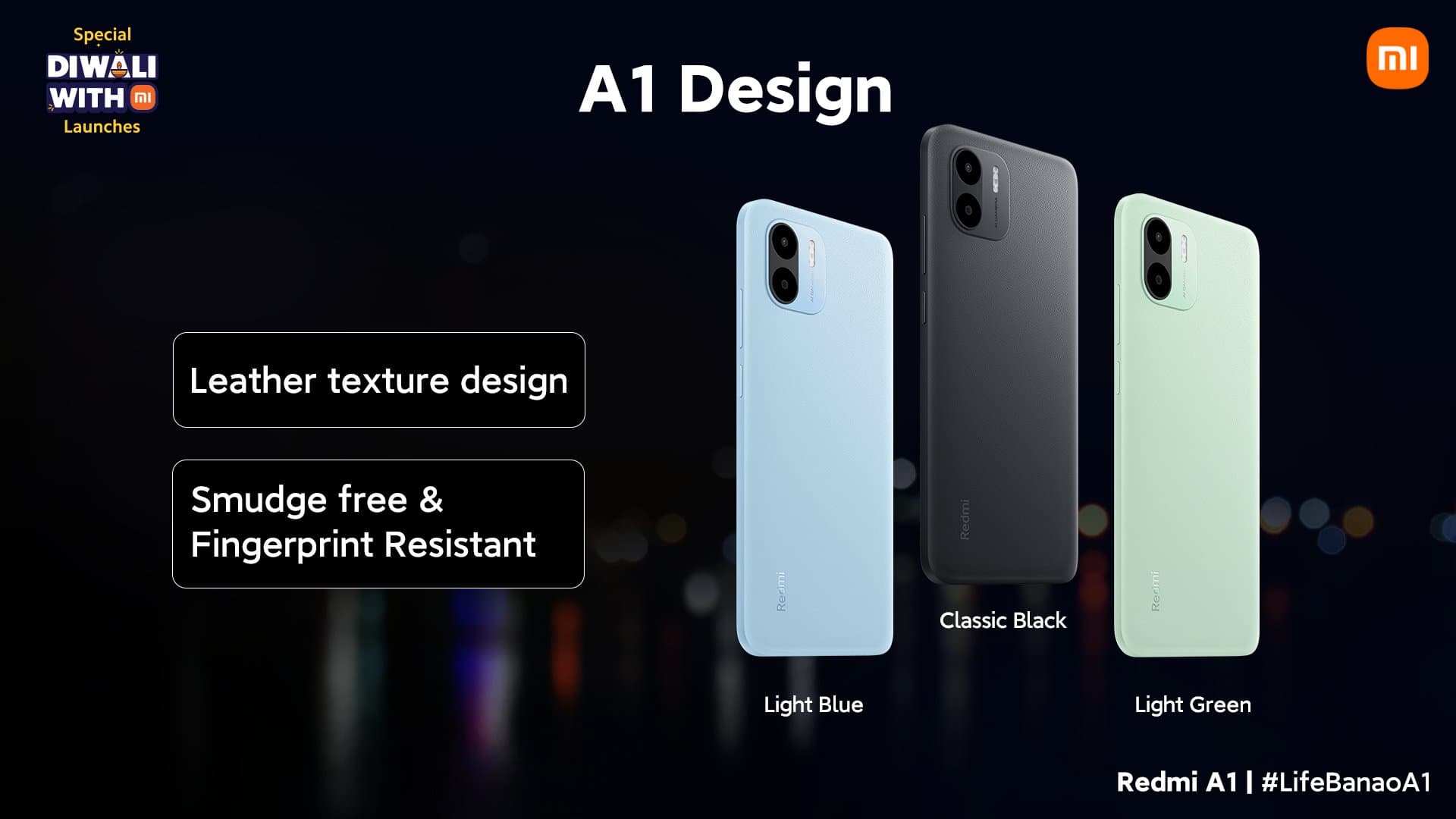 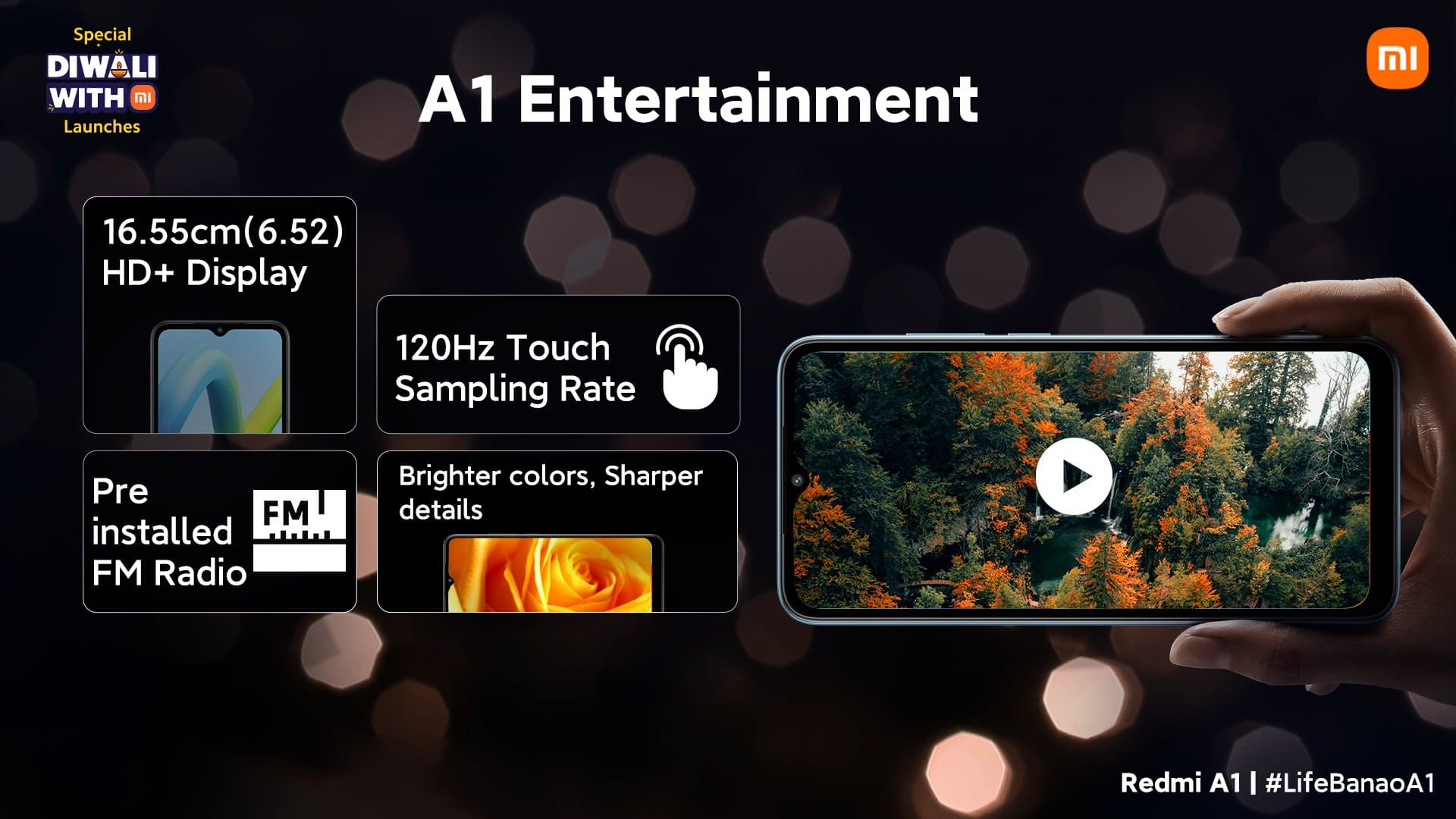 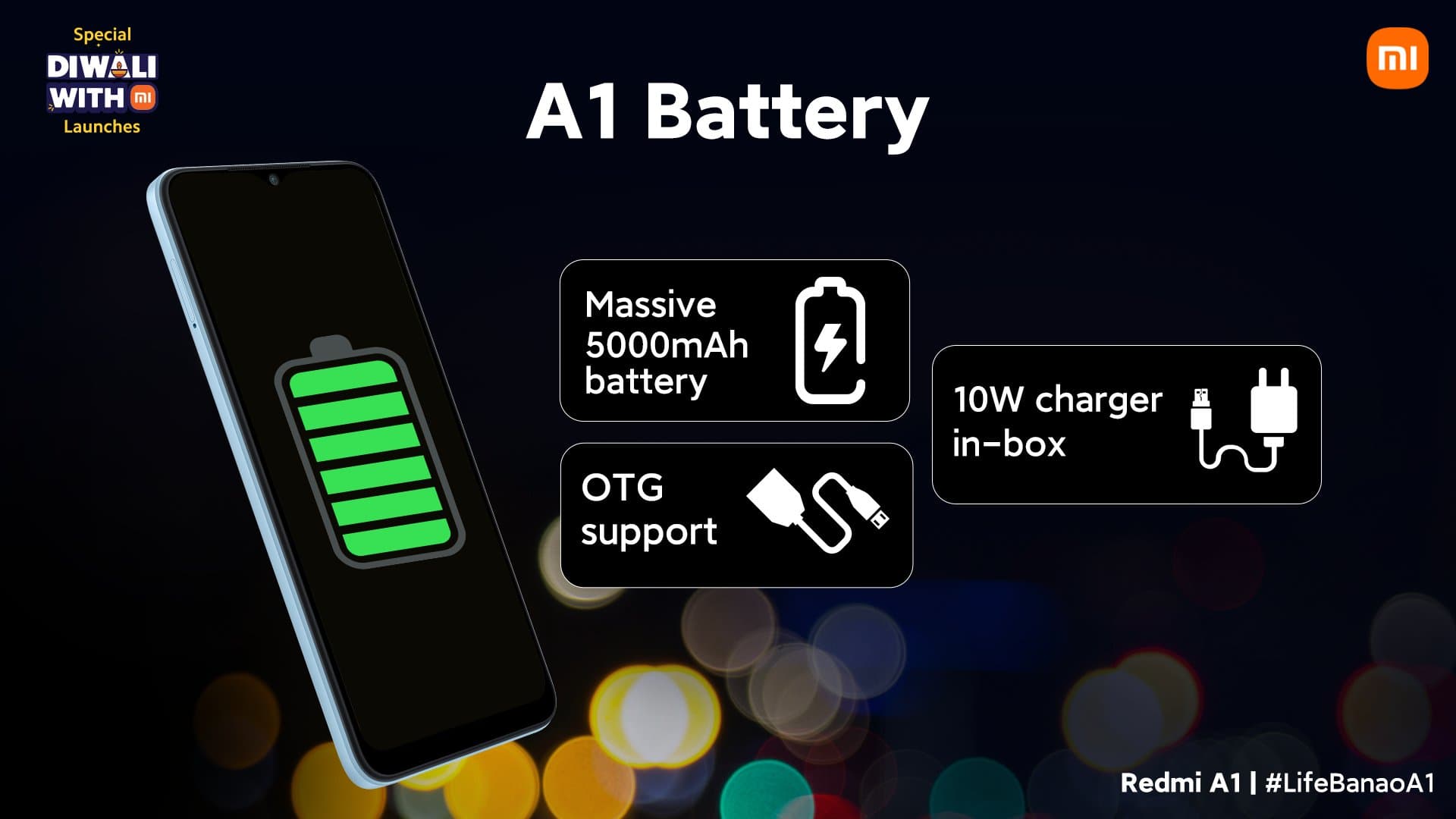 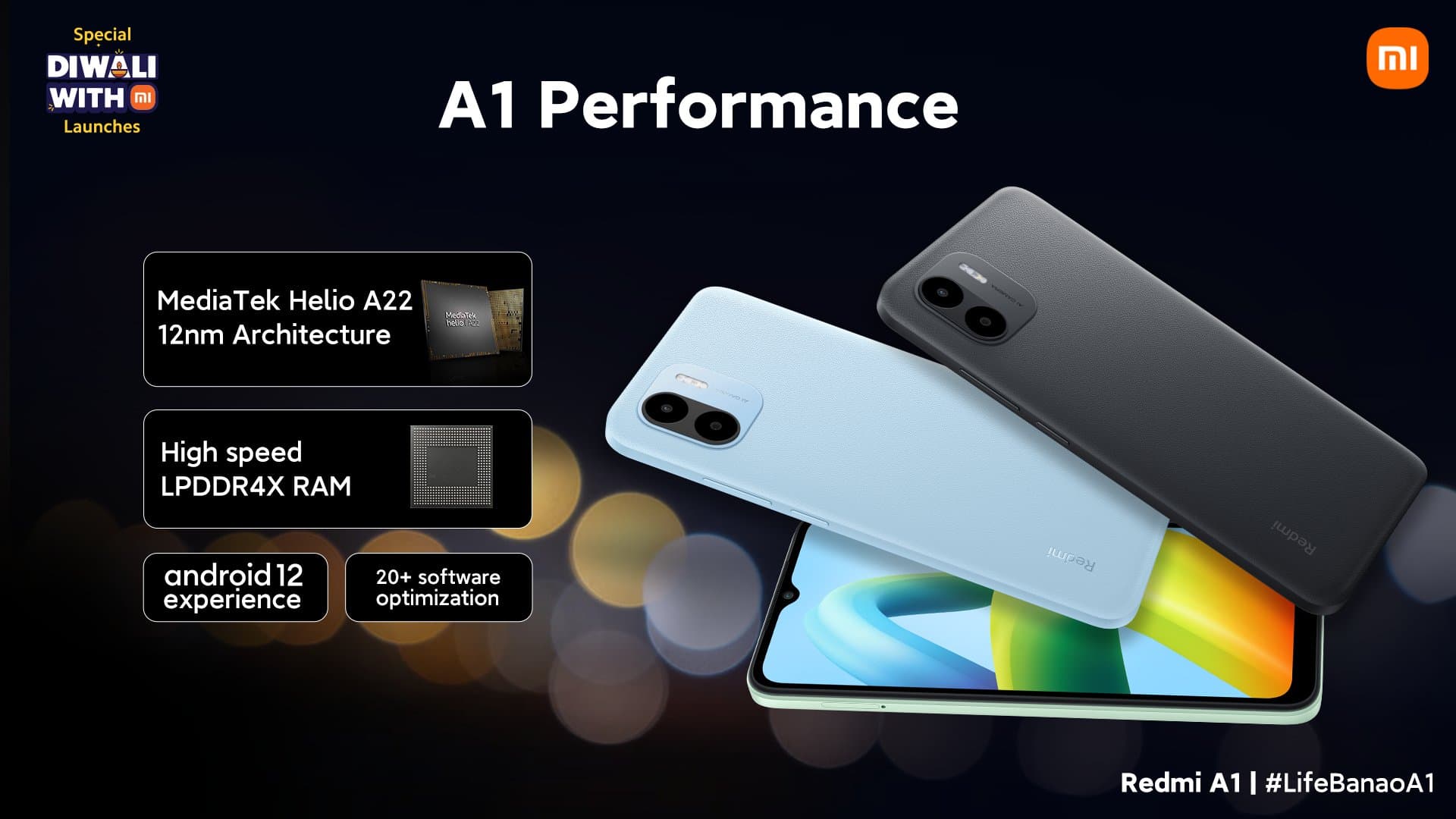 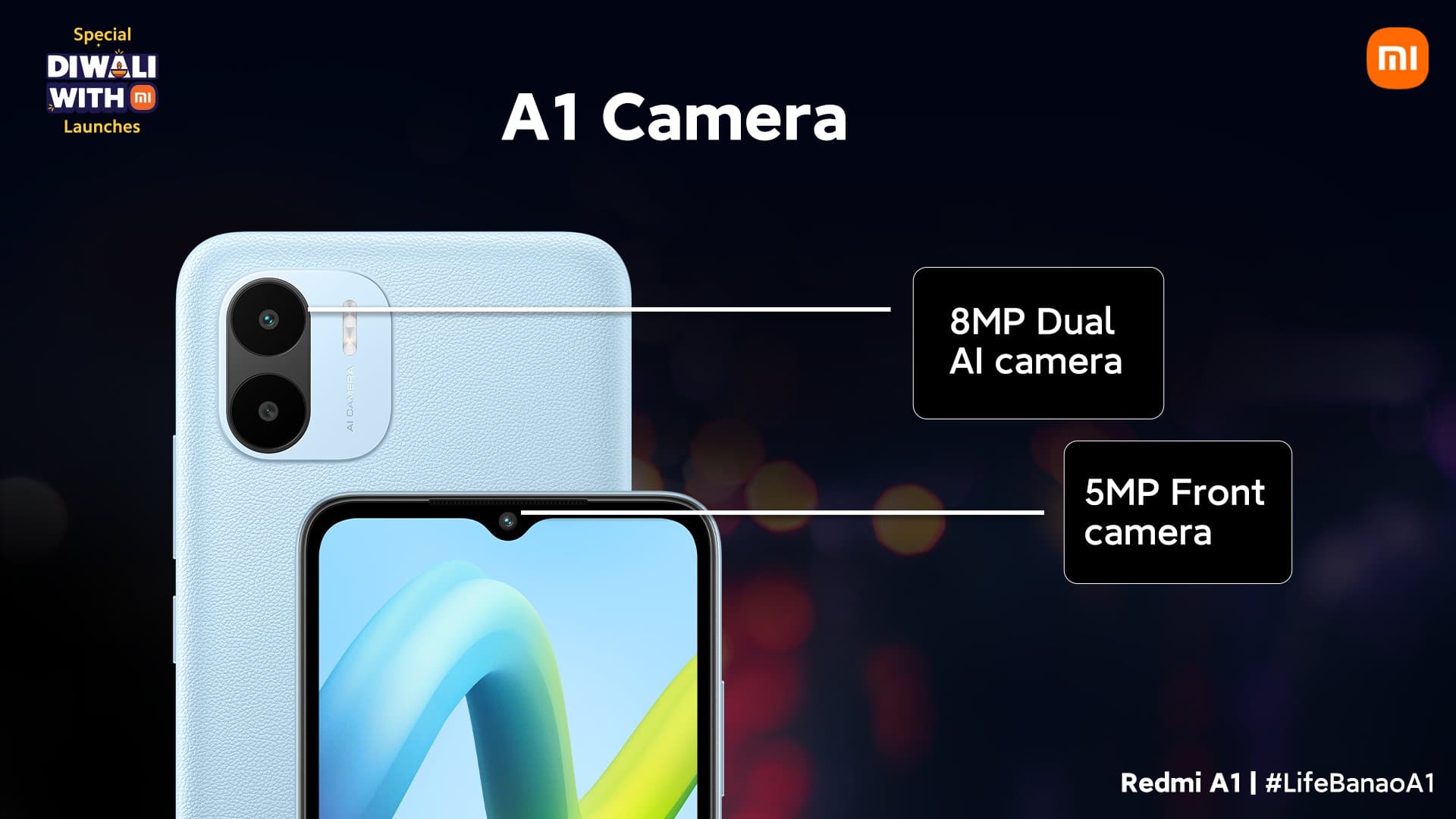 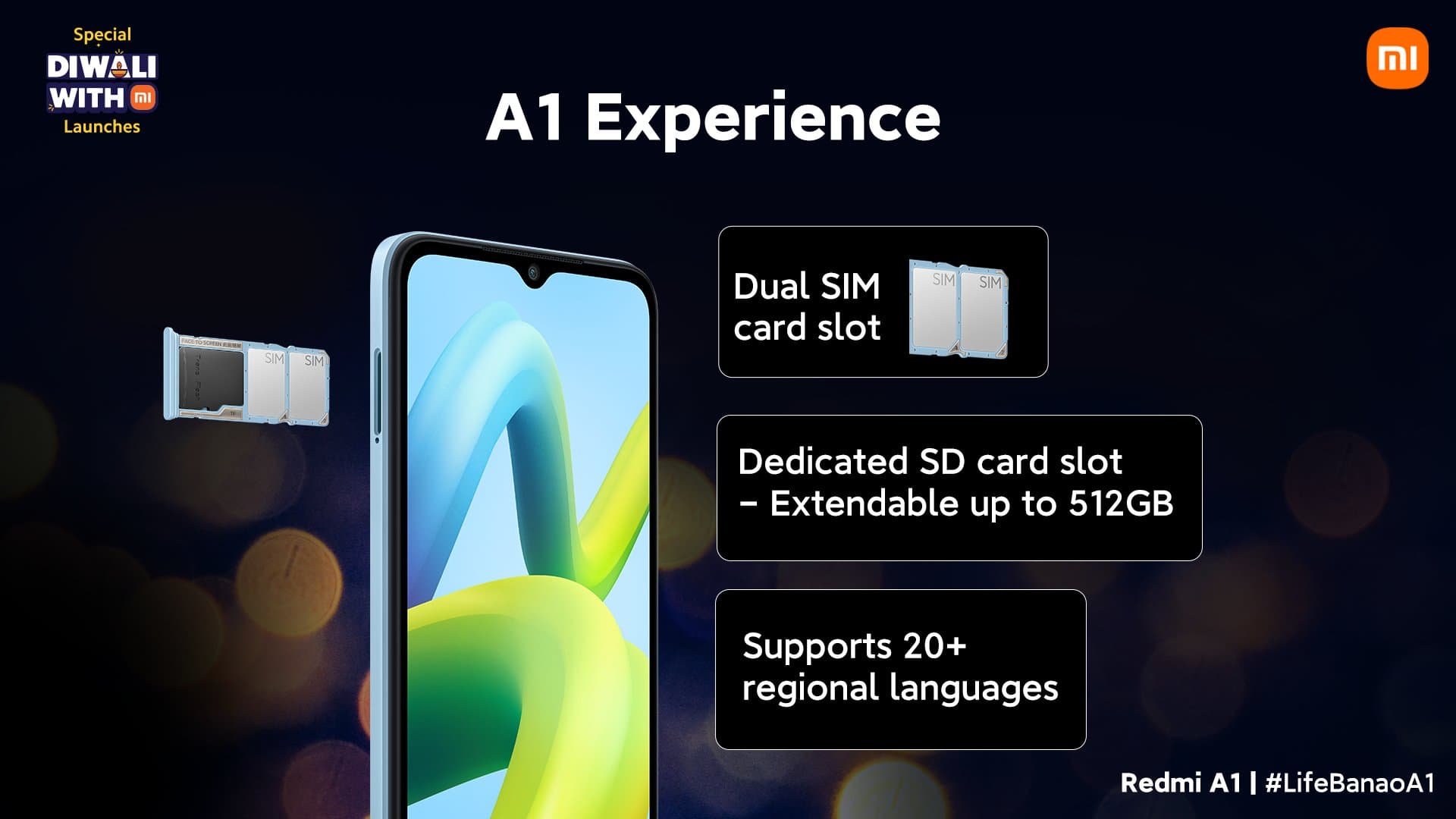 Timeline of news and rumors Xiaomi Redmi A1

This smartphone is also called Xiaomi A1, so do not get confused if you find such a name on some websites. In India, you can buy the 2/32 GB version of the Xiaomi Redmi A1 for $80 in blue, black, or green colors.