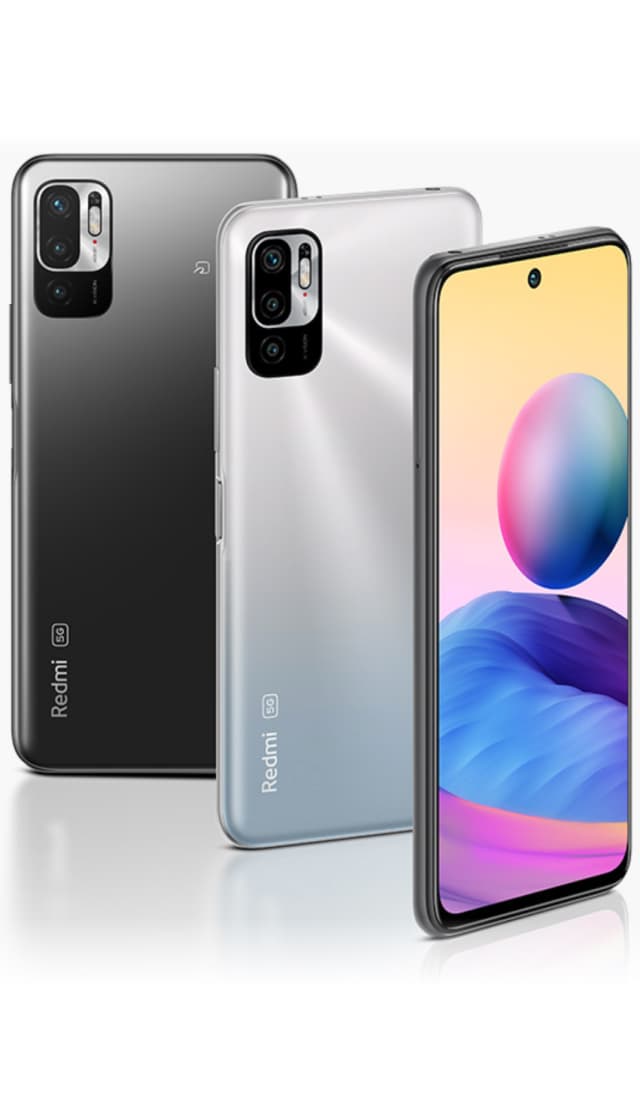 This is a smartphone on Android 11 with a very fast and productive processor, with a huge touchscreen size, with a very cool camera that has 3 modules (48 MP Wide, 2 MP Macro, 2 MP Depth sensor), and the front camera here turned out to be absolutely ordinary. And Xiaomi Redmi Note 10 JE (Japan) has such features: cut-out notch above the screen (so that a selfie camera, speakers and additional sensors are placed there), dust and water protection.

Xiaomi Redmi Note 10 JE (Japan) is smartphone of 2021, which was officially announced in August the world′s electronics manufacturer — the company Xiaomi.

In 2021 this new model works out of the box running the Android operating system 11. But in the market of android-smartphones an important factor when buying a new device is the possibility of updating it to a fresh version of the OS. So Xiaomi Redmi Note 10 JE (Japan) has not received any software updates, which is very sad, so we advise you to look at other DROID-smartphones in our catalog.

Smartphone Xiaomi Redmi Note 10 JE (Japan) does not support two SIM cards, only works with one SIM card. Therefore, if you want to choose and buy a dual-smartphone, then look at the page on which we have collected android smartphones with 2 sim cards. There is another feature of this model — it works in the fifth generation networks (5G). This means that you can watch online video in 4K or even 8K quality without loading delay, you can play online games without freezing the interface. All 5G smartphones save battery power and can run longer than on 3G\LTE networks.

In the case Xiaomi Redmi Note 10 JE (Japan) thickness 8.9 mm is placed battery for 4 800 mAh and a very large IPS LCD touchscreen with a diagonal 6.5″ and refresh rate 90 Hz. As you can see in the official photos, the body has a neat little cutout in the screen that houses the selfie camera. Thus, the manufacturer decided to increase the screen area without increasing the physical size of the smartphone body. The screen is very close to the edges of the case, which also improves the ergonomics of using the phone with one hand. In addition Xiaomi Redmi Note 10 JE (Japan) still has dust and water protection. This model could become a flip smartphone and get into our catalog on a separate page, where all phones with flexible screens are collected. Unfortunately, this did not happen. And therefore, if you are interested in smartphones with such top-end characteristics, we advise you to look at them in our catalog and get a deeper understanding in which direction the entire mobile electronics industry is moving. Perhaps, in a couple of years, every second person on the planet will have such flip smartphones.

Take photos and videos on smartphone Xiaomi Redmi Note 10 JE (Japan) possible on the main camera (48 MP Wide + 2 MP Macro + 2 MP Depth sensor) and on the front camera (8 MP Wide). We tried to group all smartphones in the catalog into segments and this model with such a main camera got in the top segment. At the moment this is one of the best cameras on the market, so we advise you to buy this smartphone and enjoy the quality of the photos and videos taken on his camera.

A smartphone that always works fast, smoothly and does not overheat is a smartphone-dream! You can see how fast our Xiaomi Redmi Note 10 JE (Japan) works in video reviews, and now let′s talk briefly about the characteristics of the processor and memory. This model received 8-core processor on the chipset Snapdragon 480 5G (8 nm). The amount of RAM is 4 GB.

The built-in memory on which you will store photos, videos, music and all your data, has a volume of 64 GB. In addition, the smartphone supports memory cards microSDXC.

Price for Xiaomi Redmi Note 10 JE (Japan): buy or not to buy?

So we told about not very cheap powerful smartphone Xiaomi Redmi Note 10 JE (Japan) with a huge screen, chic main camera and weak frontal, and still there is a great capacious battery.

All these characteristics in 2021 may be good, but the time goes by and the smartphone will somehow become obsolete in half a year of the beginning of sales. And by the way, to sell it start in August 2021 at a price of $268. This is the official price from the manufacturer without taxes and fees, so it can differ in each country, and not only for different sellers.

Before you buy Xiaomi Redmi Note 10 JE (Japan), be sure to check out all the photos and video reviews on it, or better still go to the offline store (electronics supermarket) and twist it in your hand. And already then, based on the emotions received from the smartphone, make the decision to buy.

And if Xiaomi Redmi Note 10 JE (Japan) is not already sold, when you are reading this text, then do not be upset. We advise you to always visit the page DROID smartphones, where we collect only the most current models on new versions of Android OS. 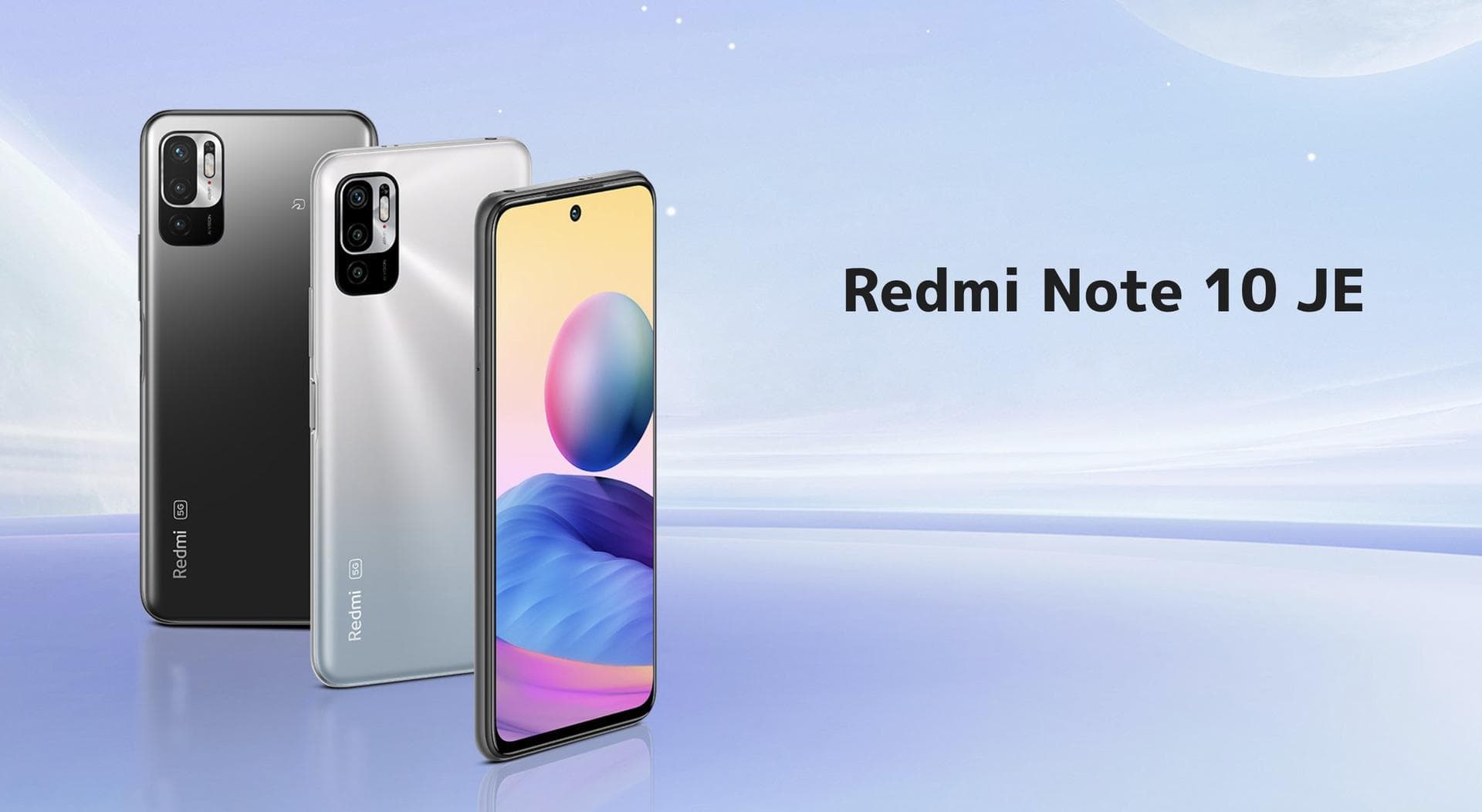 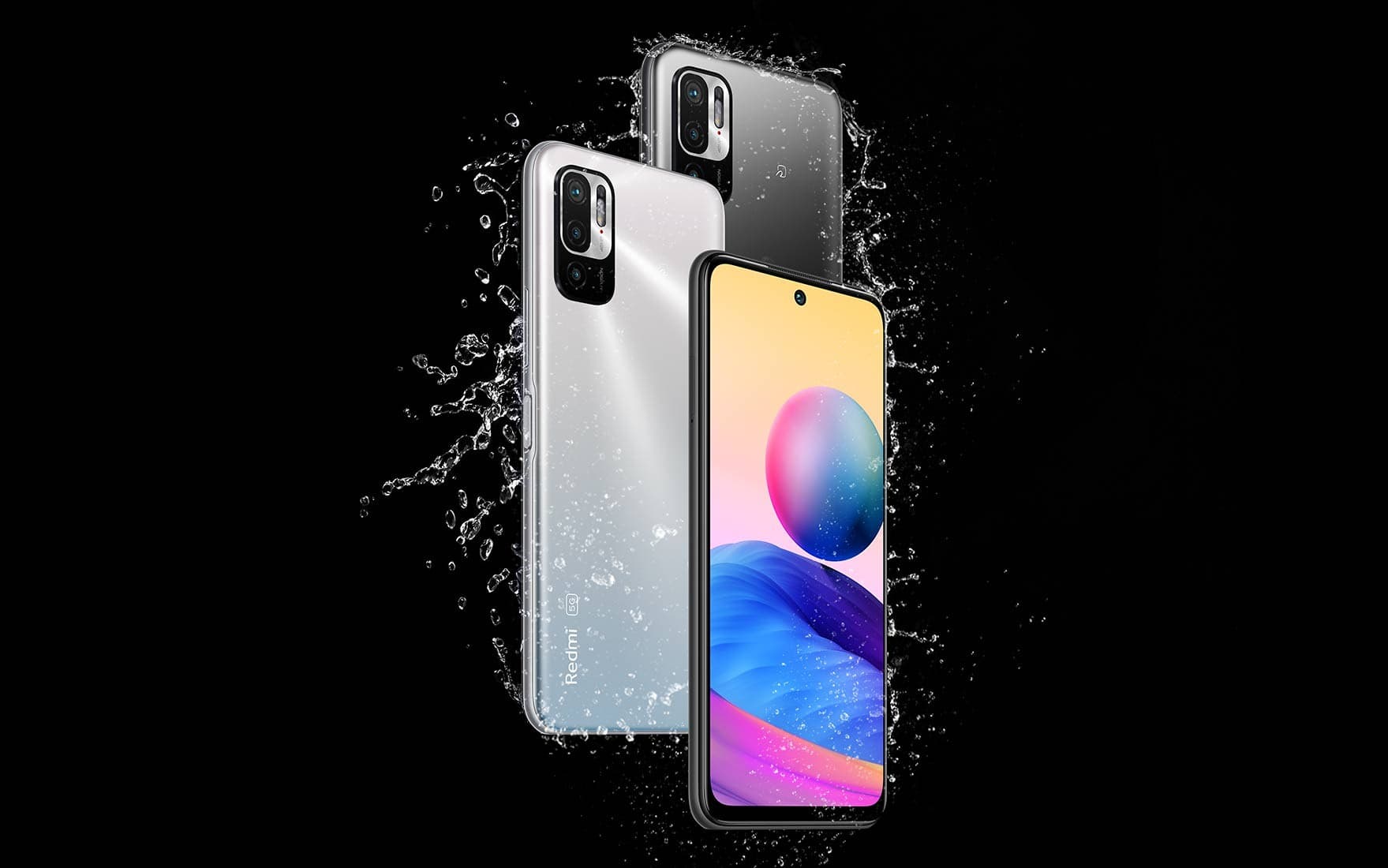 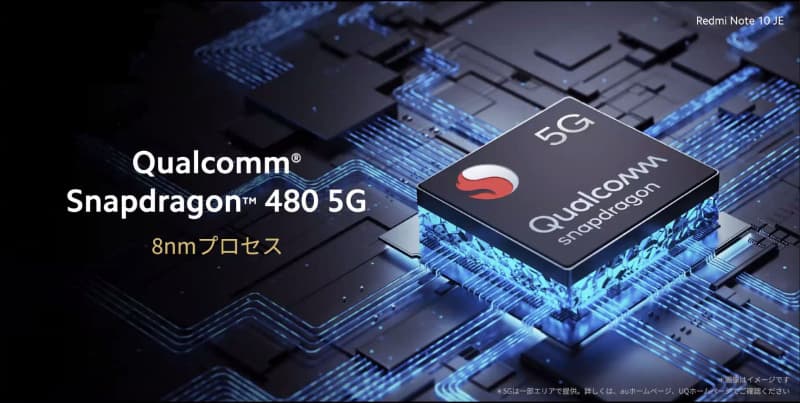 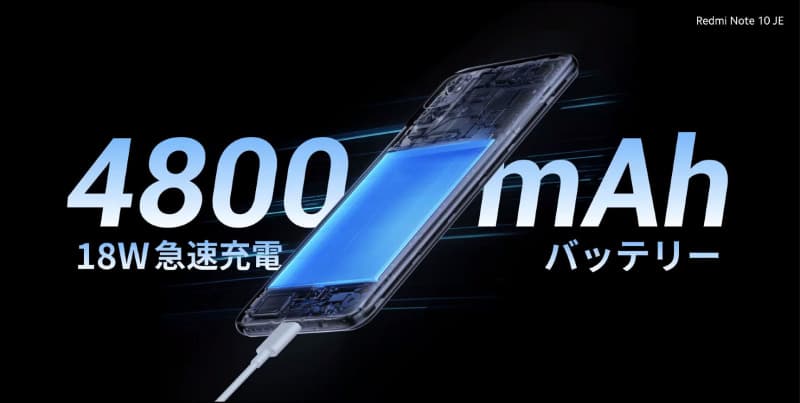 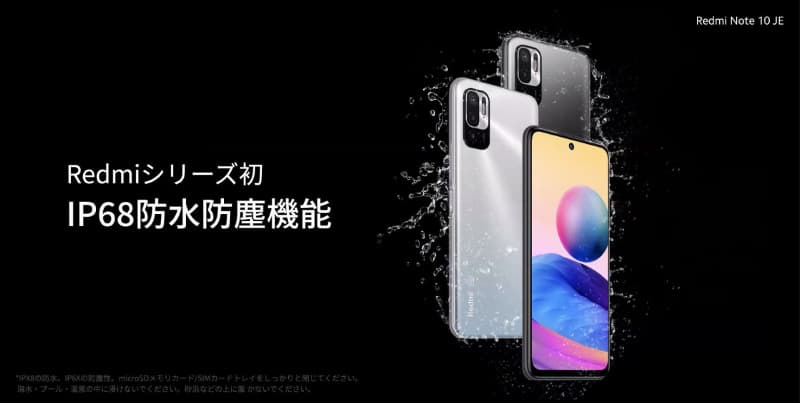 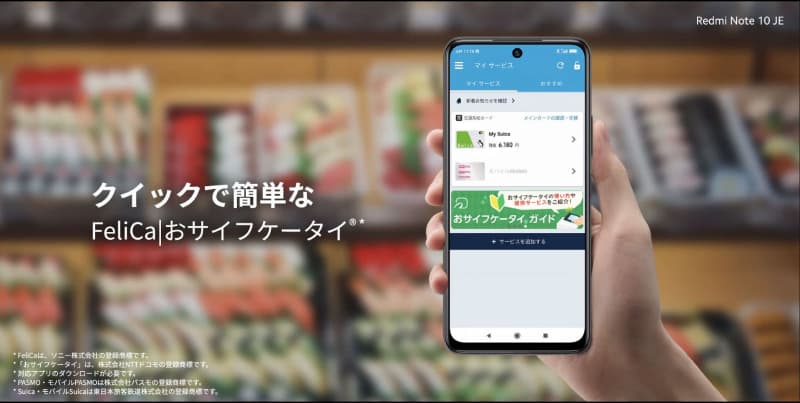 Sales of the Redmi Note 10 JE smartphone will begin in Japan on August 13 at a price of $268. This model will be exclusive to the Japanese market, but its twin brother is already on sale in China under the name Xiaomi Redmi Note 10 5G (China). There are a few minor differences between these two models, but otherwise they are like two peas in a pod.

The first difference is the Qualcomm Snapdragon 480 processor, which supports local Japanese 5G networks (instead of the MediaTek Dimensity 700 chip, which the Chinese sister received).

The second difference is two characteristics in a smartphone that are important for the Japanese. Protection of the case against water and dust (IP68 standard is supported) and support for the Japanese contactless payment system FeliCa (from Sony).

The third difference is the slightly lower battery capacity (4800 mAh instead of 5000 mAh). The rest of the specs of the Redmi Note 10 JE are just as good for this price: 6.5-inch screen (IPS, 90HZ image refresh rate, FHD+), triple rear camera (48MP + 2MP + 2MP), selfie camera with 8MP module, 64 GB + 4 GB internal memory and RAM (respectively), a headphone jack, a USB-C port, an IR sensor and a side fingerprint sensor for unlocking the smartphone.

Redmi Note 10 JE will be sold only in the Japanese market. It is not yet known whether a global version of this model will be announced.